A friend and colleague once suggested that “you are living my life, it just got mixed up and you are in my place.” Regular readers know that more times than not we have to pinch ourselves to believe we have actually been given this opportunity. If there was one thing we wish is that we could better share the special moments, places and people have met along the way.

Background: We have really had a lot of  “bad” weather recently. I know bad weather is relative, particularly in the Bahamas but after the last cold front passed through an invitation went through the anchorage to meet on this small little spit of land that is mostly covered at high tide to share a “sun-downer” and a sunset.

After being “trapped” on boats for a couple of days every boat in the anchorage was in full attendance.

The amazing thing is within this group you will find every social & economic class represented but every person there knows they are sharing a special moment. We are in the middle of a tropical preserve, on a little spit of land that in a few hours will erase every sand print as if we were never there. We will all board our individual boats, some we will see again, others probably not. None of us though forget friends and family from home, “cruisers” we have traveled with and wish they all could be on that little spit of land to share a “sun-downer” and a sunset. 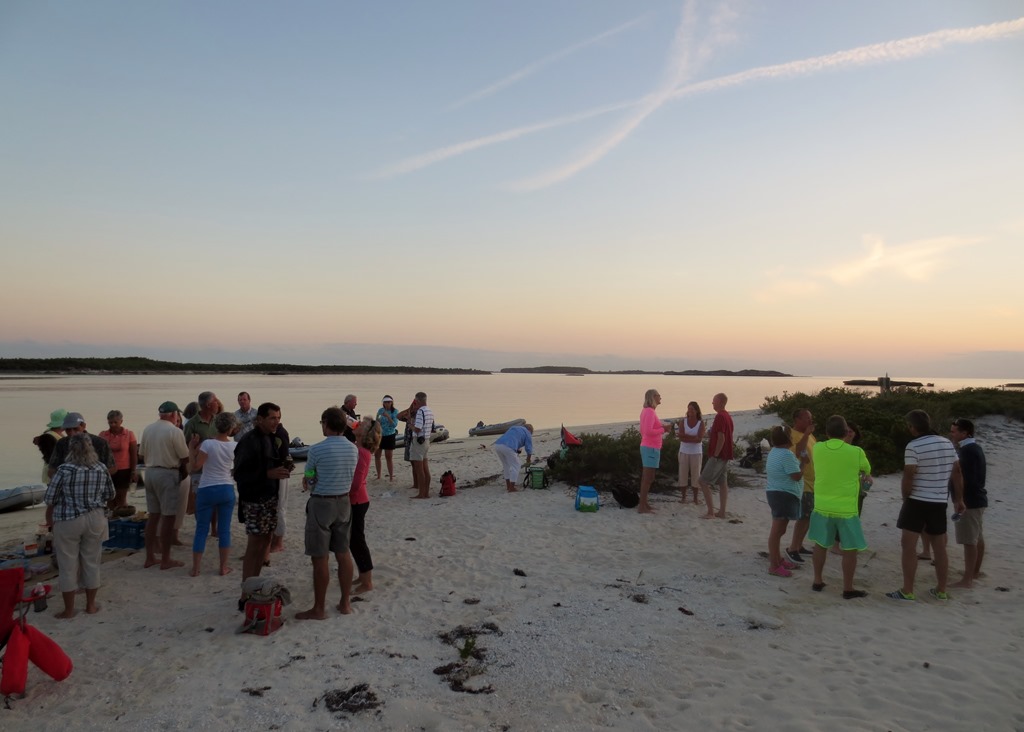 We are lucky and a bit blessed and know it..wish you were here friend and colleague

Magnolia had been waiting for a weather window for nearly two weeks when finally our opportunity presented itself we were off! We departed Tuesday AM but actually we were a little of ahead of the of the “perfect” weather so on recommendation we stayed inside the Florida Reef transiting the Hawk Channel. In hindsight, it was a really lucky break. 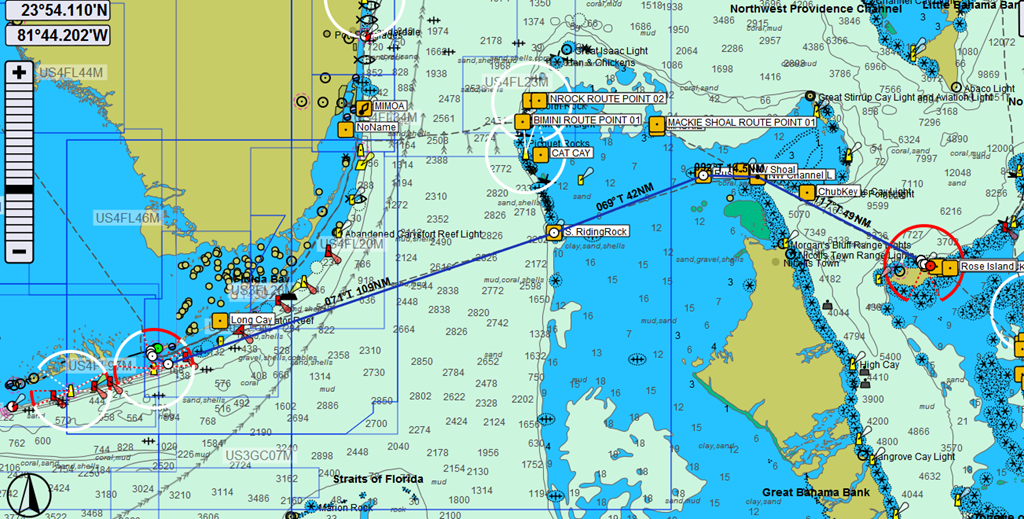 As you might remember we had the heat exchanger failure on the way to Marathon. As it turned out, that problem was not quite done with us. As we arrived in Marathon I am sure the alternator was functioning. I thought it was functioning when we did a small departure test but once we got underway for a couple hours, well it was definitely dead. Not a big deal because we do carry a spare and thankfully we were in the Hawk Channel so we could anchor and swap the alternator out. The swap and test took, 20 minutes so we were ready to go! Almost, as soon as we pulled up the anchor we picked up a piece of Dacron line which prevented the shaft from rotating. I donned snorkel gear and went over the side but as soon as I saw the wad of line I knew I was not going to get it with just snorkel gear. Not having scuba gear we called Tow Boat US for a diver. They are like the marine version of AAA roadside assistance.  Another hour and we were underway.

As long as we could get clear of the reef before dark we could still continue on to the Bahamas. As you can see we were not the last boat to get across the reef. 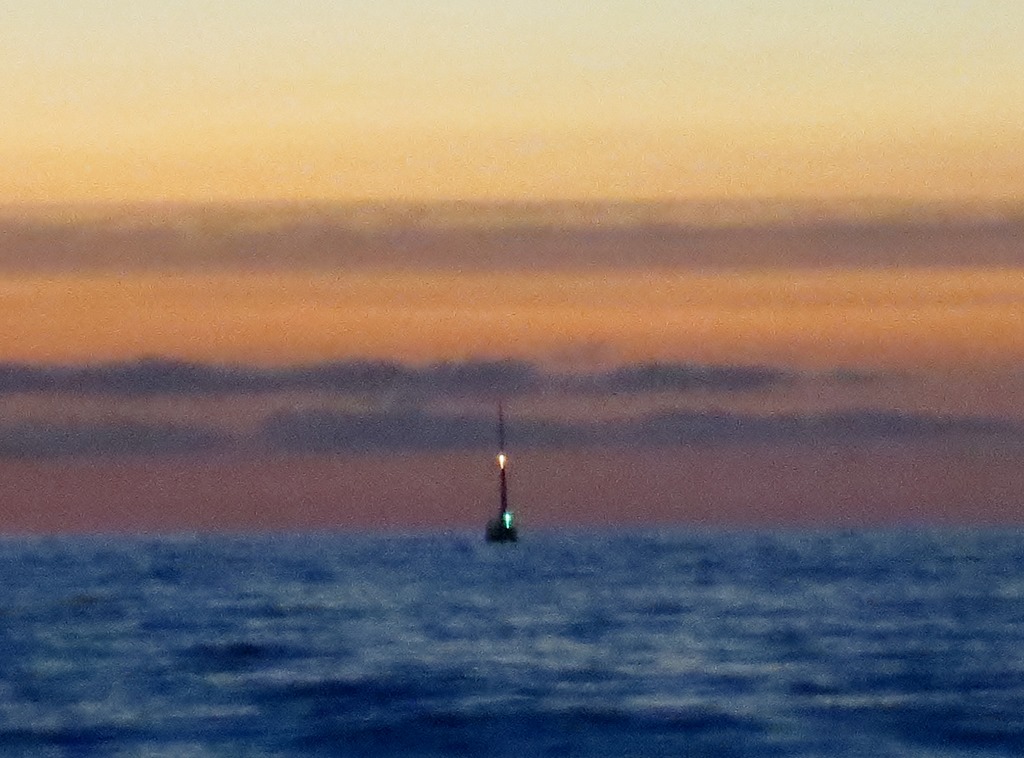 We continued on and had terrific weather crossing the Gulf Stream which can be a very rough ride but on this particular night, we had no problem whatsoever.

We crossed the Gulf Stream and continued across the Bahamas Banks across the top of the  Tongue Of The Ocean arriving Chub Cay on Wednesday afternoon. We dropped anchor and got a good nights sleep before continuing onto Nassau.

Early Thursday morning we made the short 7 hour transit to Nassau where we checked into Bahamas Customs & Immigration. We made a quick trip to the store for some supplies.

Our friends Ron & Nancy on Mandala had departed Wednesday from Ft Lauderdale and arrived  Nassau a few hours after we did. It was great to catch up for a great evening. 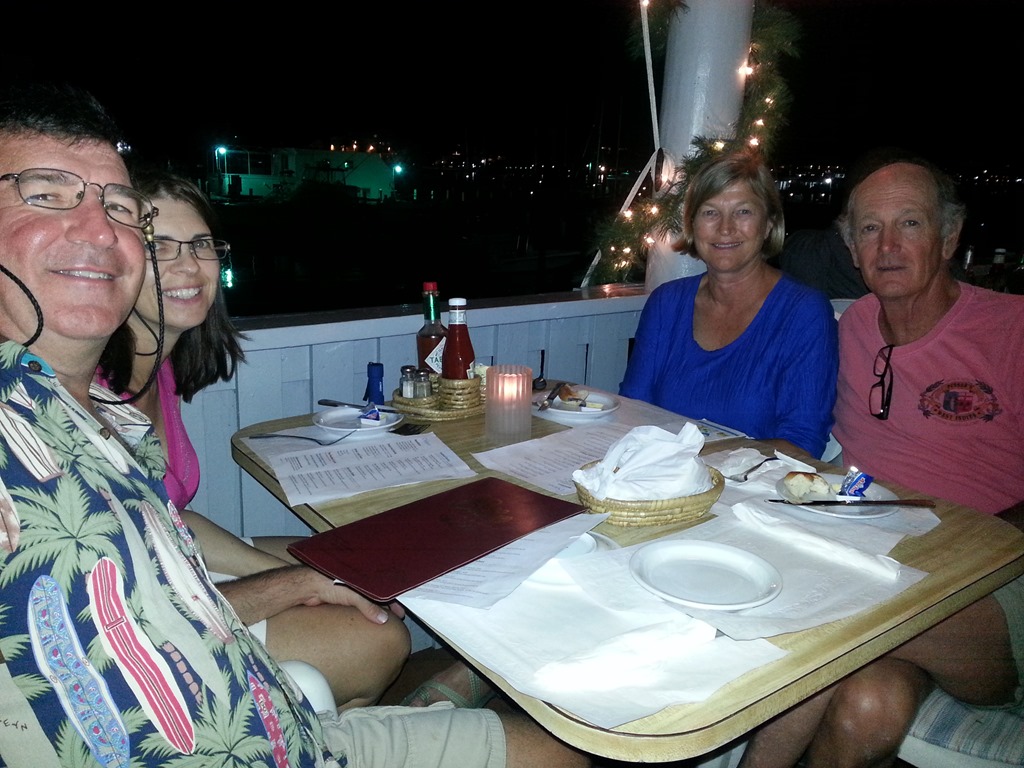 Magnolia got underway right away on Friday morning before a front was to arrive and anchored a couple miles west behind Rose Island. As you can see Exuberant had just got her anchor down with moments to spare! 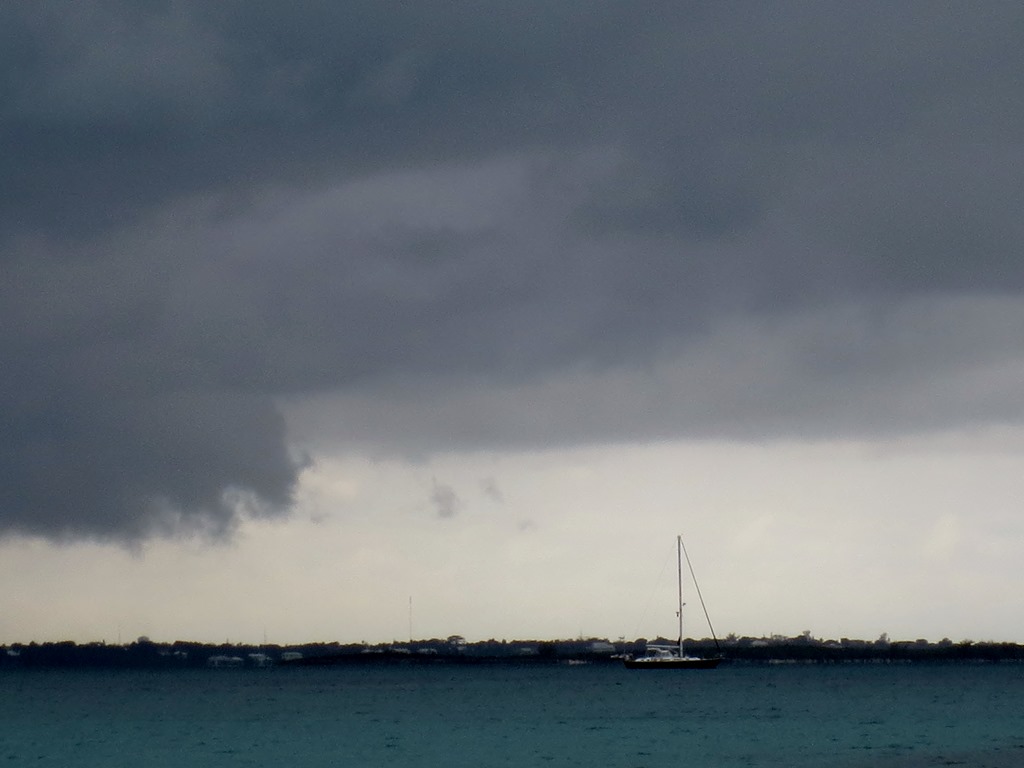 We have been anchored behind Rose Island for about 36 hours and as the below track shows we have had wind from EVERY direction! 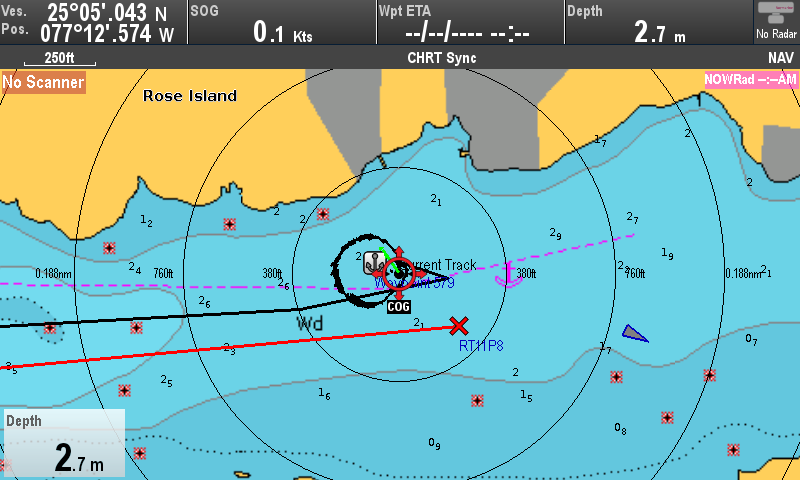 We are expecting a good 30 knt blow from the north tonight but expect that to pass quickly and expect to have a terrific down wind sail on Monday. We will be entering the Bahamas National Trust in the middle of the week for a several day visit. There is no internet or phone service so we will be out of touch for a few days. 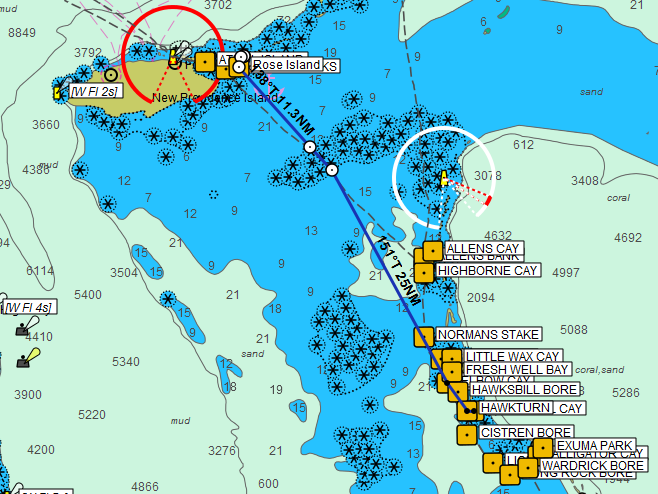 We wish you all could be with us here! Be safe, be well!

This is a silly movie I made while we were in Miami. It was suppose to give a peek into the world that is Magnolia.

Magnolia has really enjoyed our stay in Marathon, FL but before we left really wanted to visit Key West. Luckily there is bus service all along the FL Keys so we just caught a very reasonably priced bus for our day trip. The one thing we really wanted to see was the “Truman Whitehouse” at the old Submarine Base at Key West.  http://www.trumanlittlewhitehouse.com/ 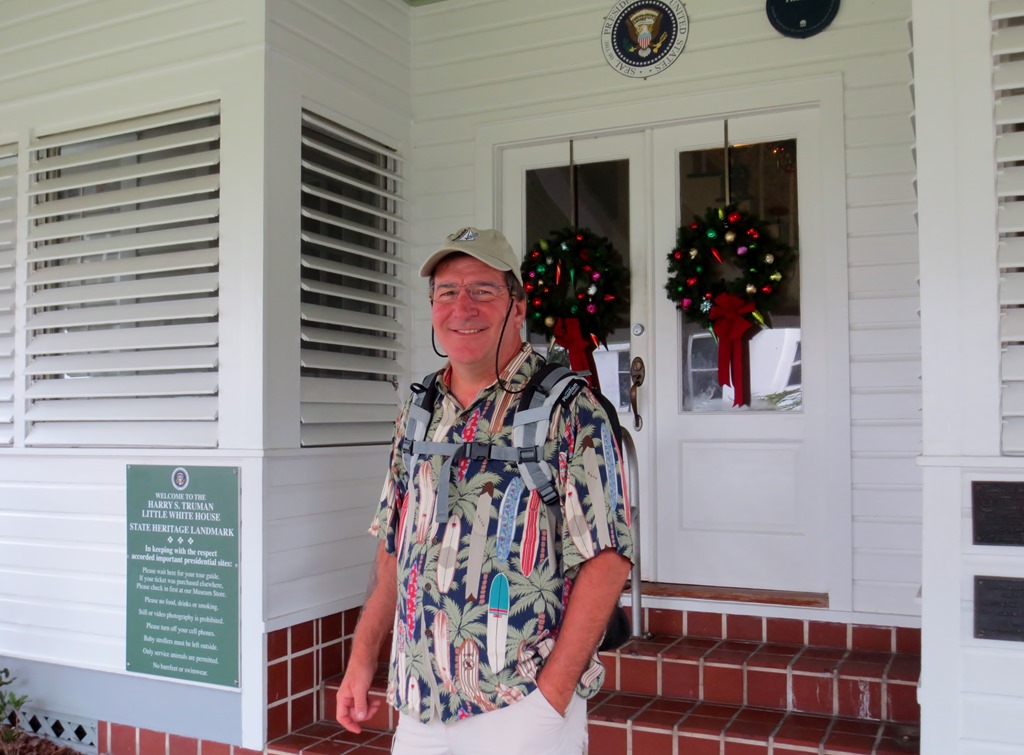 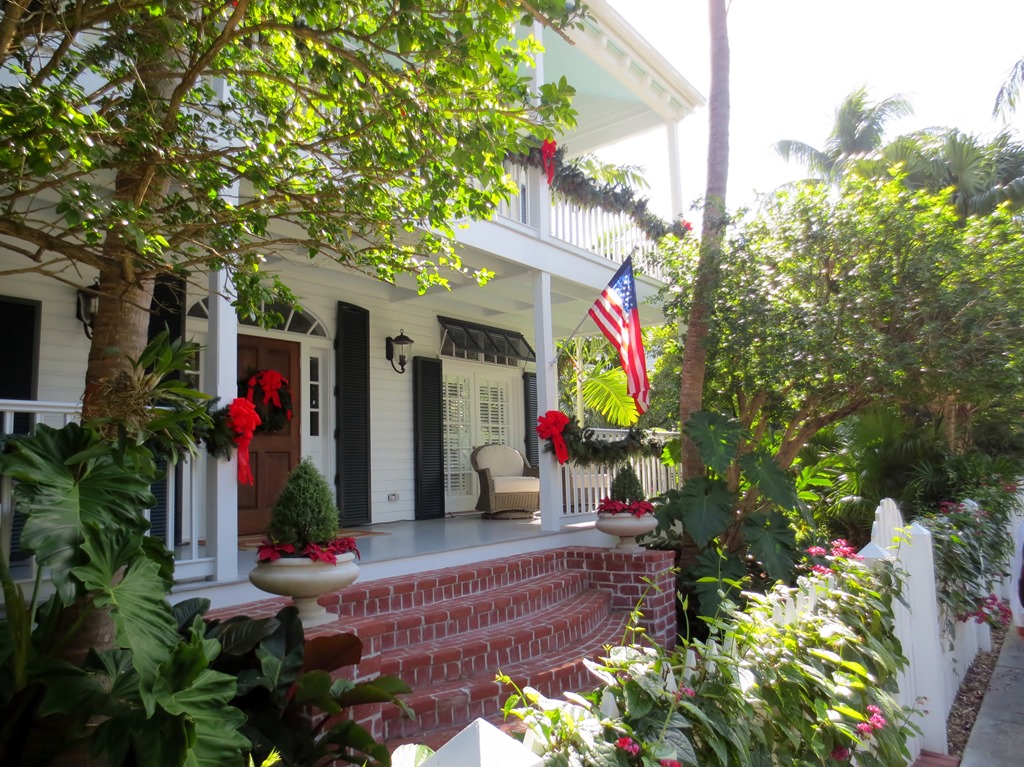 There were many beautiful homes around Key West but have to say this little gem comes about as close to what we are looking for next. 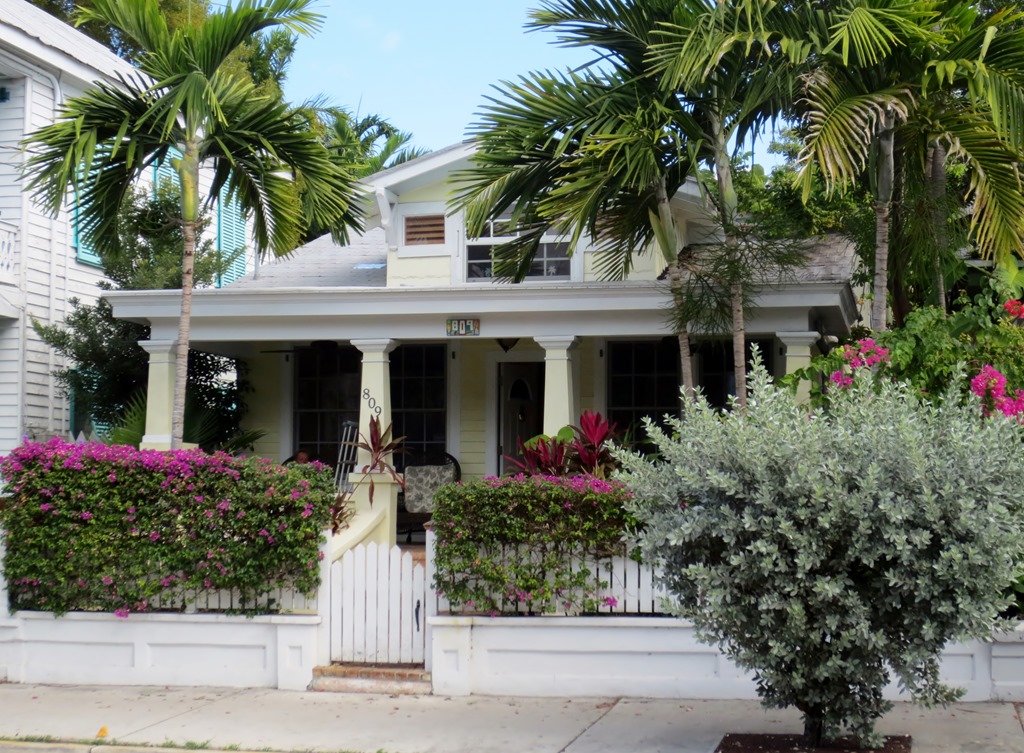 The actual beginning of “Jeff Davis Hwy.” Next time we are in Arlington, I really need to see if we can find a mile marker along there. 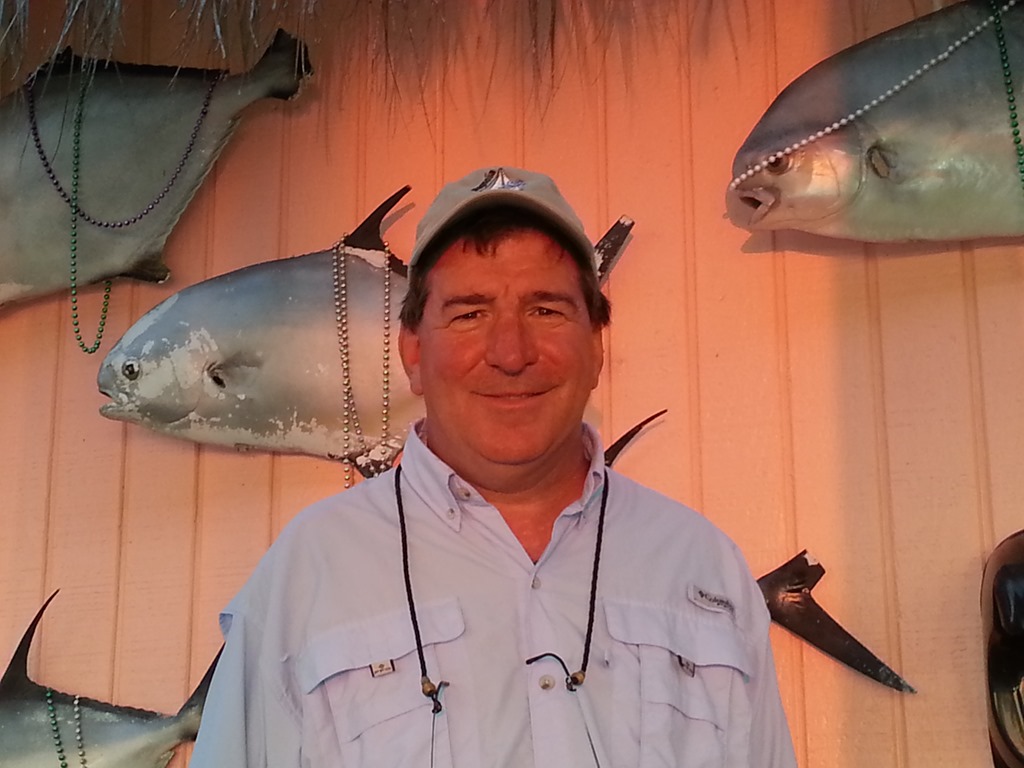 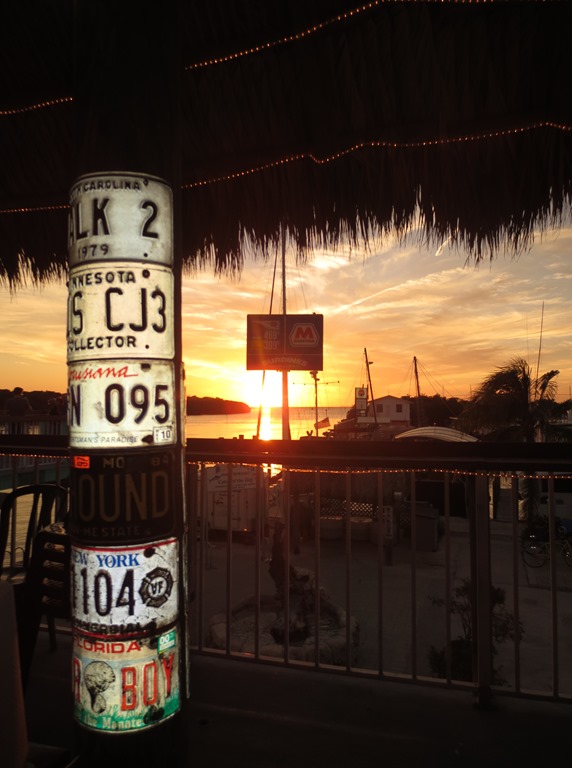 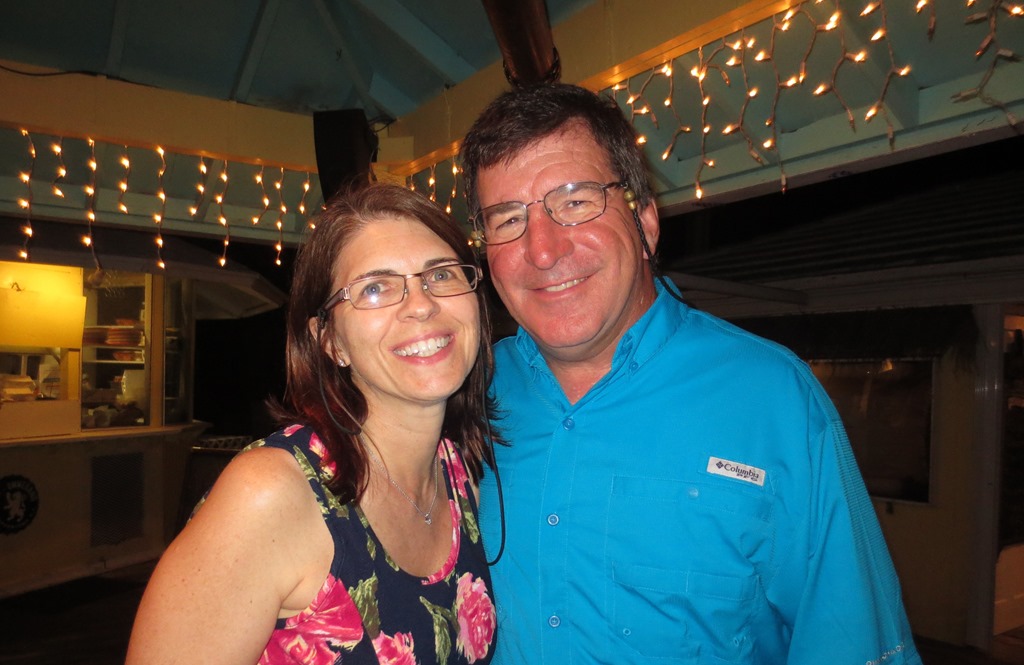 Cory & Ty are a couple of escapees from Nashville an continue to write music on the back of a boat! They play at a number venues in Marathon. This was a appreciation show they did for all the other cruisers for the support they have received from the community. https://www.facebook.com/coryandtymusic 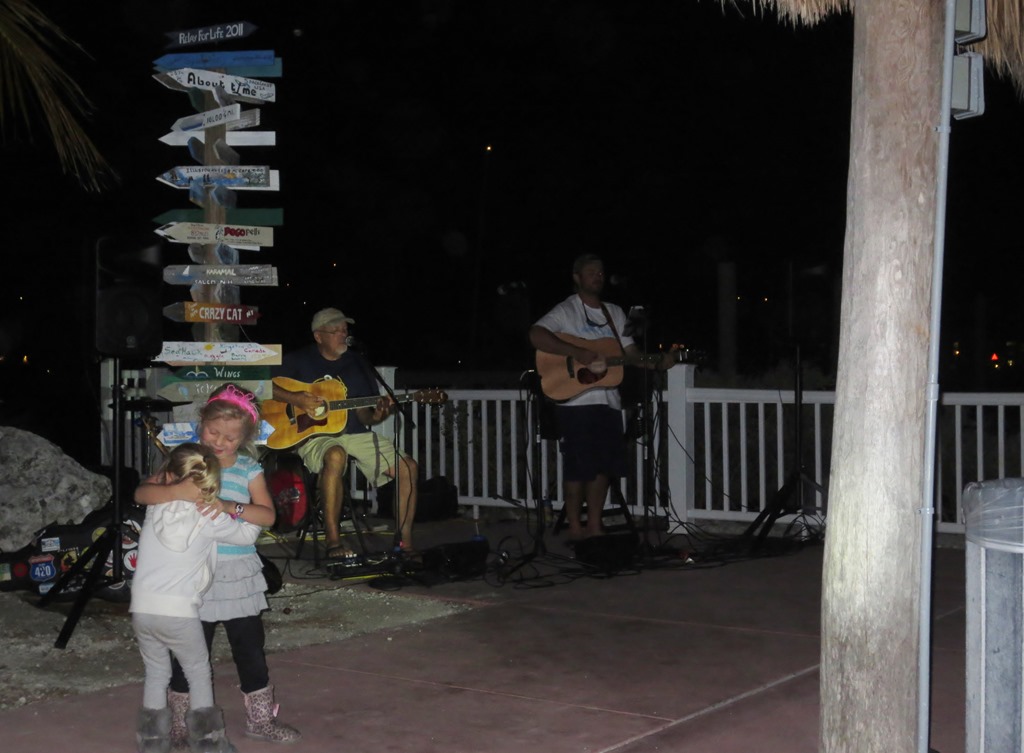 The day before departing Marathon I get a message from my former boss Anant wanting to know if we were still in the Keys. They were passing through Marathon but made time for breakfast and catching up. 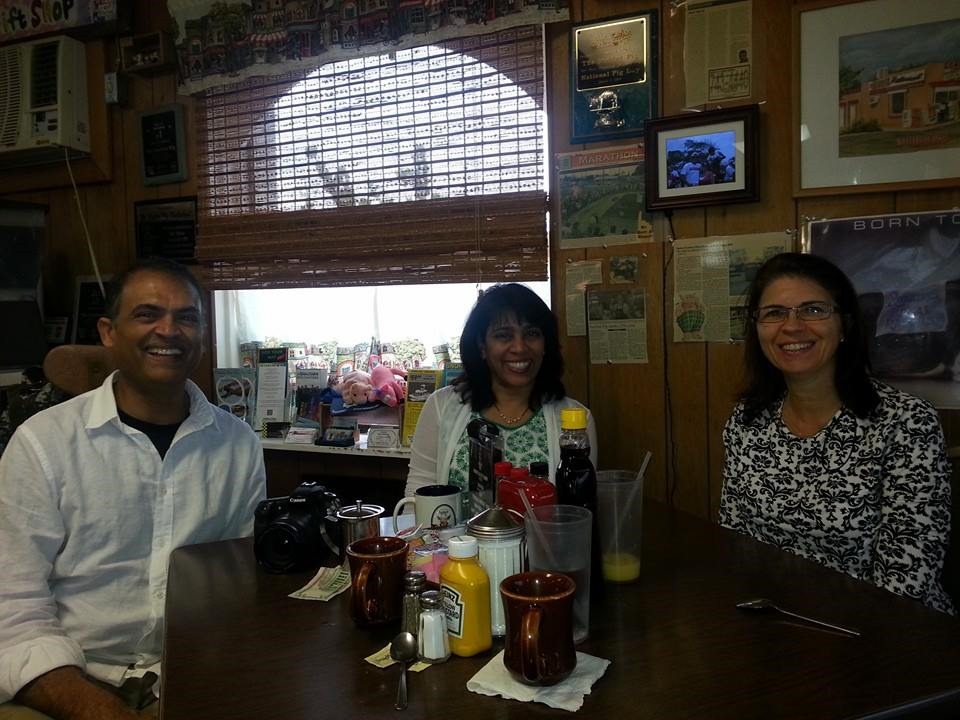 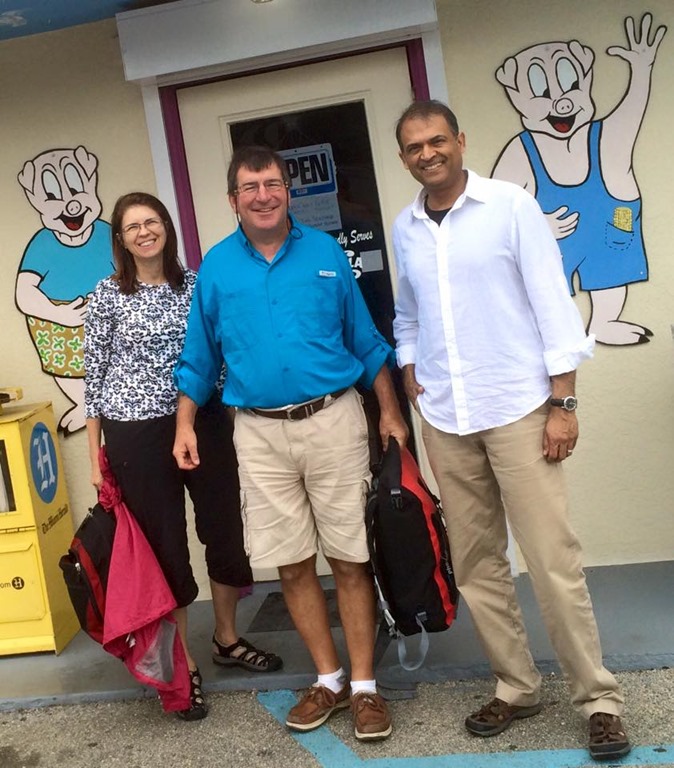 Right after breakfast Annette and I started making final preparations to head for the Bahamas the very next day. The trip was planned for 226 miles straight. Things never seem to work out the way you plan them though…that’s for next week…

The Admiral and I celebrated New Years Eve with a nice dinner and some great acoustic music at the local crab house here in Marathon FL The location rewarded us with the one of the best and last sunsets of 2014. 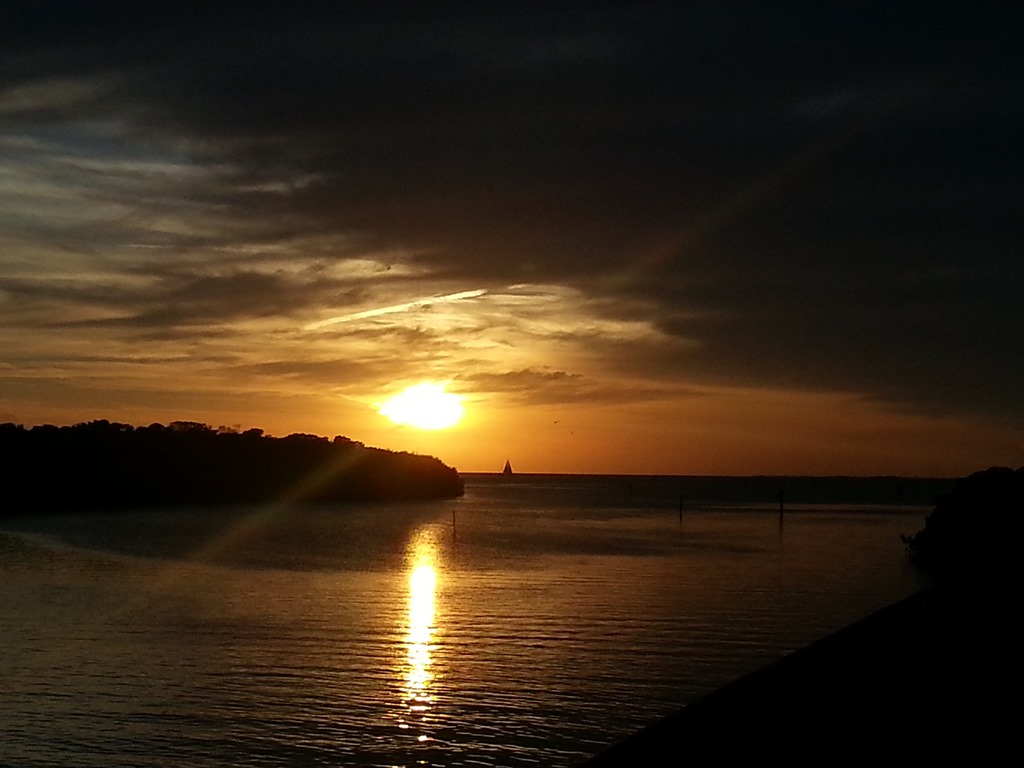 The location also offered perhaps one of the finest deserts of 2014, Deep Fried Key Lime Pie. Yes, you heard it!!! Only at Burdines in Marathon FL. Hear that Mark Glass!

Marathon competes with Tucson AZ for the best sunsets I have been lucky enough to witness (btw I am hoping that get witness sunsets for a long time too!) People here seem to treat sunsets as the high point of the day, usually with a cocktail!

Of course our friends Bert & Prue on Exuberant are here. They do a great job of keeping us out of trouble!

Missing our other WF friends around the holidays! 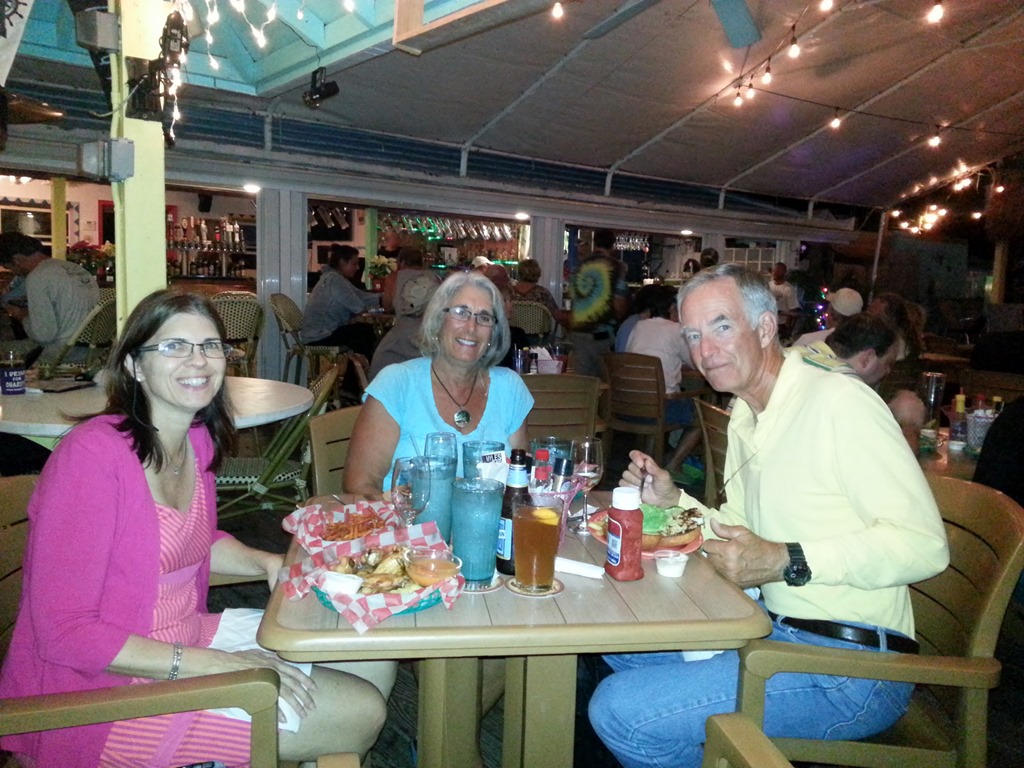 Al, make note of the name on the glass, best so far!

The Admiral and I celebrated a lovely Christmas Eve dinner at Keys Steak & Lobster. 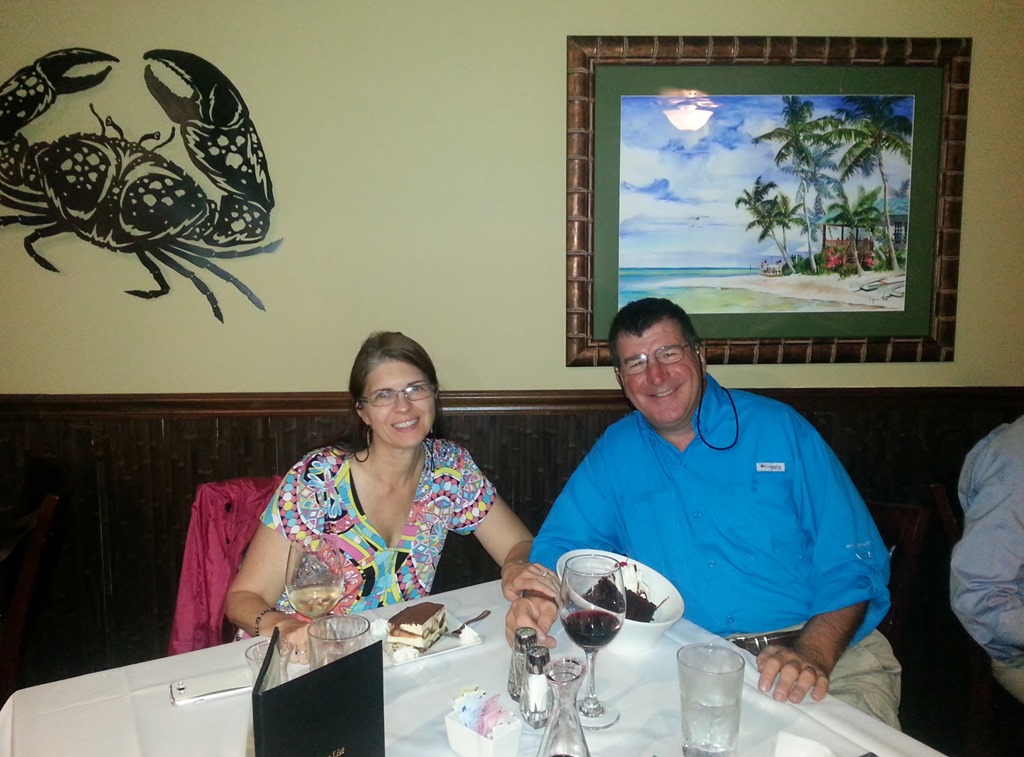 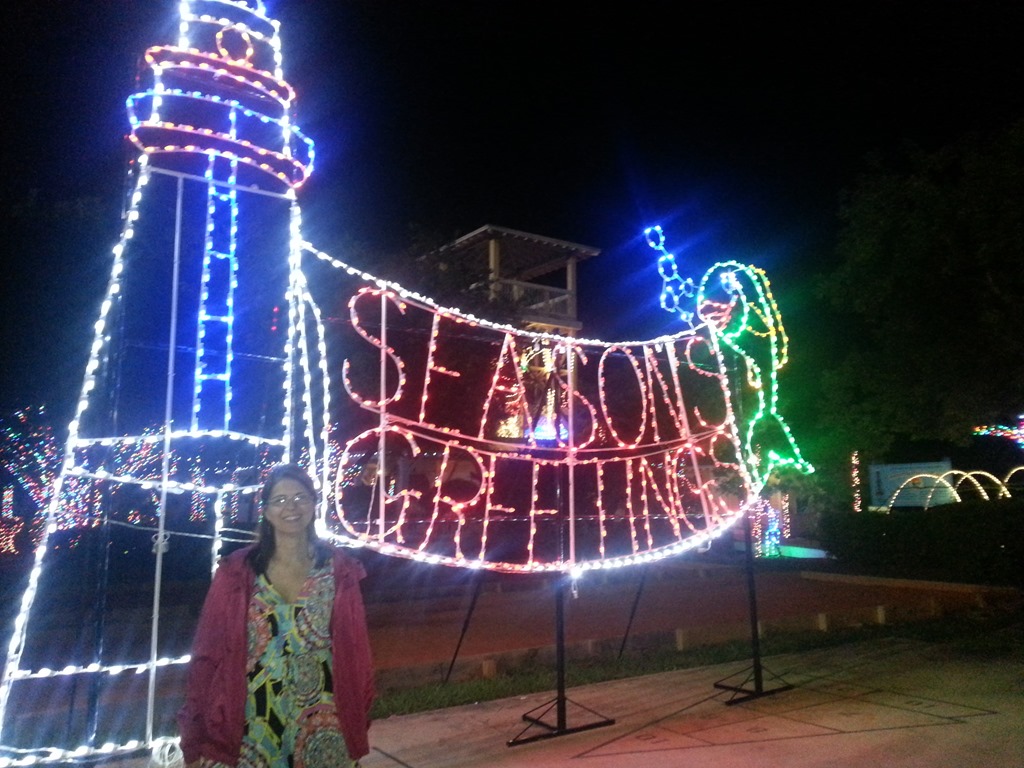 In the last year we have covered almost 7000 miles, starting with last years trip down to the Bahamas.

Maine for part of the summer 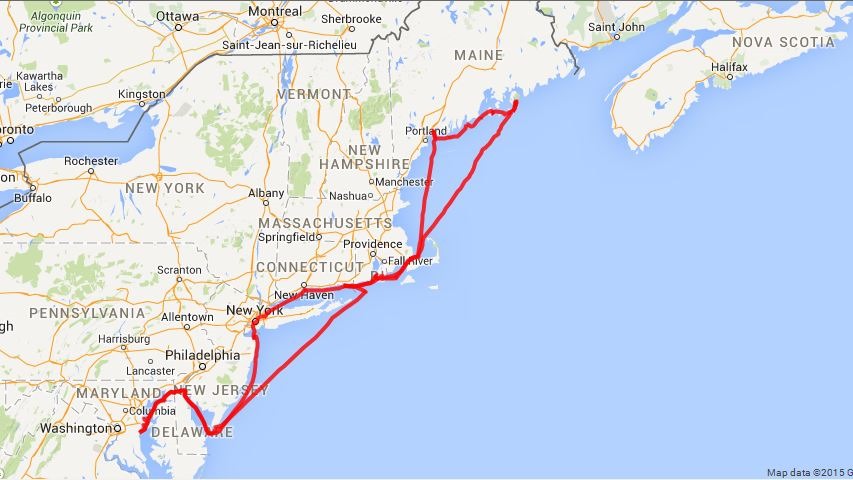 We have enjoyed a much more leisurely trip south this year, the second time is always MUCH easier! 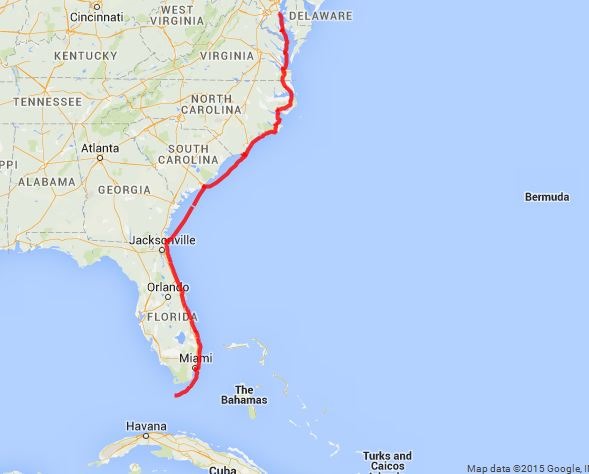 As for next, we are hoping for a weather window early this week that will allow us to cross the Gulf Stream in relative comfort carrying us to the ENE into either Chub Cay or Morgan’s Bluff on Andros. From there we will head ESE towards the Exuma Island chain.

It has been a terrific year on Magnolia, hope the same for you as well. Be Safe, Be Well!