As you might know both our laptops died over the winter and trying to produce a blog on a cell phone, well it was certainly challenge. I will work to do better. In the mean time catch up on the recent happenings.

As we prepared to depart Hope Town Abacos there was a couple of tasks to take care of. #1 was to raise a wall on the house of a friend is building in Hope Town. It will not be large but the view as seen below is going to be spectacular as you can see from the below. 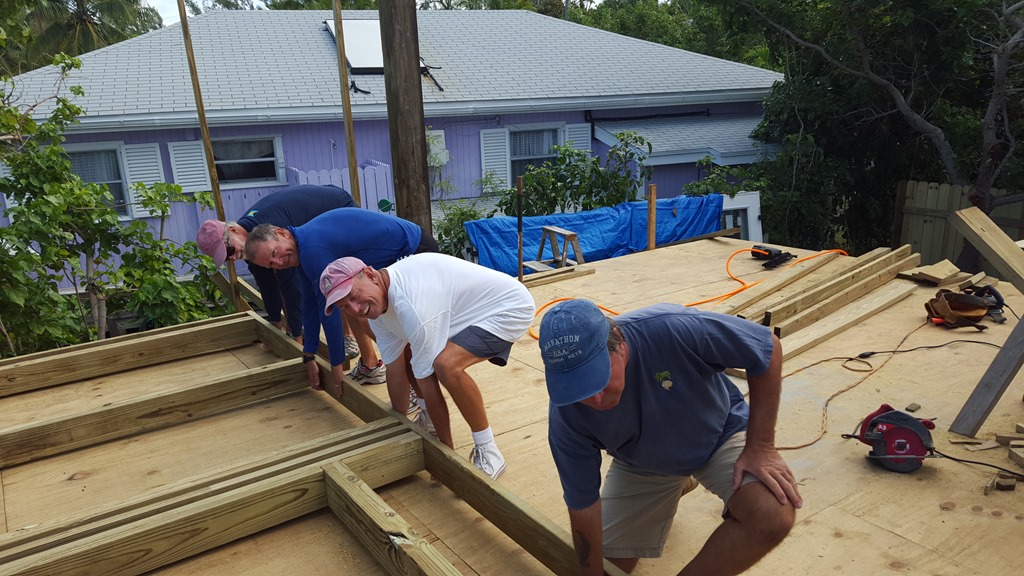 The view that John and Carol will have is going to be off the charts. 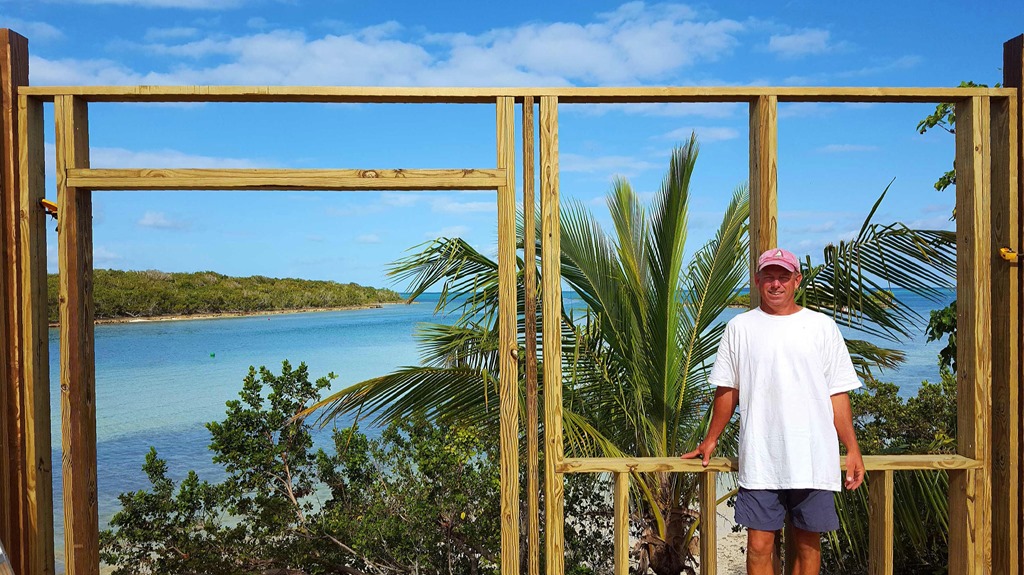 As we departed from Hope Town we were watching a weather window for the following week. We had never visited Green Turtle so that was our first stop…did I mention there was ice cream involved? Along the way I was watching the weather….constantly 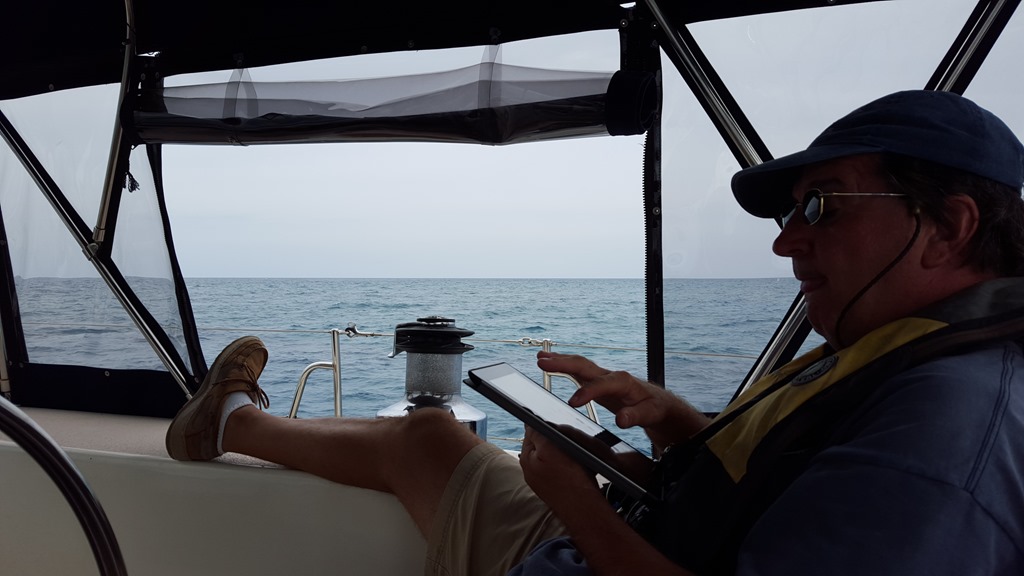 After a few days in Green Turtle we moved on..along the way we watched the weather. We were planning the longest passage of our “career” so things needed to be right. We have a professional weather router/guy we talk to on the HAM radio twice daily when we are making preps for a long passage. No matter the exact day we departed the first 12 hours, basically until we reached the latitude of Cape Canaveral was going to be the roughest part of the entire 500 mile trip. We decided there for to stop at Great Sale Cay for the night. This allowed us to get a good nights sleep, travel the rest of the way across the Bahama Banks, get into the Gulf Stream and be approaching Cape Canaveral before night fall. 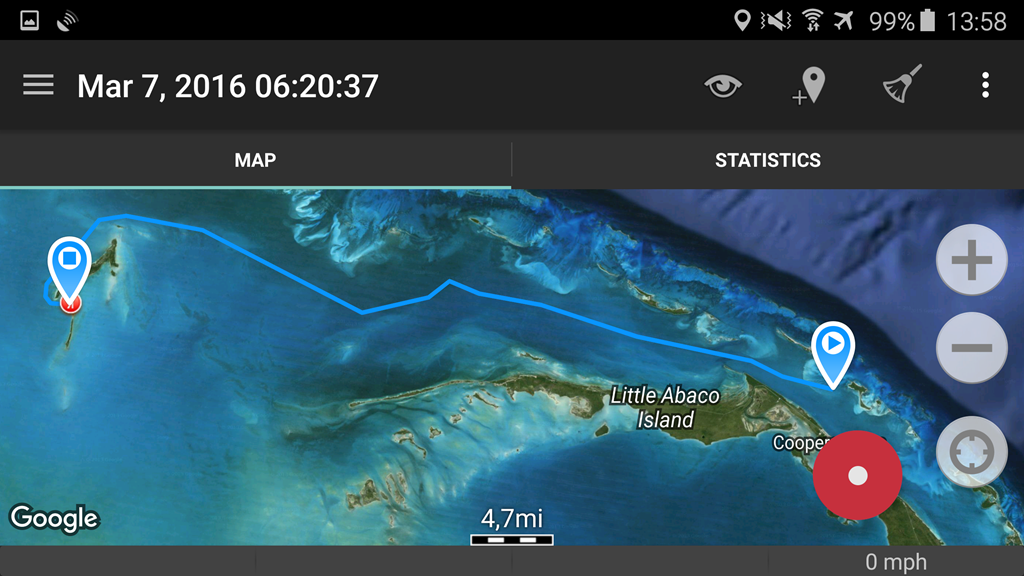 As expected we had a boisterous day but the seas did lay down nicely the further north we went. By sunset and approaching Cape Canaveral things were well in hand.

By morning of our second day underway the seas had laid down the winds had practically ceased. 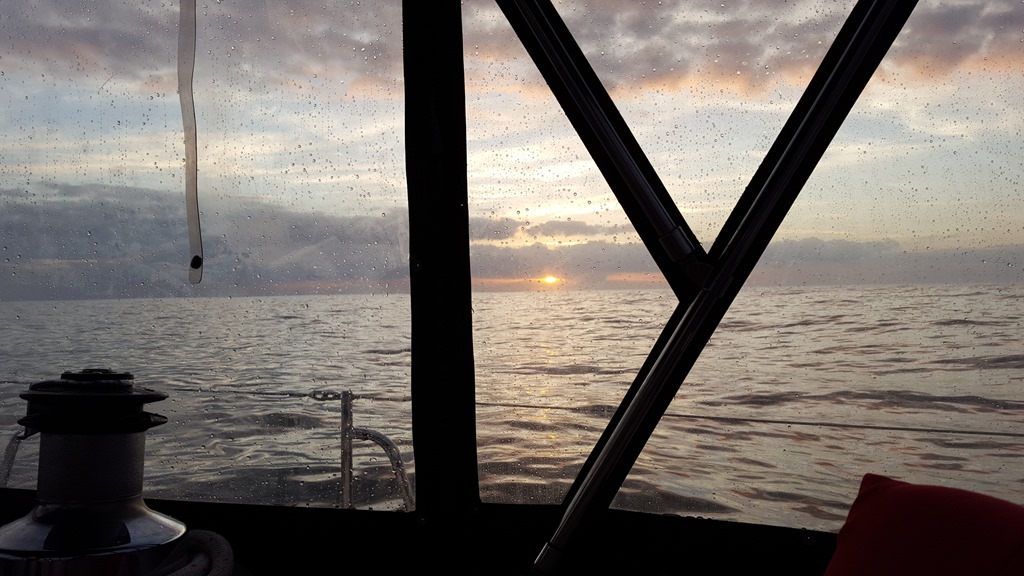 We had a peaceful passage along the coast of north Florida and Georgia. The goal on this route is to sat in the Gulf Stream as long as possible. The additional boost the Gulf Stream current gives us is an extra 2-3 knts. Those miles really ad up on a passage such as this. 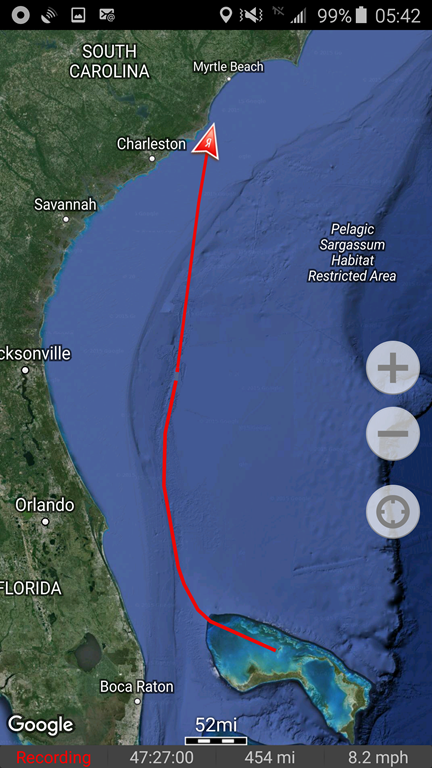 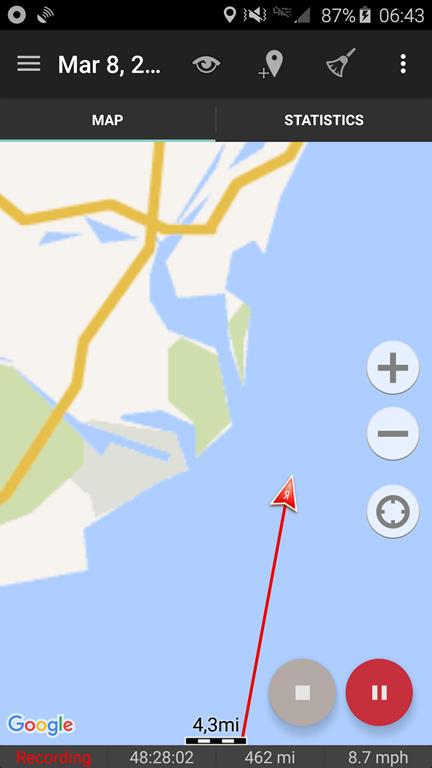 On the morning of the third day at sea we approached the South Carolina coast and entered Winyah Bay, about 60 miles north of Charleston. Our mentors Greg & Marie always encouraged us to stick to Class “A” inlets (big ship come and go) because we can always enter in the dark or when conditions get bad. This passage went perfect to plan and we arrived in settled cognition’s and in the light of day and too top things off, we had a flood current which carried us right in. 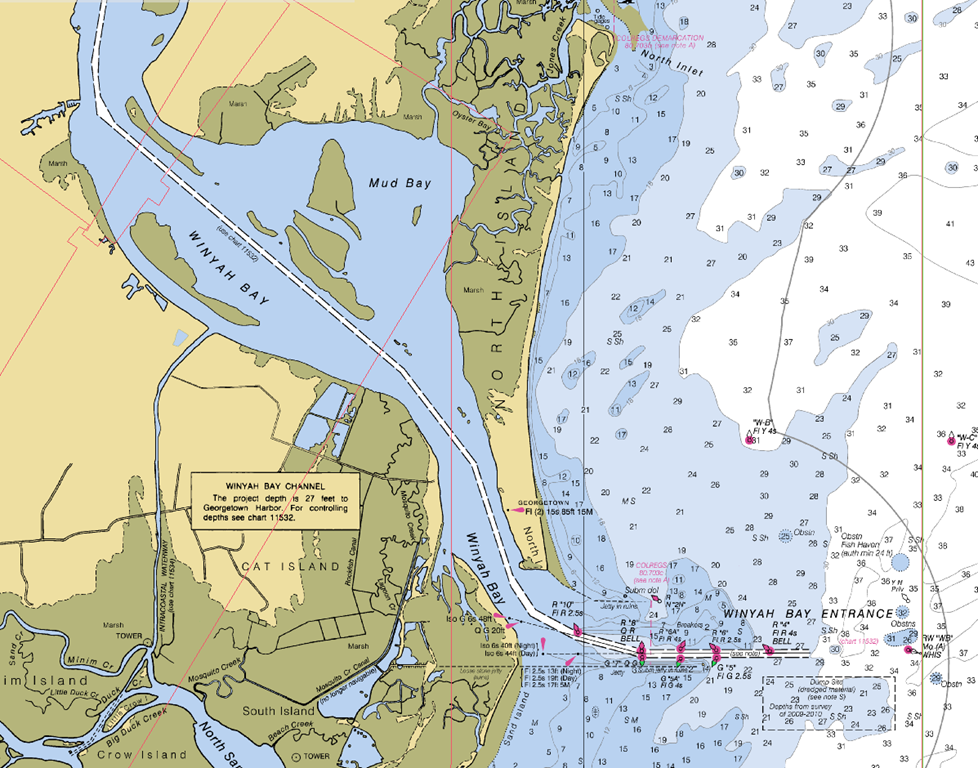 Out final destination for the trip was Georgetown SC which is about 12 miles up Winyah Bay. We had never been here before and looked forward to a new town and of course had to clear customs. 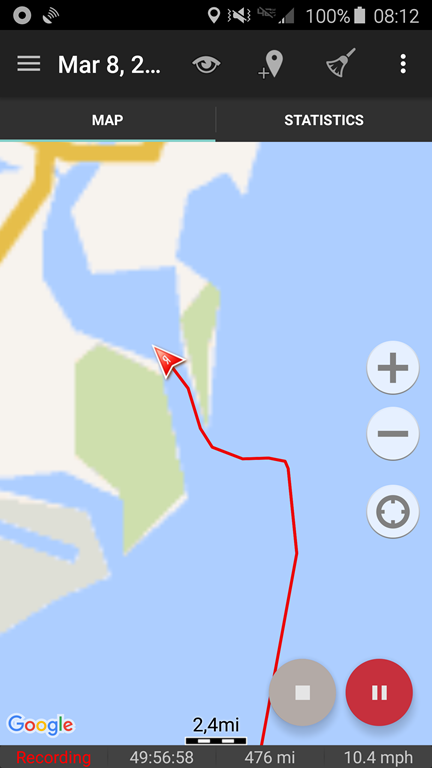 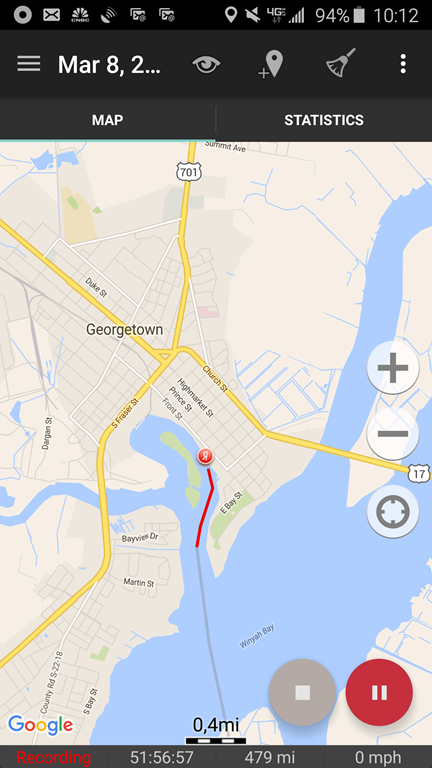 I had this little app running on my phone during the whole trip. I thought it was really cool that you can actually see when we entered and departed the Gulf Stream. The really fun part is if you look right at the end if the graph you can see our speed pop back up as we rode the flood tide in and up Winyah Bay.

After a couple of days at the Georgetown we continued up Winyah Bay to the mouth of the Waccamaw River. Our 25 miles trip brought us to Bull Creek off the Waccamaw which is one of our favorite anchorages.

We love to watch the turtles fight for the choicest spots on the logs to sun themselves. This last guy was a monster. Must have been 18 inches across. I sure bet he has a story or two! 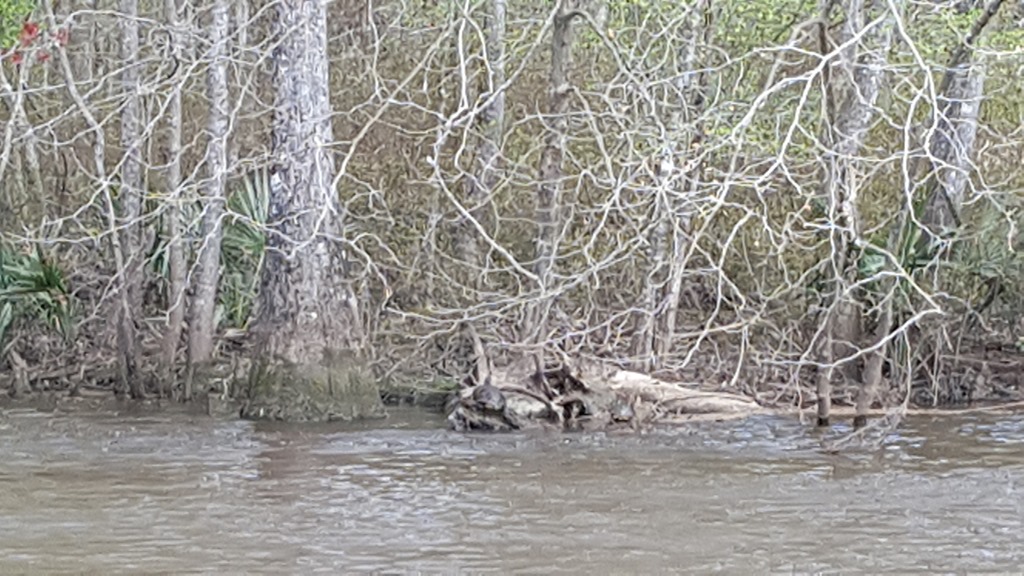 This is our reward for a couple of long days…the tree buds are just coming out in the warm spring sun. 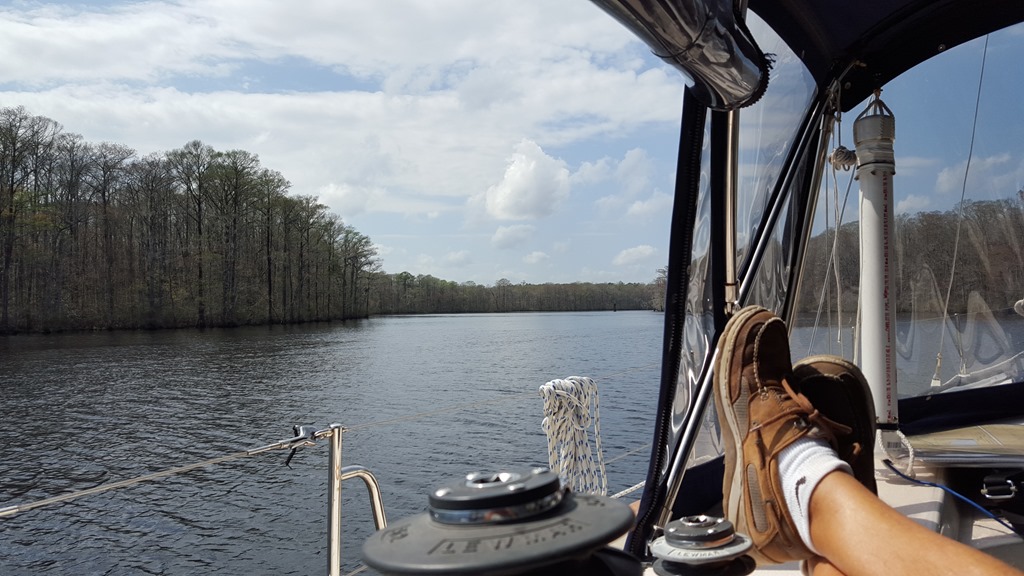 We eventually made it into Osprey Marina in Myrtle Beach where we will spend the next month, and of course there is ice cream!

Be Safe and promise to write more!