Magnolia arrived Long Island just in time to prepare for our next weather front, happens to be the same one that is dropping a couple feet of snow on DC this weekend….I guess we can leave the city but not escape the storm! 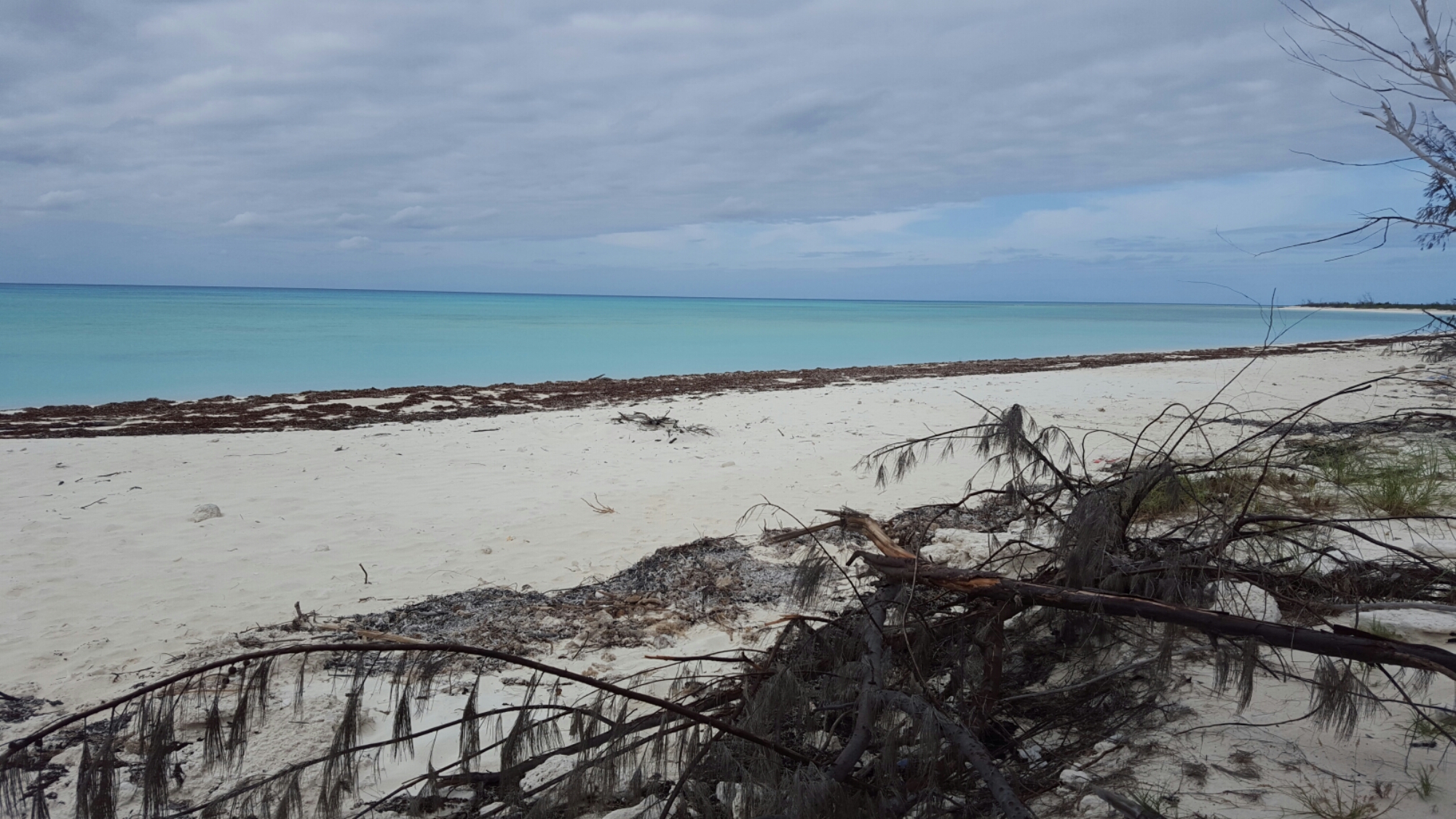 Since a storm was coming to DC we thought we should head out and buy all the toilet paper bread and milk we could carry.  Thankfully our friends Paul & Debra from Kelly Nicole were along. See Paul & Debra lived in Rochester and Buffalo so storm stories with them were only met with humorous mocking!!

Since the world was coming to an end we decided a bit of touring around Long Island was in order. We rented a Ford Escape and headed south to Clareancetwon where the guide stated “the road abruptly ends.”

This was a complete understatement!  I mean, one second cruising along and the the end, no sign no nothing…just the end. No fatalities though Paul needed to “freshen up” once I got the truck stopped! 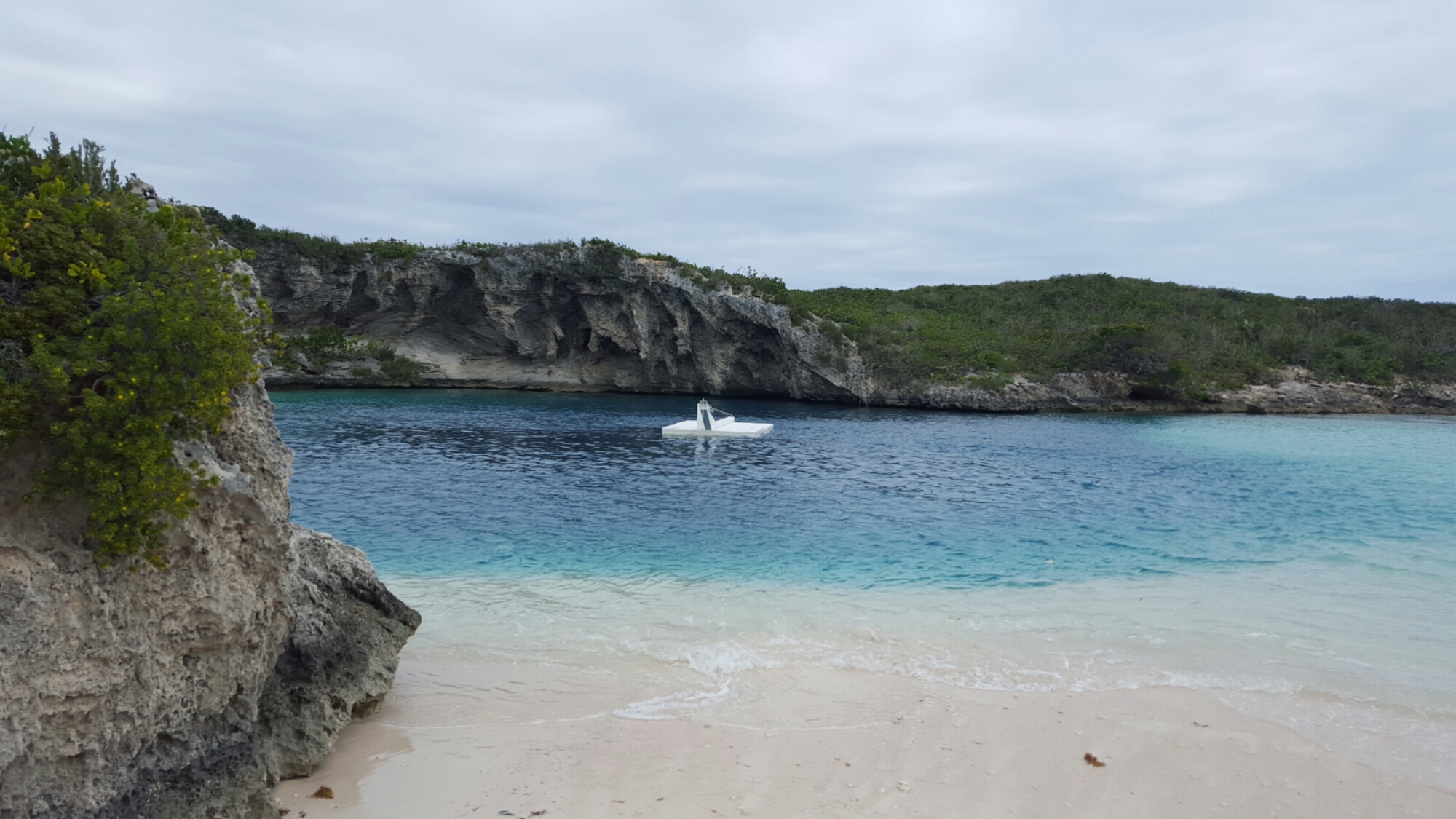 We stopped at a famous blue hole where people free dive holding their breaths. Crazy! The hole there is at least 650 feet deep. Annette and Paul wanted to snorkel it but with overall clouds and a water motion suggesting they could be sucked down and flushed out! Later reviewing the plan and the outcome with the locals they maid them promise never to think about swimming there again, too dangerous….oh.

I forgot to include the picture of Paul any the Memorial to all the people who have dies swimming in the hole…actually free divers but makes for a better story….

Well I am still writing on my cell phone so I need to go before my thumbs cramp up…be safe and buy a snow shovel. Vessel and Crew are well! 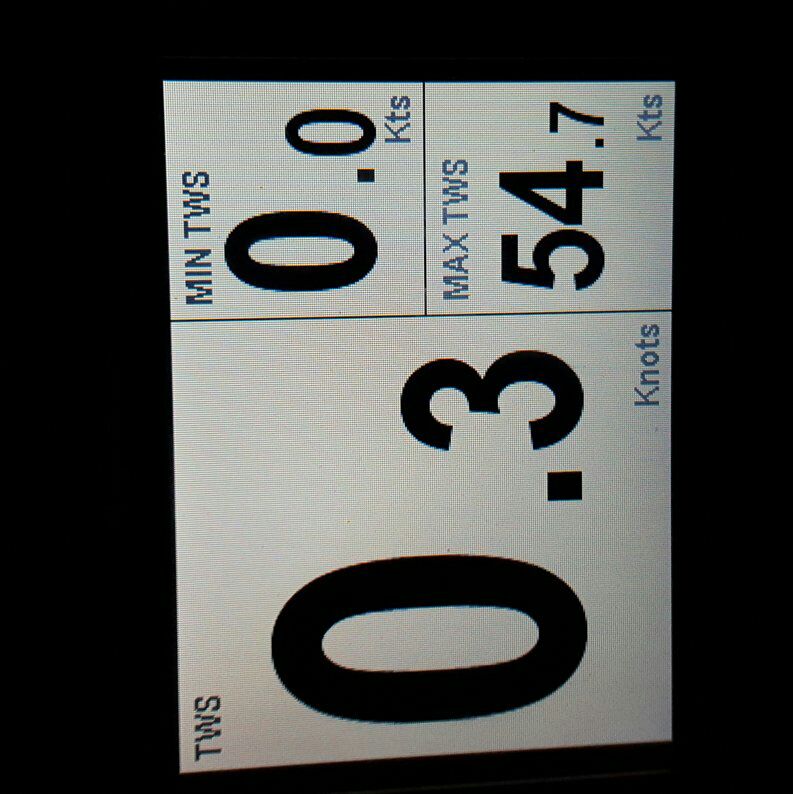 Well the anemometer tells the whole story. We have had everything from 0 to 55. I have to say 55 on a boat is one hell of a ride! For my friend in the mid-atlantic, remember that derecho that came through in 2012? Well we had one come through here. It was crazy!. Thankfully boats have been slow in getting south so the harbor not nearly congested as usual. None the less many boats dragged anchor and crashed into each other. Magnolia lost her anchor and thankfully we were able to get out into deep water without colliding with anyone. Annette did a great job at the helm. Once in deep water and away from the crowds I dropped the spare anchor. Things settled down till about 3am when the interior of Magnolia was lit up by a arriving cargo ship as it passed real close by. We got underway first thing in the morning returning to our anchorage. It was not long in the dinghy that I spotted the chain and with friends help anchor and chain was reattached to Magnolia. It was a heck of a night but our mentors prepared us well and where mistakes were made we got lucky.

Since the death of my laptop blogs have been slow. I am writing this one on my cell phone. Will work on the process. I will try and write more often than recent. Be safe!