Blog had some challenges, I know even more than usual…see my laptop died of a unfortunate “smoke release.” Anyone who knows well having one computer between and Annette and I well that’s a “challenge.” In addition too that, my camera went missing aboard for a week. Knew it was aboard but it took a while for it to reveal itself! We have things together as they are till we return to the states so making it all work. More importantly Magnolia has been 100% operational so that’s what is really important I keep forgetting but we installed a water maker last summer and have been making our own fresh water from the salt water around us! 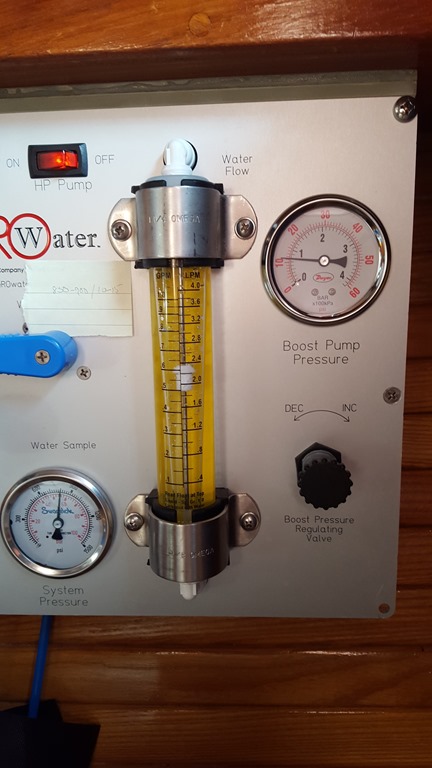 Anyway, after getting checked in to Bahamas Customs and Immigration we caught our breath at Hope Town, Abacos. In addition we wanted to catch back up with SV Cutting Class and MV Kindred Spirit. Sadly Cutting Class was slowed by weather but Kindred Spirit was just a day or two behind. Soon it was time for Magnolia to get underway and head for the Exumas if we were ever going to make it to Long Island! 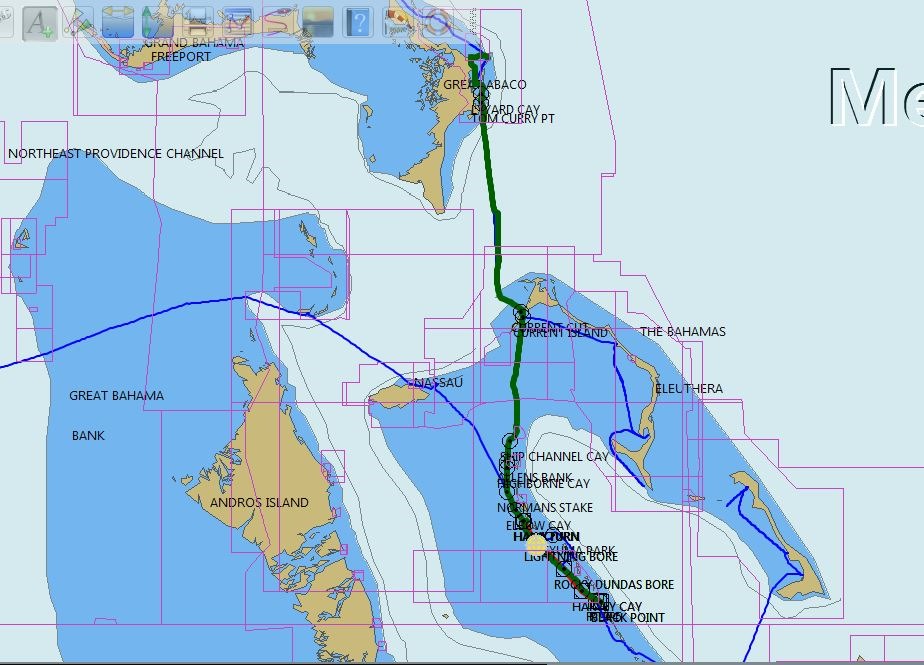 The trip down to the Exumas includes a 50 mile passage across the “Northeast Providence Channel” We have found this to the “biggest water” traverse anywhere as well as one of the busiest from a shipping stand point.The current track is the thick green one. You will see about half way across we need to maneuver to give out selves a little more room from an approaching freighter. 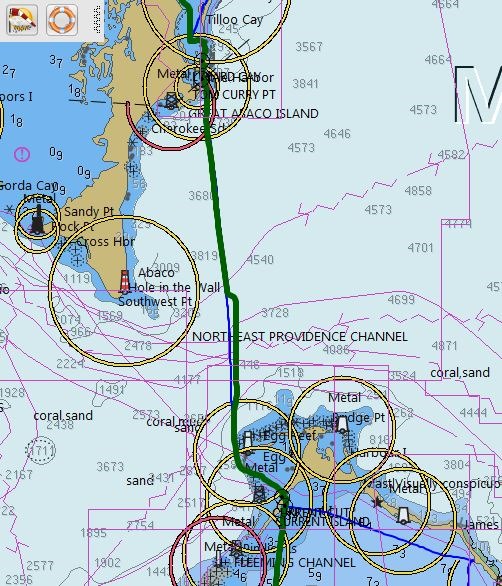 We arrived the west side of Current Cut just before dusk to anchored there for the night. As the name suggests there is a LOT of current through there and thankfully the optimum time to go through was just after the dawn on the next day! 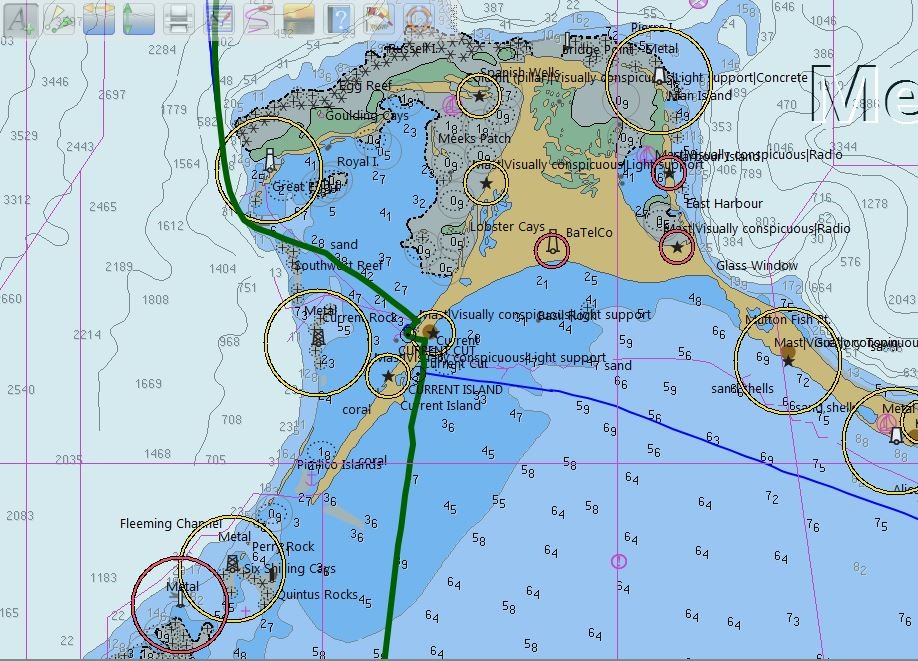 After a goof night sleep and successfully transiting Current Cut we made the short hop across the banks to “Middle Ground” coral fields. It is not too hard to transit but you do need to keep an eye for a stray coral head that may or may not be deep enough to really mess up your boat! 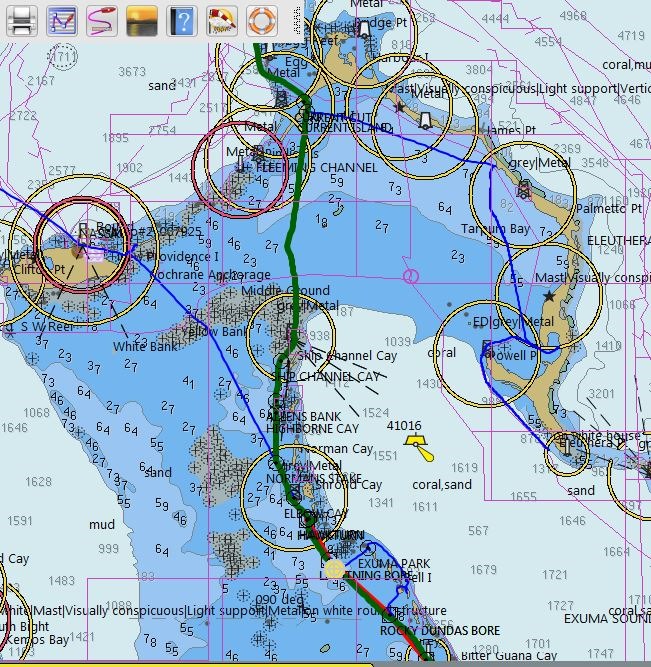 After a night anchorage at one of our favorites “Hawksbill Cay” we traversed on to Black Point Exumas. This is one of the “big towns” in the Exumas so we will stay here for Christmas. 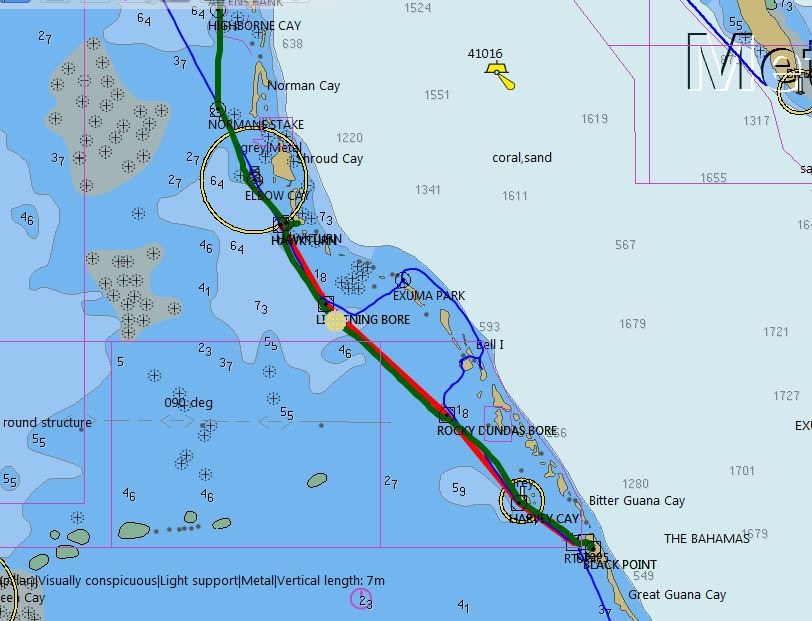 We will try and get back on Blog Schedule next week! Be Safe, have a terrific holiday and a safe weekend! 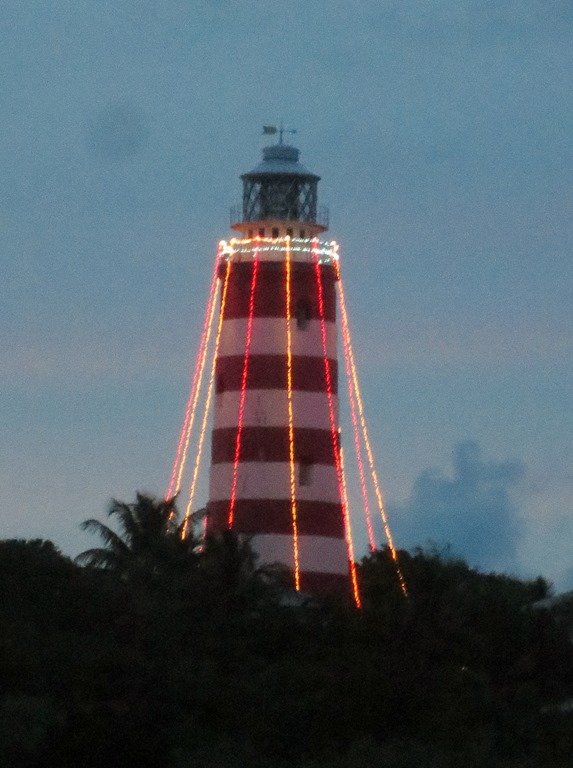 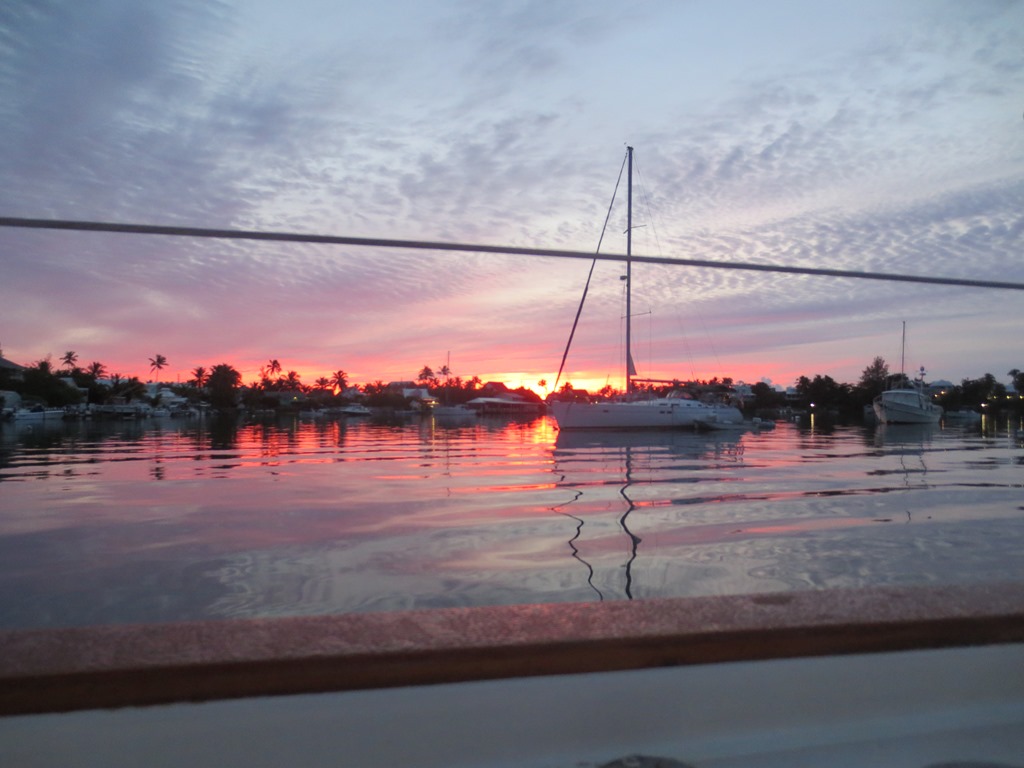 As you might recall Magnolia planned and did depart Fort Pierce, FL  Wednesday for Abacos, Bahamas.  As it turned out, only three things went as planned….

The forecast was for a lovely south wind which was perfect for this passage, by the way we did get our 10-12,  I just underestimated how much we would need…the thought was we could sail across the Gulf Stream and right up on the banks of Bahamas. Well it was I who underestimated the amount of wind required to drive Magnolia south and east across a 2 knot current. All the back seat sailors can hold opinions…my responsibility. After giving up 4 miles to the north, I gave in and fired up the engine…

As the track below shows, you can clearly see where the Gulf Stream starts and ends! 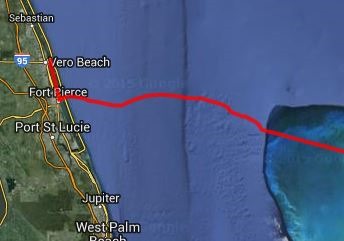 About 1600 the first of the widely scattered squalls to 30 knots arrived..widely scattered obviously means different things to different people…we would say “widely scattered moments of 15-20 knots followed by several more constant gusts to 40, Magnolia has ever been washed cleaner than by the amount of rain we received. A friends boat, Sagwa from Quebec Canada can be seen below. 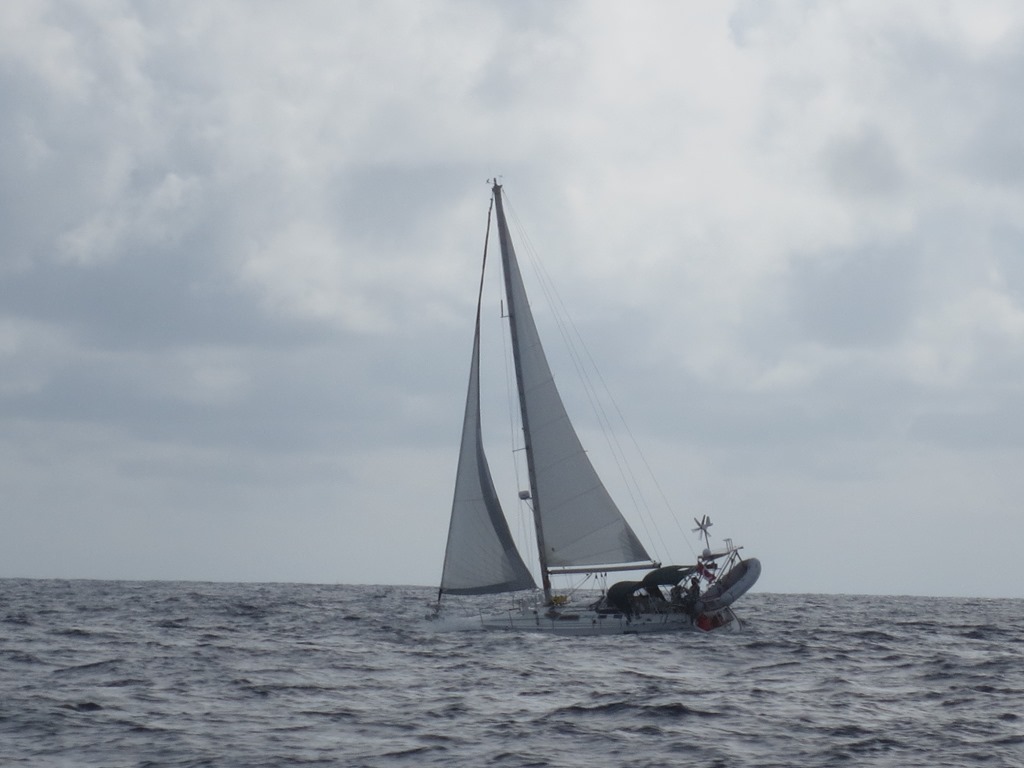 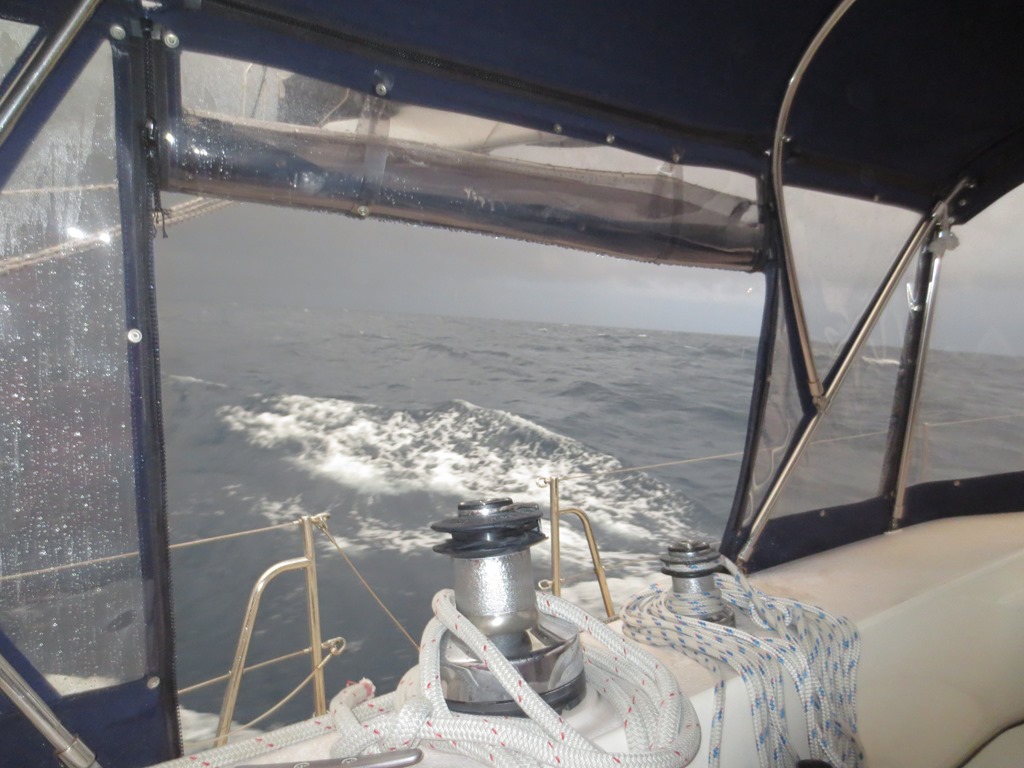 Things settled once we got up on the banks and over towards Sale Cay, and the moon came out right on schedule at midnight, just could not see much of it till about 02:00 on Thursday morning. We we pressed on across the banks over night passing Coopers Town, Little Abaco Island about dawn on Thursday. 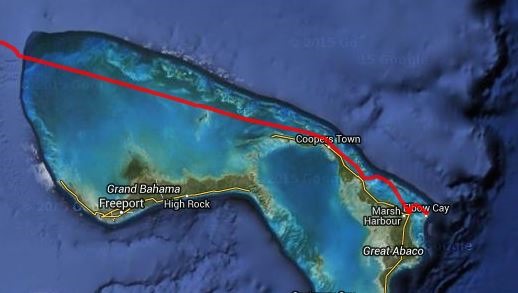 As Magnolia progressed down Great Abaco Island the next hurdle was the “Whale.” 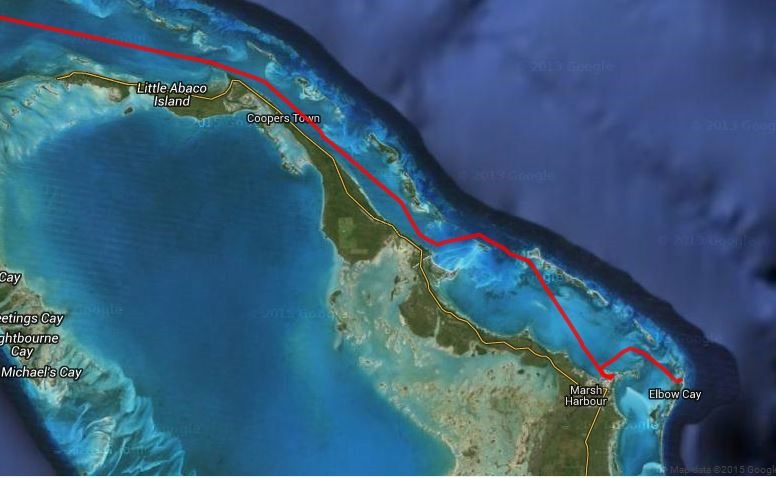 The depth on the inside is too shallow for Magnolia to make it behind Whale Cut so we are forced to make a quick jaunt out into the ocean and back in on the other side of the cut. Because of the tides, currents and northern exposure this can be a treacherous cut if the conditions are not ideal. Remember those south winds? Well they made of ideal conditions and thankfully, after the night before..the Whale was a cake walk! 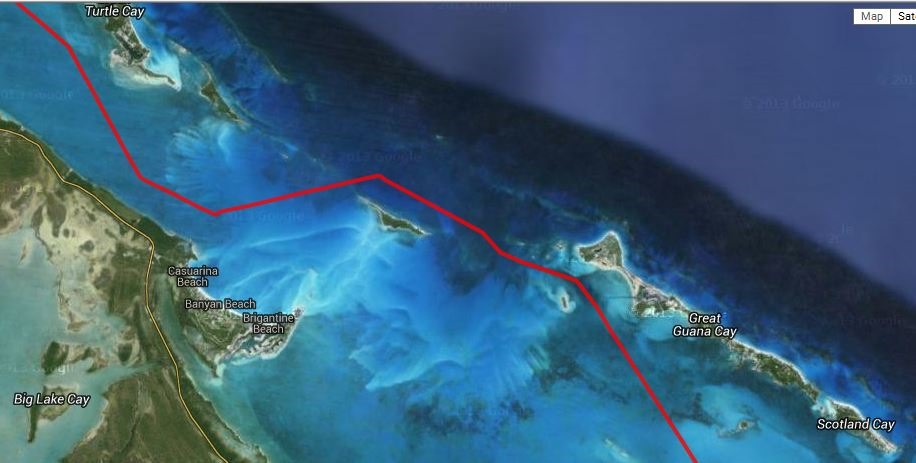 After clearing the Whale Magnolia proceeded on to Marsh Harbor where we anchored over night and rested up.  First thing on Friday we cleared Customs and Immigration. We took the opportunity to run the water maker and produced about 30 gallons of fresh water to top up our tank before taking a mooring ball in Hope Town. 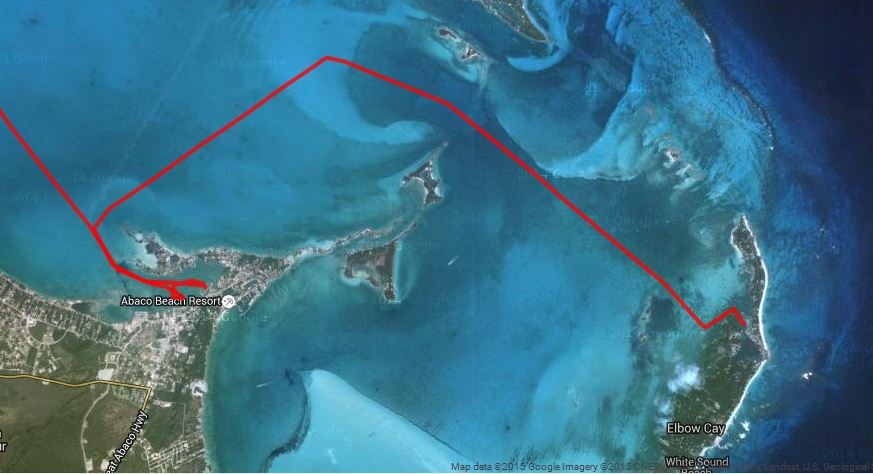 After a relaxing afternoon and between rain showers we hopped in the dinghy and headed for Wine Down SipSip for a flat bread. 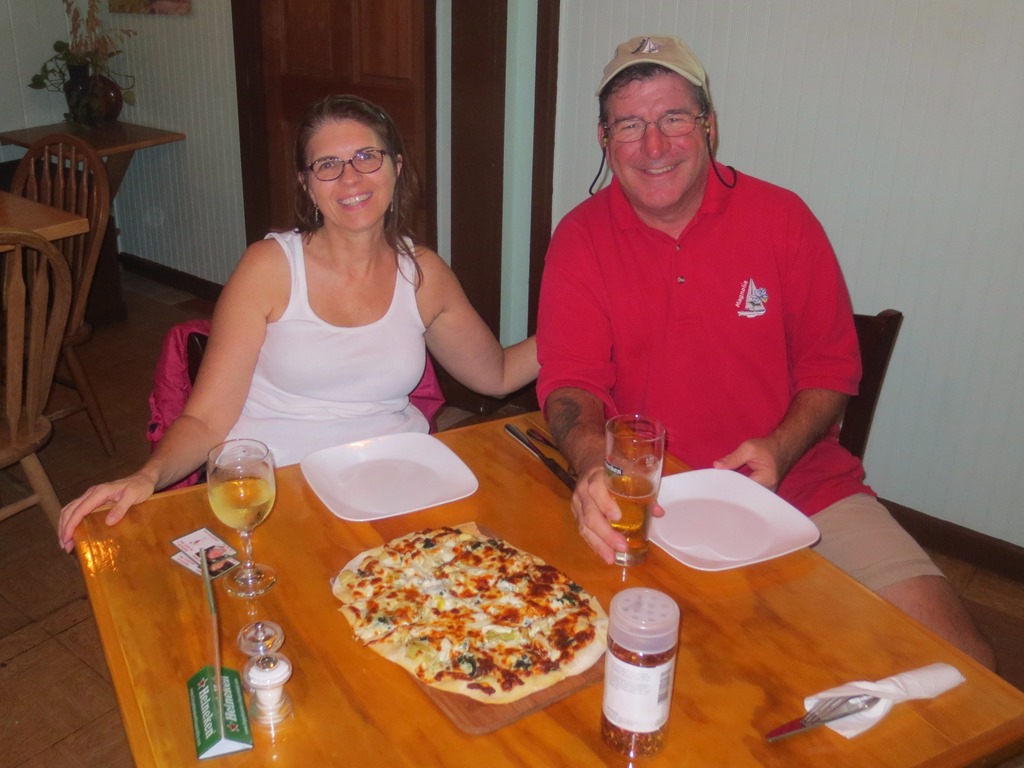 Magnolia did take quit a beating and have a couple minor repairs to take care of but hopefully head for the Exumas later next week. Be Safe, Vessel and Crew are well on this end.