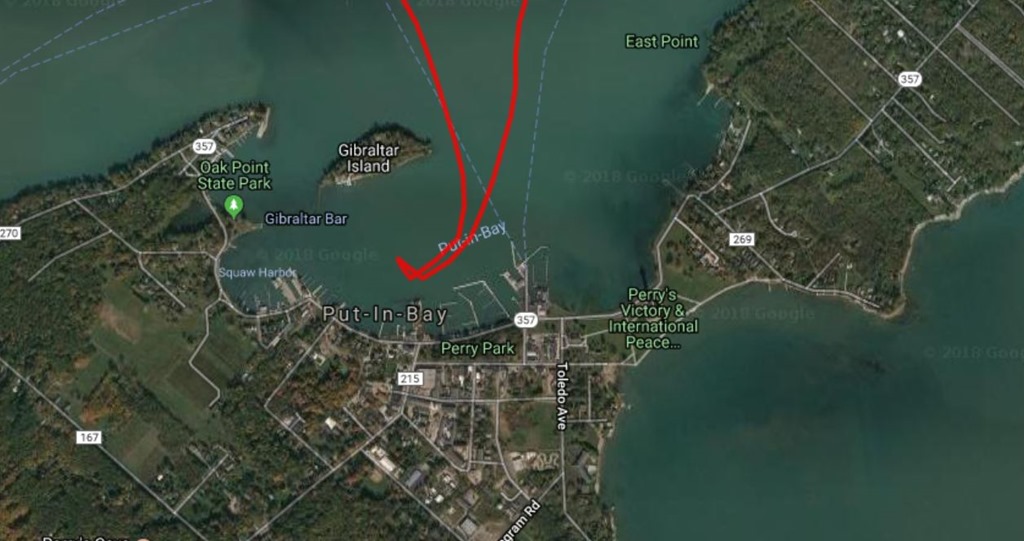 Put-in-Bay, Ohio – Neither and I had ever been here before and some of the parties that go on are legendary so truthfully we were not overly excited but submitted to peer pressure and made a stop! Our stop was a mid-week stop so we figured any potential parties were likely to be contained…and in fact they were. We had a delightful visit and with a such a historic monument greeting us, how could we not? 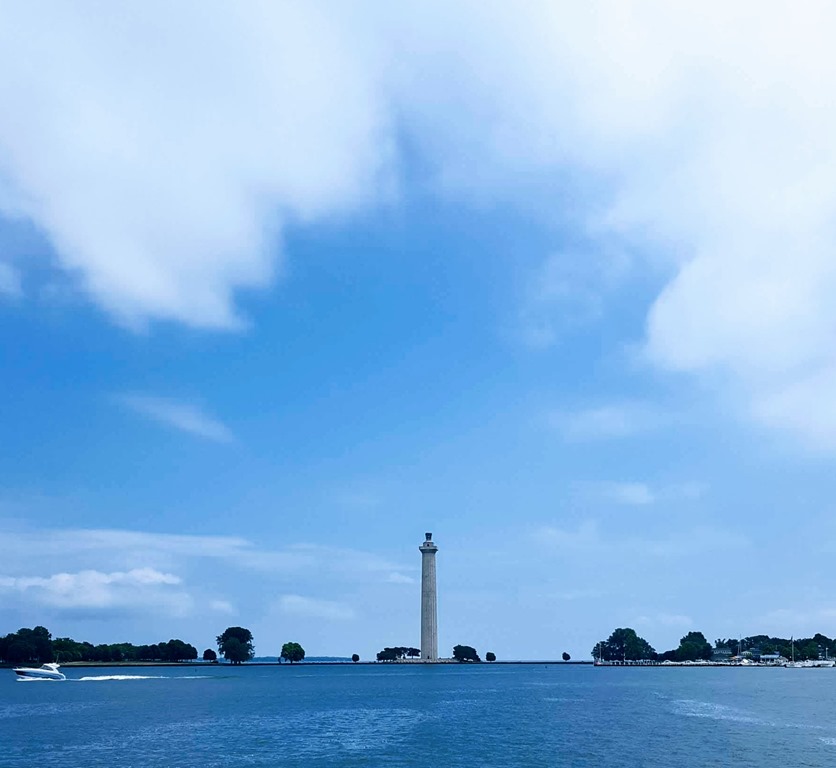 We even had a double ended rainbow with no rain show itself…how cool is that, a rainbow and never getting wet 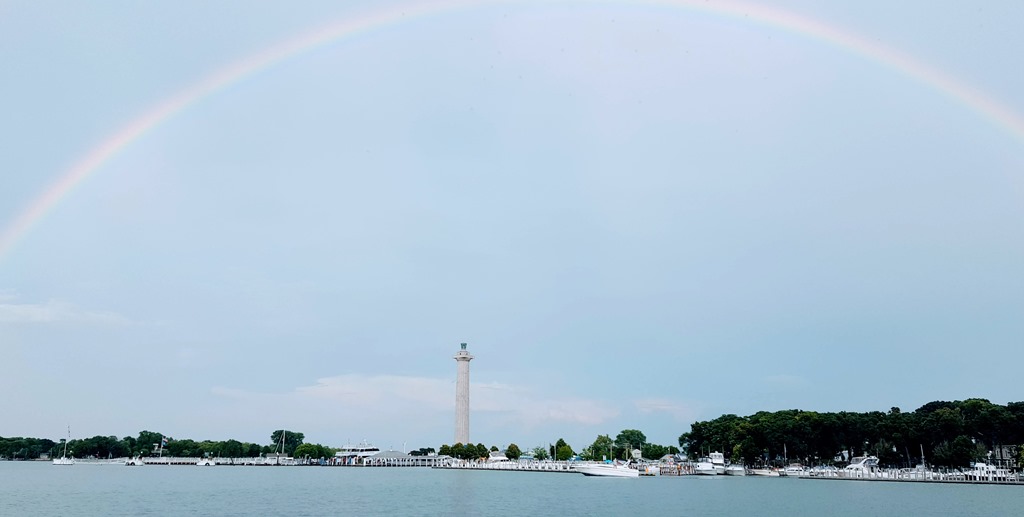 Of course our very first stop had to be a history lesson which we were a bit ignorant of, but that is why we do this. 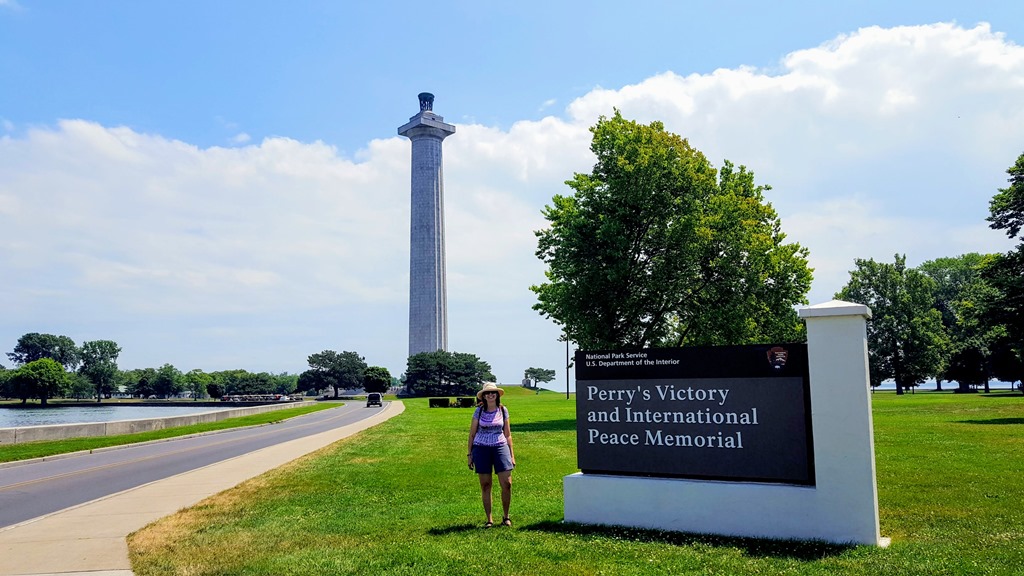 I sure do appreciated plaques that to the explaining here so I dont have  too! 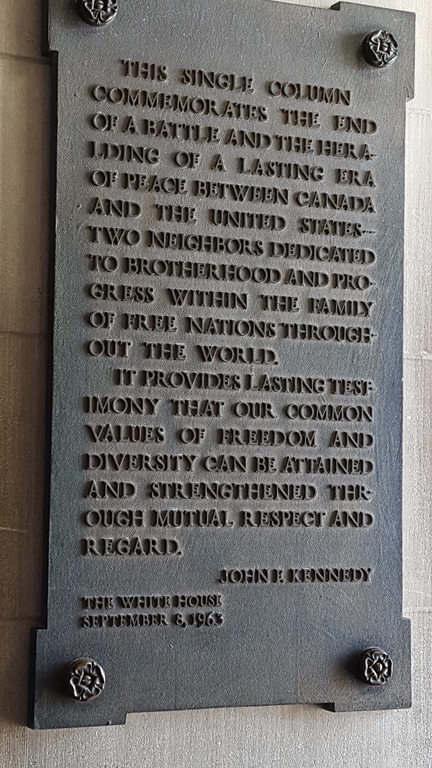 You have likely heard the phrase but now you know the origin! 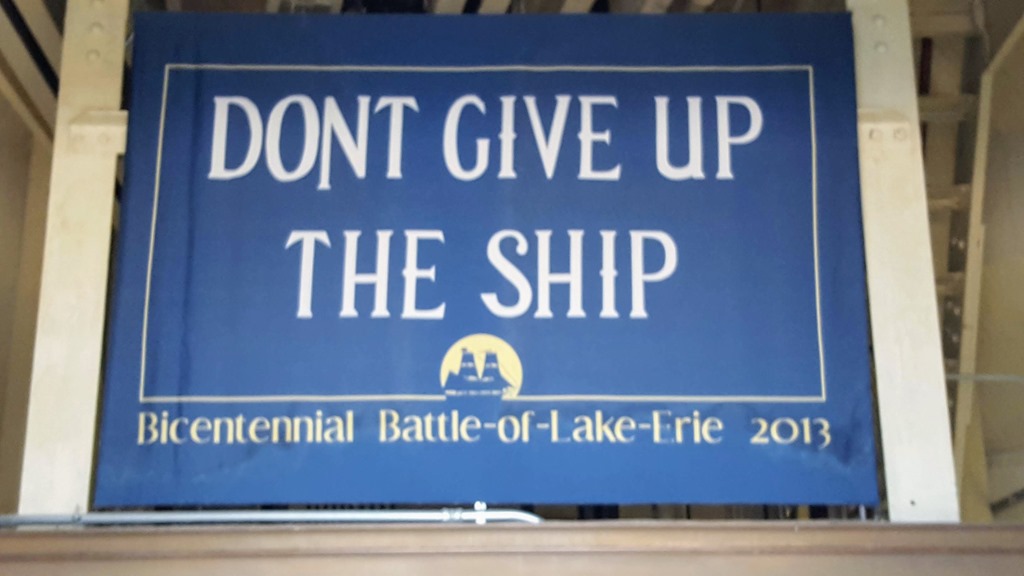 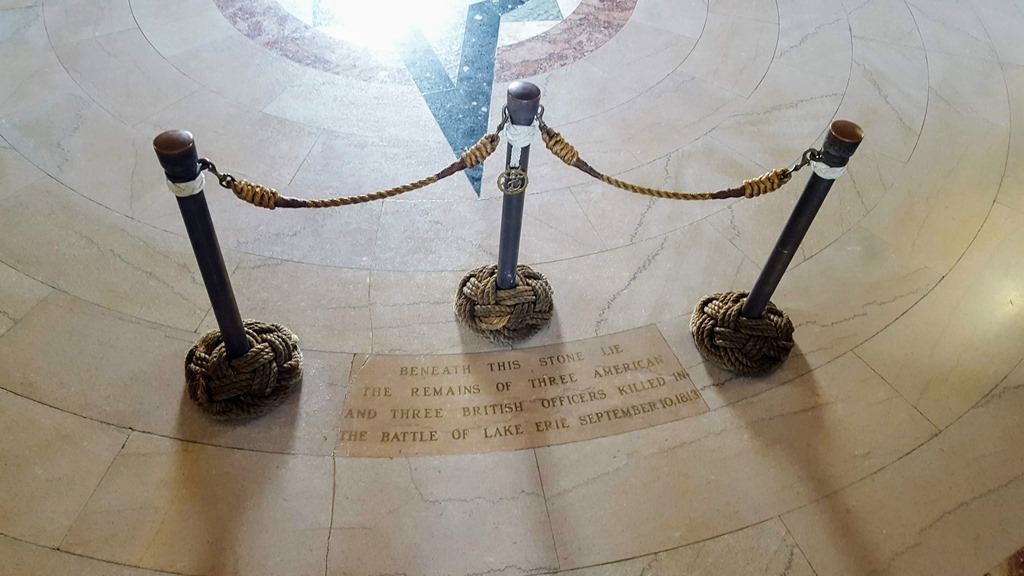 Viewed from the top of the Memorial, Magnolia grabbed a mooring ball. Mid week, the mooring field was empty. We were told by the weekend it would be full and people rafted up! 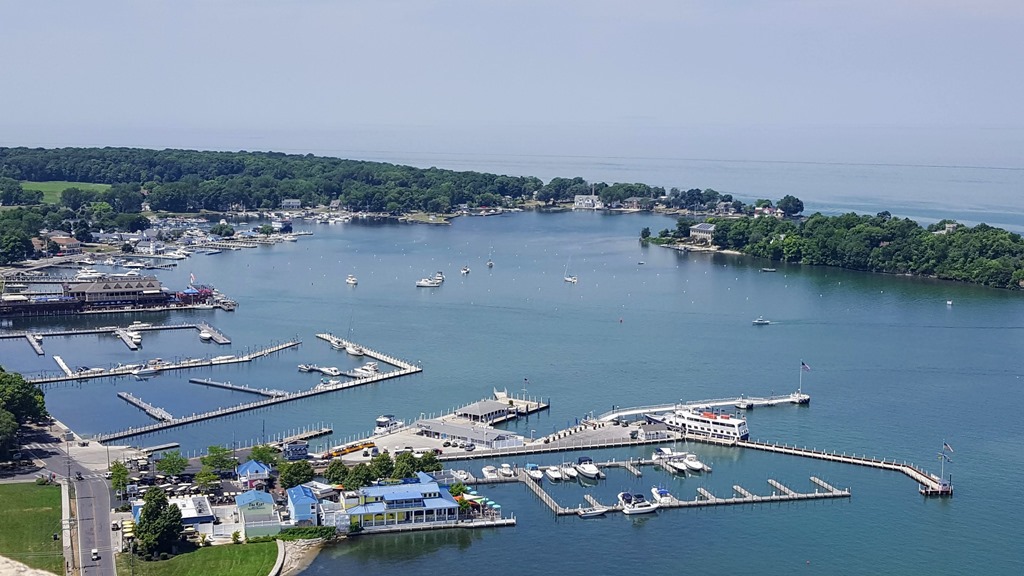 Magnolia is the last vessel down and left in photo. 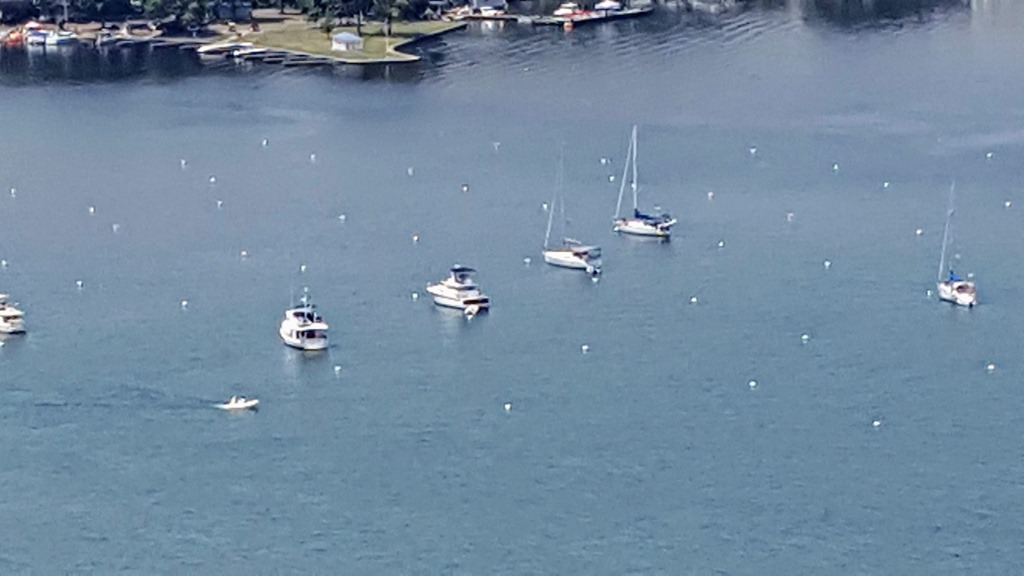 The view to the NE from the memorial 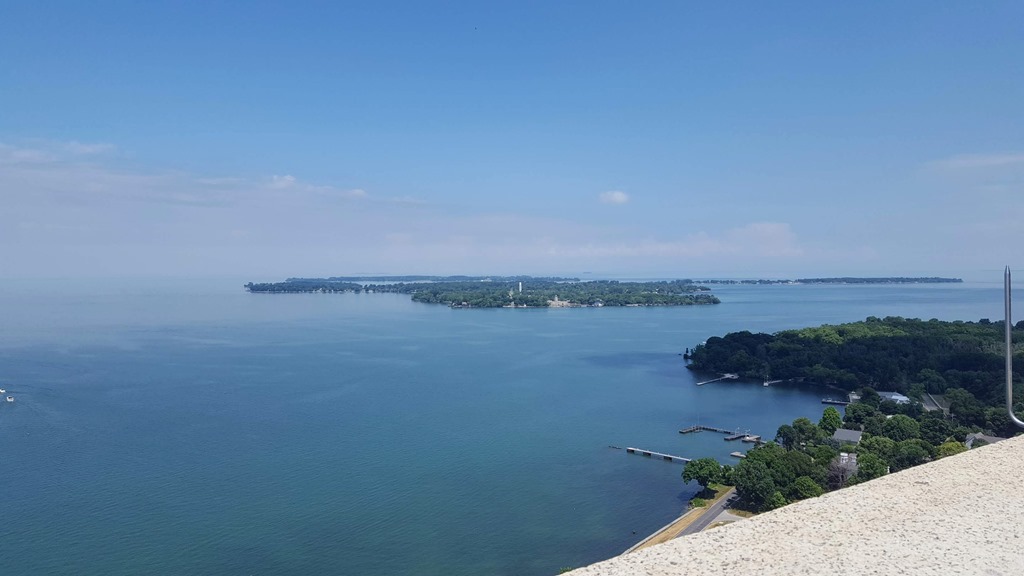 As expected the town is all about the tourist. It felt like a mini Block Island RI though BL has better ice cream….yes it is true! Seeing this sign immediately made of think of our friend Frank & Elaine wondering on the progress of their project? I also know what we will be doing when we arrive in Towanda NY….. 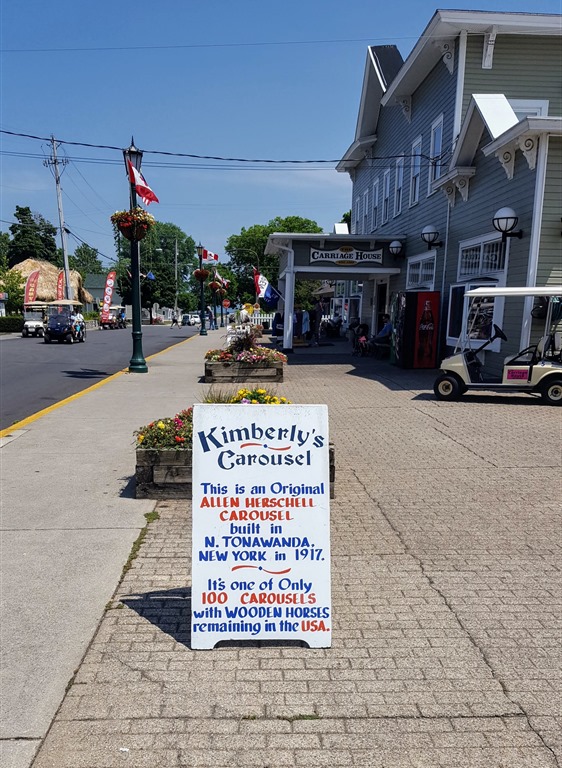 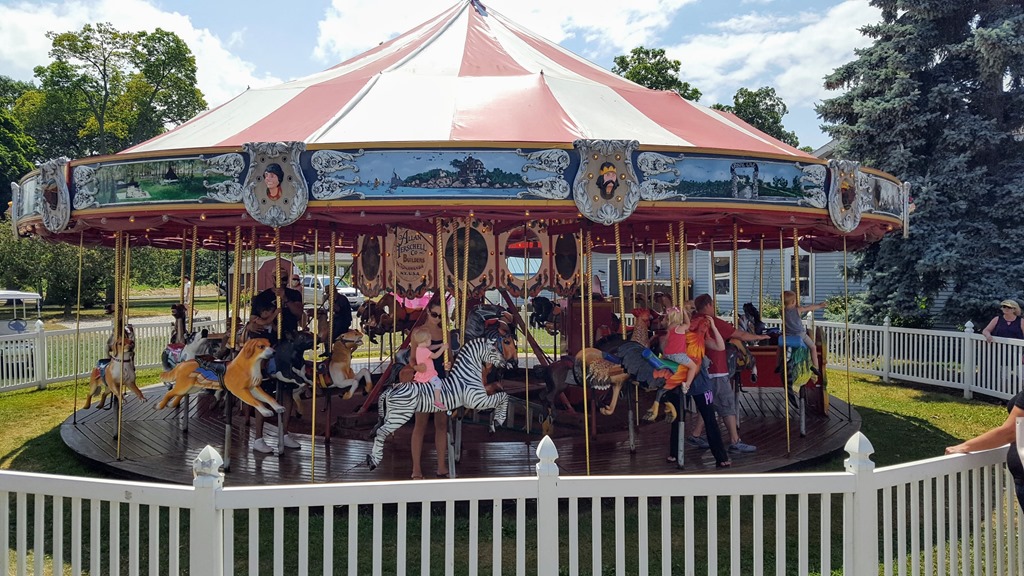 I had no idea that northern ohio was such a hot bed of carousels, but more on that in the next post! 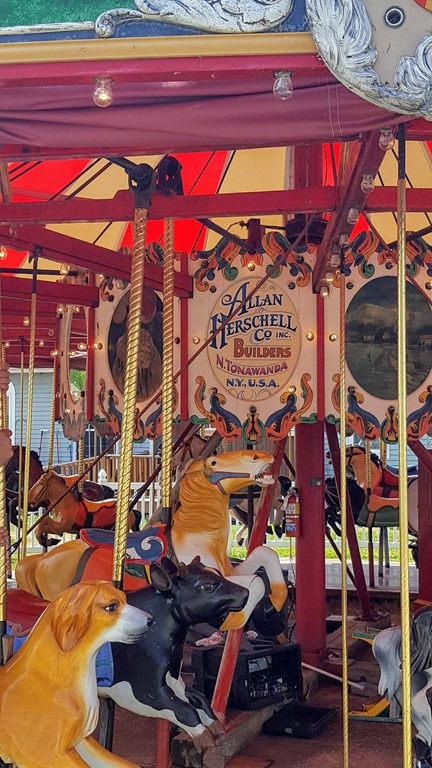 We also made a stop across the harbor to Gibraltar Island which is home to the Stone Laboratory operated by Ohio State University. 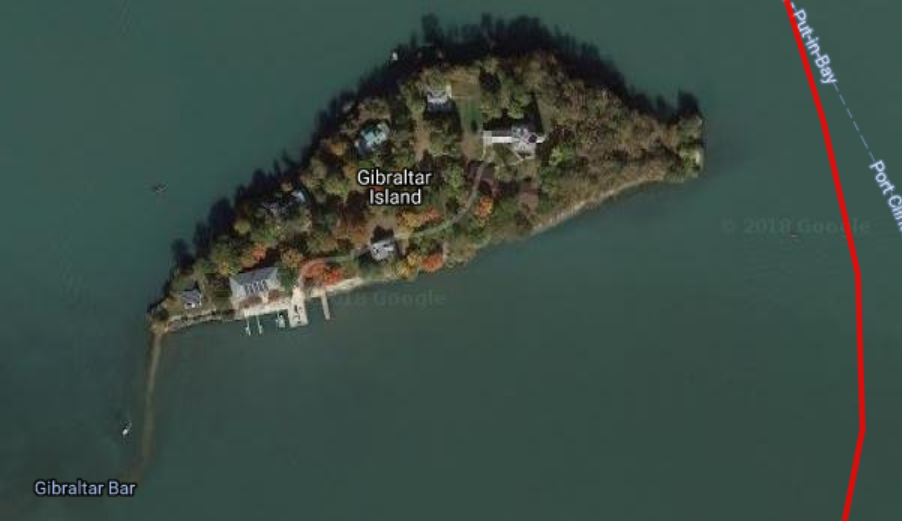 They study much of the great lakes ecosystem and that includes snakes….yeah, my favorite! 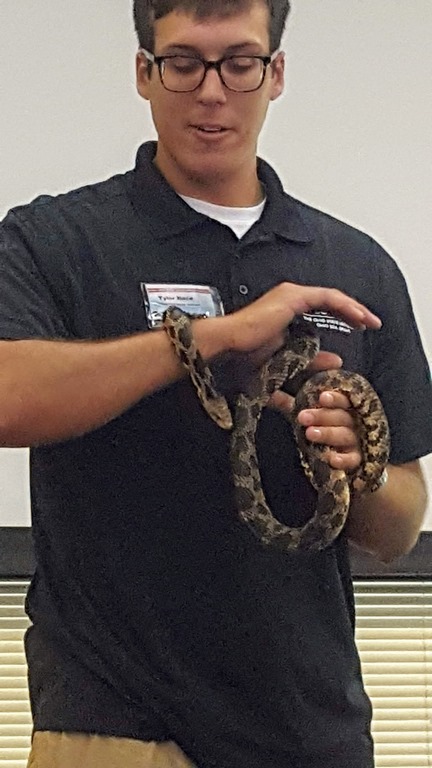 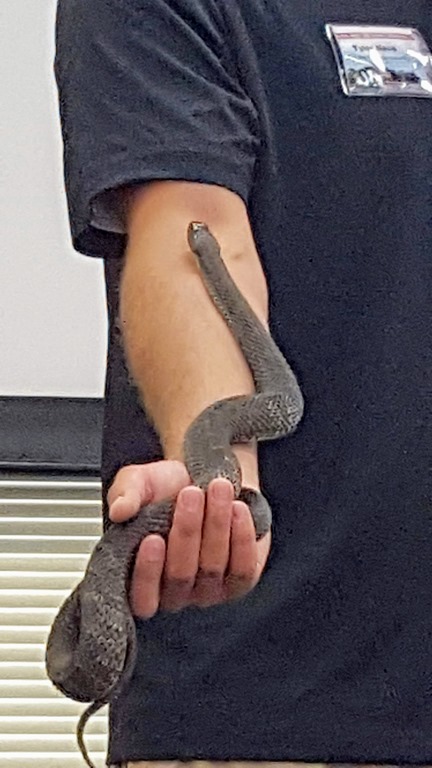 But in addition to the science, there was some history so that was the up-shoot! More information about Jay Cooke. 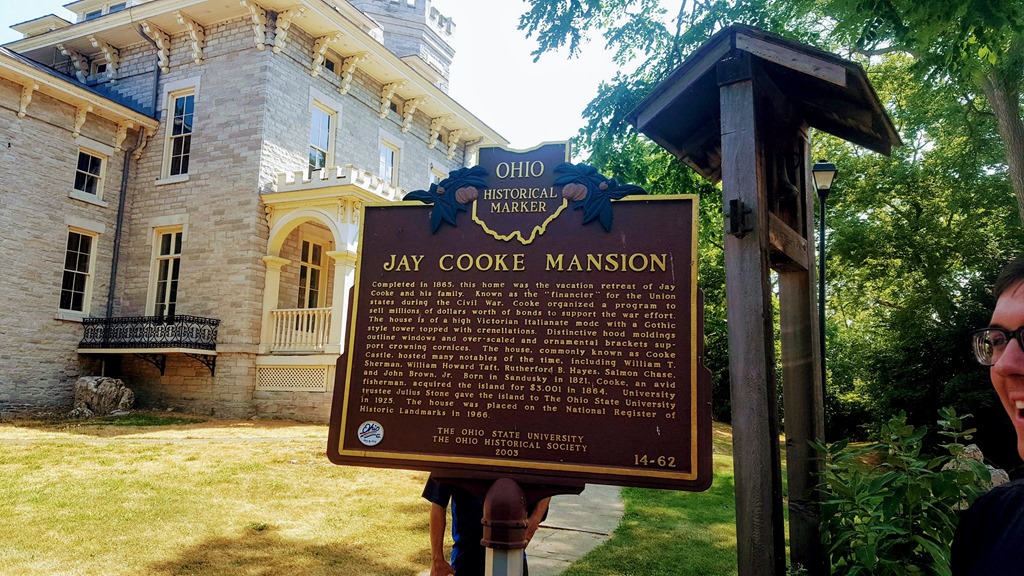 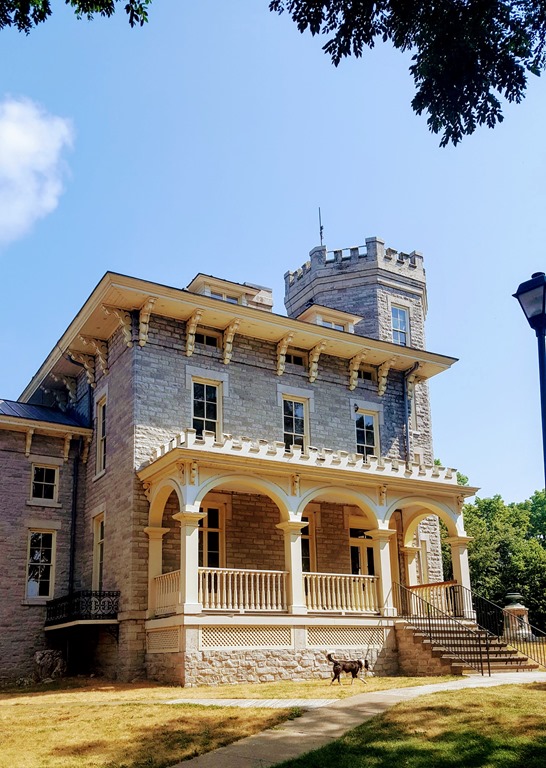 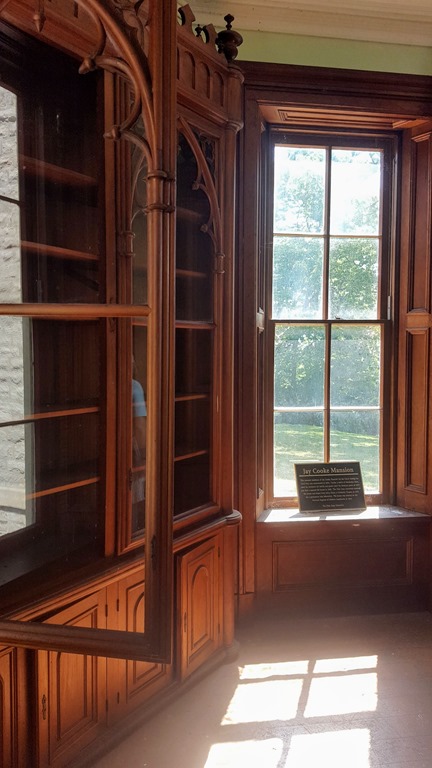 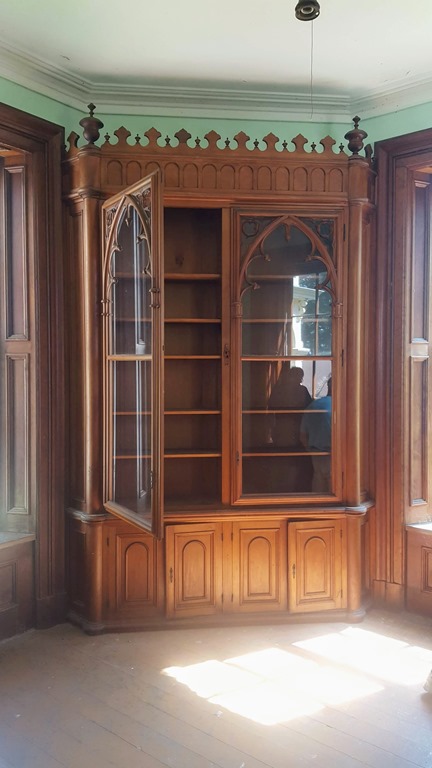 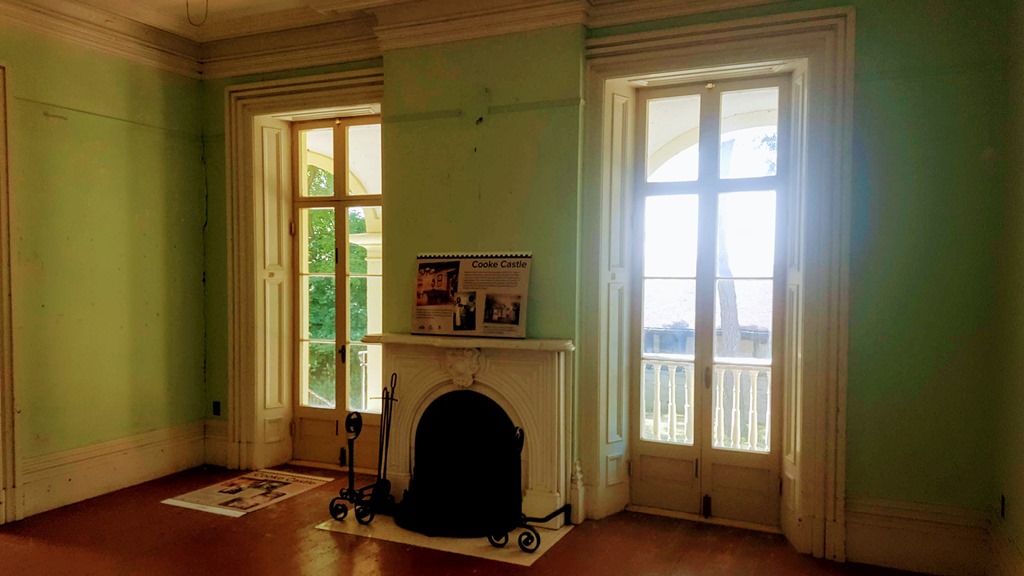 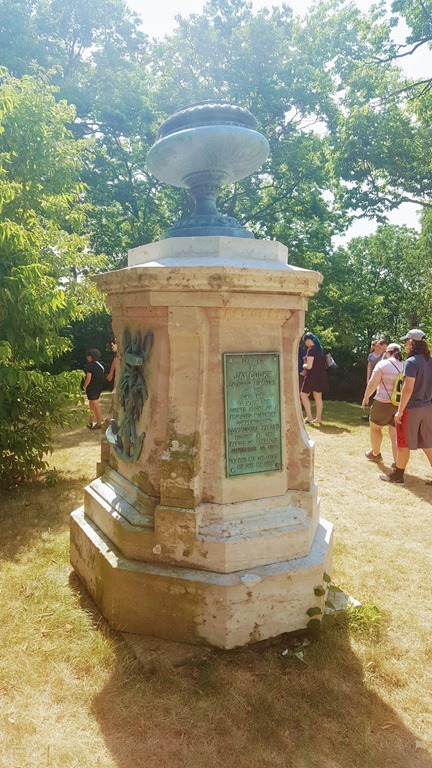 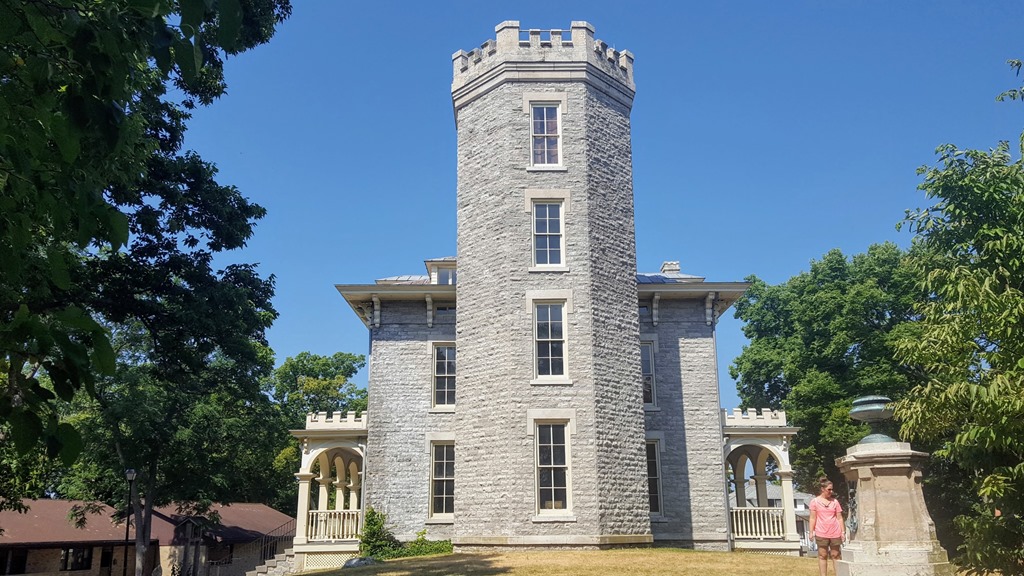 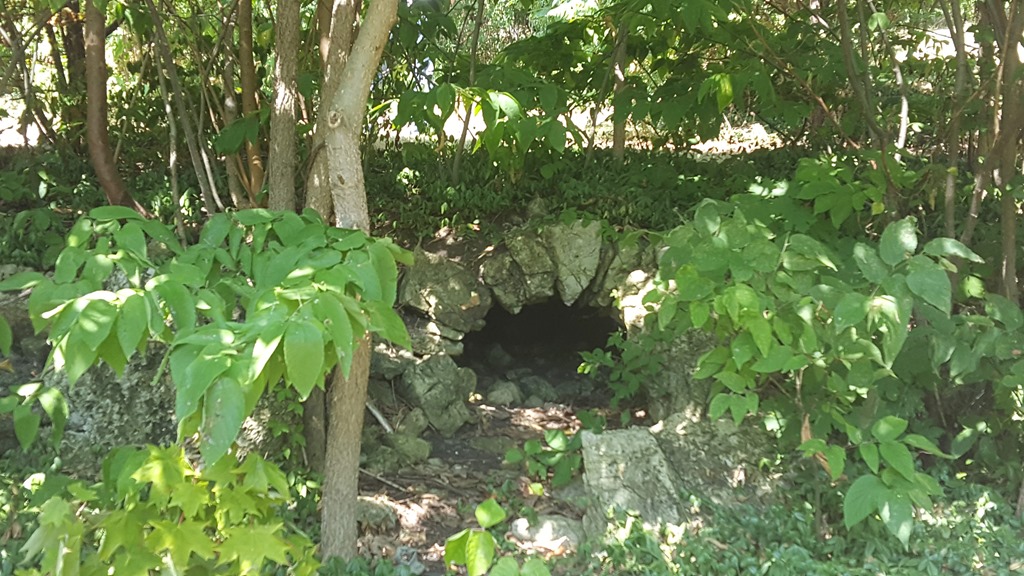 In an effort to escape the tourist area (ok, the best we could) we were told of a place the locals go outside of town. It was a lovely way to wind down our stay and I enjoyed the bottle of beer talking to me about the history of Oliver Hazzard Perry….it was amazing!!!!! 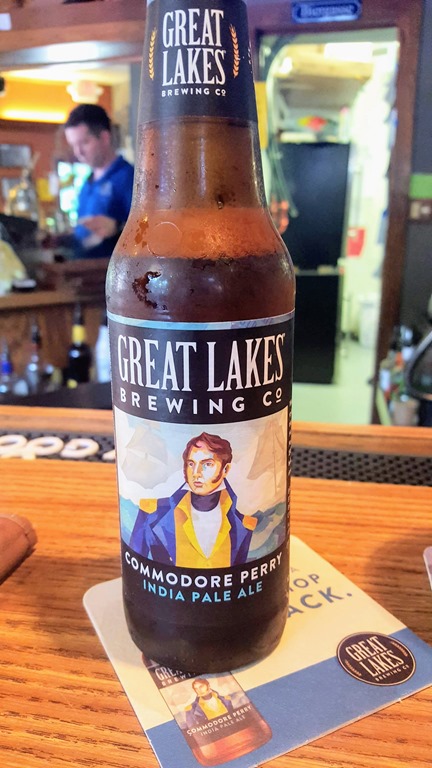