After saying goodbye to our friends Al & Michele Magnolia headed on up the Hudson river. The beauty of the upper Hudson river really is beautiful. 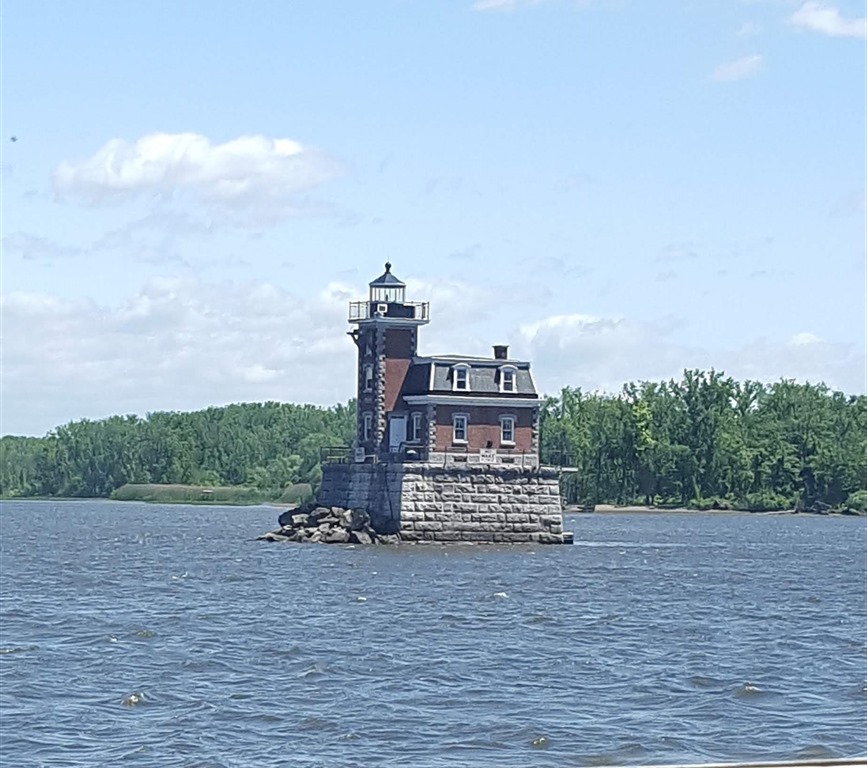 We planned for a long day on passage from Kingston, NY to Waterford, NY. As we approached Albany the waterfront became much more industrial (less attractive) than we had become accustomed. 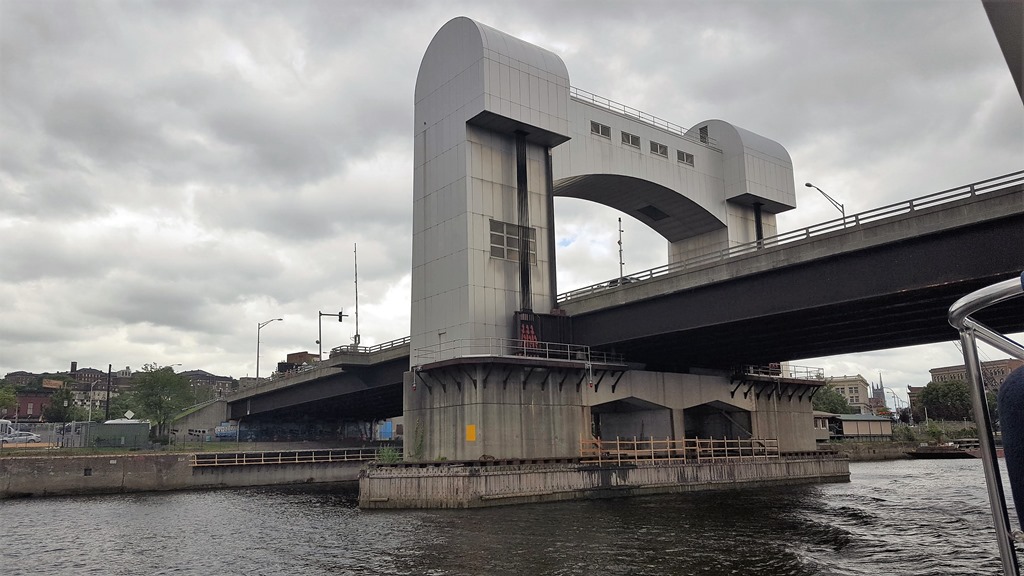 Out first of MANY MANY locks was the Troy Federal Lock. 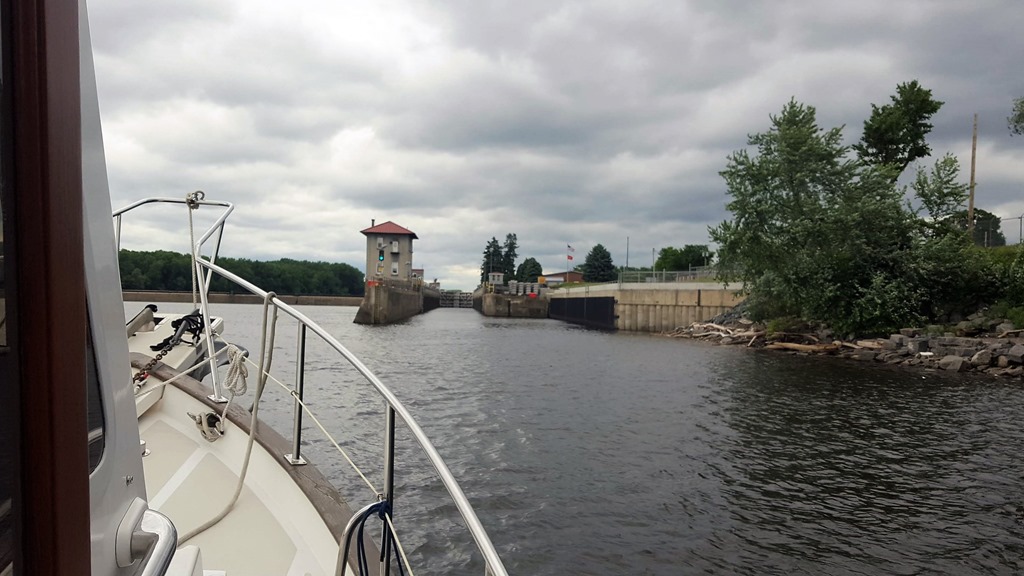 The end of our day was planned for Waterford NY just a couple miles further past the Troy Federal Lock. The first thing we learned is Loopers have no mooring discipline. Use as much dock space as you want and to hell with those that arrive later…yes I am ready to catch shit but it is true…this is only the FIRST example. We arrived late, but another boat arrived even later. We moved Magnolia even closer to the barge behind us to get another boat in front. A wind shift eventually brought that barge even closer…a little disconcerting!!! 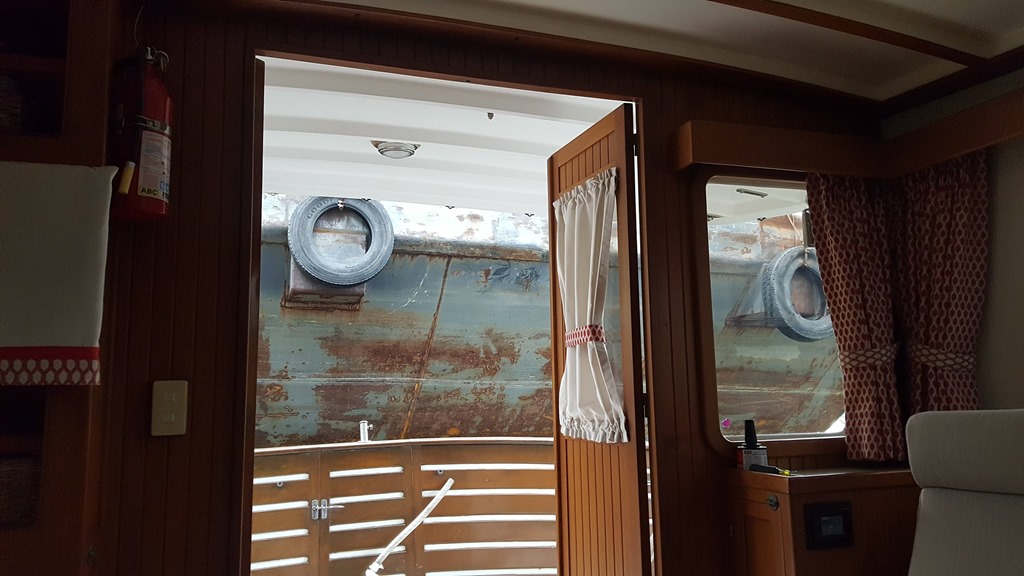 We took a couple day break at Waterford. It was an ideal town with a barber named Chainsaw Chuck whom I was way over due to visit. 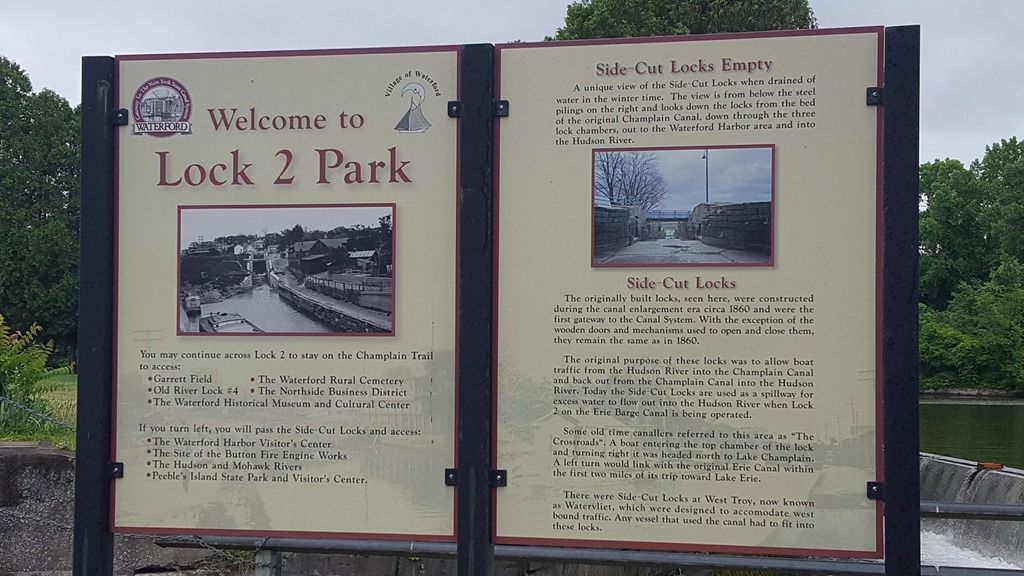 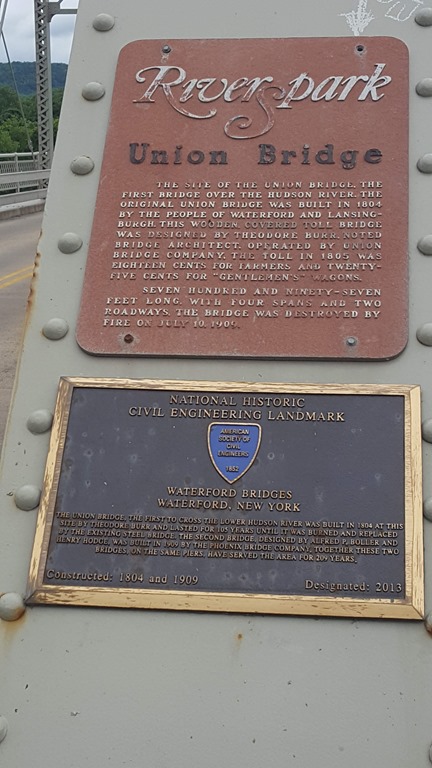 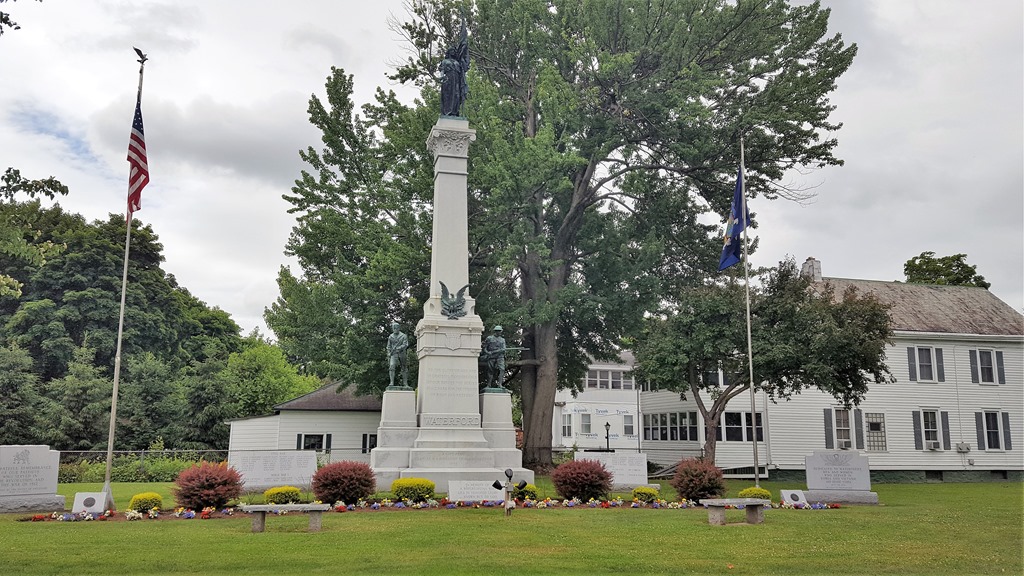 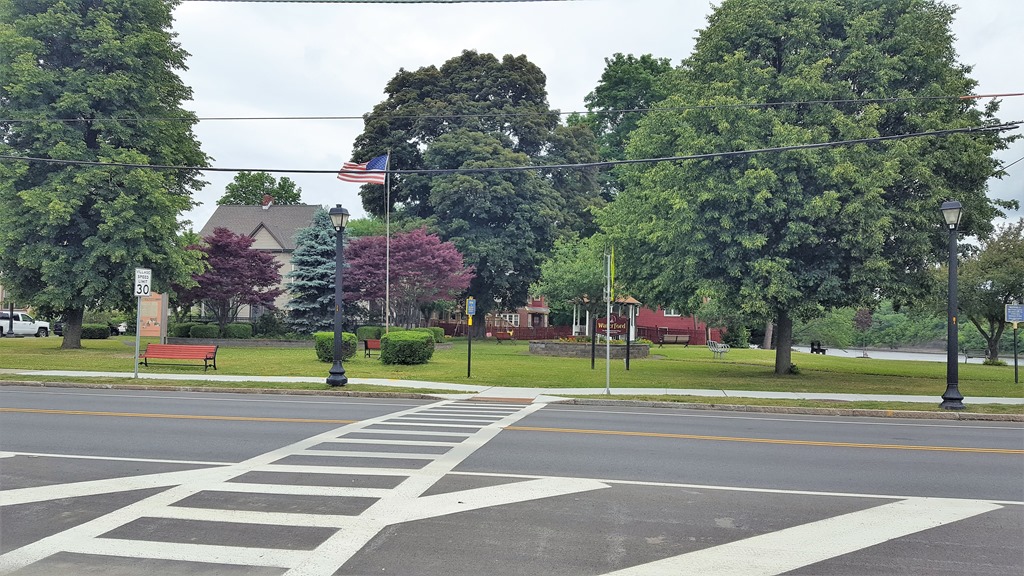 Though this is now just a spillway, this was the original canal minus the lock gates from the 1860s! 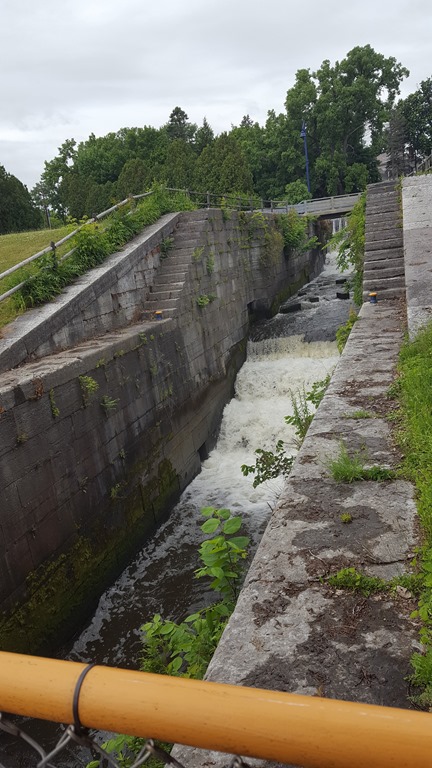 Since we have never been in the New York Canal System we took a walk up and looked at Lock #2. The firs 5 locks you MUST go through without stopping.  The are all with in 2 1/4 miles but combined raise you up 184 ft! That’s a pretty steep incline for 2 miles!!! 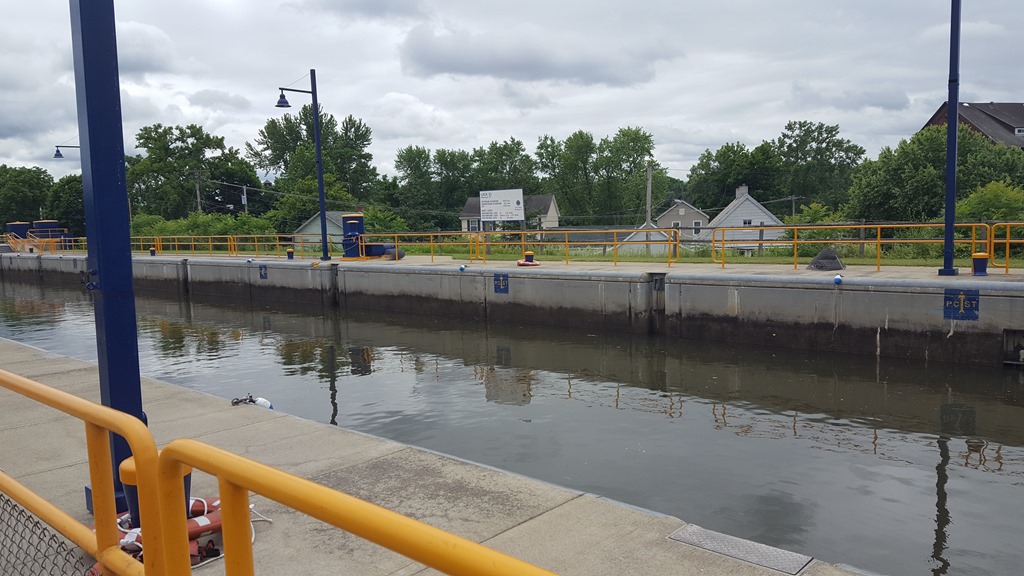 None the less first thing next morning we entered lock #2 and the adventure began! This is what the inside of most all the locks look like. 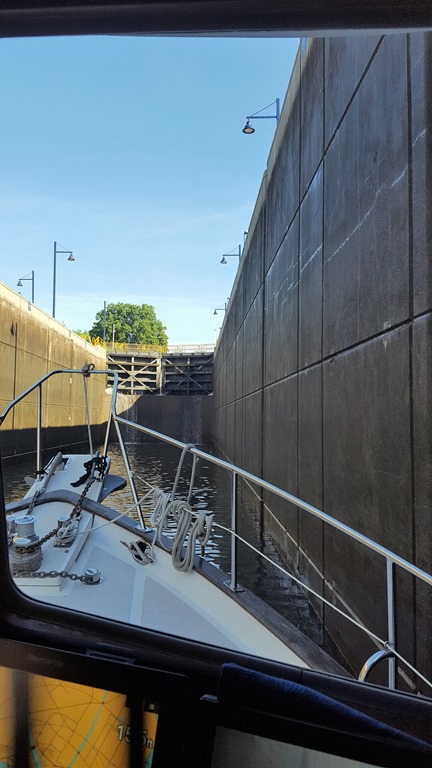 Beside most of the locks is a damn that allows a certain amount of water to by-pass the lock. There seems to be a fair number of hydro-electric damns too 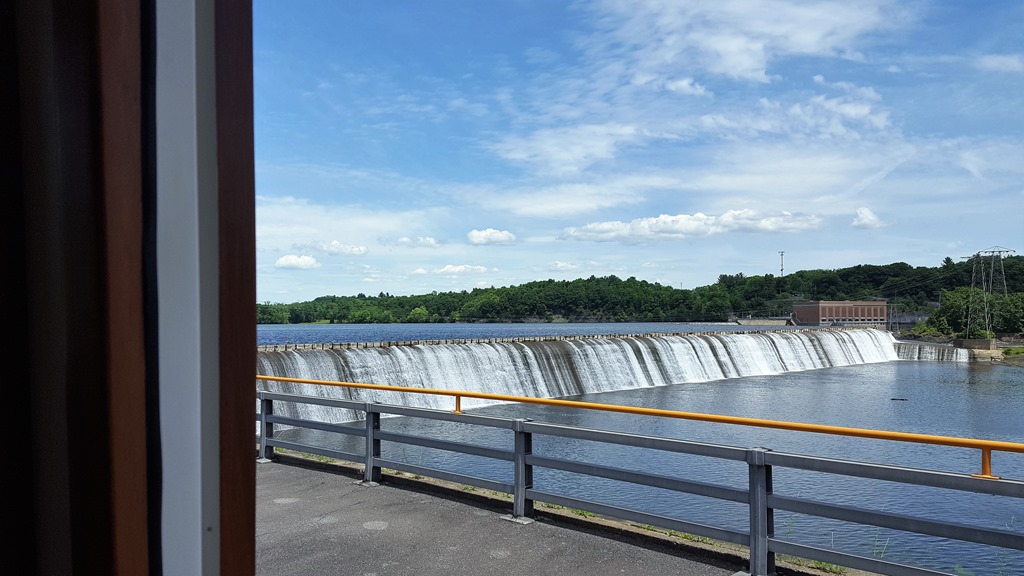 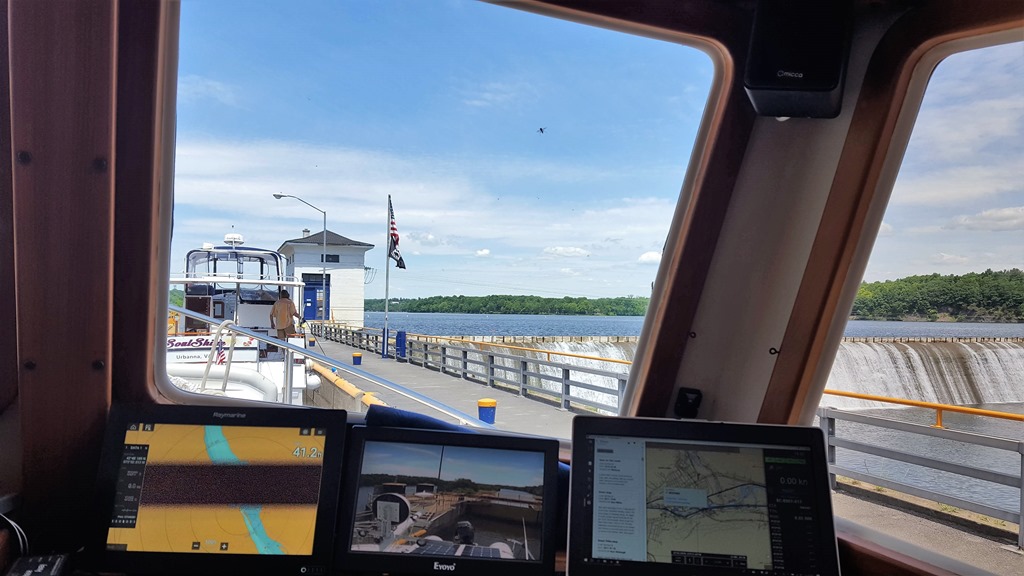 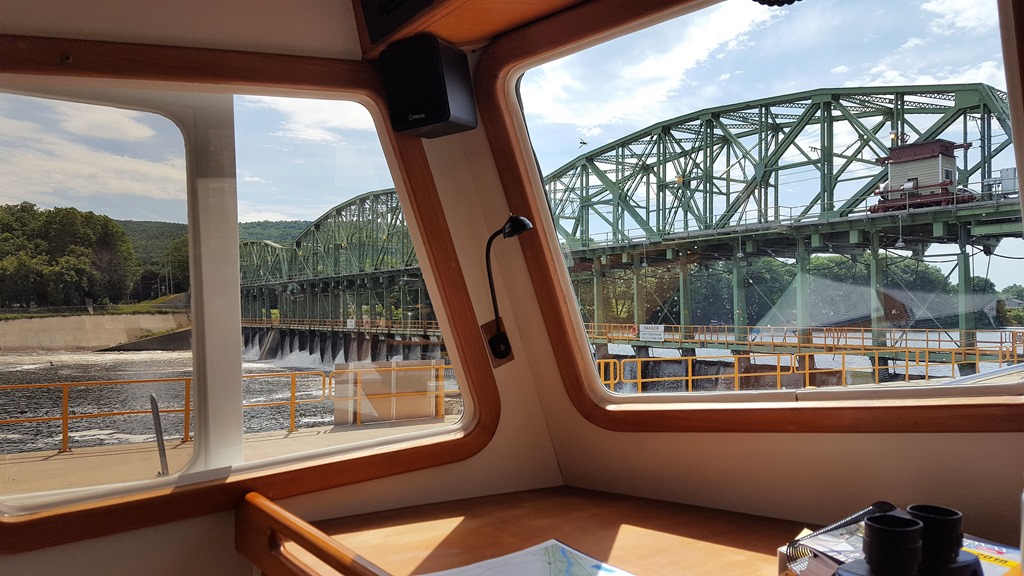 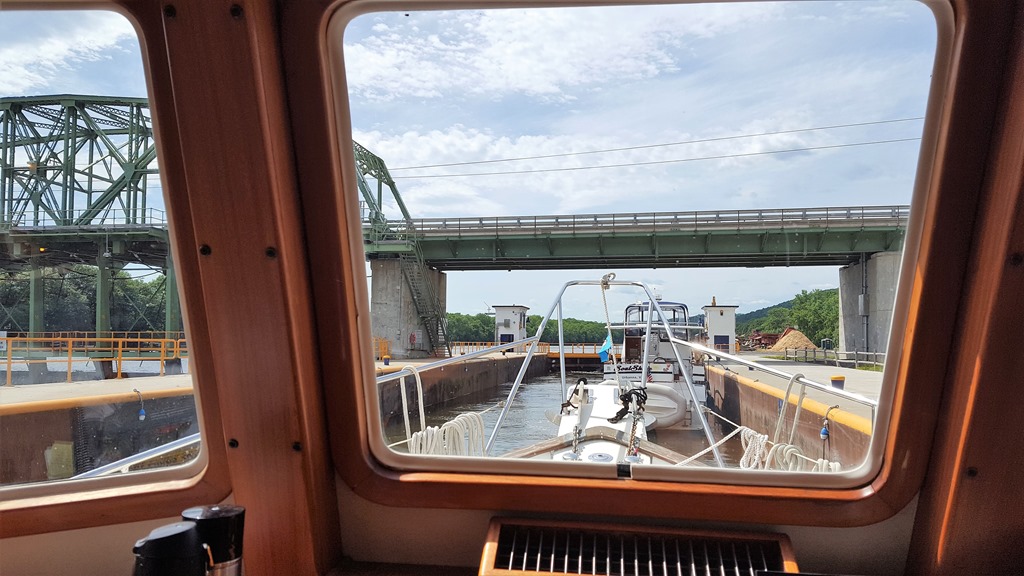 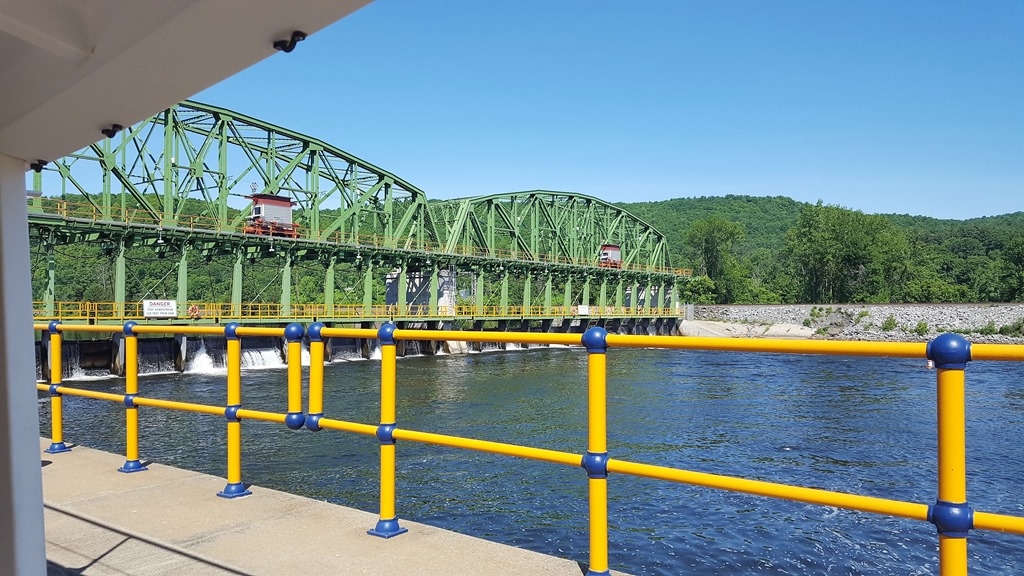 There are a number of free and inexpensive places to tie up along the canal. This is sunset in Amsterdam NY. 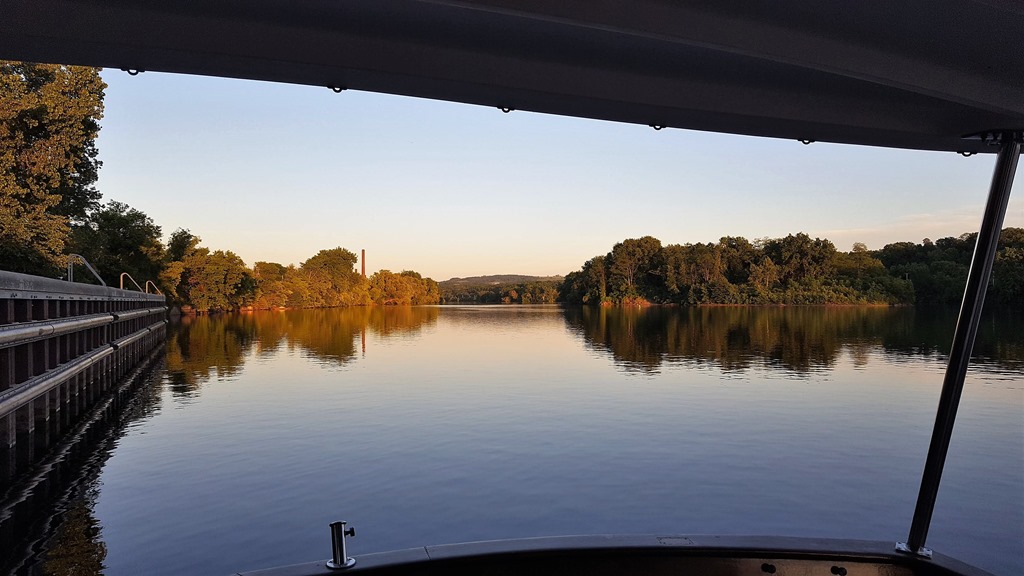 This is a standard building by each of the locks. They seem to be old industrial buildings like there was a turbine in there at some point. 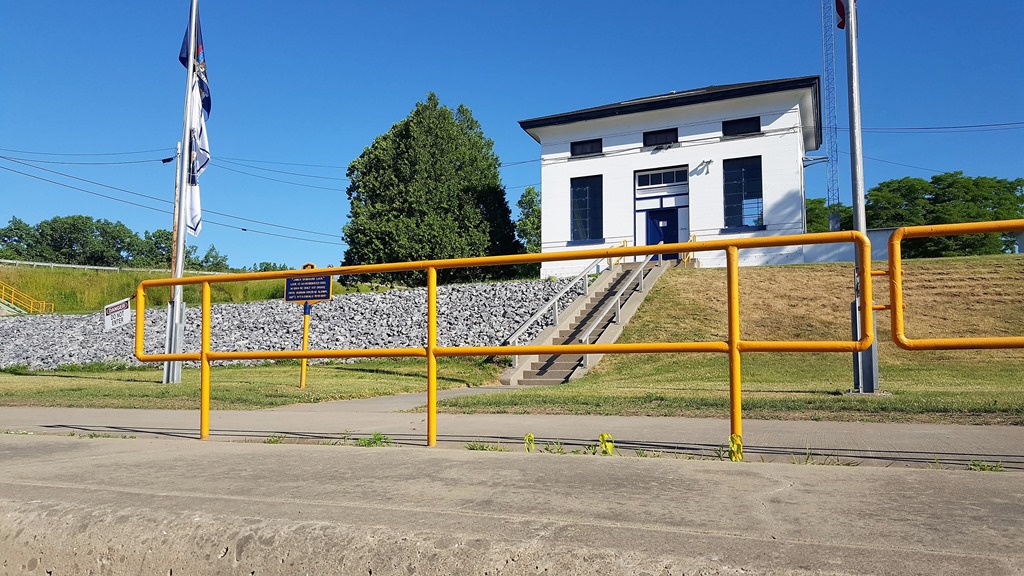 We are starting to find our stride and having a wonderful trip…couple more days and we will be settle in!!!