Yes there really is a place but more on that in a moment…we had a terrific visit to in North East Harbor. We were able to do a few chores, some nice long walks and another visit with S/V Second Sally (Greg & Marie). 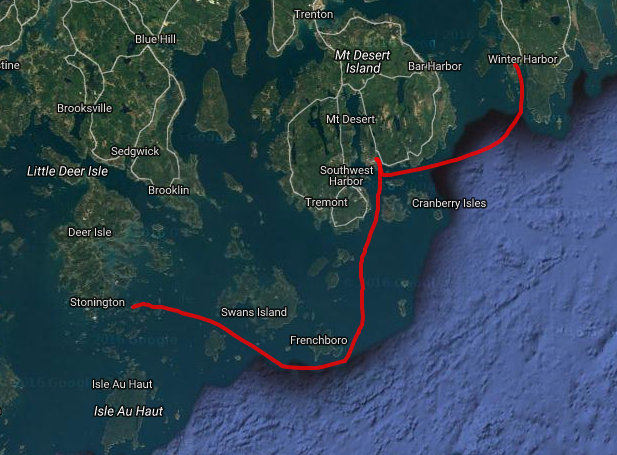 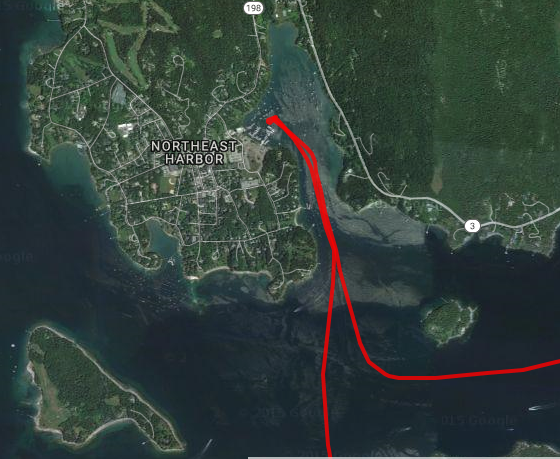 It was a little foggy when we departed Winter Harbor but as we rounded the tip of Mt Desert Island we were rewarded with just a bit of clearing which made view a little more beautiful and more importantly good visibility to get into North Eastern Harbor. 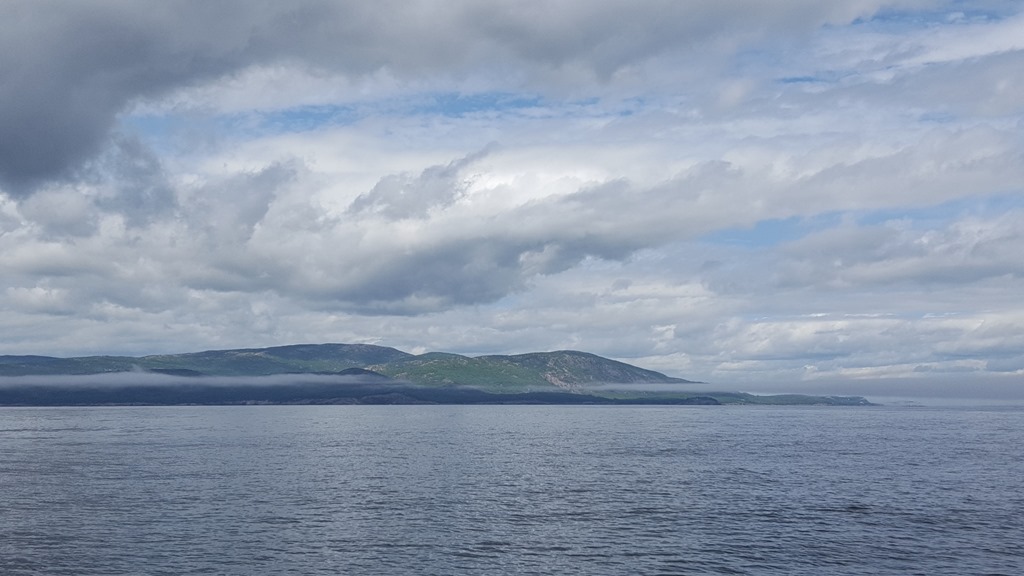 Normally the tides in NEH run about 8 feet but in this part of the moon cycle it has been closer to 12 feet…that is A LOT of water as you can see.  The dock ramp will tilt in the opposite direction at high tide!! 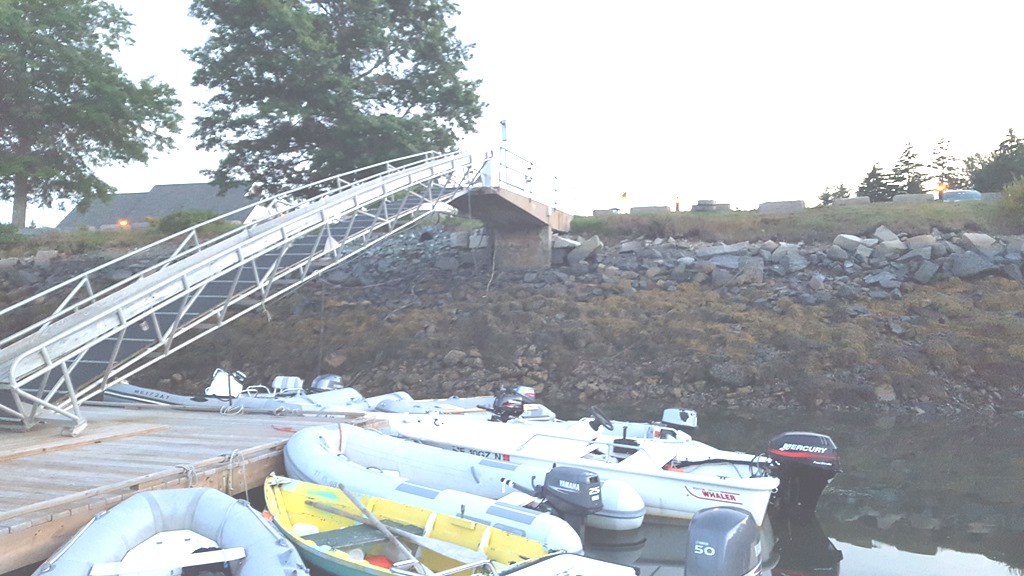 LL Bean Company sponsors a public Bus System (http://www.exploreacadia.com/) that provides transportation on Mt Desert Island and around Acadia National Forest. It is a terrific system though sometimes you have to wait a while on connections.. 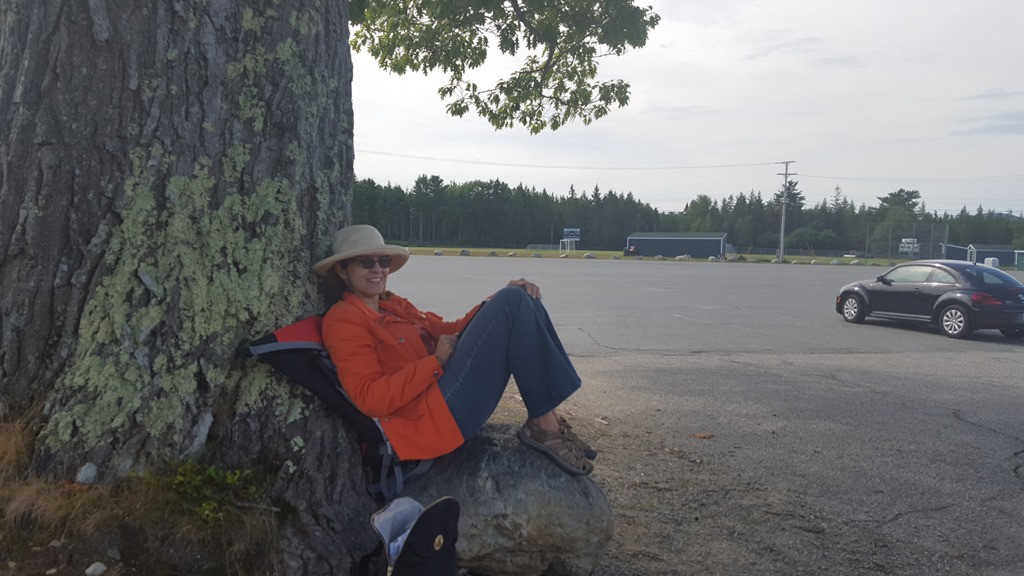 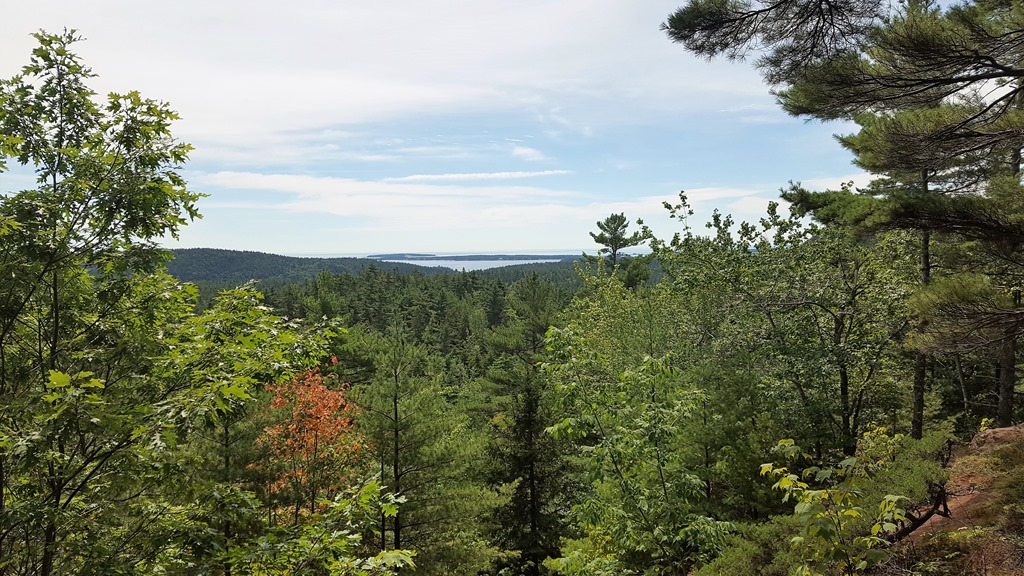 One of the famous carriage road and bridges in Acadia 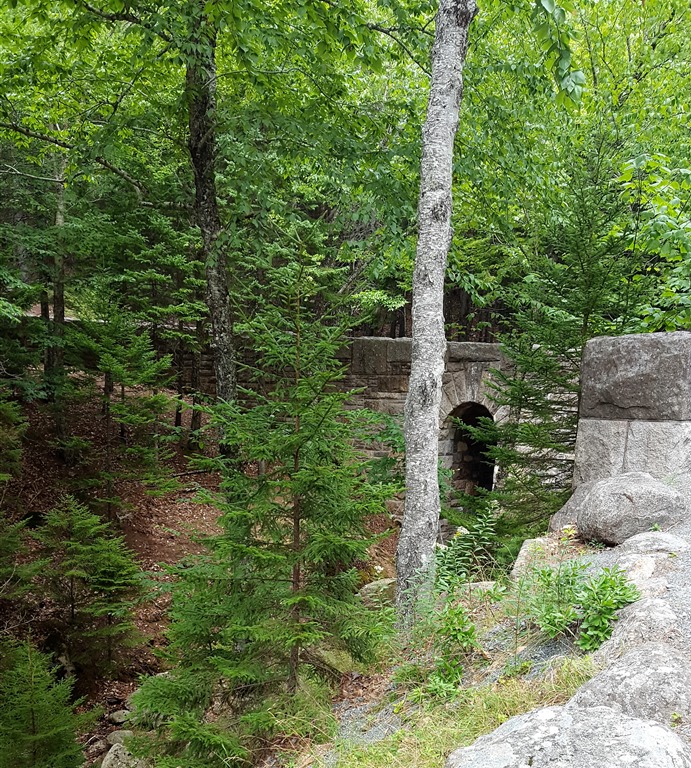 We enjoyed our visit but it was time to move on. Early in the morning fog was quite heavy and so departure was delayed. 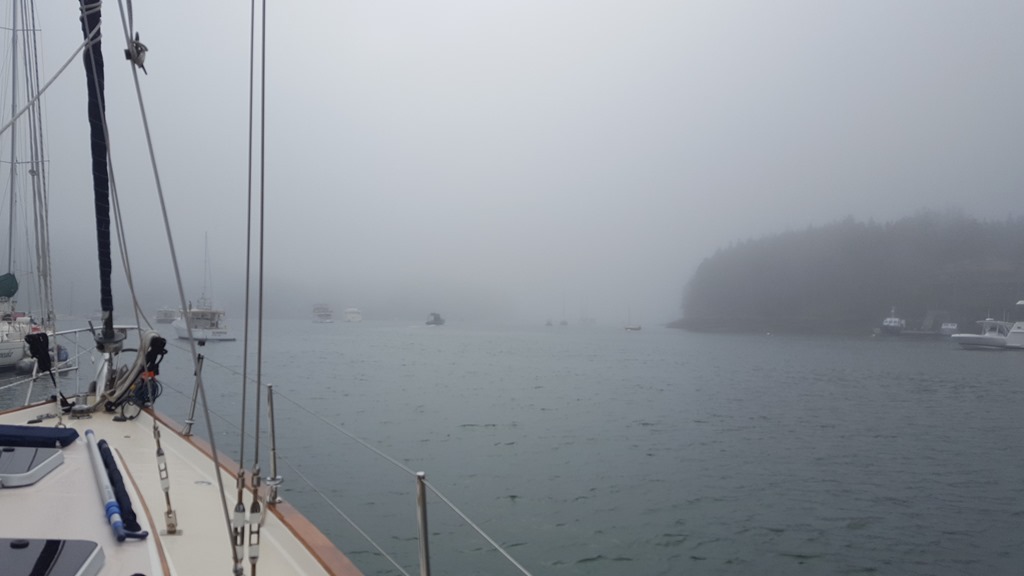 We started to see some sun peak through so got on the move. The passage to Devils Half Acre was about 20 miles. We had planned a more direct route but the fog was bit heavier than forcast so we remained highly dependent on the radar for navigation so we decided to take a more round about route which kept us in deeper water where we have more room to maneuver, fewer lobster pots and less boat traffic. 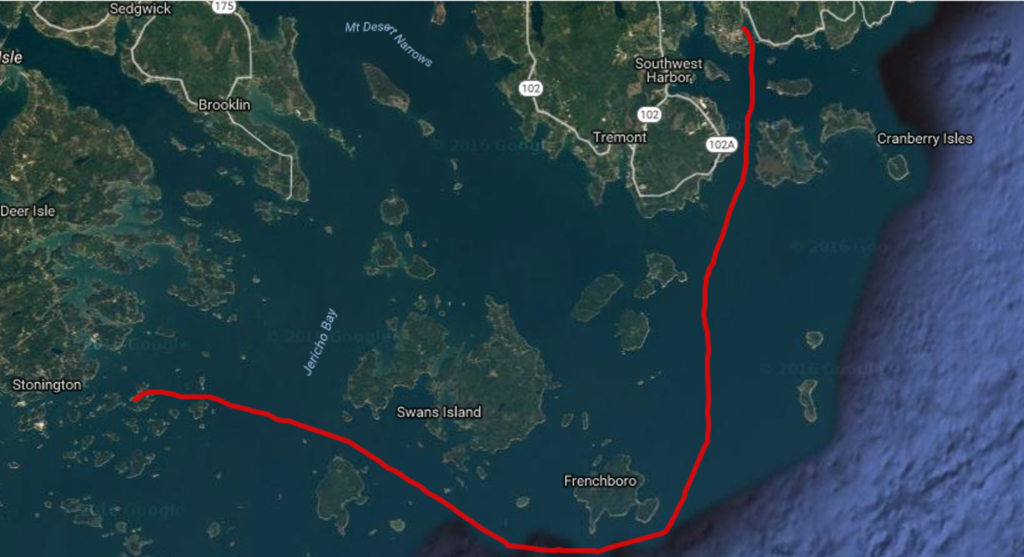 Thankfully the “marks” show up on radar 1) so we dont run into them, 2) gives a good fix on our actual location. 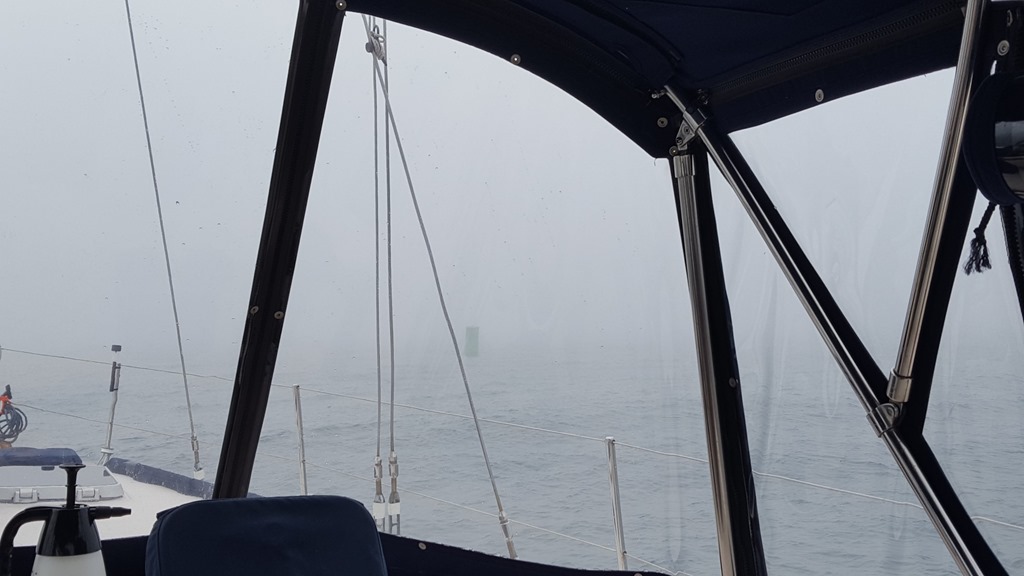 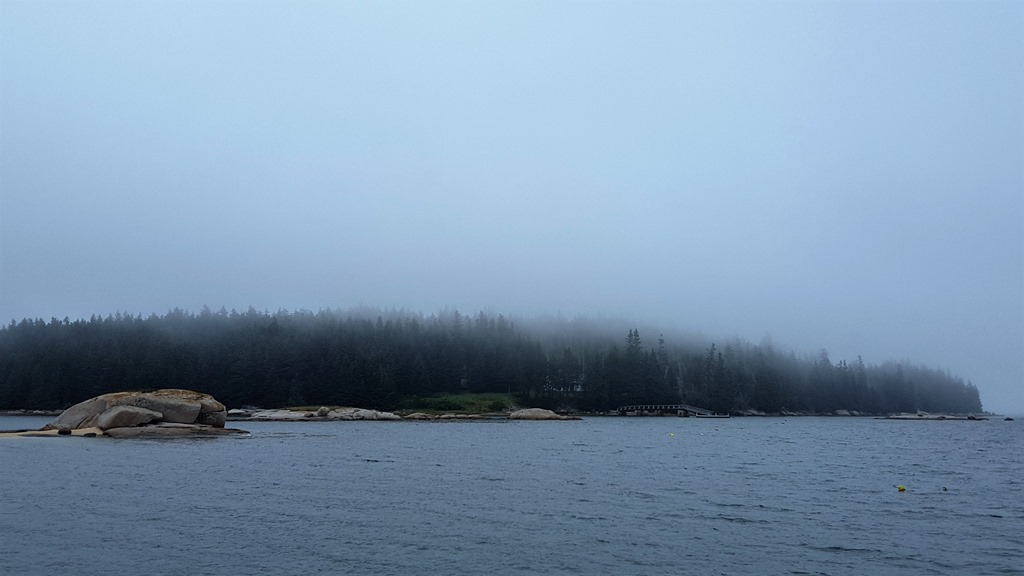 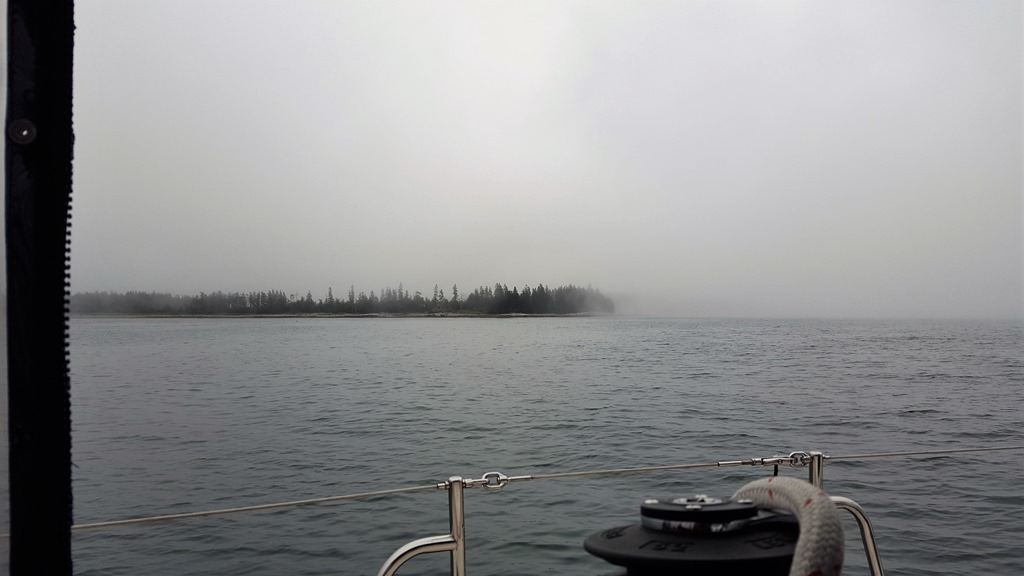 Thankfully as we approached the anchorage we did get some clearing which certainly removed a great deal of anxiety that exists when entering a new anchorage in the fog!!! 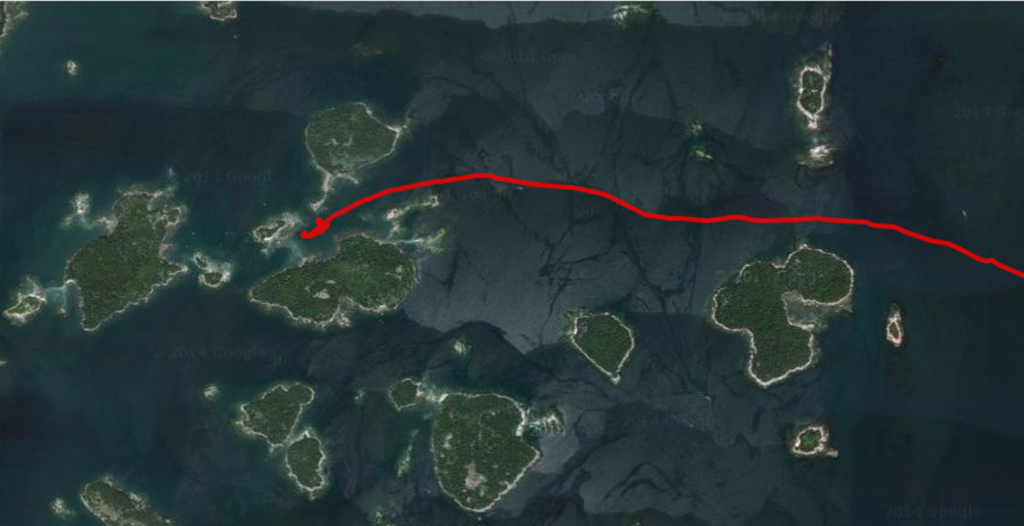 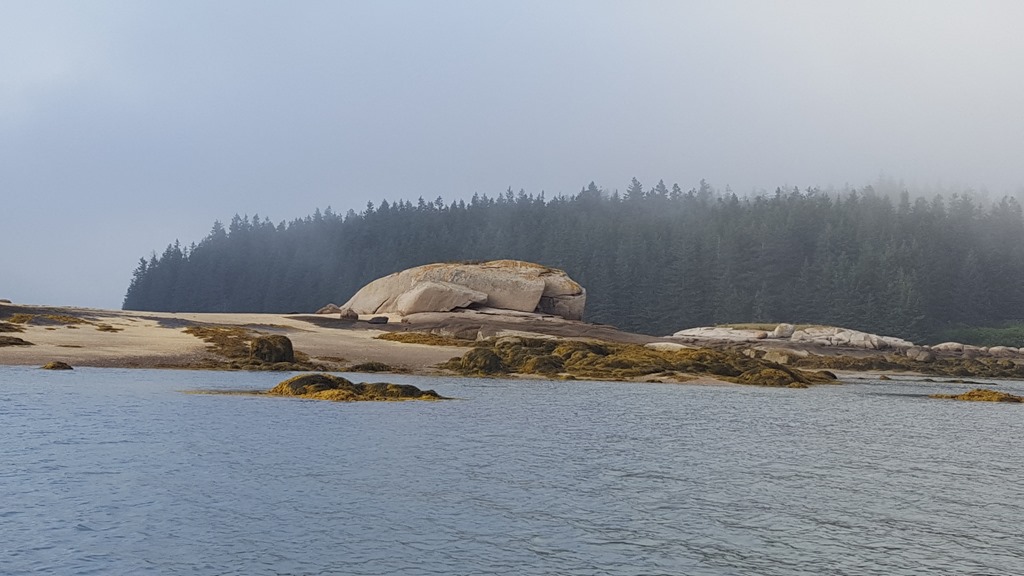 We are expecting a front to come off the coast so we will stay here in this protected anchorage for a couple days for that to clear through.