Magnolia departed Current Cut for Little Harbor Cut Abacos. The distance between the two is right at 60 miles which is a long day by sail boat standards, even we we have 16-21 knts on the starboard quarter (which Magnolia loves!!!) and seas running 4-6 feet. It was a real rocket ship ride! 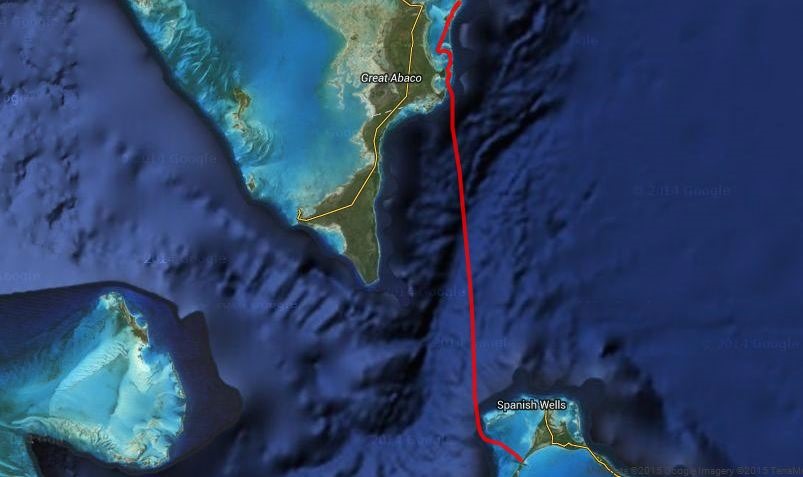 The Little Harbor Cut was churning but we had favorable tide. We have also been in here once before which makes ALL the difference in the world. We dropped the hook off Lynyard Cay just before dark and did some serious snoring that night! We were bushed! 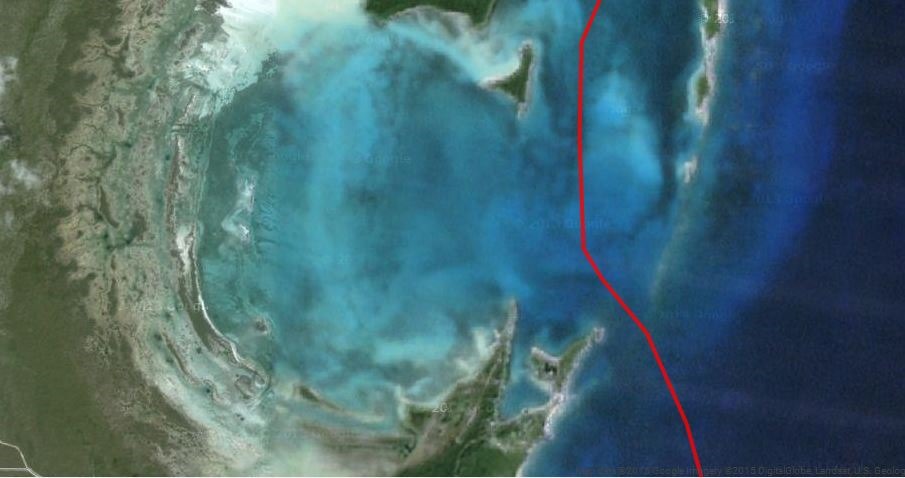 The next morning we set off for Hope Town only about 12 miles of the sound. There are a couple of tricky places such as near Tilloo Cut & Cay where a huge sand bar has formed shoaling the entire area except for a small navigable channel. Anxiety level…HIGH

We went into Hope Town where our friends on S/V Cutting Class had secured a mooring for us! Thank you Dan and Marcia! 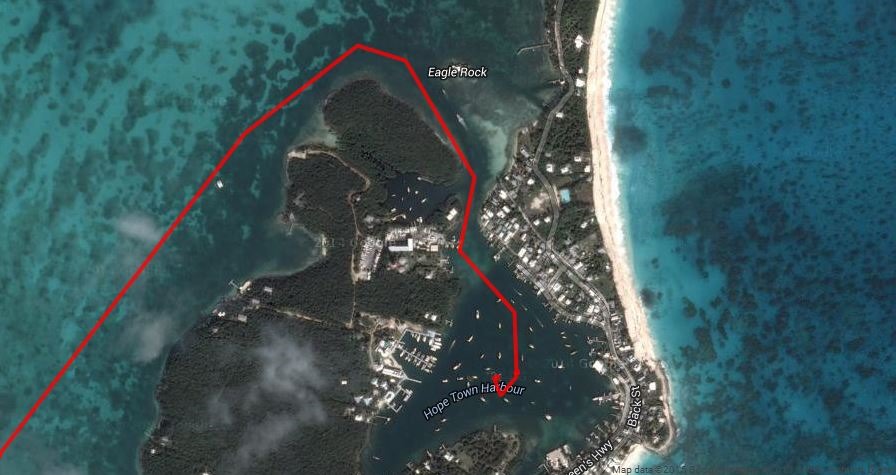 Marcia is a big fan of Bakers Engine Room Bread so they brought some Lobster Tails that Dan caught and we had a mighty feast and celebration.

We traveled with Cutting Class year and we visited them at their home in Connecticut this last summer. 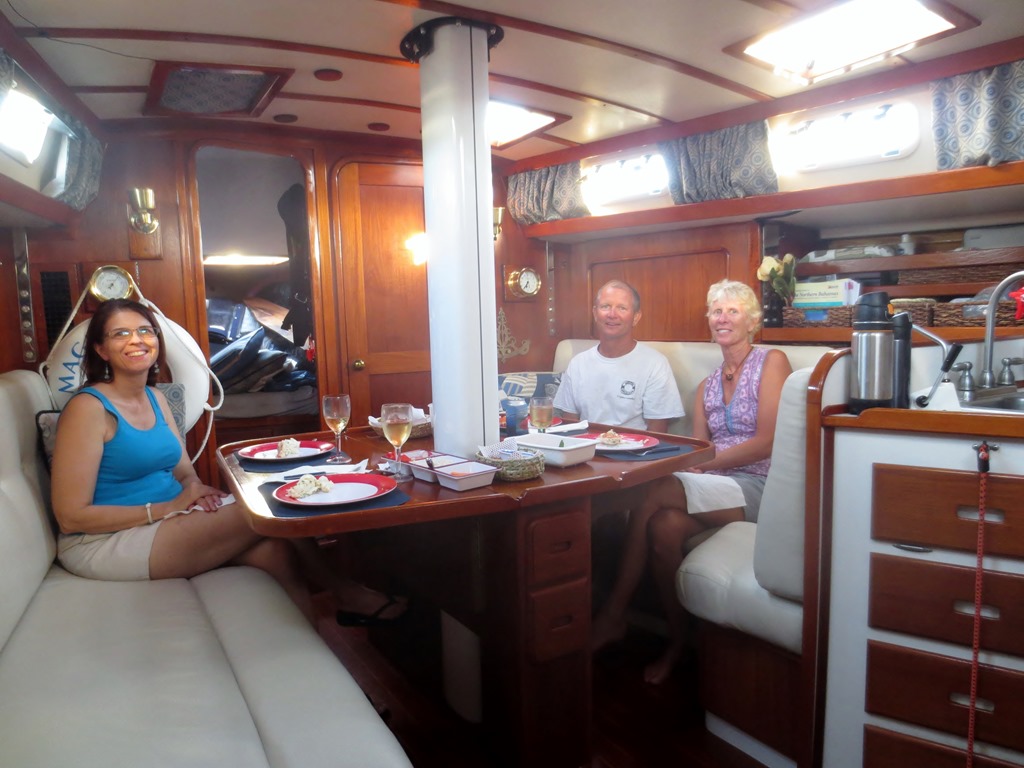 One of the minor problems we had during the passage was we lost the topping lift line which of course went to the top of the mast. I frankly have not been to the top of the mast and was sorta looking forward to the first time. Sadly Dan weighs 35 pounds less than me. That mean he would be the one using the winch to crank my fat but up the mast. He liked the being the once being cranked better so he won!

Dan and Marcia are both former teachers (SV Cutting Class get it?). They spend 2 1/2 months a year here in Hope Town and volunteer at the school occasionally. They asked if I wanted to come to the school for “Field Day” the next day and I said “Sure.” In the military “Field Day”  means clean up day which is what I thought I was signing up too…..but nooooo….“Field Day”  is a sports day oh boy! I will leave the disuccion of Irish Pennants to my friend Ty. Pictures below are all from Marcia 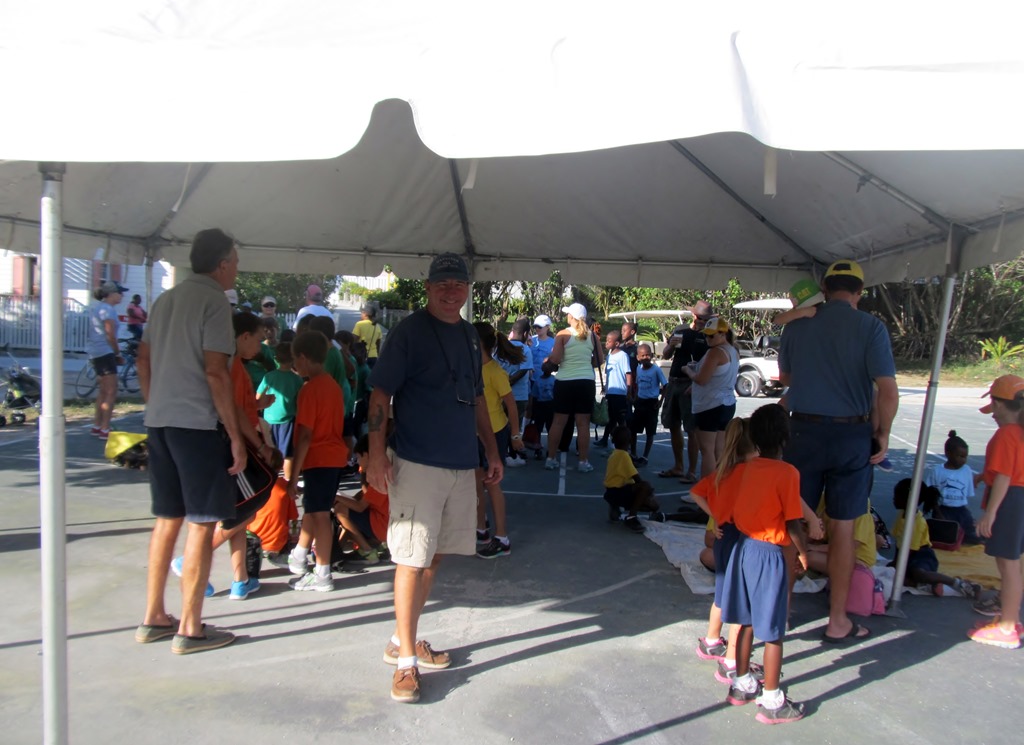 Lets just say this situation is about as far out of my element as I could get!!! 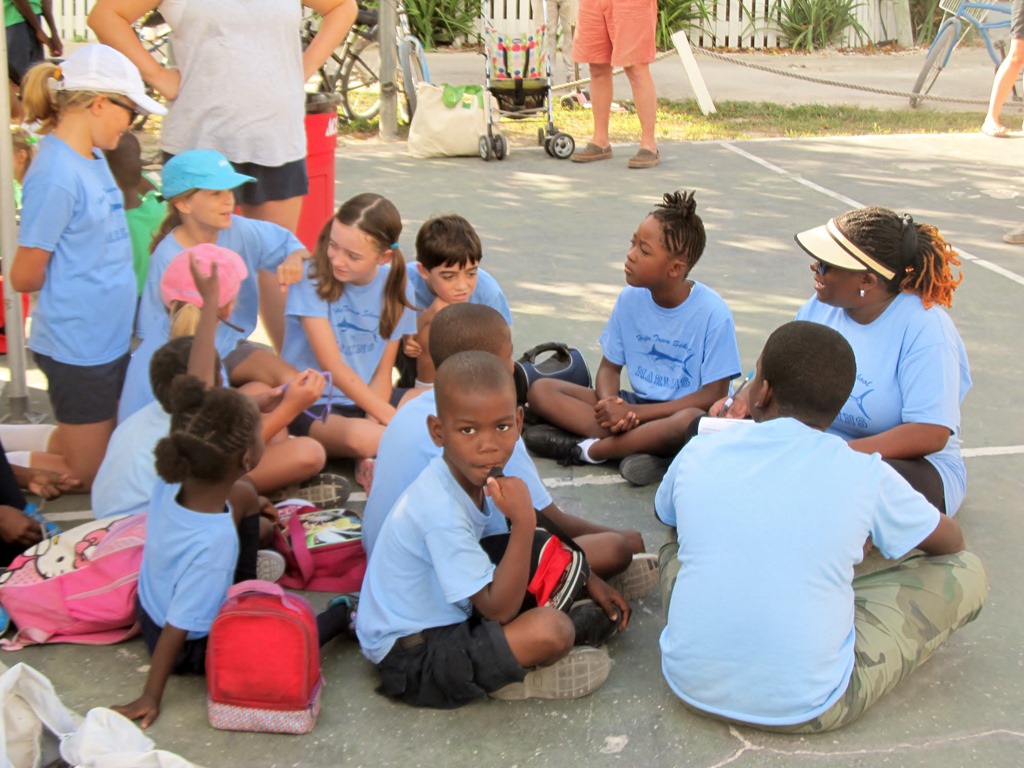 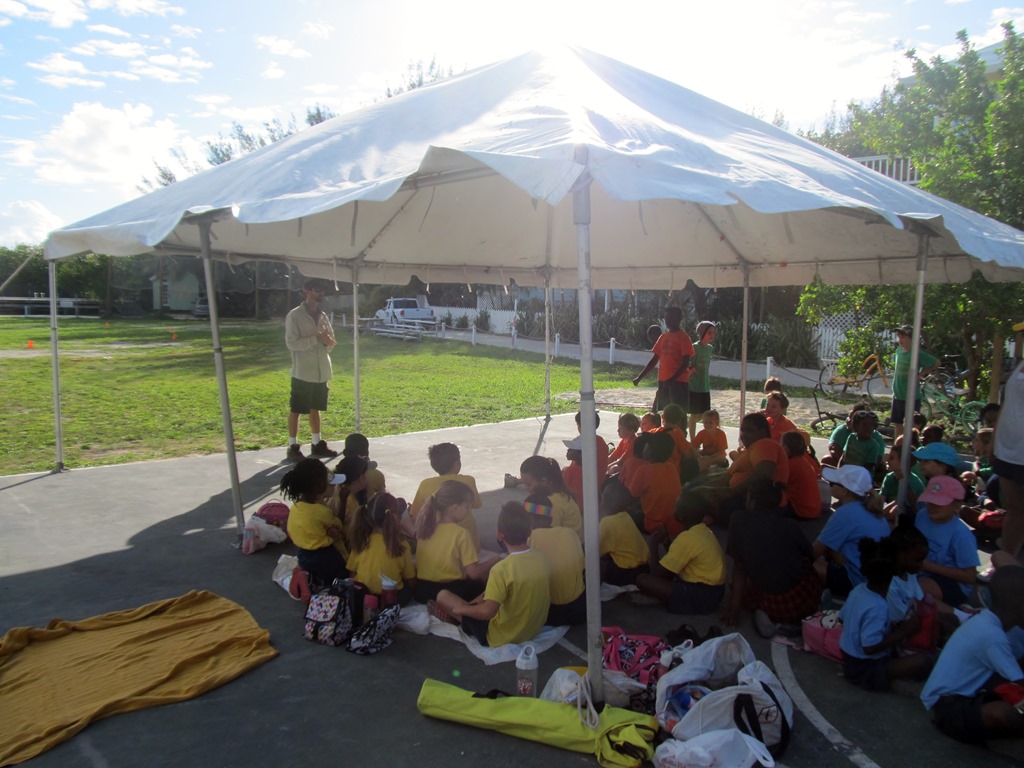 These kids are terrific and so well behaved it was scary. Every morning at school the day starts with a prayer, pledge of allegiance and sing the national anthem (Bahamian) led by the principal, young man with the beard.

I was responsible for the foot race…getting the athletes in on the line. 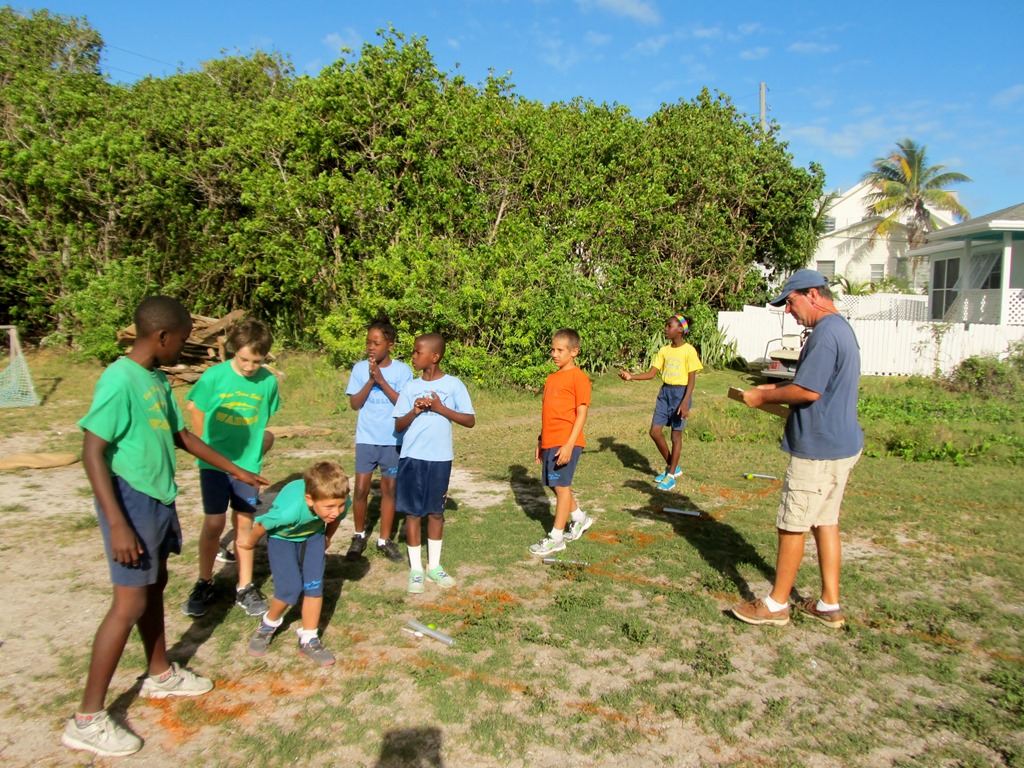 Unsuccessfully firing up the racers! 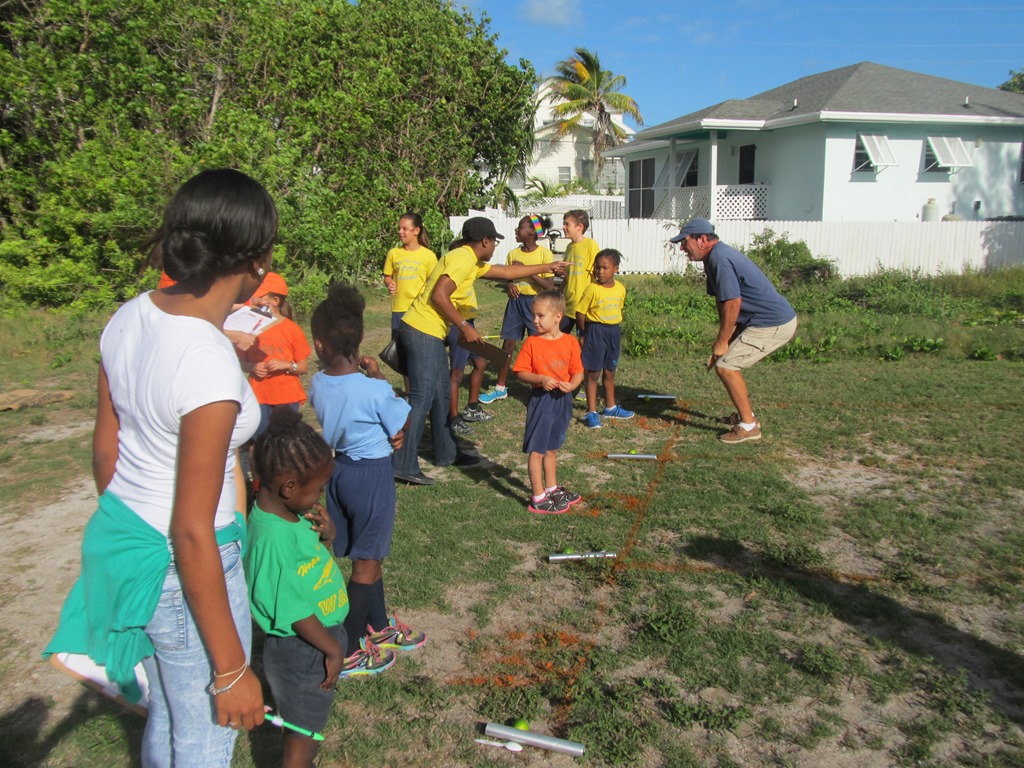 As you can see I have a little 3 year old helper there by my side. The high point of the day was when I went over and sat down on the bleachers… 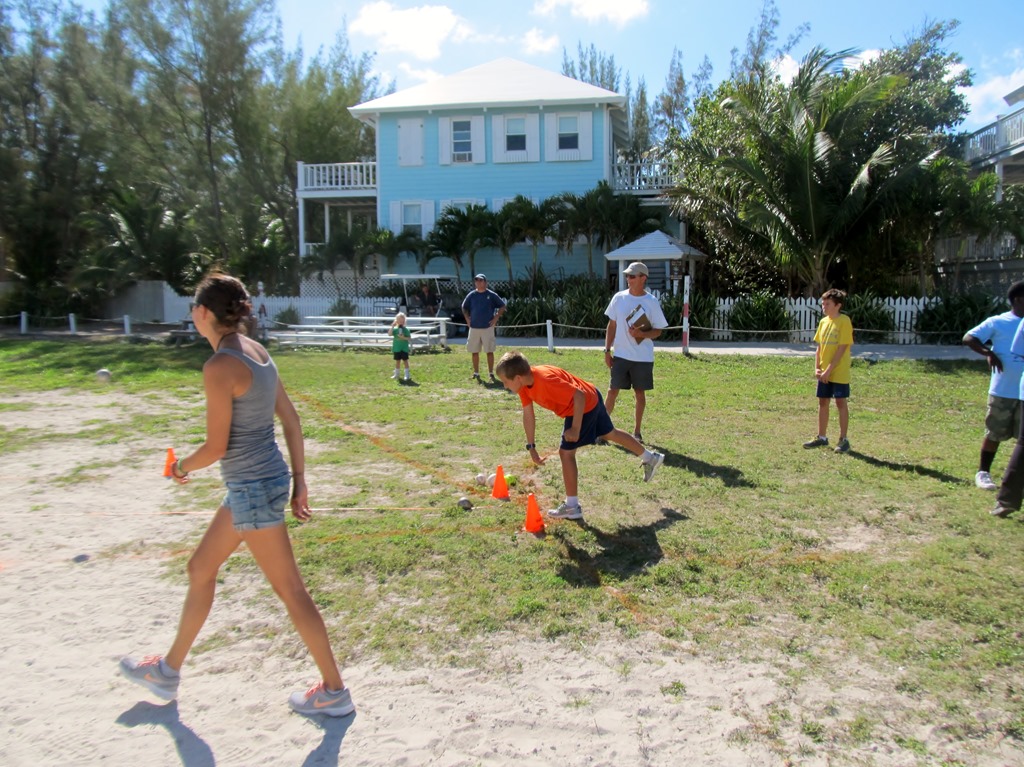 She just walked over and plopped down next to me…not much better than that! 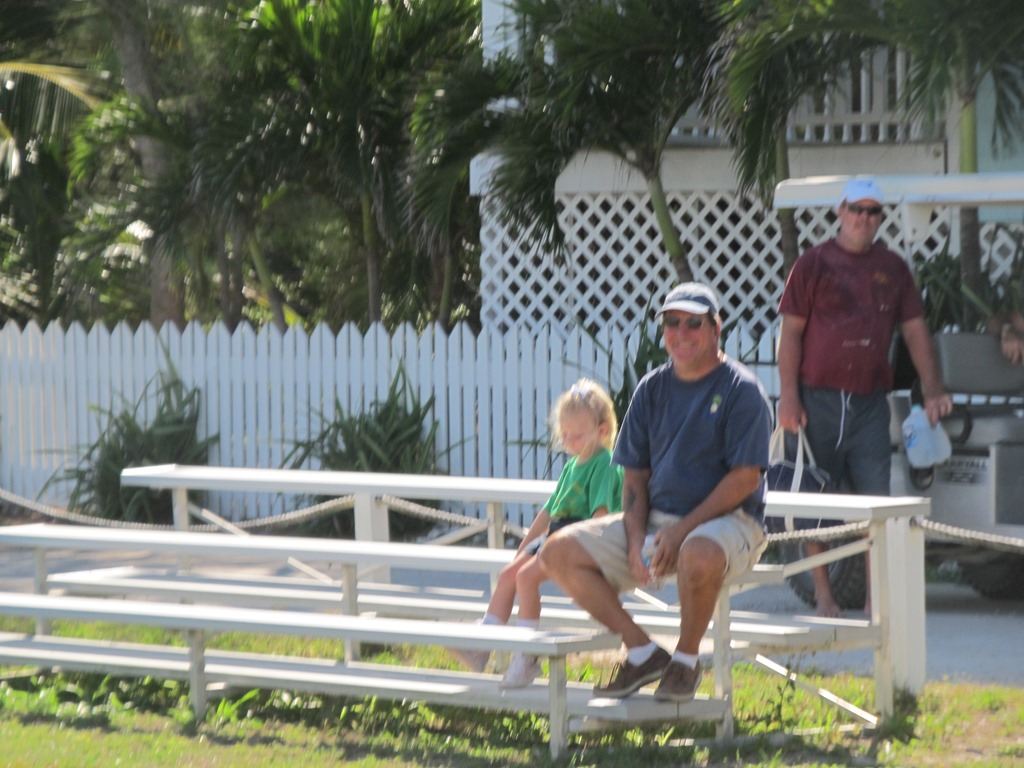 It seems “Field Day”  was a success!

Sadly as quickly as we said hello we also had to say goodbye as Dan & Marcia headed off to make their way back to CT via Florida. 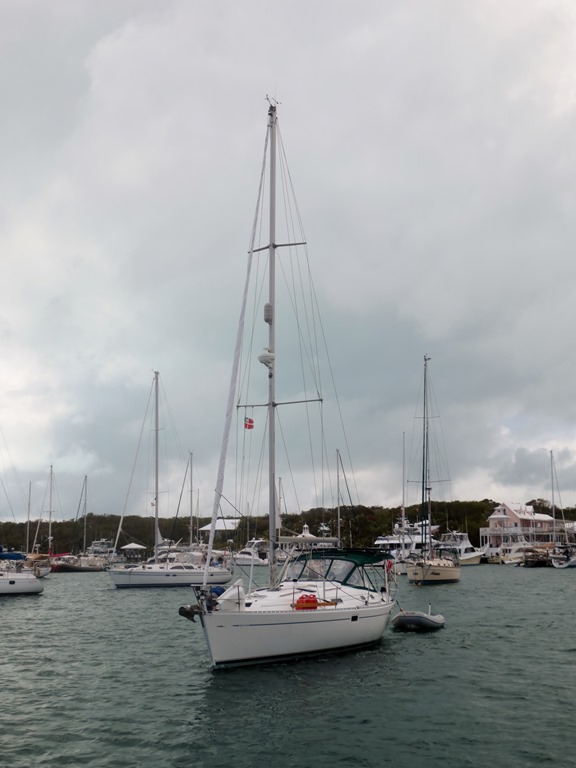 We certainly hope to catch them before we get to the Chesapeake this spring, if not we plan to take Magnolia at least to RI & CT this summer! 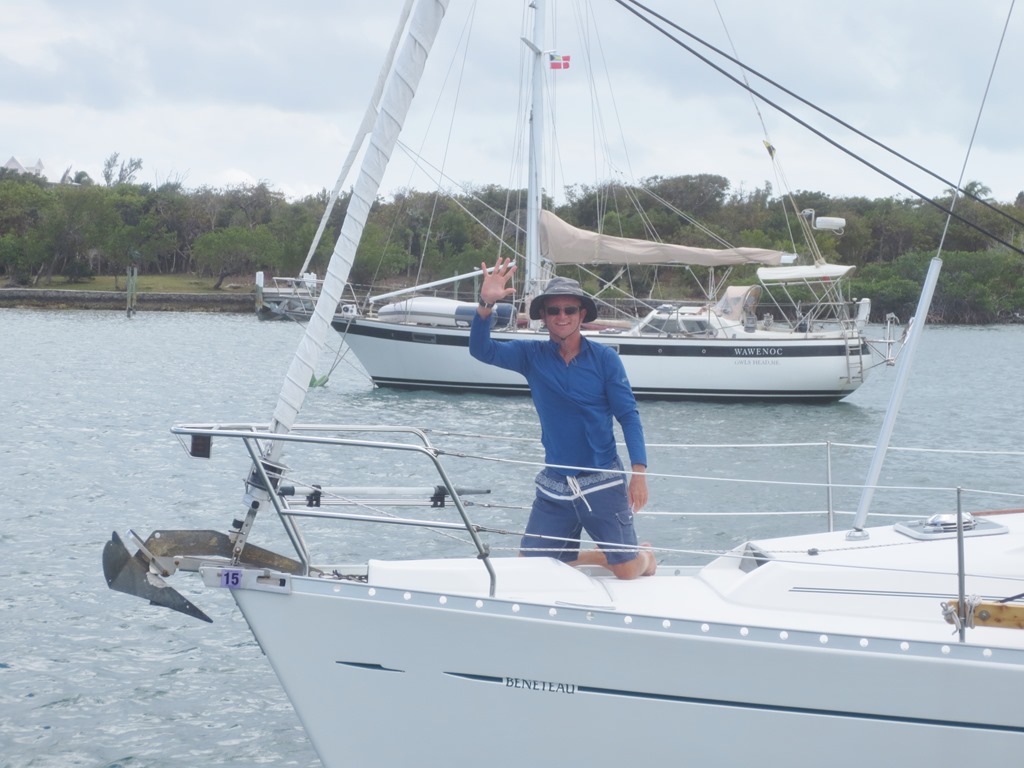