First it appears there was a small loss of track data (“I suspect an ATES buffer over-run” – Geek Humor) so try and bear with us… Magnolia departed Cat Island headed for Eluethera. We decided we would split the 60 mile journey in two and Little San Salvador fit the bill! Carnival Cruise Line folks will know it as Half Moon Cay.

Half Moon Cay is about 2500 acres but truthfully only a small part is used for the cruise ships. Ideally we would arrive on a day when there is no cruise ships…… 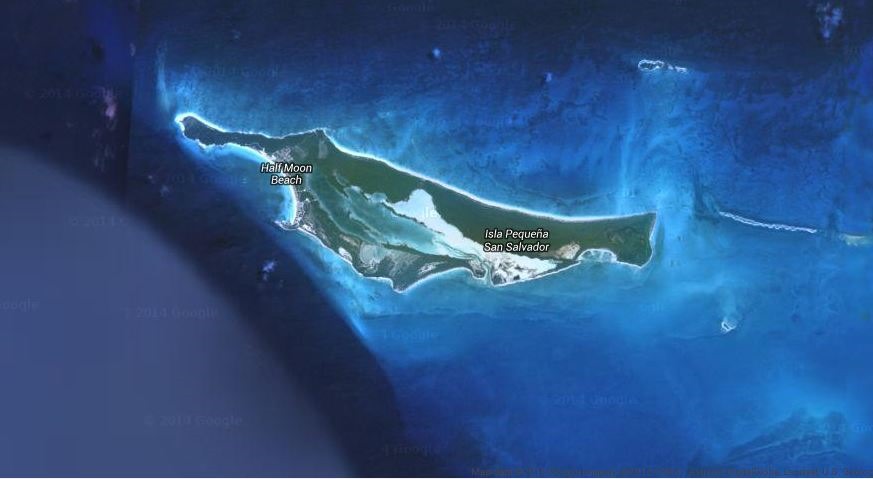 As we came into range our Automatic Identification System (AIS) told us the Carnival Fascination was anchored ahead. Oh well, we just need a place to over night anyway. As we approached of course we wanted to anchor directly on the other side of where the ship was parked! We called the ship and told them our intentions and for once seemed appreciative that we made the call. 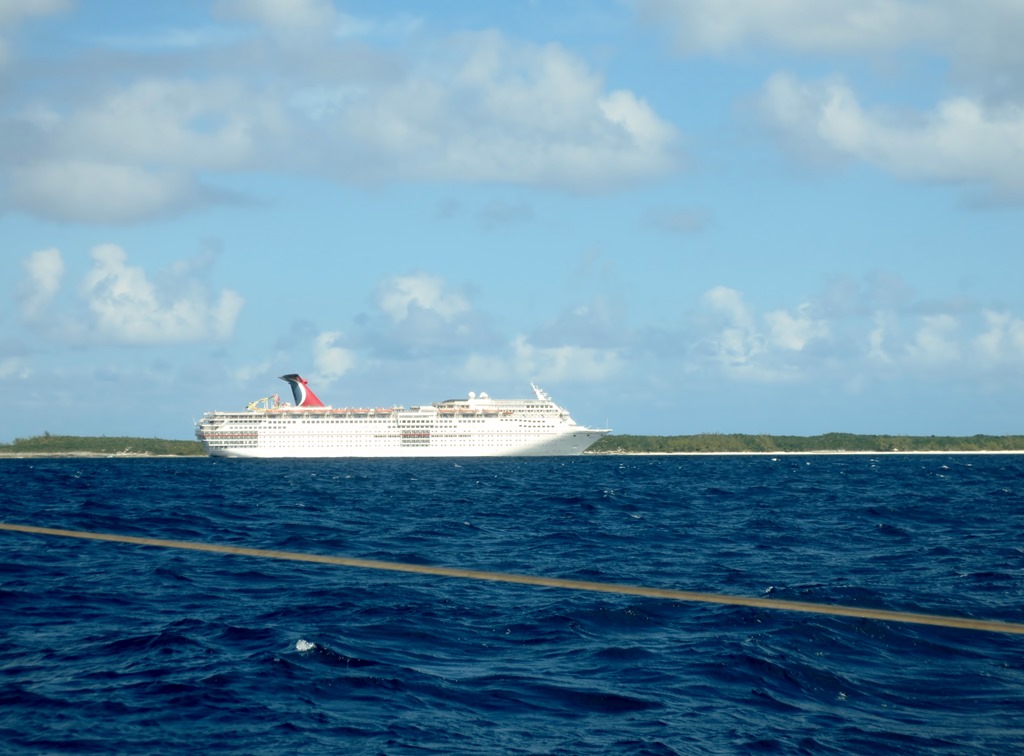 We passed behind the ship and came up her port side right into our desired anchorage.

We relaxed, read and watched all the people ashore. We had not seen so many people in one place for a long time….a little disconcerting. A little horse beach ride would be fun. 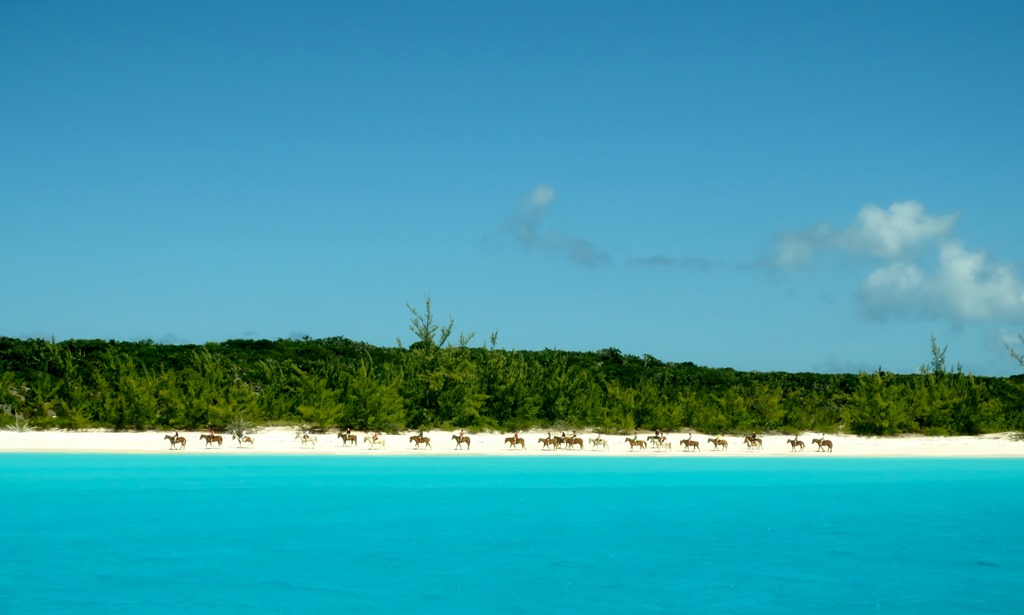 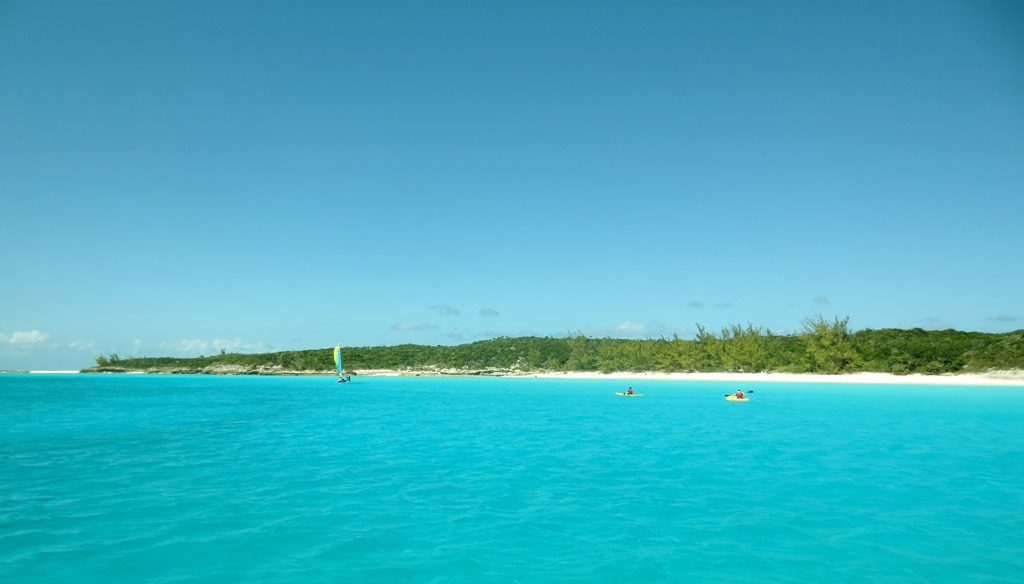 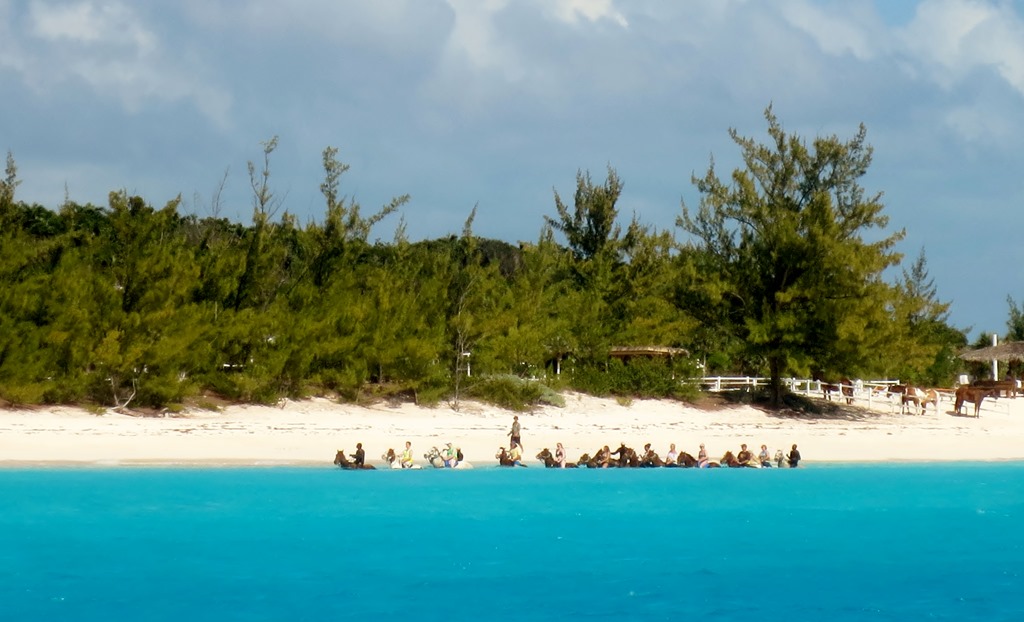 Late in the afternoon with really amazing speed Fascination loaded her passengers and got underway. 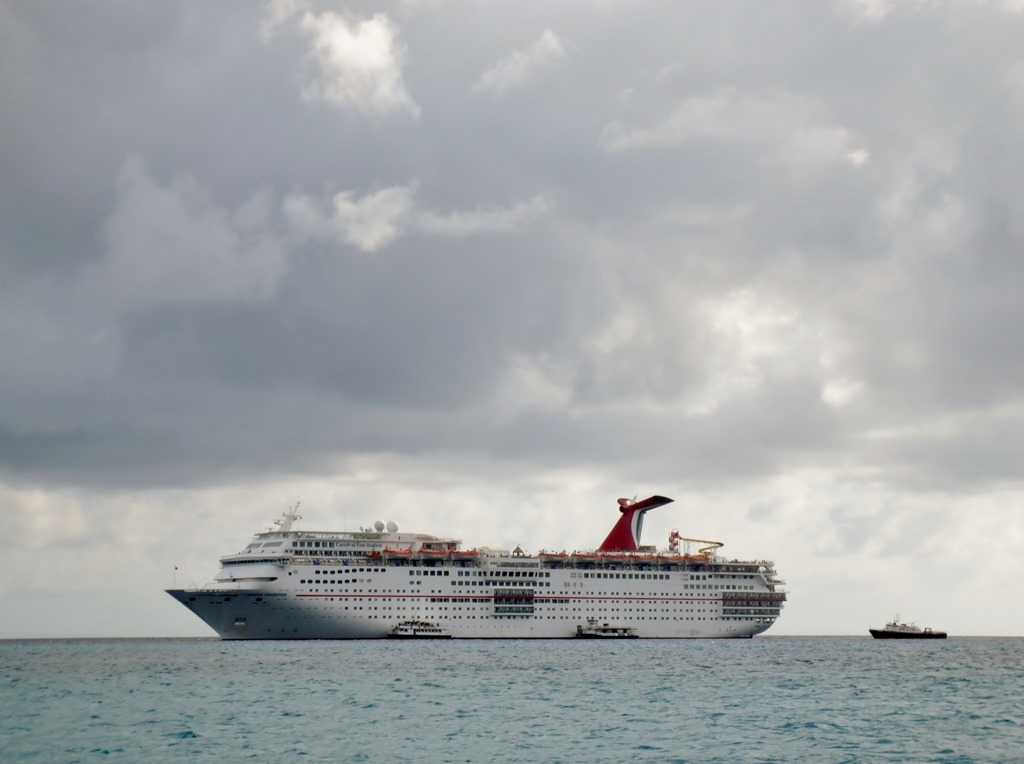 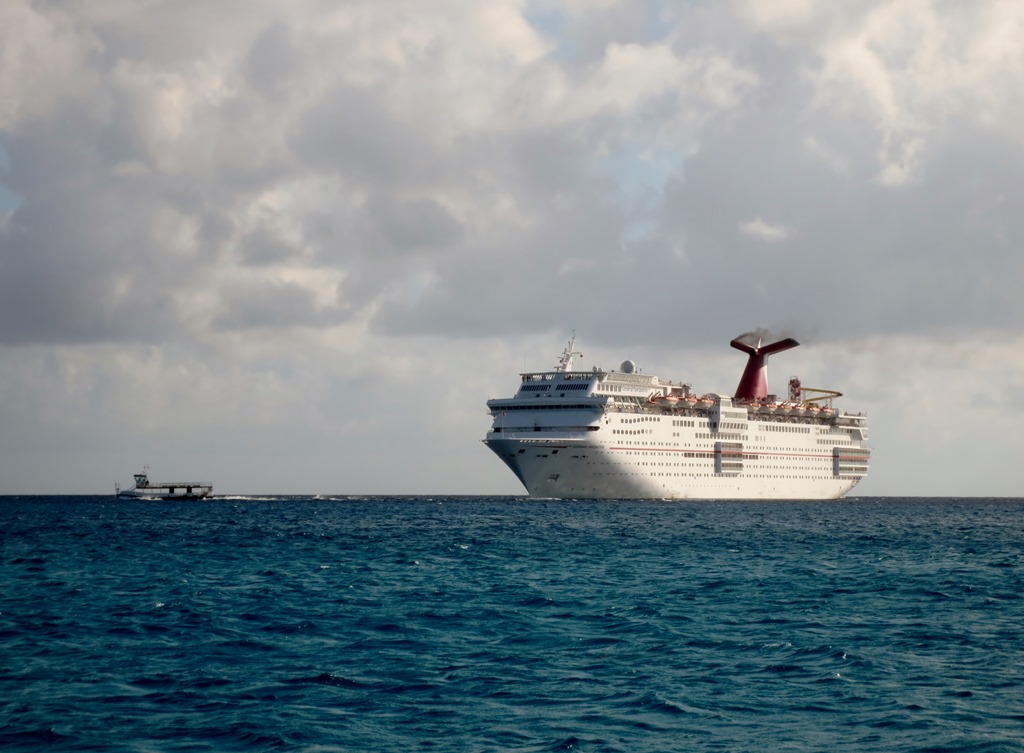 The ship used thrusters to rotate itself right around and I think they enjoyed point there bow right at us!!! 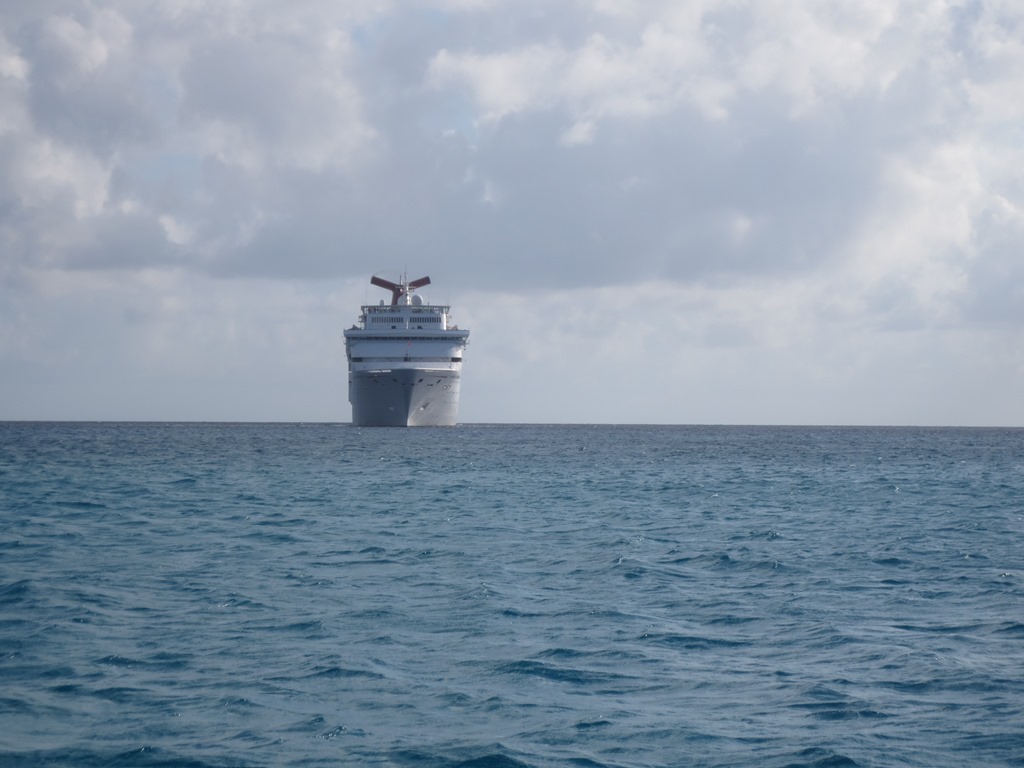 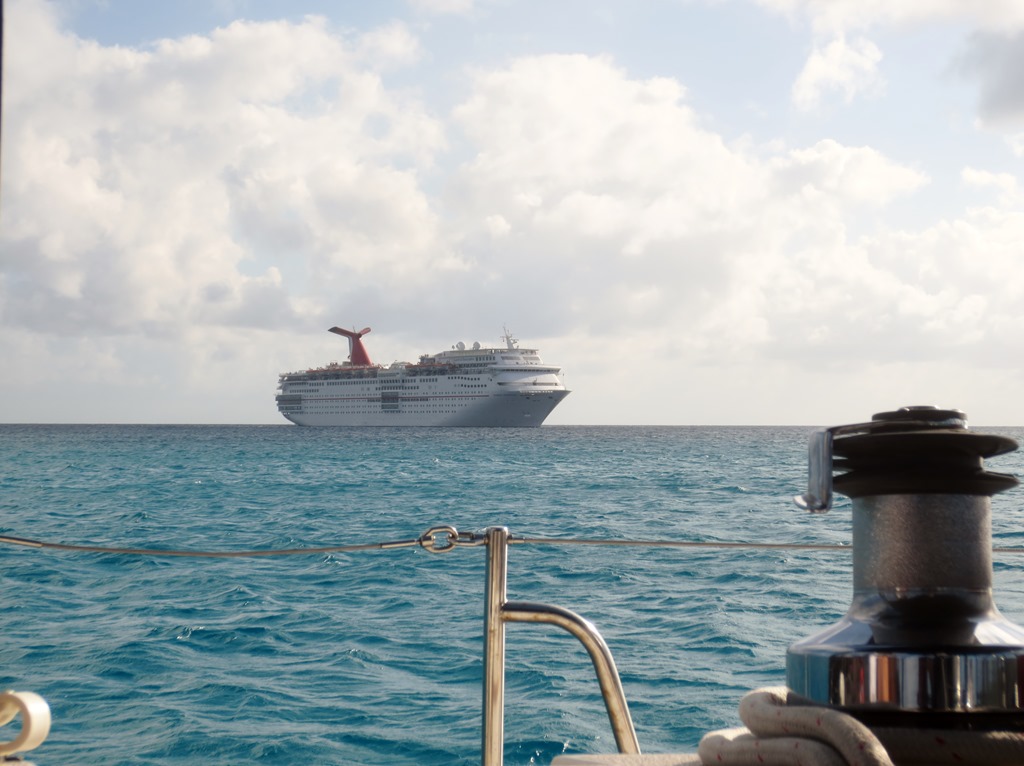 After departing Little San Salvador we rounded the tip of Eluethera and entered Rock Sound. 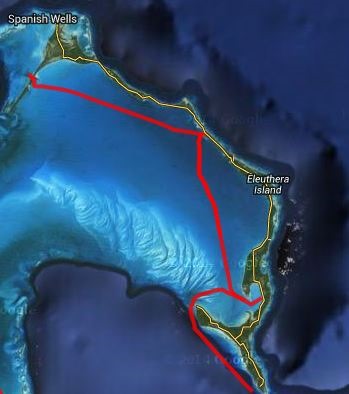 We were finally able meet up with a our sister boat KellyNicole and of course we did not get one picture!! It was a fun couple of nights and we yacked and yacked the evenings away! Annette and I walked (it’s a LONG way) to Rosie’s North Side restaurant and had a lovely dinner with a terrific view. 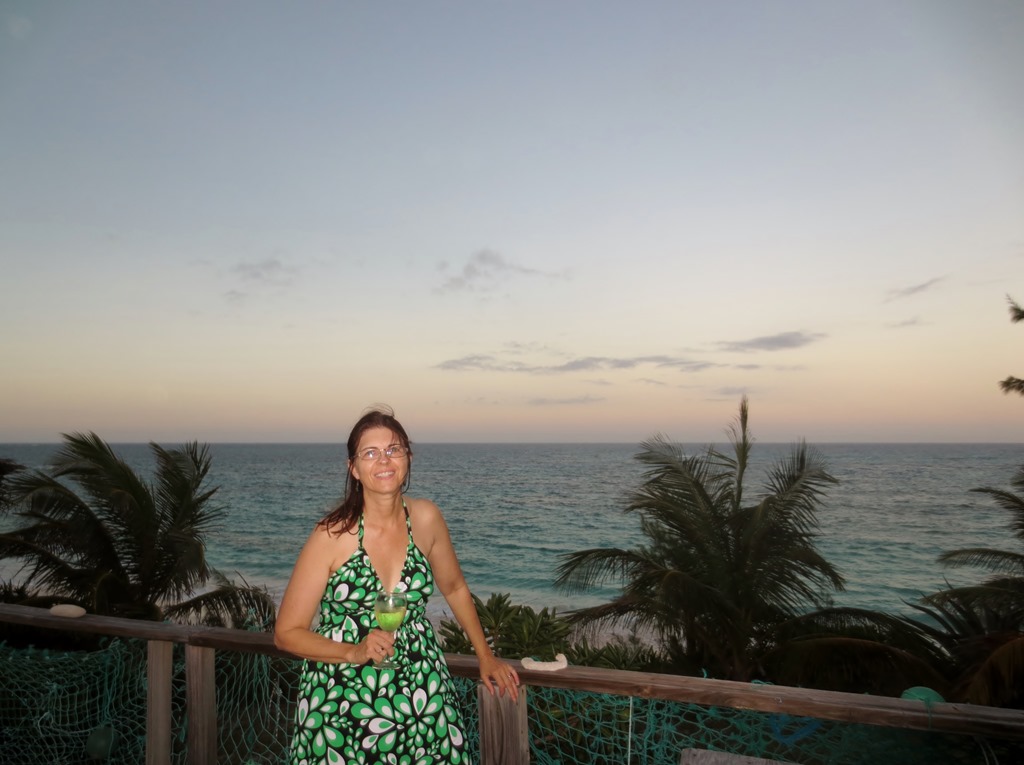 On a sad note…as we approached Rock Sound we noted someone out Kite Boarding. It struck me because of the sheer distance out in the sound the individual was. I know nothing of the sport but based on the speed it appeared he could go a long way in a short time! The next day upon returning to the boat from shore we heard on the radio the gentlemen was attacked by a shark and sadly did not survive his injuries. So sad! Life sometimes a little too real…. The below is actually a moon rise which ended out stay in Rock Sound. 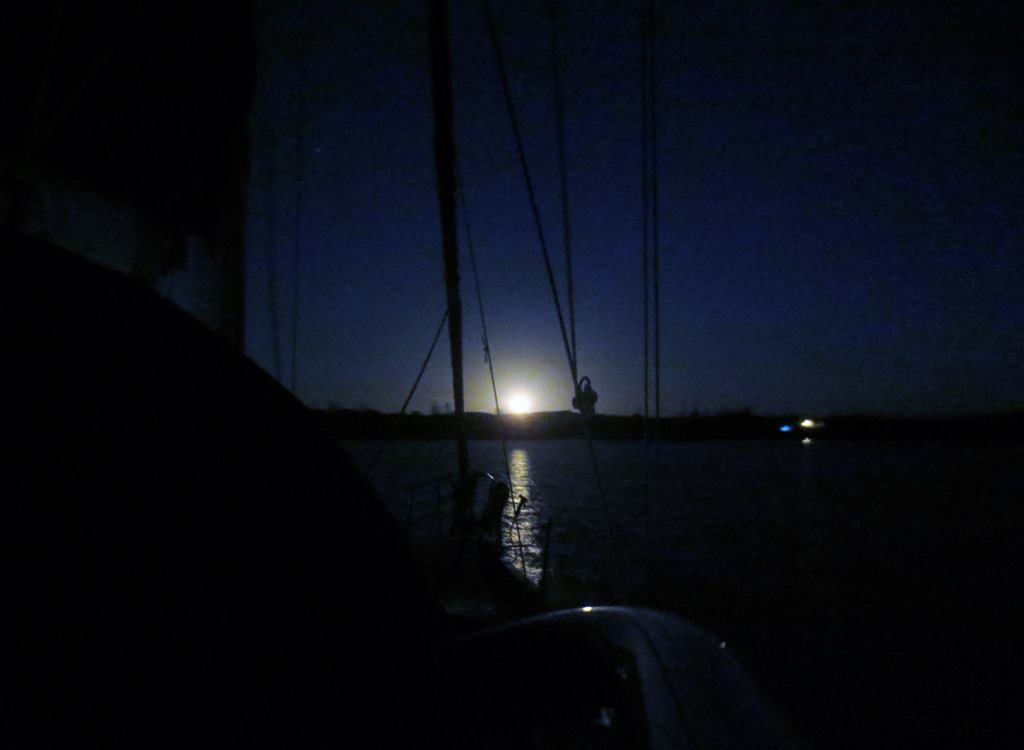 After departing Rock Sound Magnolia made an overnight stop in Alabaster Bay and traversed Current Cut and set the anchor on the western shore. The persistent east winds continues to the anchorage affords us great protection. 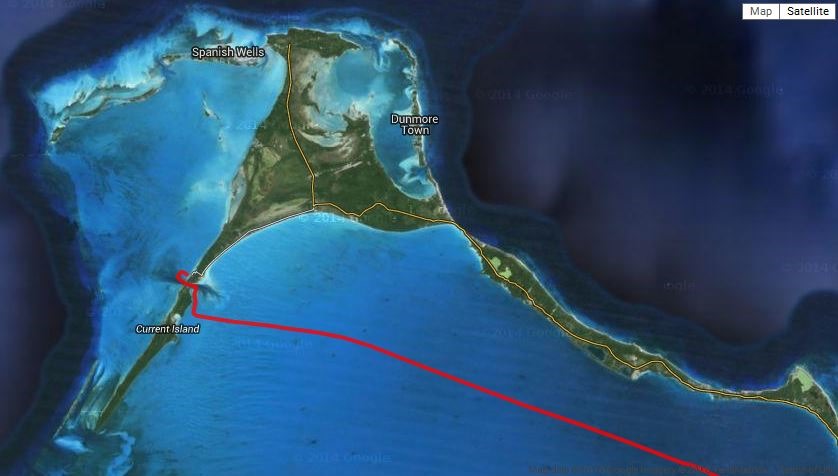 Tomorrow at dawn or earlier we will head out across North East Providence Channel to make sure we make the 60 mile passage in day light and arriving Great Abaco before dusk, Will certainly be a full day, and yes that water really is more than 3 miles deep!

Vessel and Crew are well!