After returning from Ohio we spent a day getting Magnolia resettled, received two pieces of good news from our Connecticut friends and set off. The morning of our departure we were provided with a spectacular sunrise. 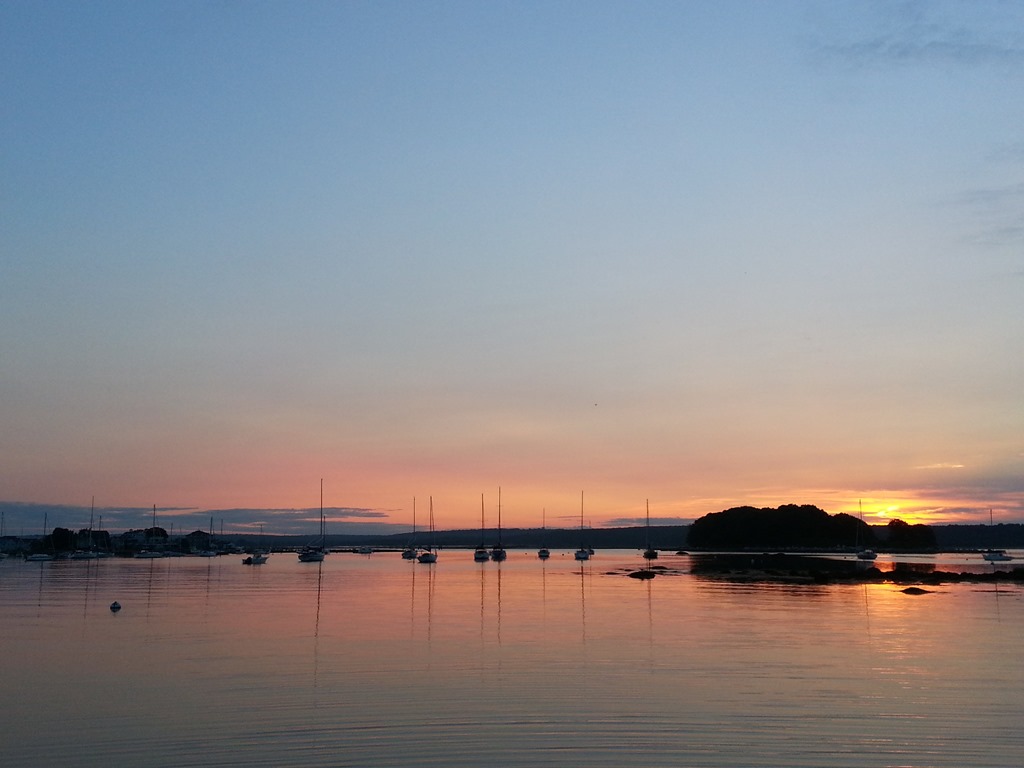 After a wind less motor day we ducked into Aquidneck Island (Third Beach). As it happens my cousin and her partner live on near there but the best we were able to put together was a phone call. On the way south we will make a better plan for meeting up! 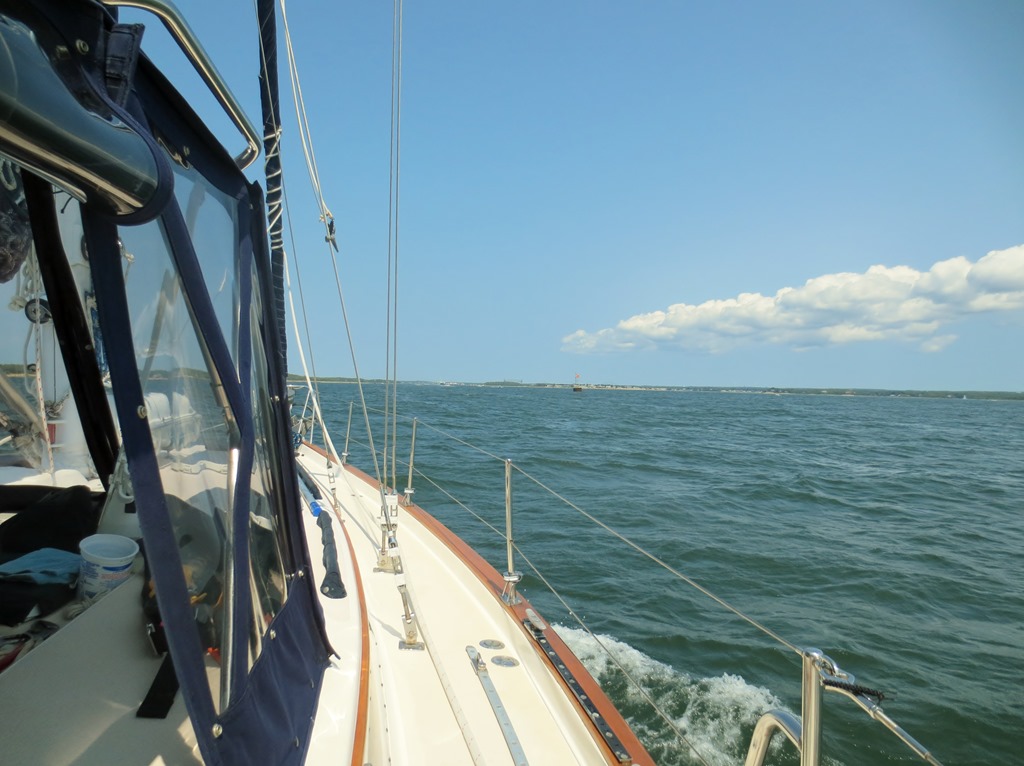 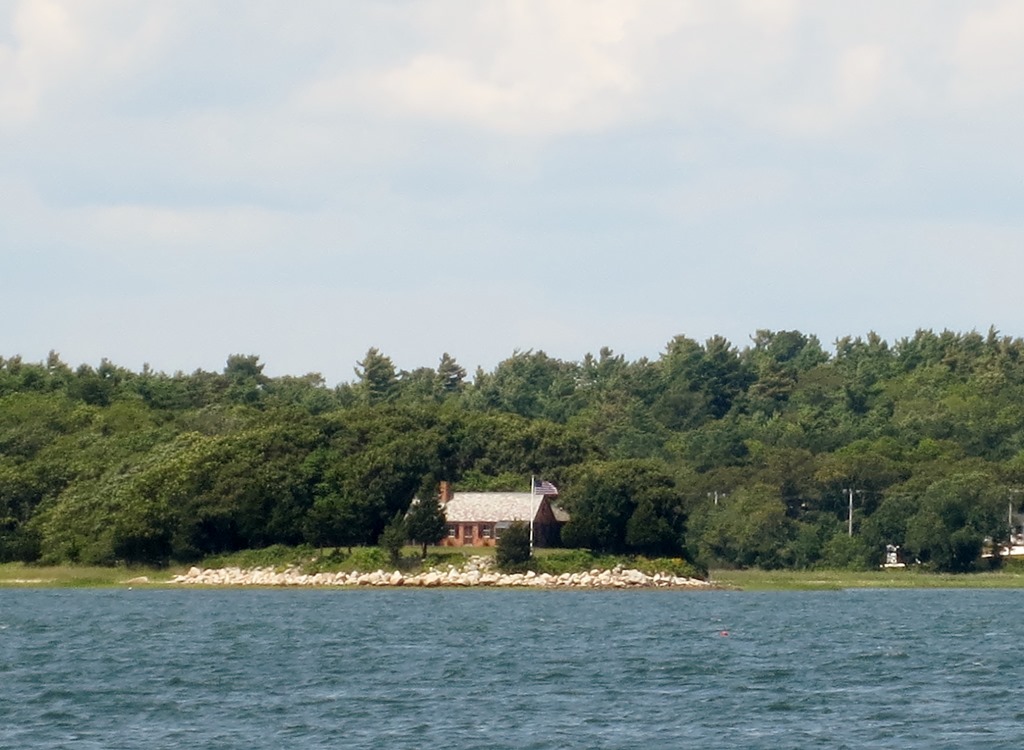 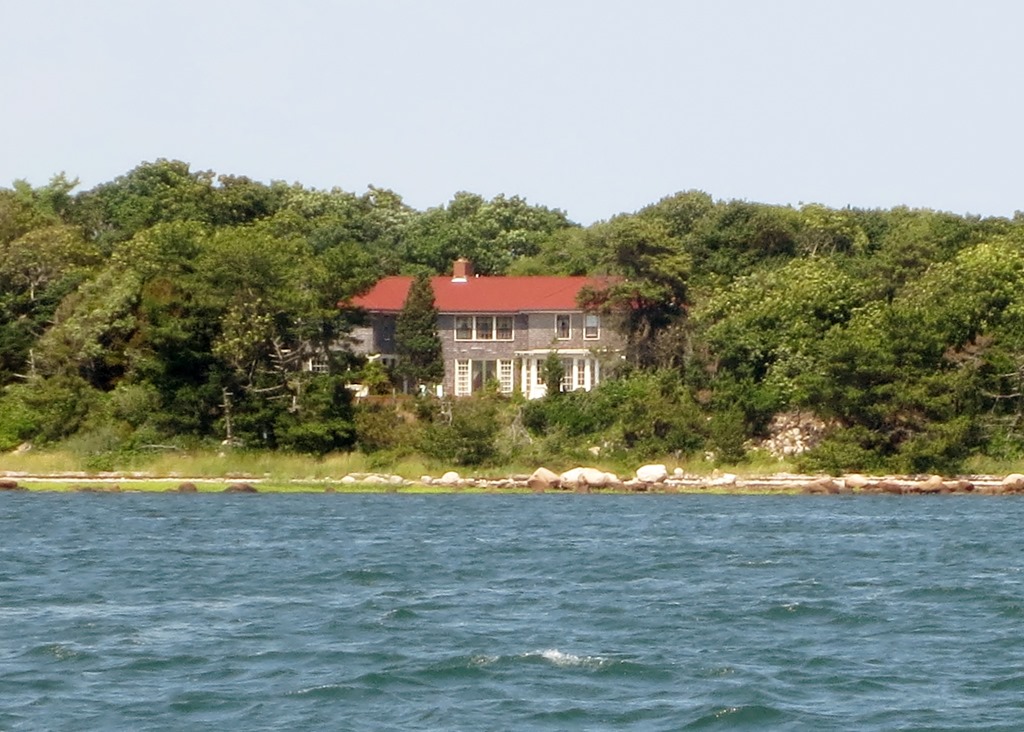 The next night we set anchor in Onset MA which was a lovely anchorage to set ourselves up for passage through the Cape Cod Canal. The canal not that complicated except for timing. You have to catch the right tide because the current runs through it at 4 knts!!

The Massachusetts Maritime Academy is at the western entrance. 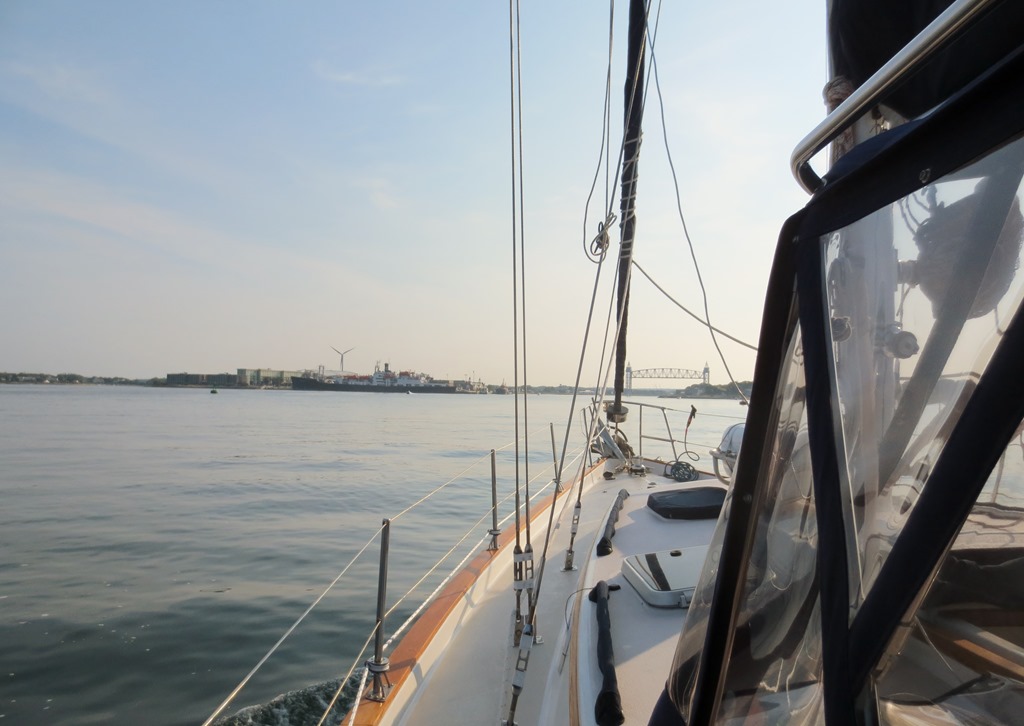 The Academy has its own ship…and not a little one either. 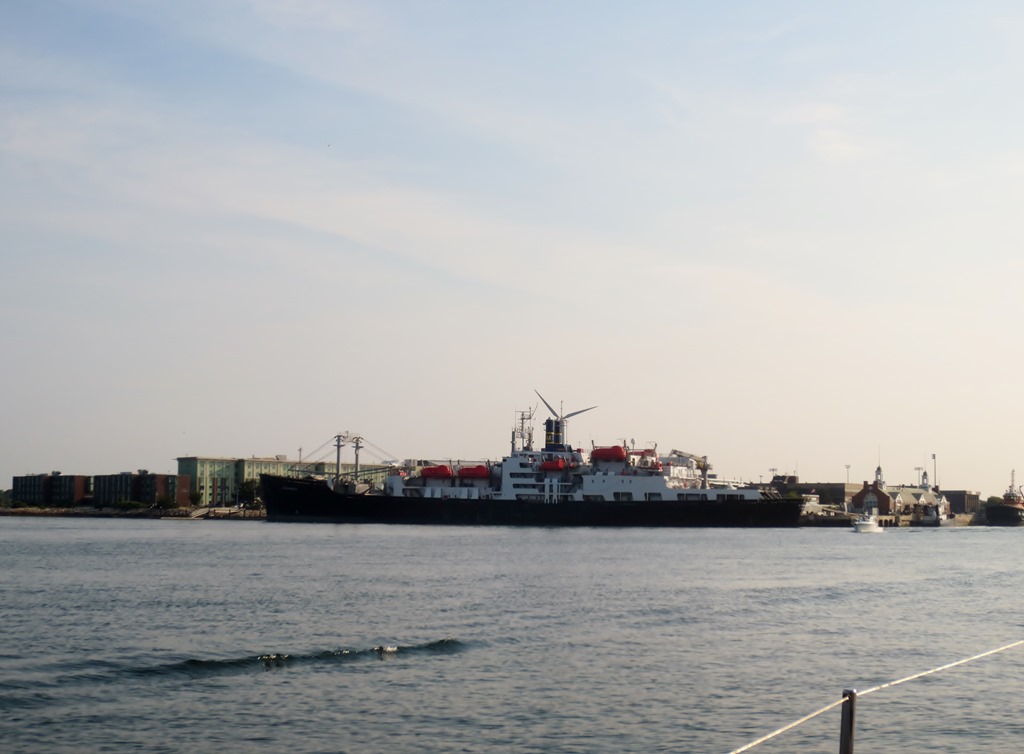 I nearly forgot we were within the hallow halls of Kennedy Country! 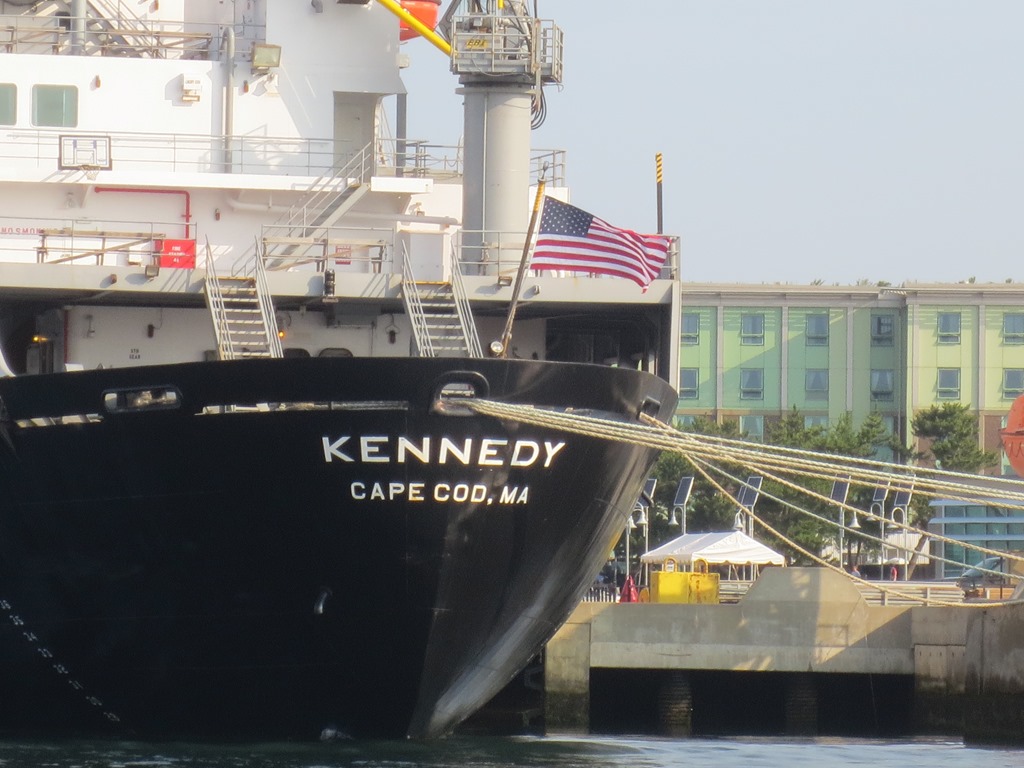 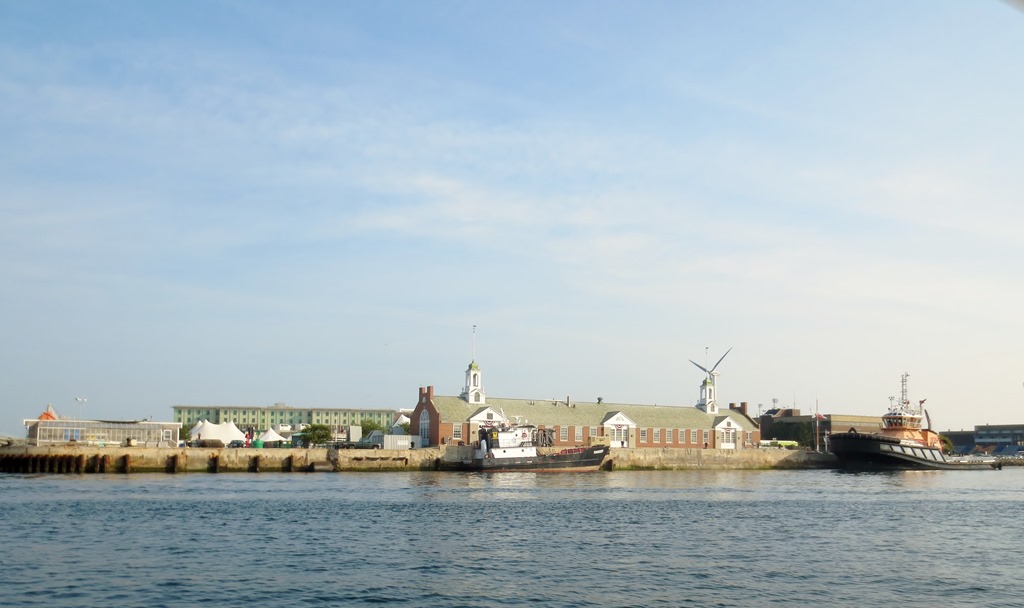 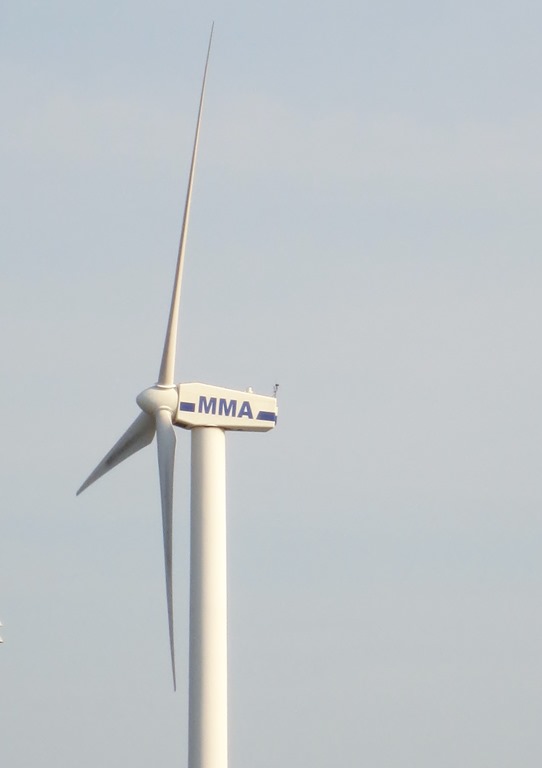 Here is a view from the drivers seat as we approach the first train bridge over the canal. 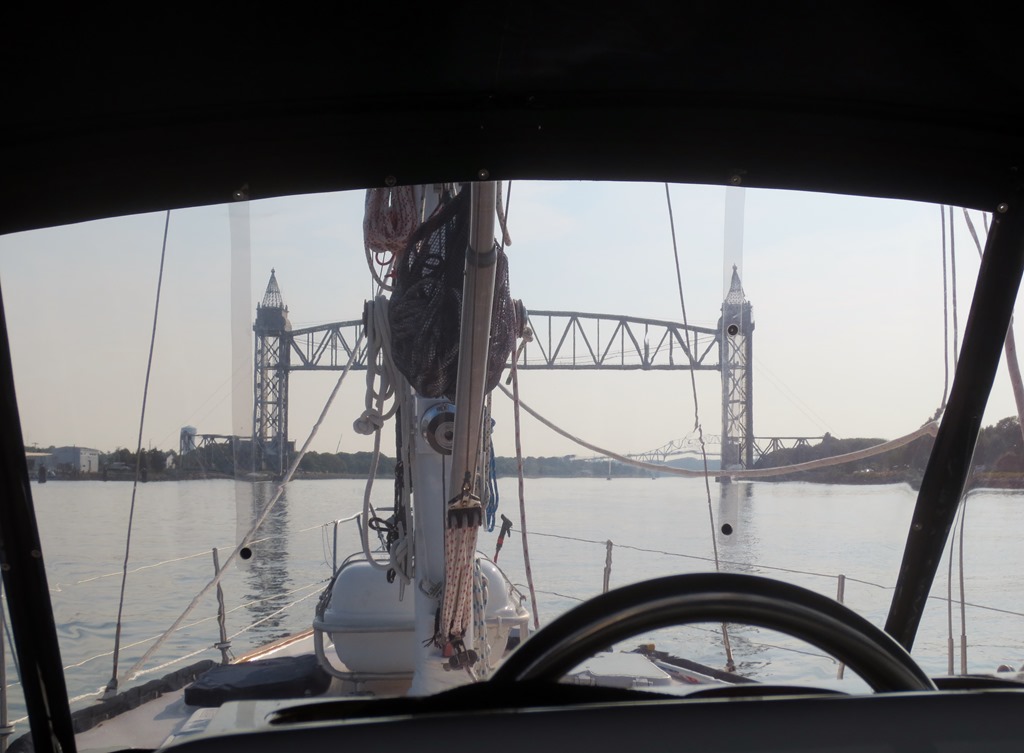 Canal Control HQ – we swear it where the boogie-man lives 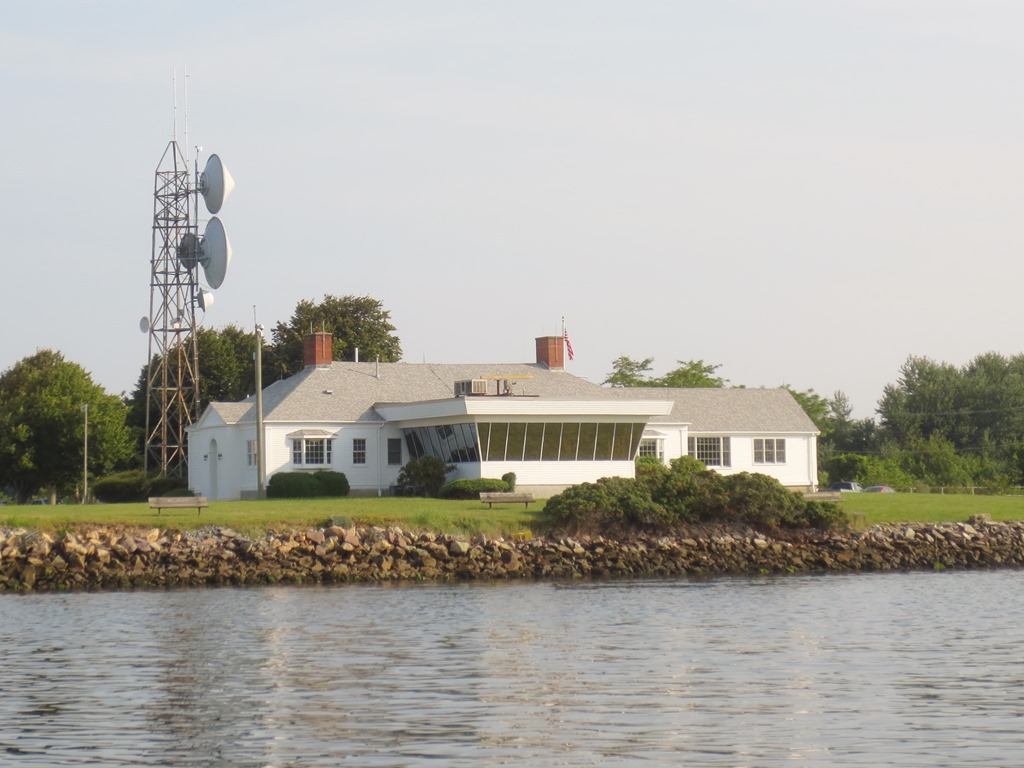 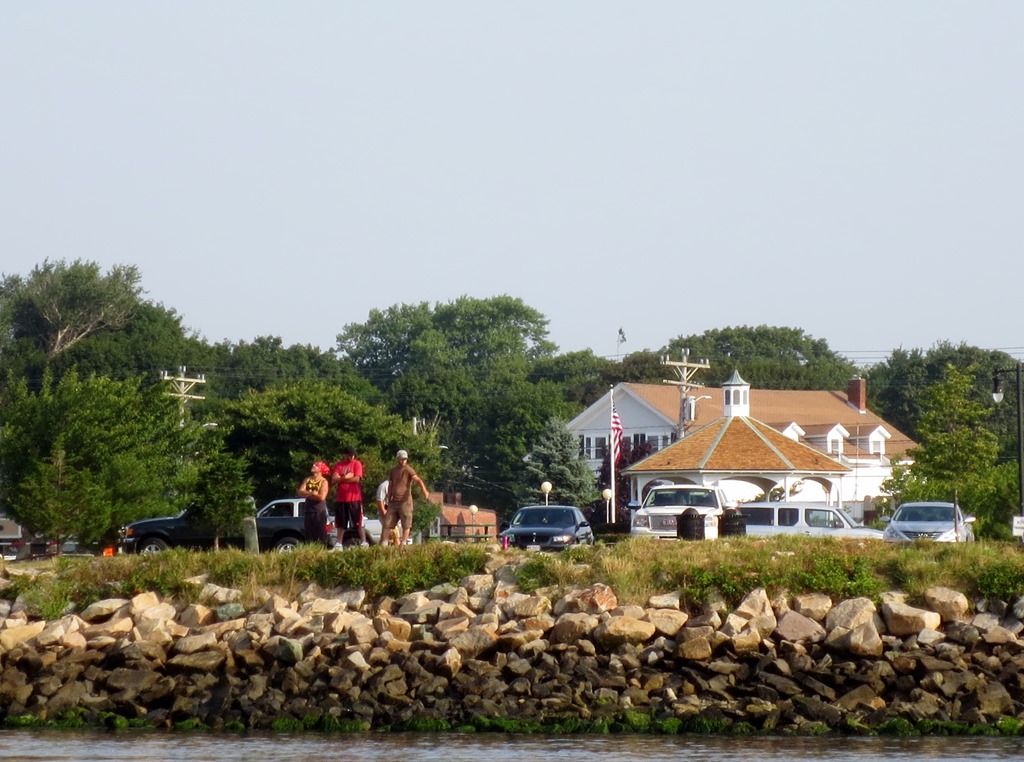 8.7 knts on a sail boat, well its about time for seat belts at that point.

Hmmm….very interesting…….FYI that appears to be a VERY big radar array. 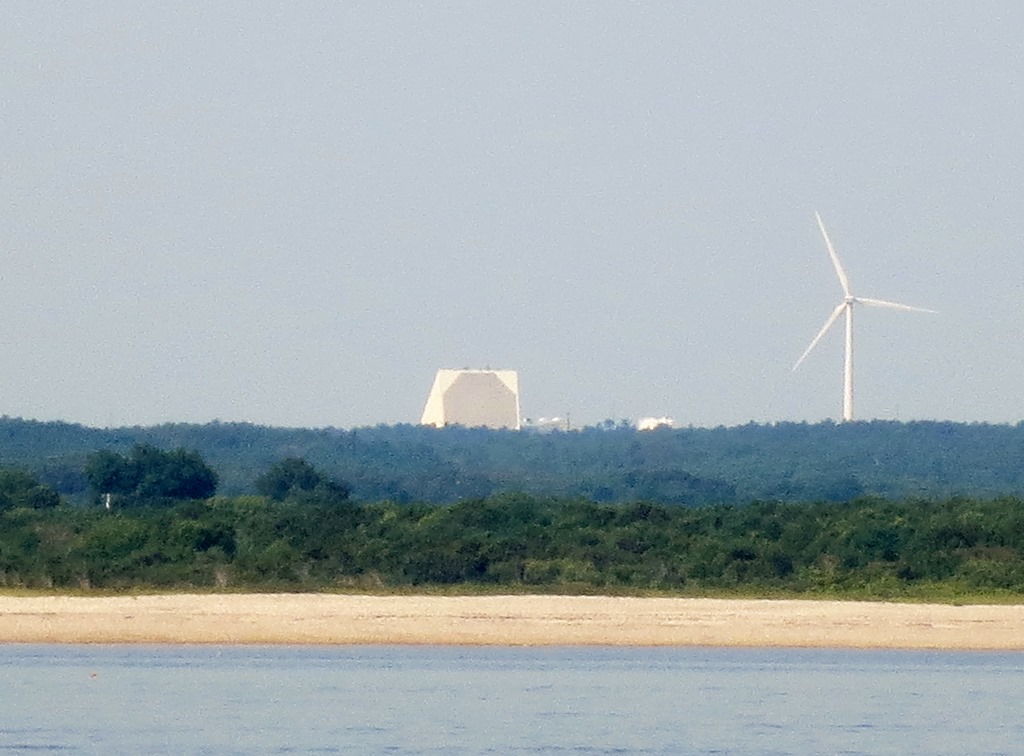 Our friends Frank and Elaine had previously sent a picture of their cottage. After arriving Sandwich, dang if we did not pick it out along a mile or so of cottages. 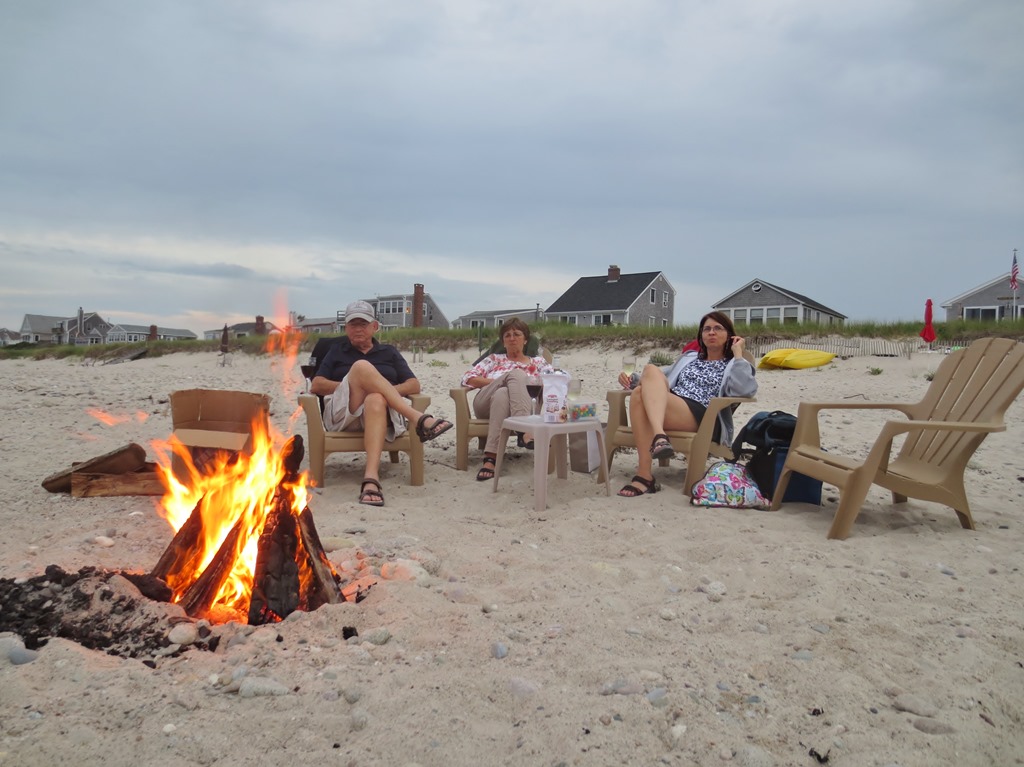 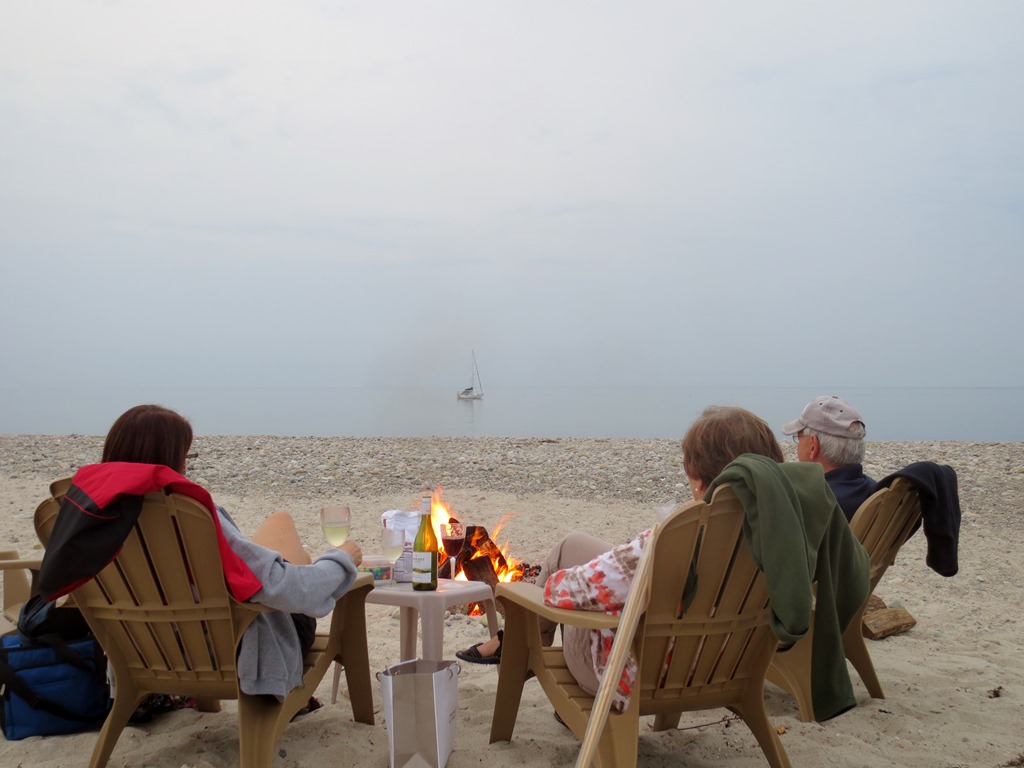 What a lovely evening! Thank you Frank & Elaine for a wonder full respect from the days items.