Magnolia recently completed a hugely successful overnight passage from the St Mary’s River to Port Royal Sound and on to Beaufort, SC. Before arriving at our Beaufort Marina dock, Magnolia took the opportunity just before arriving to top-up our fuel tanks. As we prepared to depart the fuel dock the Admiral turned the key and nothing happened. Now I had seen the behavior several times before but chocked it up to not turning the key far enough because it ALWAYS started the second time. Note: The Admiral starts the engine 90% of the time. This particular instance when the Admiral saw the problem, well that issue just became a real unequivocal issue!

Upon arriving Lady’s Island Marina, Steve the manager put me in touch with Jim Demintis a local diesel mechanic. He was kind enough to come out on Saturday and take a look for any obvious problems. The diagnosis was the solenoid was likely slowly failing. Replacing the solenoid required removal of the starter motor so I made the call to replace the whole starter along with the solenoid. Not knowing the history or age of the current starter I figured we would replace both and send the old starter in for overhaul and keep as a spare.

The plan all sounds good except for one small exception, where do we get a replacement starter in Beaufort SC. Its not that large of town and though Jim was willing to order the timeline did not sound appealing. No big deal, we have all Sunday figure it out. As it turns out our friends on EleanorQ had a starter replacement last fall in Charleston, SC. Checking in with Frank & MMs sent us to a company named Masco in North Charleston.   A little Google research uncovered a Hertz rental car  2.2 miles from our current Marina on Lady’s Island. 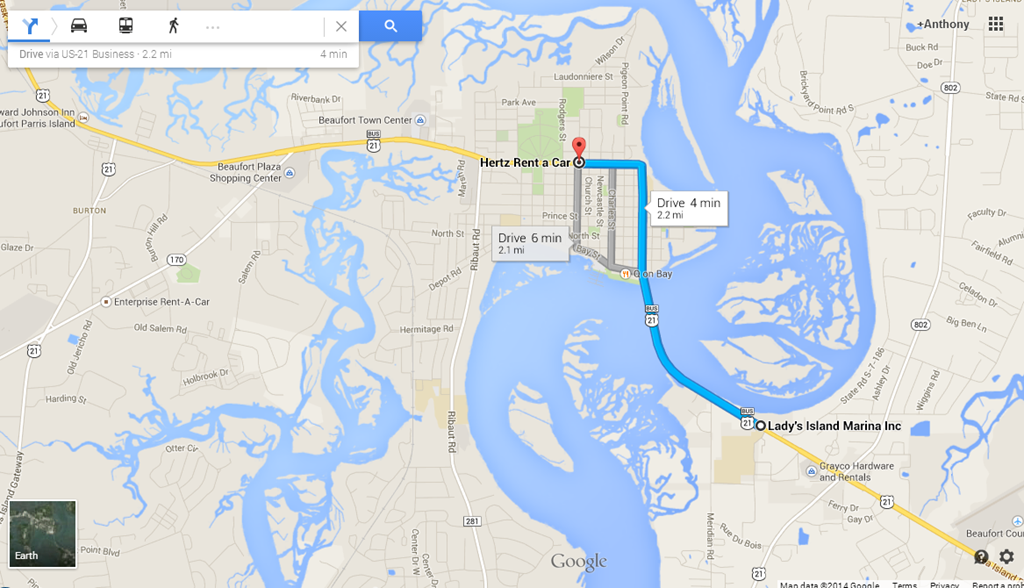 Monday morning I arose and was off the boat at 0700 walking to Hertz. Along the way I called Masco to ensure they had the starter we required and then let the mechanic Jim Dementis know that I planned to drive the 73 miles to Charleston and get the part we required. While en-route I compiled a West Marine shopping list as well. After getting the starter from Masco and stopping at to separate West Marine stores I drove another 73 miles back to Beaufort. Upon arrival back at Magnolia I contacted Jim the mechanic who assured me he would get the starter installed by the end of the day. With some time to kill, the Admiral and piled back into the Mini-Van and made a brief provision run to the local grocery store. As promised Jim arrived and installed the starter and after paying the bill of $112 plus “something for the collection plate” Magnolia was restored and ready to go!

Tuesday morning I got up took the rental car back and on my 2.2 mile walk stopped in for a haircut before returning to Magnolia.

We have been EXTREMELY happy with the reliability Magnolia demonstrated this winter and we attribute this to a lot of preparatory work and maintenance we did over the last couple of winters. This small issue was resolved relatively quickly and with modest difficulty. As I have said before, everything takes longer and is harder but if it was easy I might have missed out on some great Beaufort Barbershop gossip!