Magnolia along with our friends Dan and Marcia on Cutting Class departed Cumberland Island, GA yesterday on a sunny wind-less morning. Cutting Class was making their way to Charleston, SC while Magnolia would be making a stop in Beaufort SC.

We departed in wind-less conditions but by late morning the winds had settled into a nice 12-15 on the beam which are simple ideal conditions in the calm seas. Thank you so much Mr. Wind! As sunset approached and the winds clocking to the south we rolled the jib sailing on main alone at ghosting along at 4.5 knots. At the slower speed we would reach the Port Royal MOA mark about 03:00 in the morning.  The slower speeds and calm conditions. In addition the calm quiet conditions over night gave a us a special treat. We were able to clearly hear the call of the Right Whales all night long. The Georgia Coast is is their primary calving grounds. We did not see any, but we sure could hear their symphony all night long. Thanks Mr. Whale!

Annette was lucky enough to catch the watch as we passed the Savannah River entrance, one of the busiest shipping ports on the east coast. The ships truly line up to go in there. As you can see from the track (we are the little blue ship) Annette did a great job of avoiding traffic. 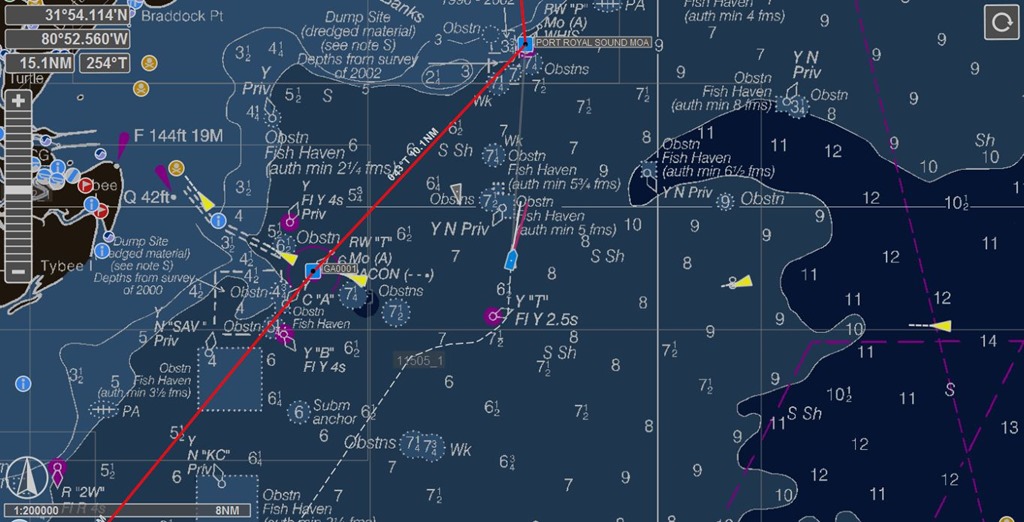 I on the other hand was lucky enough to catch the watch as w entered Port Royal Sound at 03:00. Keep in mind we had never done this before but with perfect condition it was the perfect time to push ourselves a little. 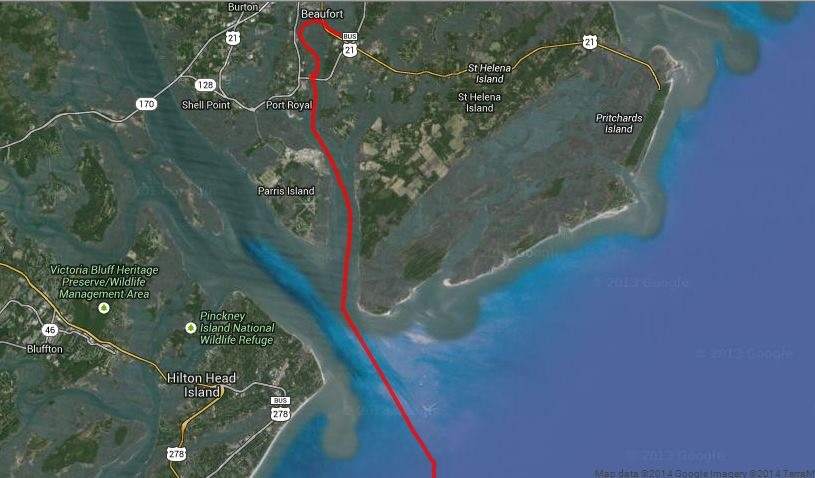 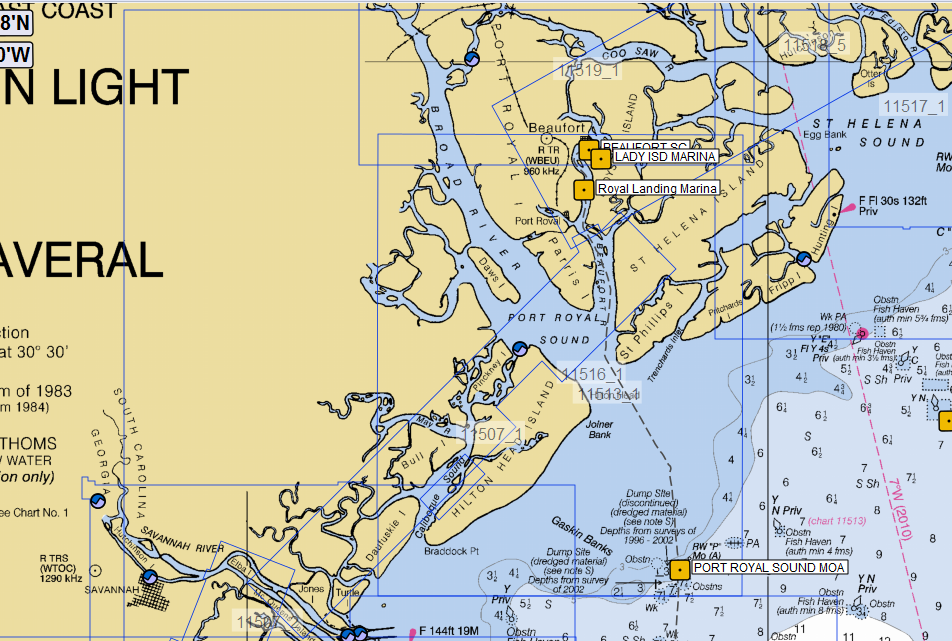 After approaching the MOA marker the next challenge is to sort through what you are looking at and get lined up on the entrance canal. We have learned that everything looks different from the boat and transcribing what we see from the charts overhead to what we see at eye level takes some time and patience. The scene generally “reveals” itself if you are just patient. In tonight’s case I could not get the lights to line up as I expected. As it turned out the light on G”5” at the entrance was not illuminated. Thankfully the moon had not set and I was finally able to see the mark and the scene quickly showed itself. 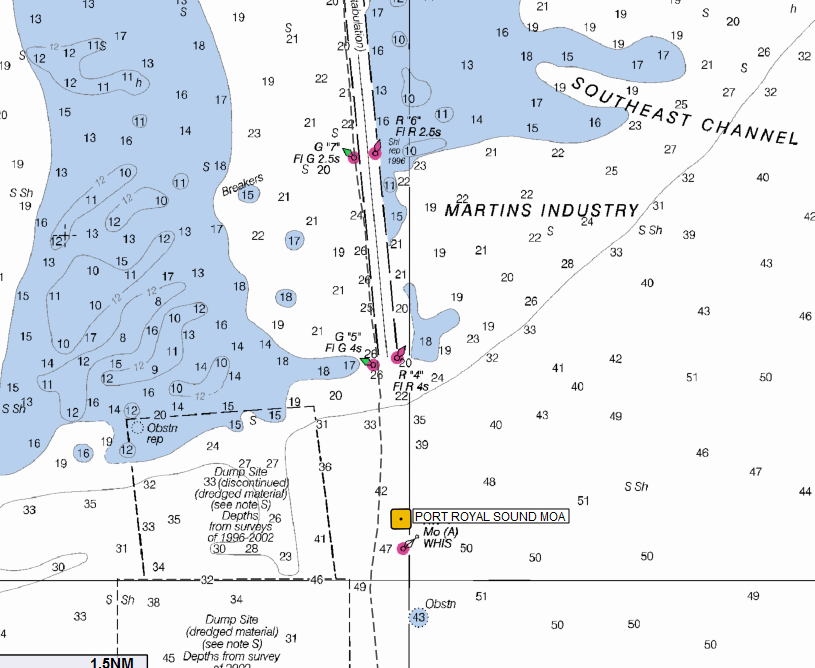 After getting that first set of lights sorted out passing through the sound was pretty straightforward. The plan was to stop at Port Landing Marina to top up fuel so I timed our arrival there for dawn. It was pleasant 7 mile motor up the river to that point. Annette got up and we docked the boat had breakfast and coffee while we waited for the marina to open. 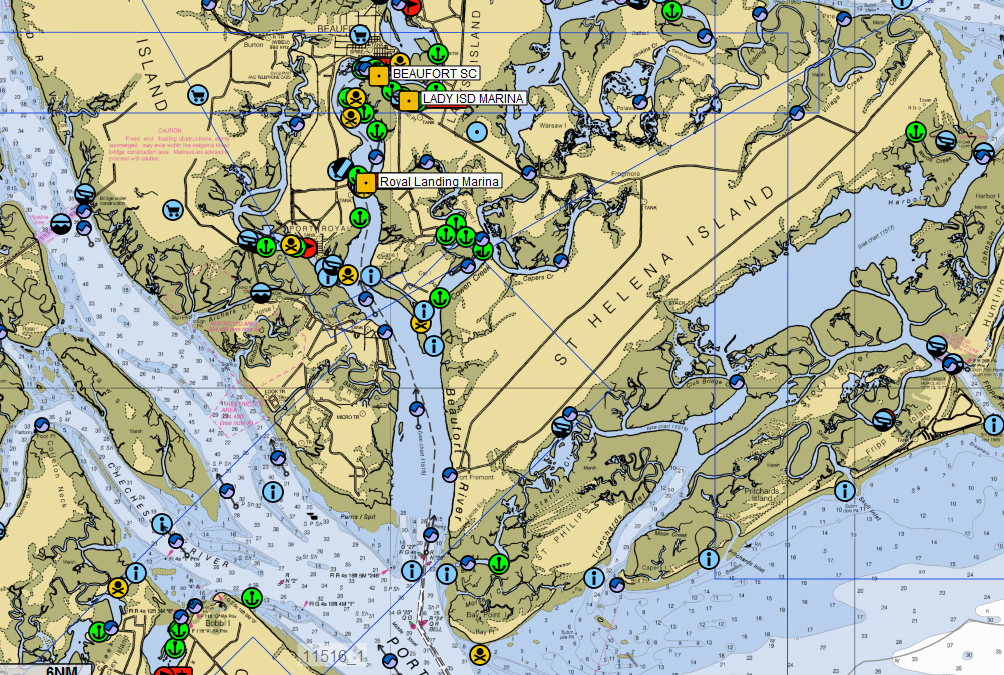 Once we took on fuel we had one more small challenge and that was waiting for the 09:00 bridge opening at Beaufort. They don’t open the bridge during rush hour (I know kills me too)  but once through we were in the marina and settled within the hour. 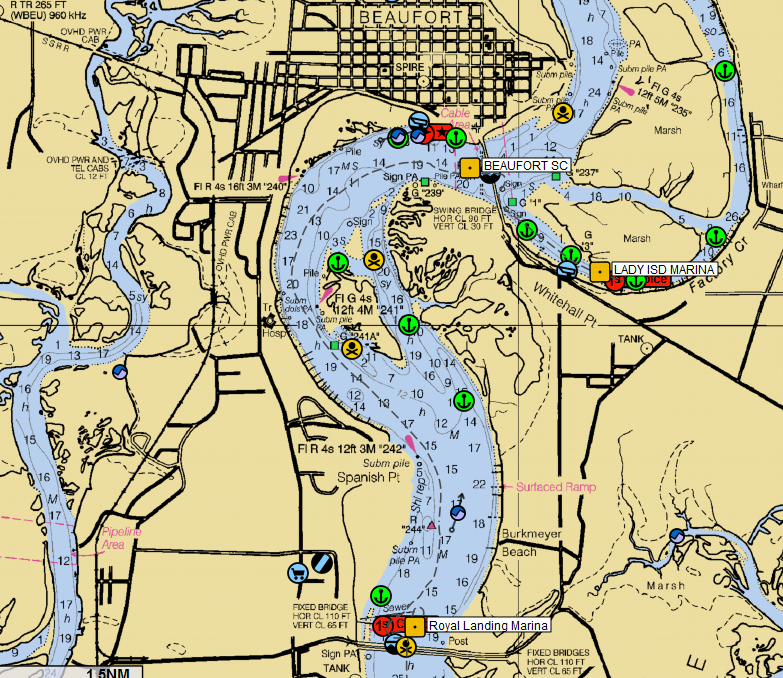 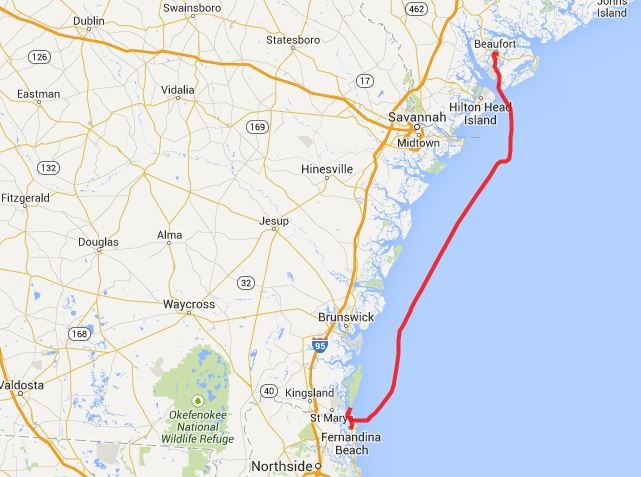 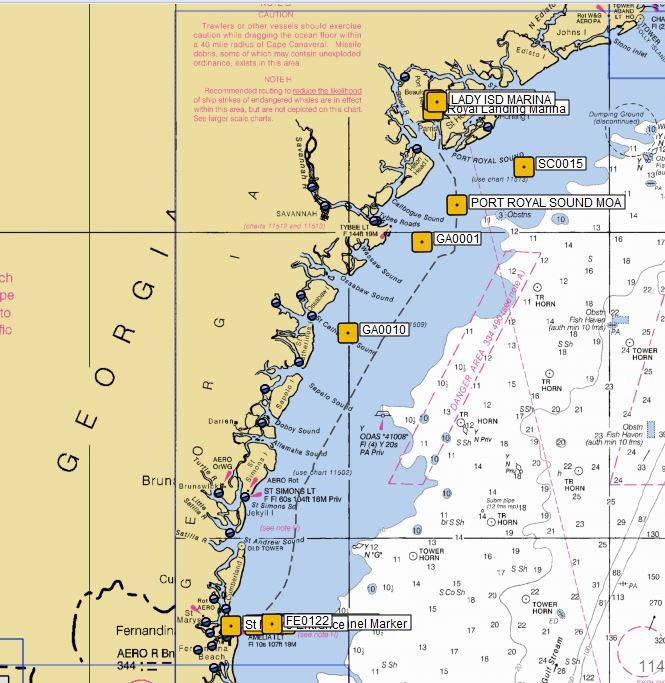 After a couple hour knap it was time to start exploring! We will be here for a couple of days and then make our way to Charleston for a visit with our friends Mims and Vickie. Exciting times aboard Magnolia…and yes we are thankful each and every day!