Before departing though we had Hartges pull Magnolia out of the water to have a thorough bottom cleaning, replaced the zinks and lubricated the propeller. 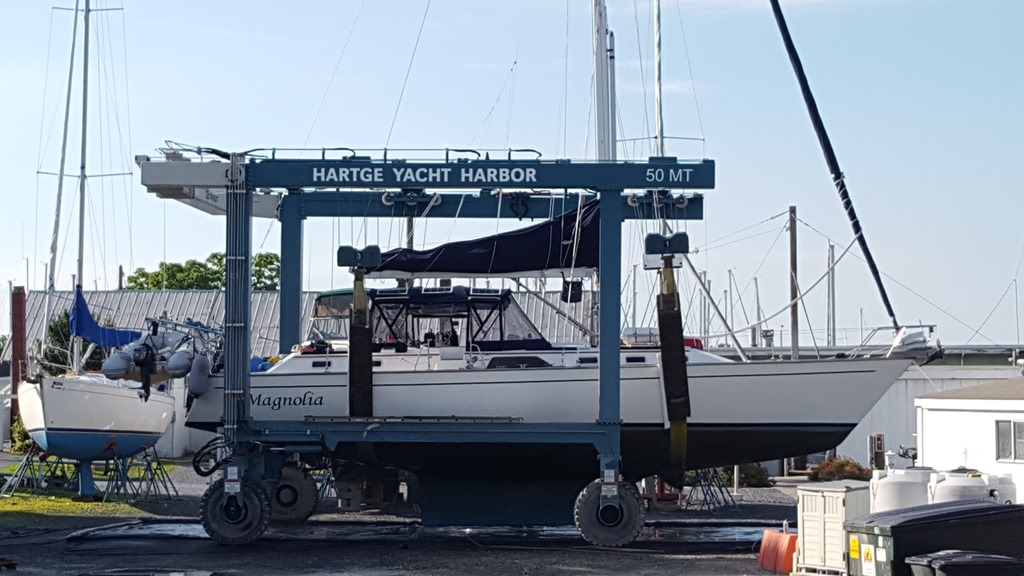 There is noting more important to the Admiral than swimming off Magnolia. First stop was Broad Creek up the Magothy River. Annette had the whole afternoon to swim and I slipped in much needed nap!

Friday Magnolia headed on up the Patapasco River towards Baltimore. Our first stop Tidewater Yacht Service…no Magnolia did not need work done. No Tidewater was the closest marina to the Maryland Cruise Ship Terminal.  See my cousin Suzie was returning from a cruise to Maine & Canada and since she came all the way from Ohio…so we just had to go and meet her return. 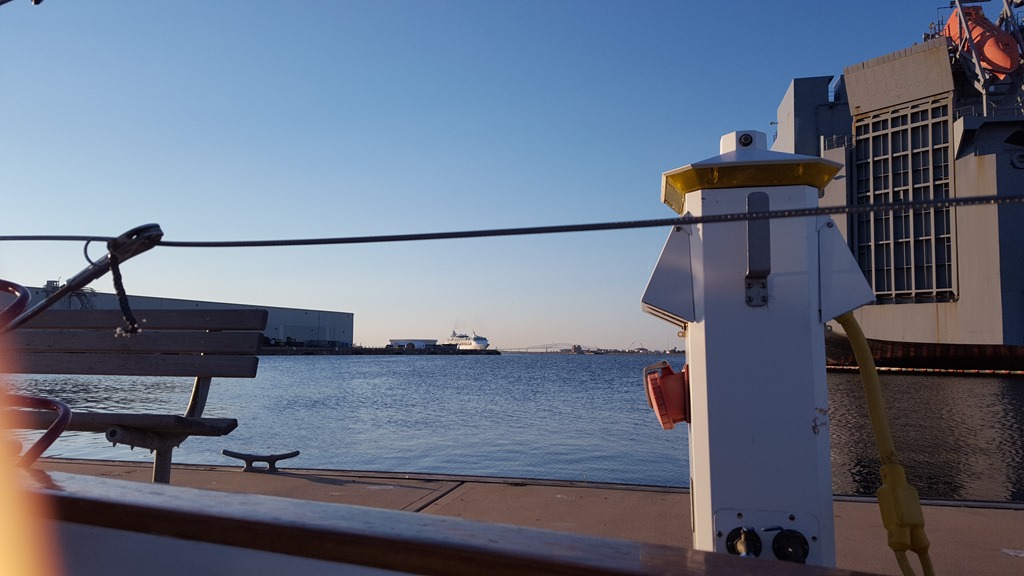 In addition Dan and Lori made the trip up for the brief visit as well. 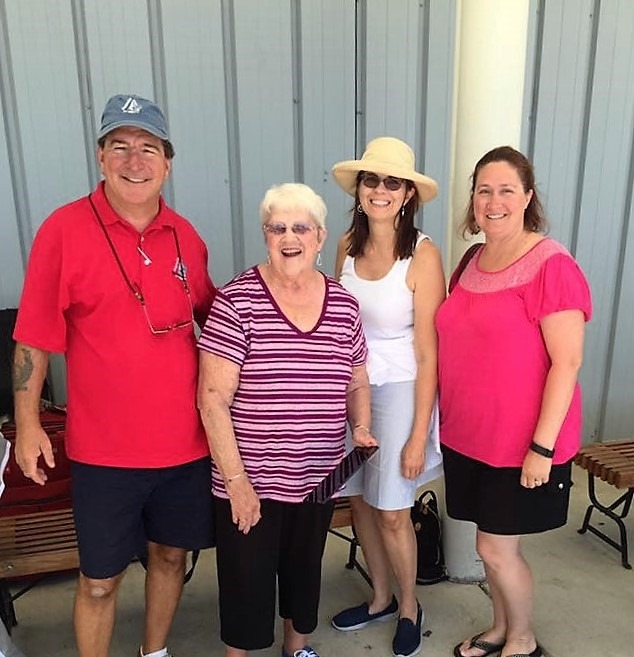 It was a really fun impromptu visit! 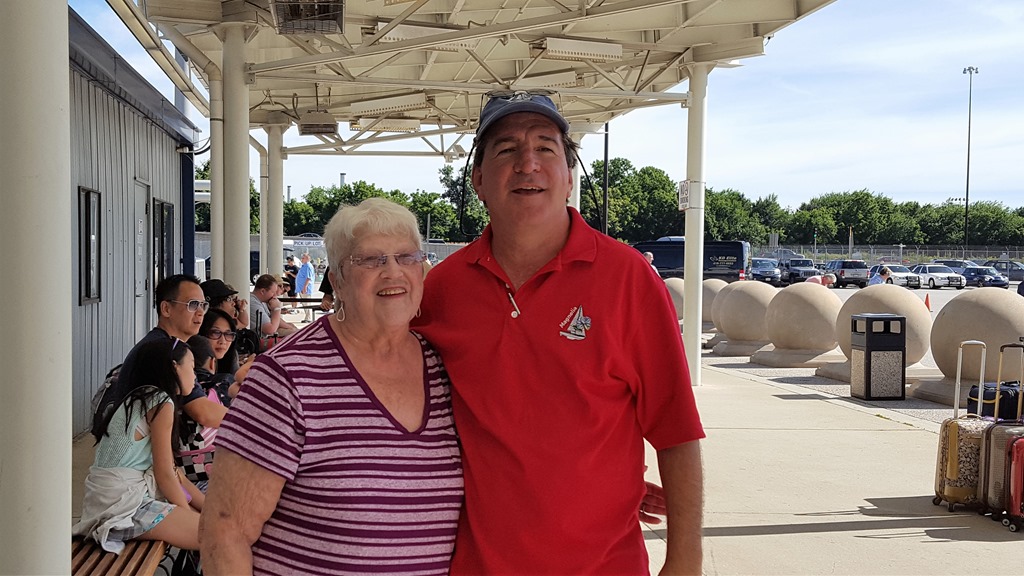 After Suzie headed back for Ohio we decide that a visit to Fort McHenry. Yes, the Star Spangled Banner place!!! 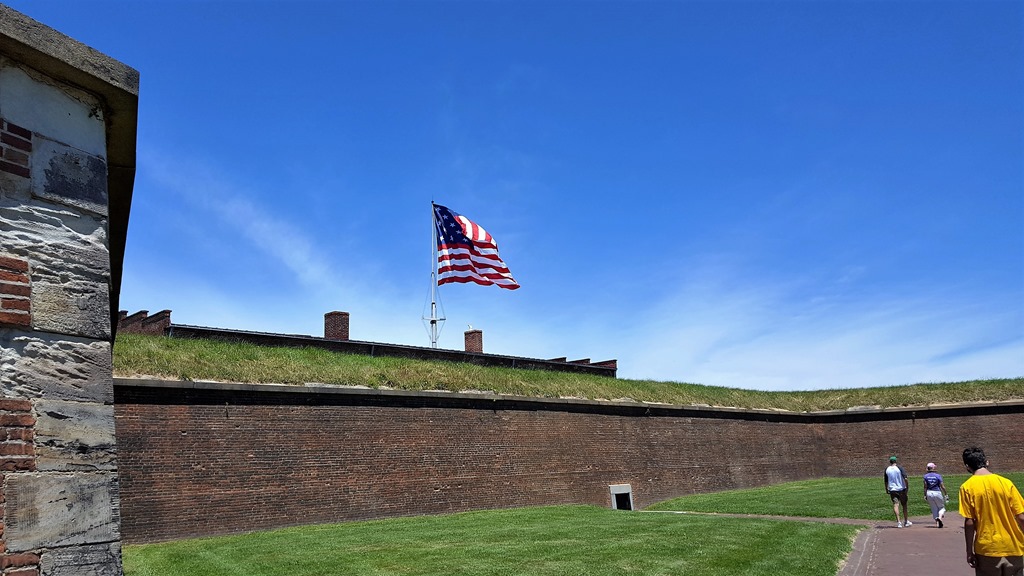 The grounds of this monument are just beautiful! 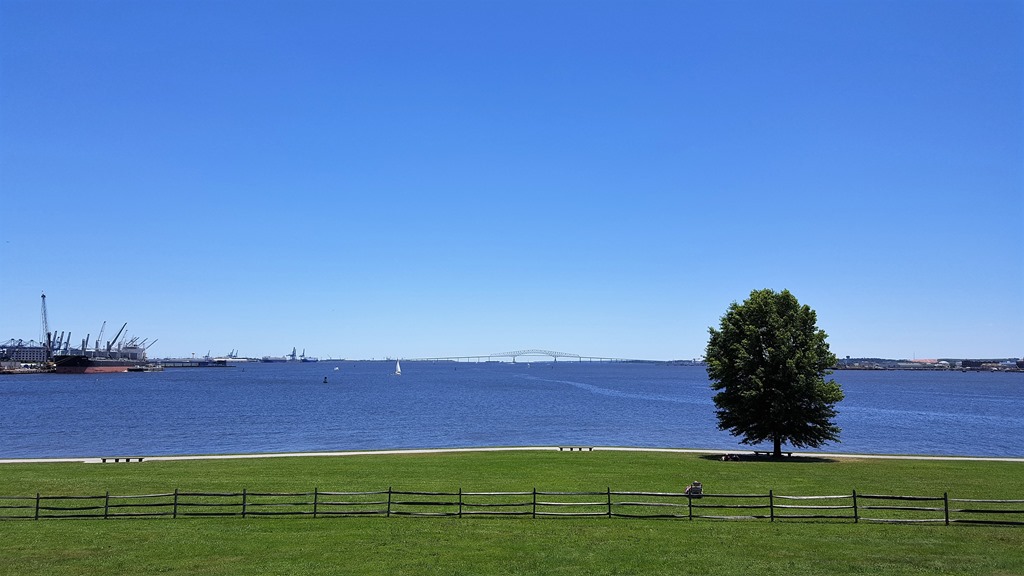 We participated in a terrific talk about the history of the American Flag, the whole time holding a replica of the flag flown over Fort McHenry during the war of 1812. 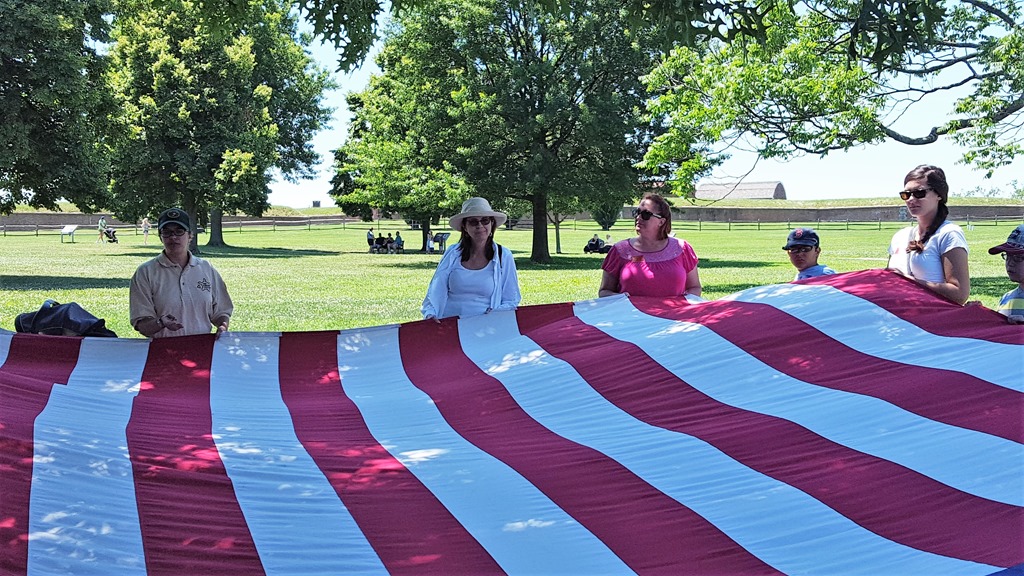 The Army Fife and Drum Corp from Fort Myers. 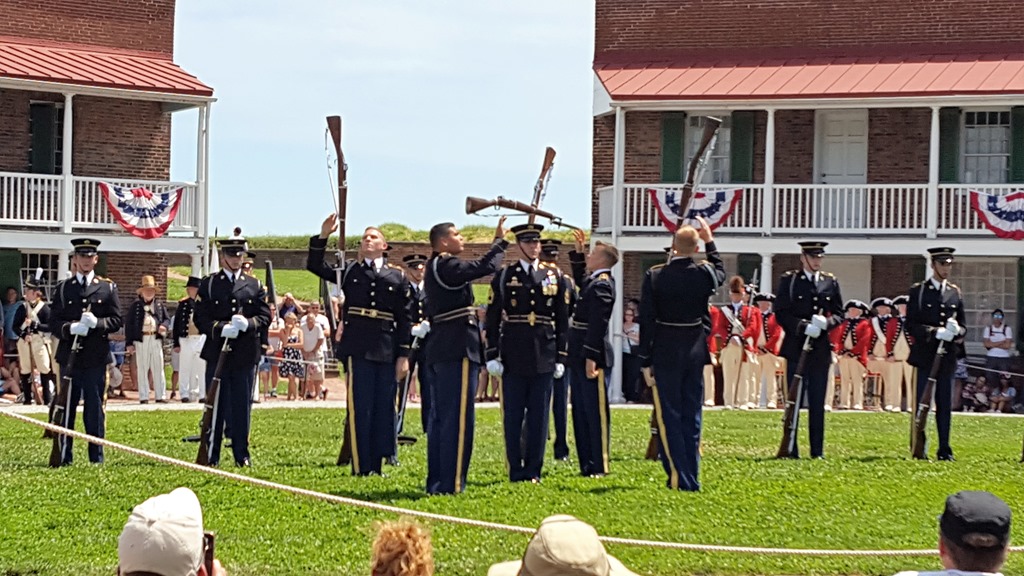 Magnolia got underway this morning for Baltimore Inner Harbor. Like going down the New Yorks East River, Washington’s Potomac we simple had to go up the Patapasco River to right downtown. 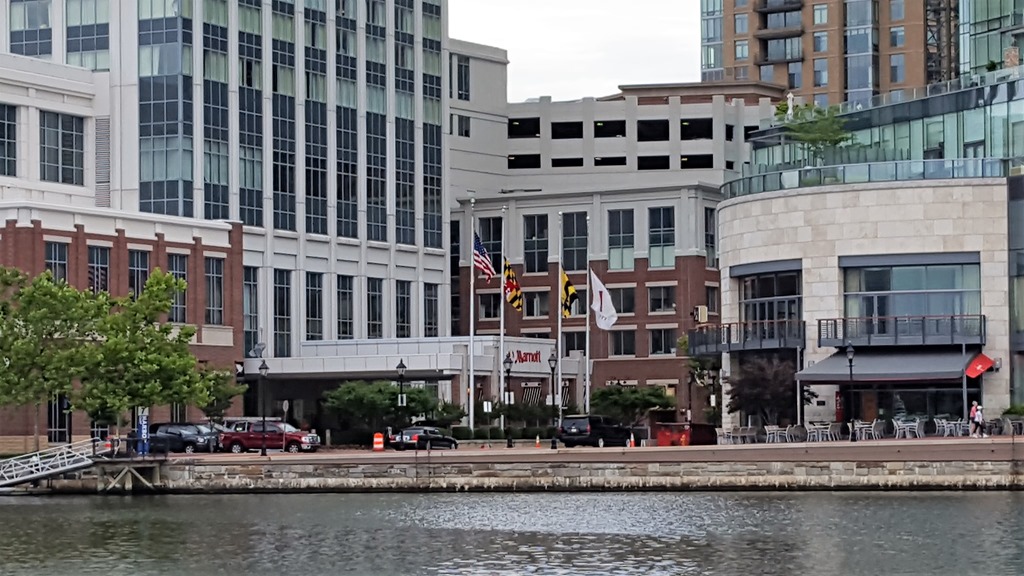 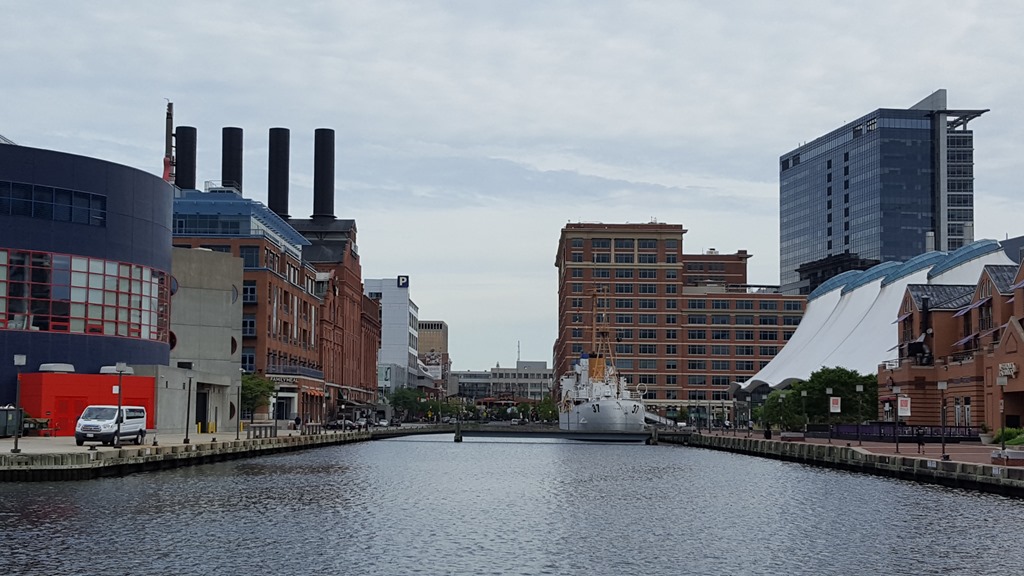 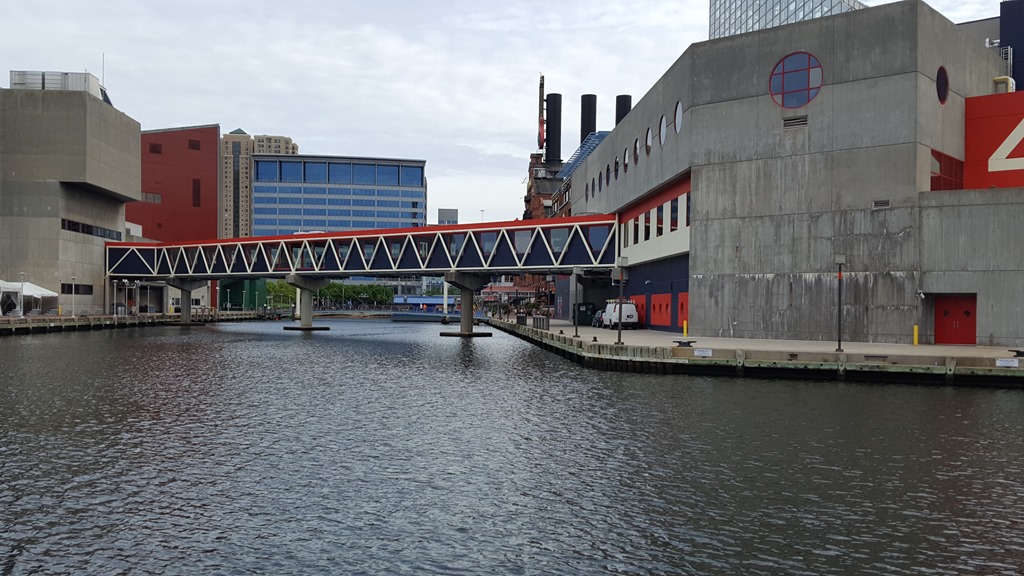 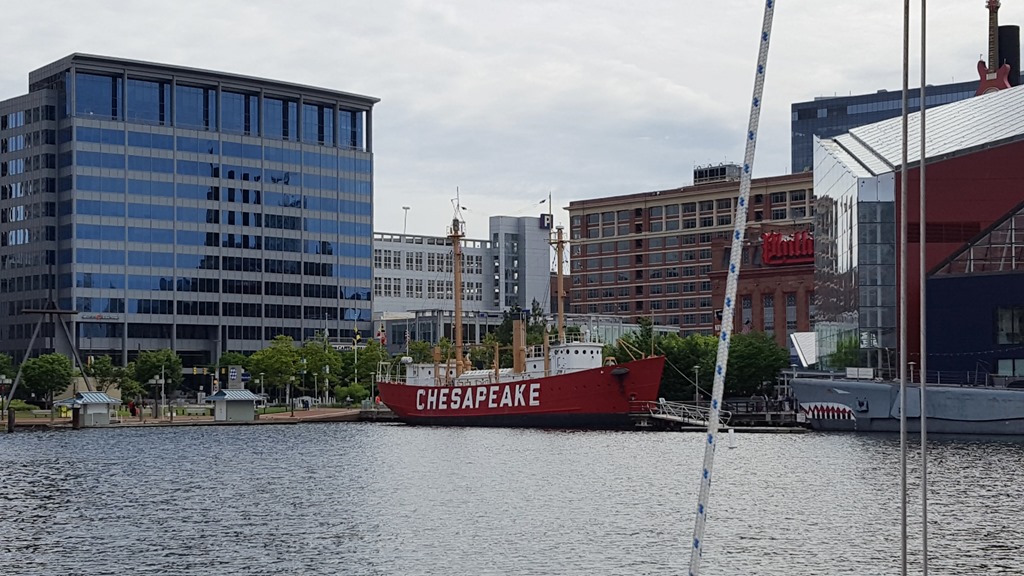 Magnolia dropped the anchor near the area called Canton where we will pick up a friend who is crewing with us up the coast…which leads into the next picture.

We will depart Baltimore in the morning for the Sassafras River so we can take pictures for my Aunt Julie…that’s just a plus! We will transit the C&D Canal to the Delaware Bay down to Harbor of Refuge off the Delaware Coast…from there we still do not know. There are two lines, one will take us through NYC and the other straight up to Block Island RI. The current weather pattern is making it a little tough to call right now so that will be a game day decision for Wednesday or Thursday….standby!

PS Dan and Lori, thanks for spending a terrifically fun day with us!!!