Ok, guilty but I am TRYING to catch up. We have been feeling like we are living in the middle of a whirlwind, figuratively and literally! Bare with me while describe the challenging weather we have been facing in the Bahamas…let skip that and say we have had one heck of a windy winter thus far and the long range forecasts only re-enforce that pattern! Its either calm or blowing 25 knts and above, we have given up and as semblance of balance! Here Magnolia sits at anchor off Great Guyana Cay (island), which is where the town of Black Point is located. 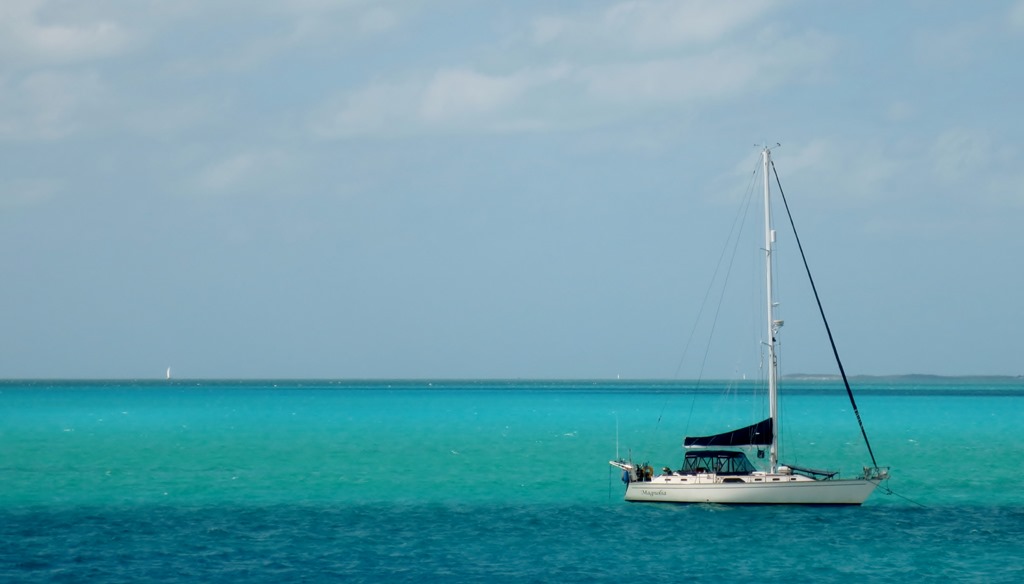 Rockside Laundry and Ida (pictured below) are know throughout the cruising community as the nicest place in the Bahamas to get a haircut and wash cloths. 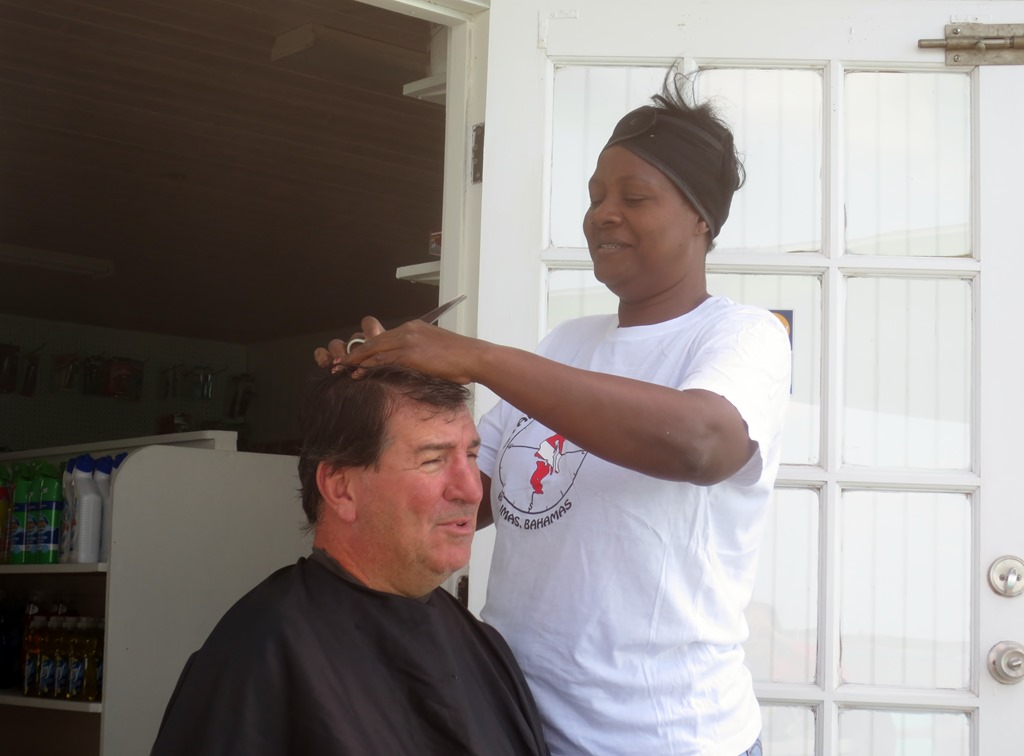 Ida gives a mean haircut and the view from her saloon is the best I have ever experienced!

You might wonder why get a haircut when you live on a sailboat? Well I had not gotten one since Vero Beach and I just had to get a haircut to watch my one football game of the season. This year that game was the Super Bowl. Wow what a game…wow what a stupid call for the last play of the game!

We enjoyed our evening with our friends Burt & Prudence from Mansfield OH!

Below is the entire 56 mile trip from Black Point to George Town. The trip was a little to long to make in one day in the daylight, a little too short to make as an overnight so just split the trip and stayed inside on the “banks”  the first and out on the sound the 2nd. 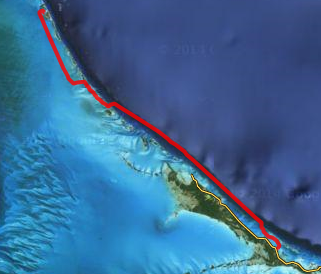 The Bahamas Islands as I understand it, sit on plateau and generally those island sit a long the edge of that plateau. The banks (dark blue below, light blue above) are generally about 15 feet deep and well protected. The sound side is literally a cliff that goes from that approximate 15 feet to 4500-5000 straight down. That huge vertical cliff can make for lets say some “interesting” sailing and water conditions along the sound side of the Bahamas.

Out first day trip to George Town we stayed on the banks and decided to push ourselves a little. The sail down from Black Point to Galliot Cay and Cut is straight forward with plenty of water. Once south of Galliot Cut though we are into full on Visual Piloting Rules (VPR) because of the minimal depths, shifting sandbars and the charts that do exist are not very good. 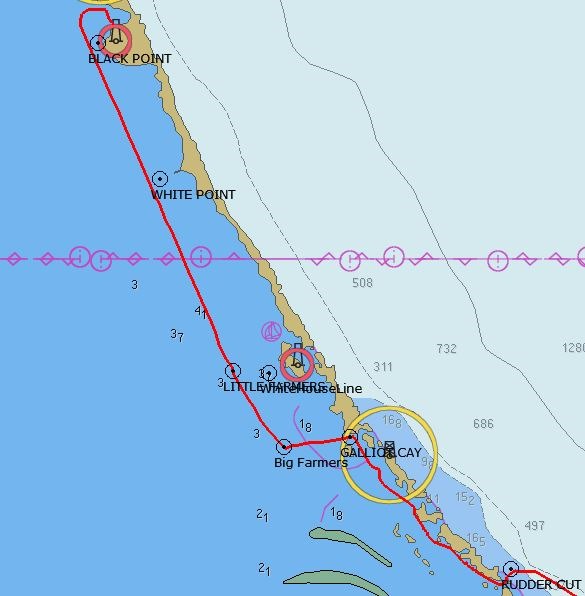 Galliot Cut is at the top of the picture which is where we would normally go out but we wanted to see the less traveled side of the Cays as well. In addition David Copperfield owns a couple of these. Not exactly sure if its Musha or Rudder Cut. Things went well through the most challenging part along Musha and that huge sand flat. Getting down to Rudder we needed a place to anchor so if you see that little triangle shape, that’s where we tried to tuck up close out of the wind. Well sadly the water went from about 3.5 meters to 1, about quick and we touched bottom. (No one was around so those groundings don’t count). It took us about 10 min to get “unstuck” then we slid down a bit to the red blob where we anchored for the night. 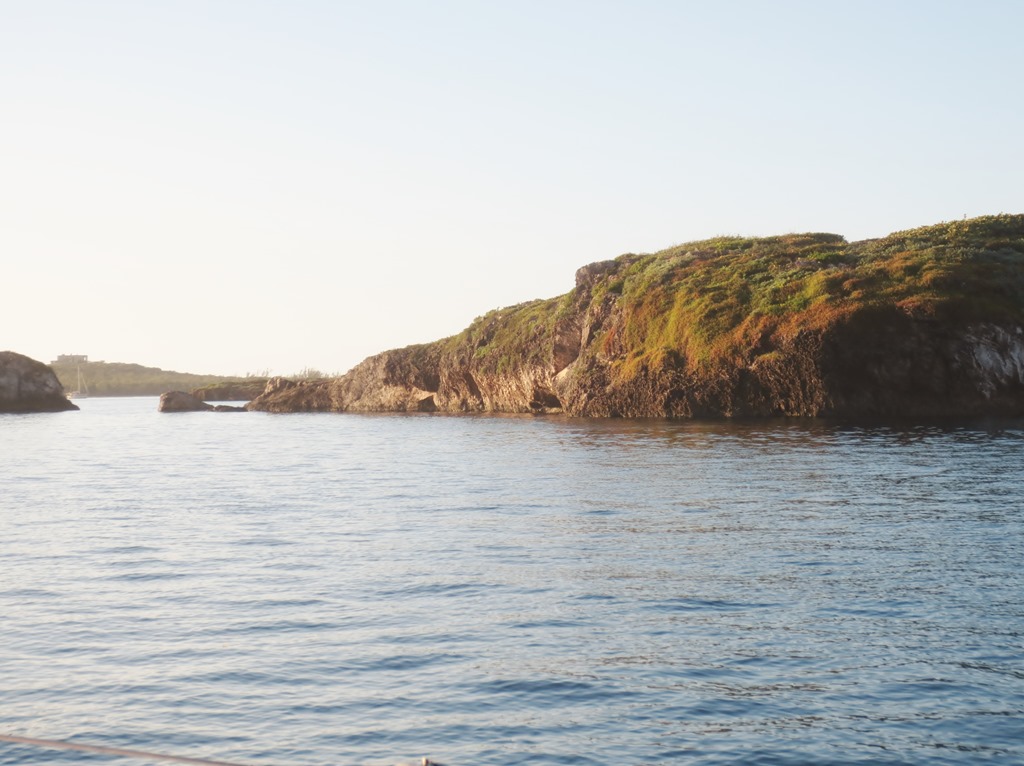 As you can see our track took us right along that cliff which happens to be a GREAT fishing area! With great anticipation I dropped a line over side. 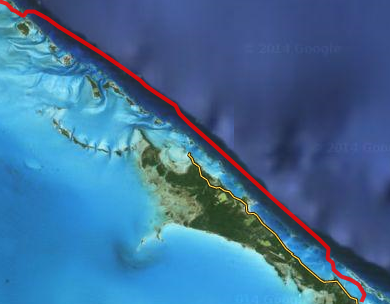 Not more than 10 min, I had a hit and called for fish on! That quick and it was fish off as whatever hit, bit right through my wire leader. I have extra lures but no extra leaders so I was “off the field” before the game really got going! 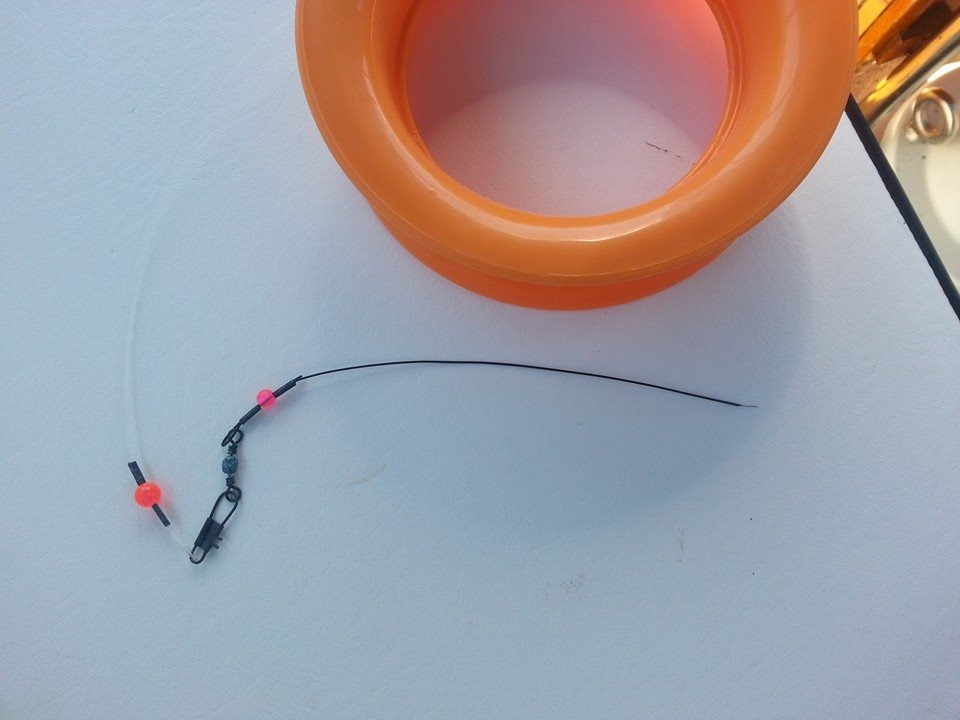 The rest of the trip was boring boring (lost fish)

Coming into George Town is a little twisty but really straight forward. The read like this “proceed down the sound until you are due north of the crashing waves, then turn due south to avoid be smashed onto the rocks, once inside continue SE until you are due north of the house on the hill, (2nd yellow circle) head due south and then SE again until you clear the coral heads to your starboard and then head for the obelisk on the hill (3rd yellow circle.” Yup, that’s the reality of this…… 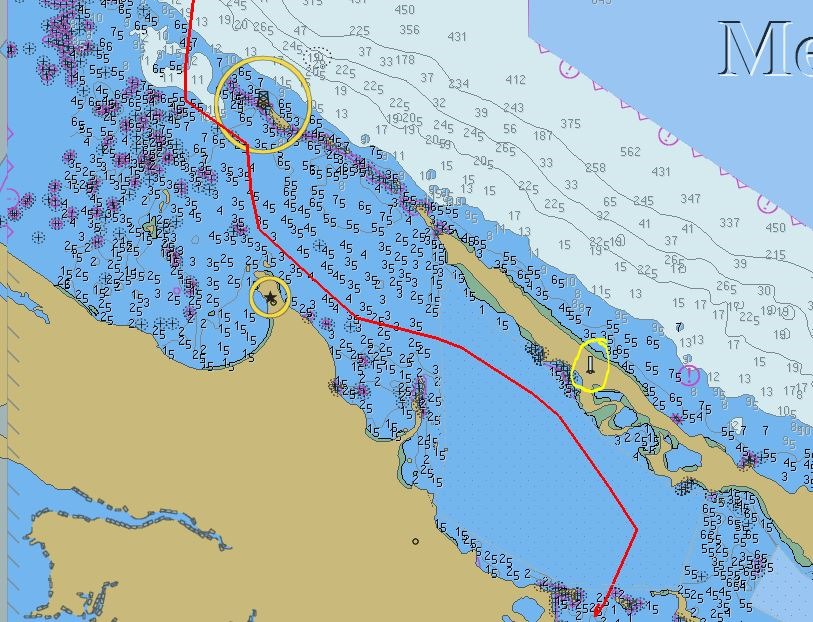 Once again the Admiral brought is into a happy landing in George Town, more tomorrow! 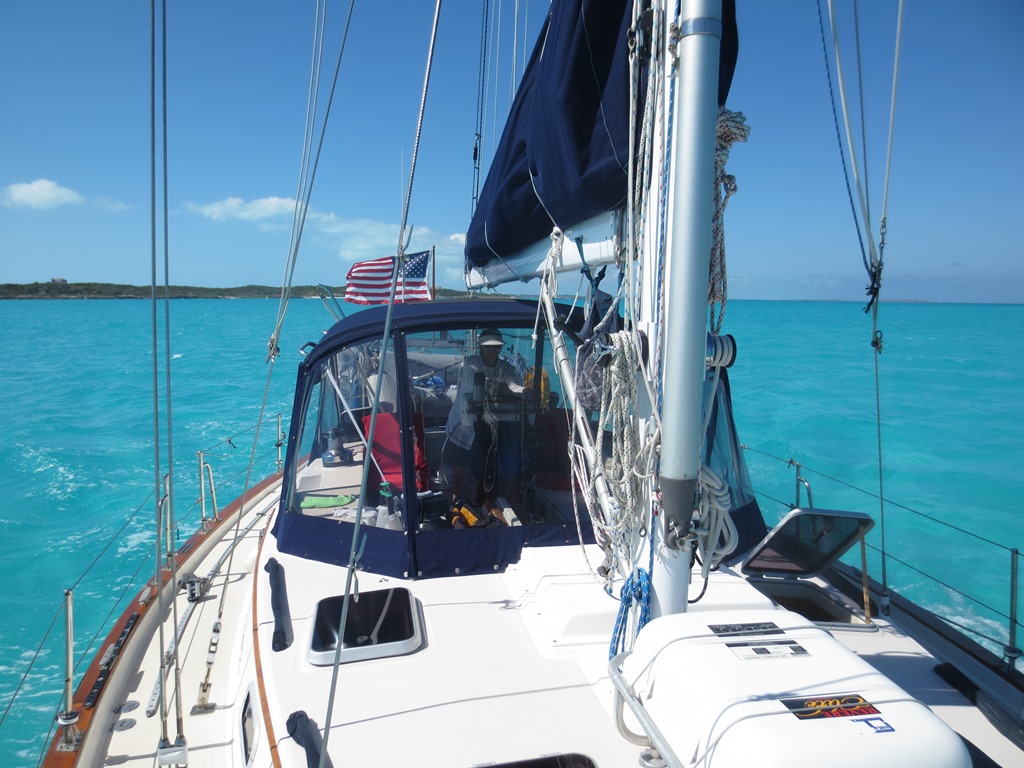