Sadly a continuing problem of lots going on and not many pictures to tell the story. The below is almost self explanatory. Back at the Pine Island anchorage I thought I allowed the grill cover to blow away during a storm. I was PO’d at myself enough that I had to make the replacement. Adding insult to injury I later discovered that the cover had NOT blown over and it was right where it was suppose to be.

I did repurpose the cover for some dinghy related items. 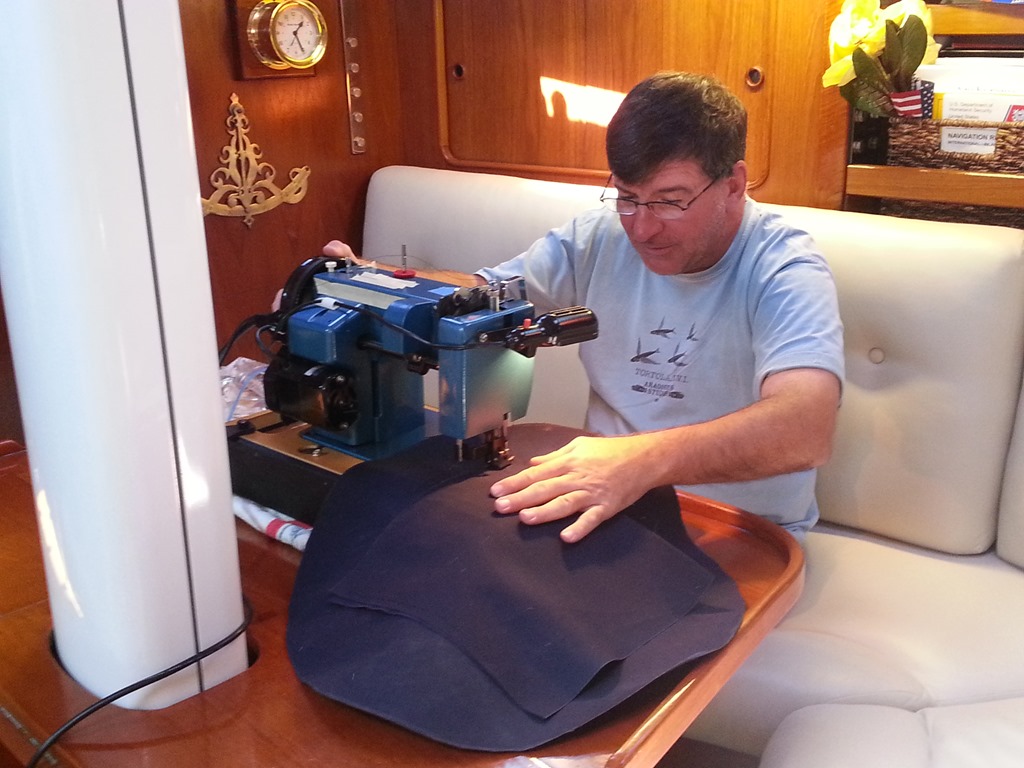 The Admiral seems to really like her Hartges Yacht Harbor Ball Cap, I think its mostly because its red. 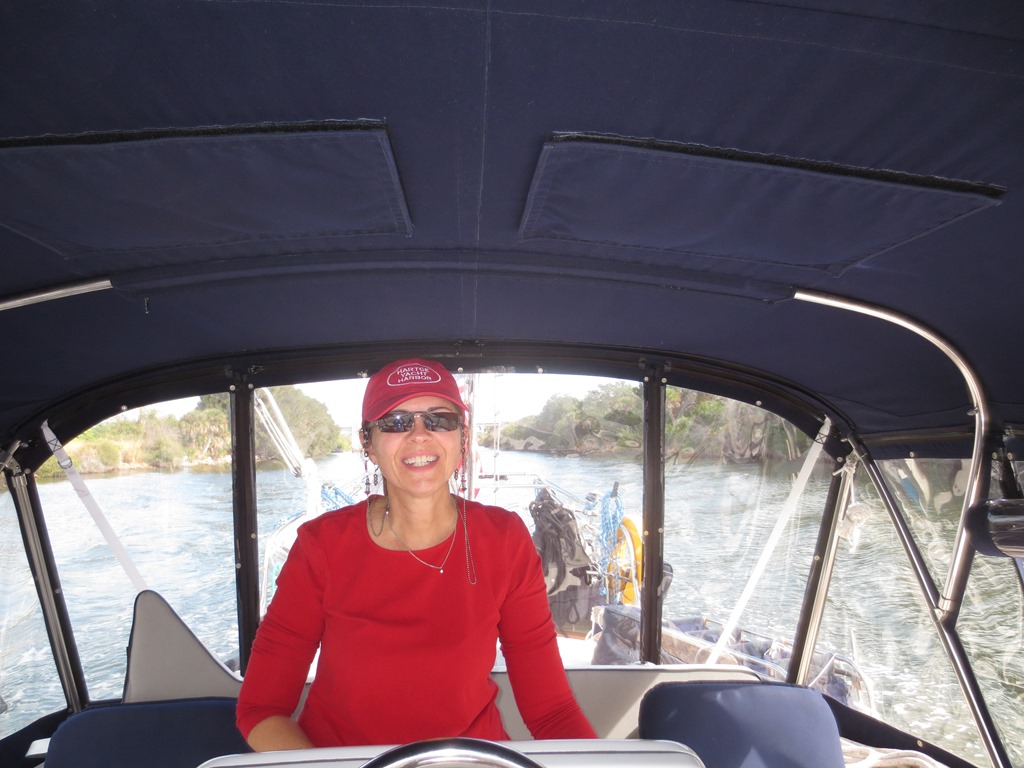 One of the not to miss occasion was the Seven Sea Cruising Association (SSCA) annual “Gam” in Melbourne FL. Since I was ignorant of the meaning till a couple years ago:

Gam:  “ a visit or friendly conversation at sea or ashore especially between whalers.” 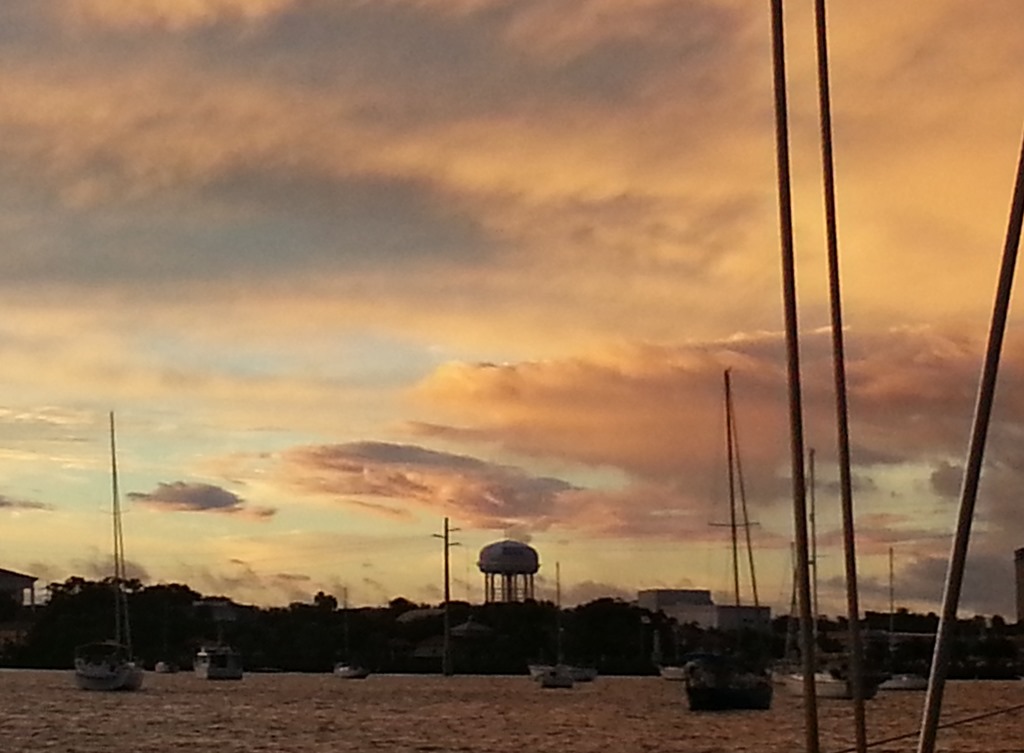 This is the friendly conversation part!

BTW, Magnolia is fully equipped vessel, complete with “Man Cave” which the Admiral lets me out of occasionally! 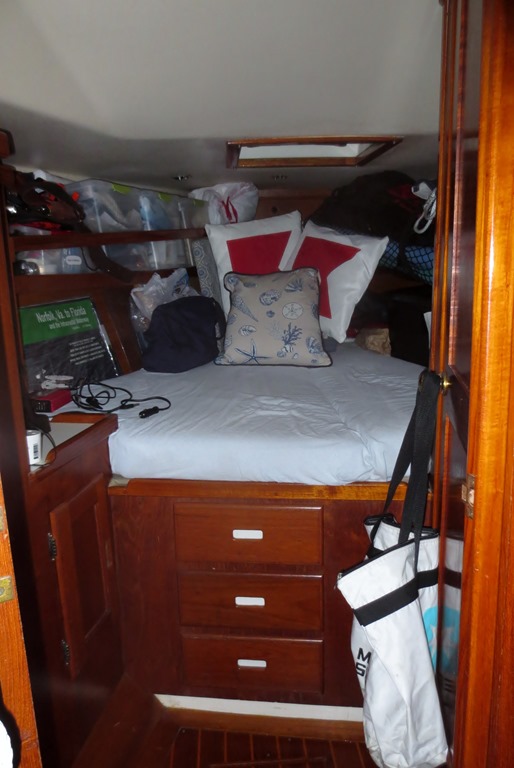 While we were at the GAM we made arrangements to have our old main-sail cover replaced. As you can see the current one is really stuffed with our fully battened main. This leads to making it REALLY hard to store the sail which further leads to not suing the sail at EVERY opportunity, which leads to more fuel consumption….. 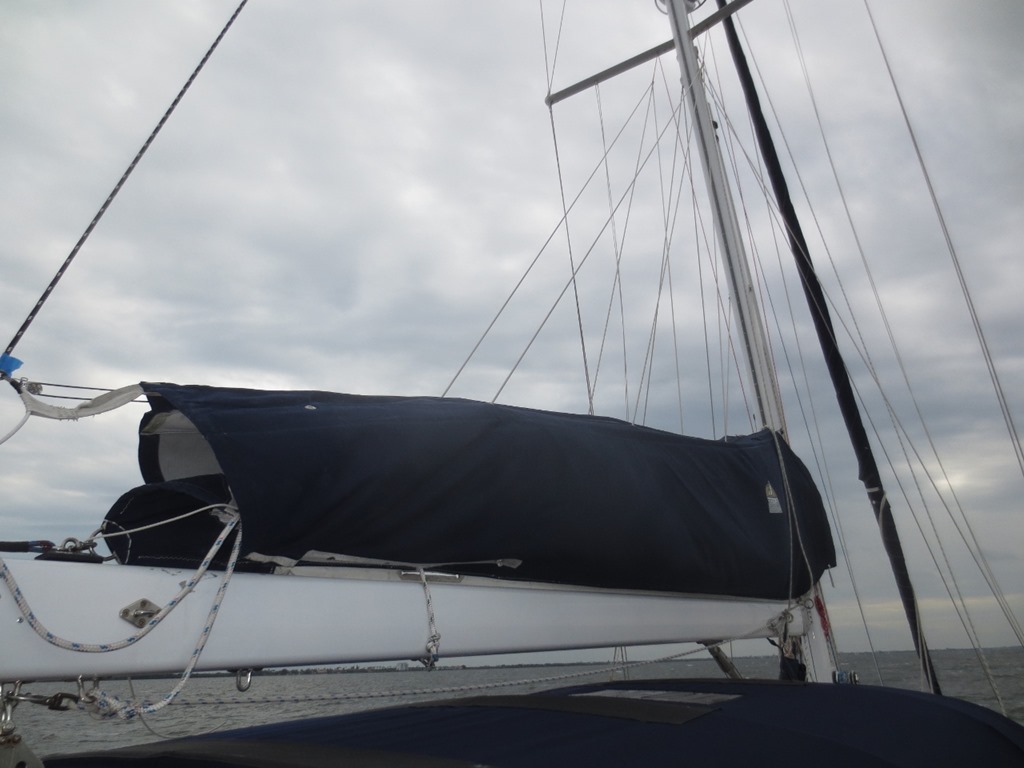 Next update will be soon with news from Vero Beach and Thanksgiving celebrations! Be Safe – Magnolia’s crew!!