I will get to the “play” in a moment but a little catch up. Magnolia departed Georgetown last Wednesday as expected and had a great sail up to Black Point. Winds came up and we wanted the break so we took an extra day there and caught up on Downtown Abbey episodes. Fast internet is a treat in this world! 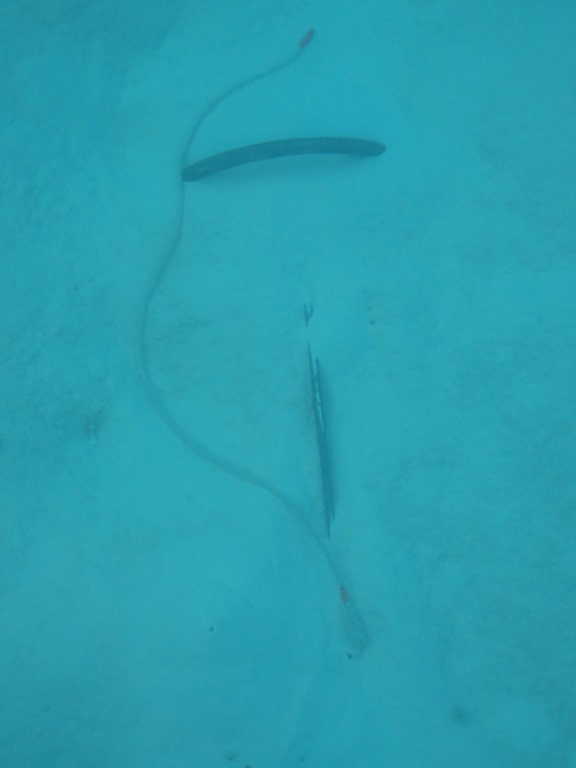 It is always such a treat to check your anchor in the Bahamas. Just look over the side of the boat and this is likely what you will see in 15ft of water!

We made a quick motor north to Cambridge Cay which is part of the Exuma Land & Sea Park and home to the “Sea Aquarium” snorkel spot. We missed it on the way south and we were not going to pass this snorkelling highlight again. 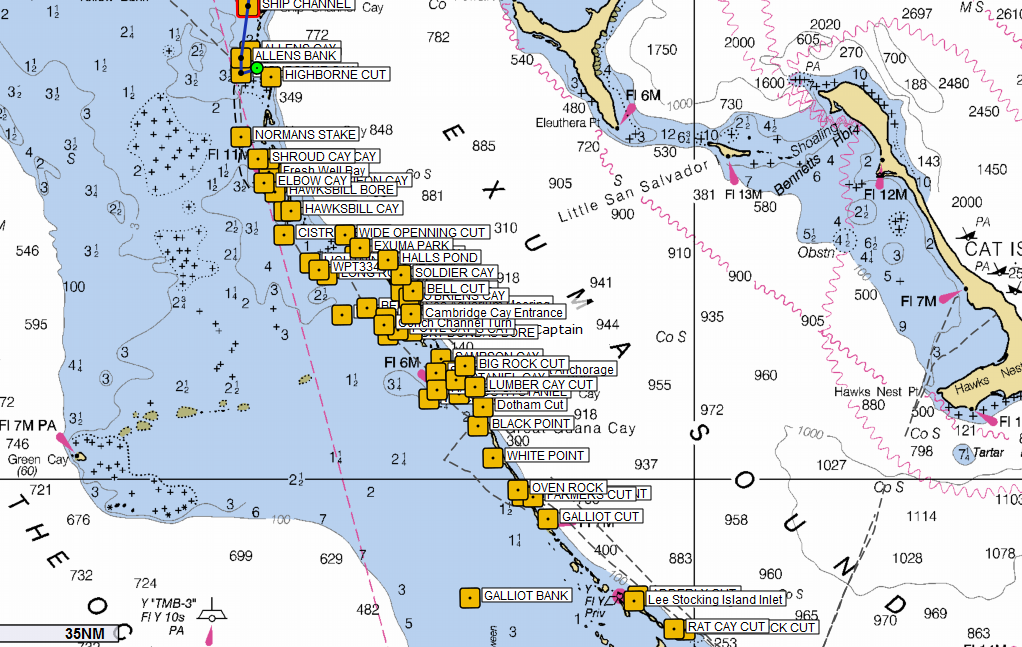 A little more background, in the Exumas you can make passages on the “sound” (white) or on the “bank.” (blue). Sometimes you have a choice, sometimes the “bank” side is too shallow so you are forced into the sound. We like to get out on the sound whenever we can because it often makes sailing easier and has greater depths.  Then again, it often has higher winds and bigger waves. 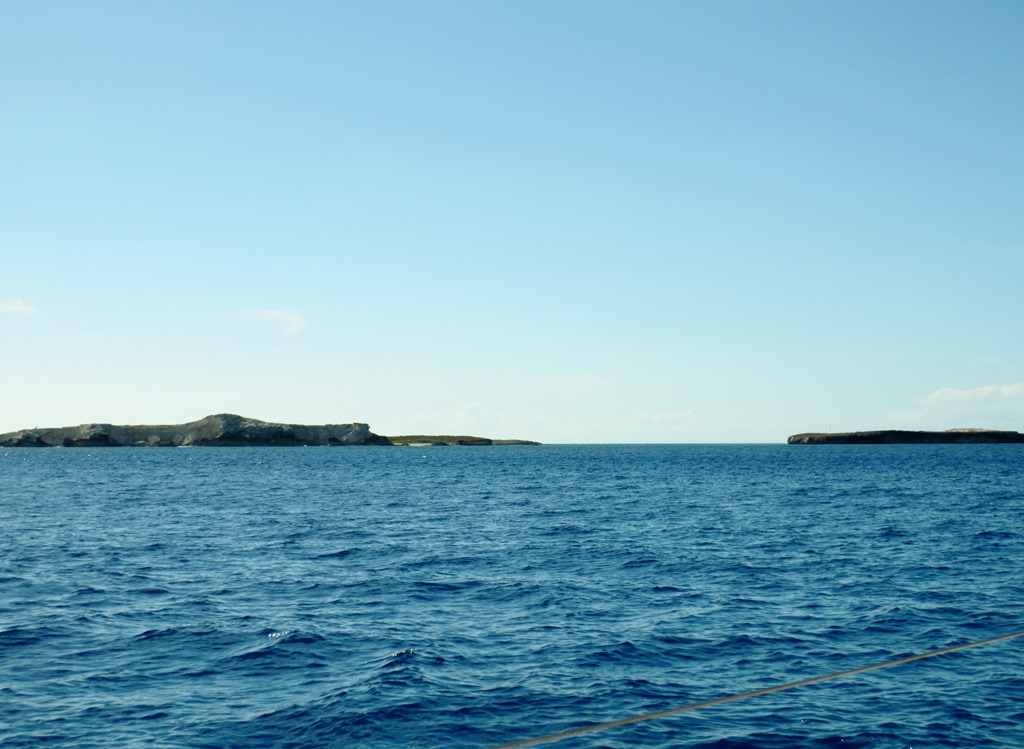 This is looking at O’Brien’s Cut (entrance) from the sound on the calmest day you can imagine.  We won’t show you the pictures of what it looked like when we left (the exact opposite creating a challenging morning!). 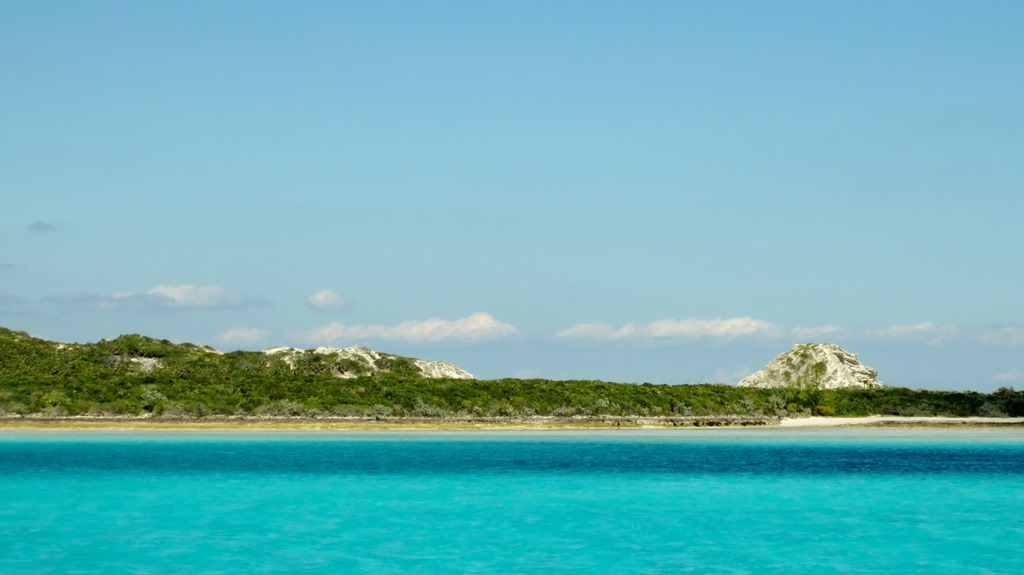 Once on the inside we were rewarded with a beautiful anchorage at Bell Island. In addition, our friends from S/V Journey (Drena and JR) were anchored there as well.

Over the last year or so we have followed S/V Journey’s (www.sailingjourney.net) blog since they were also “class of 2013/14” and also from the Chesapeake Bay.  We actually did not meet them until all the way in Vero Beach, FL in the fall. We are so impressed by this couple. They are a “little” younger than we are and have worked very hard to make their opportunity to “cruise.” The amazing thing to us is they figured this all out at an age when we did not even have a clue what “cruising” was! 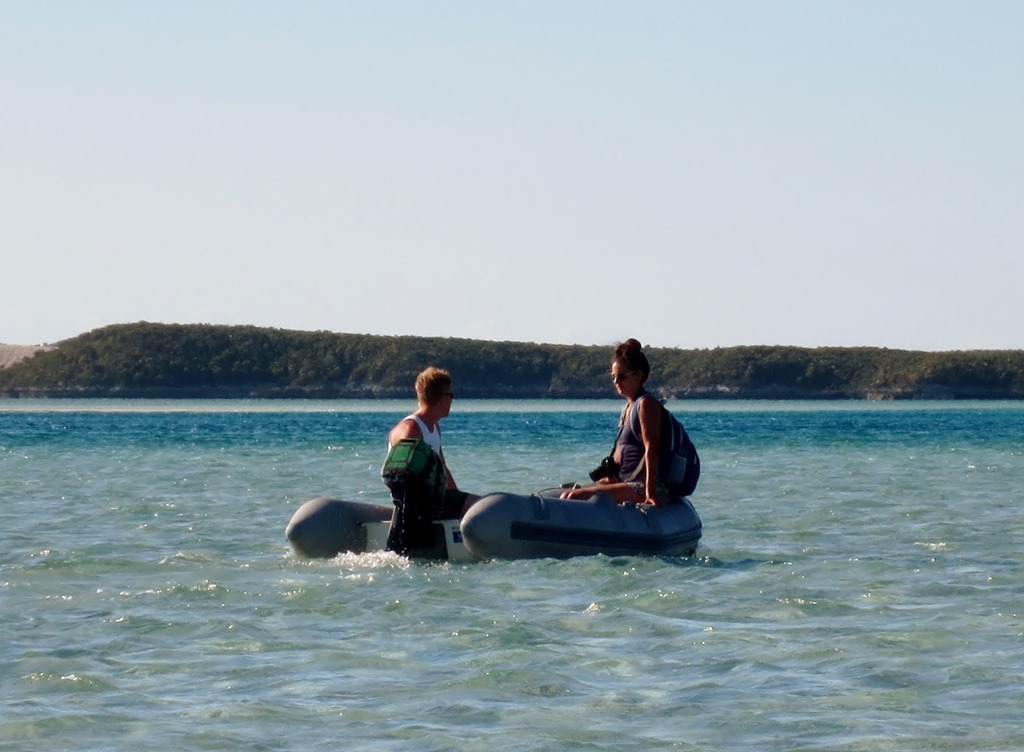 On our way to Sea Aquarium and passed Johnny Depp’s private island.  Drena swore he waved…

S/V Journey is a 1986 O’Day 35 which is nearly the same vintage as Magnolia, and although a little smaller, just as beautiful. I was very excited to finally see the water maker JR designed and built from scratch along with the flexible solar panels they installed. Note: Here is the reference to the “play.” Drena and JR were kind enough to invite us over for dinner and see Journey as well as meet their cat, Leo., and get a kitty fix. Second Note: Canvas on boats lasts a long time and what usually fails is the thread that holds said canvas together. It becomes quite weak from exposure to the sun. So as I am touring the boat, I loose my footing, slip and put my arm right through the corner of their dodger. I am horrified! Holy you know what, I want to find a hole and crawl in it! Actually I had just made one, but crawling through would only make it bigger. Annette offered to sew it but they were itching to get underway and we ended up going separate directions the next day.  Drena is an excellent Seamless Sailor, so she will have it under control soon I’m sure.  It’s bad enough to have an accident on your boat, but so much worse on someone else’s. 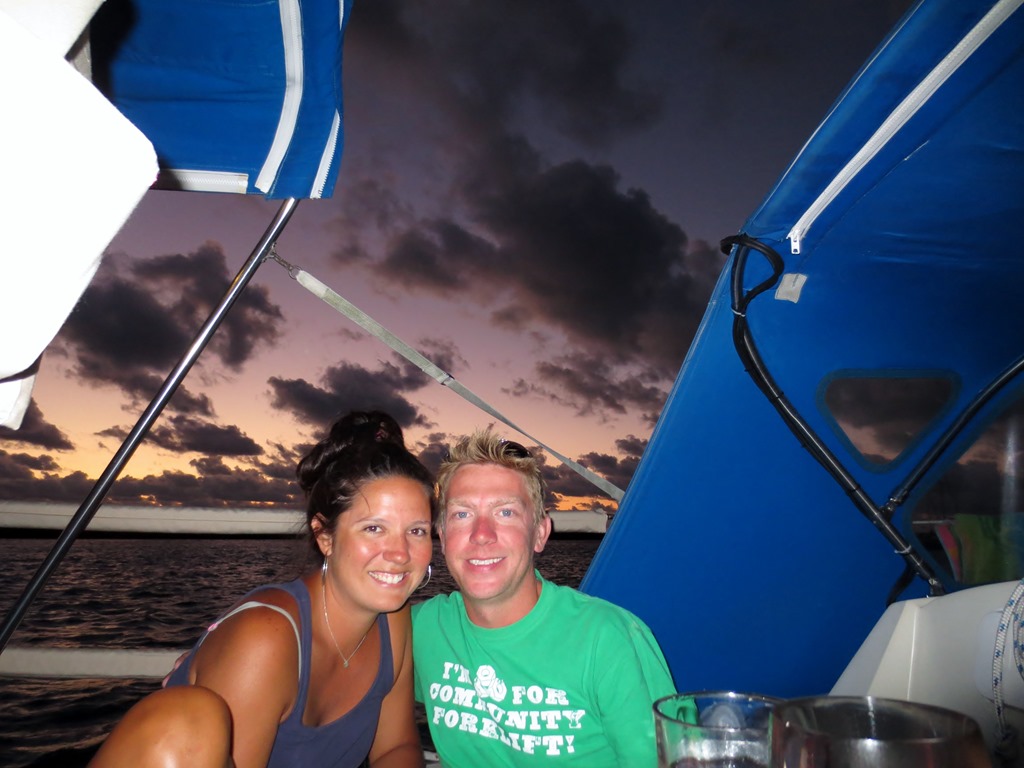 The picture was taken after “the shot was fired” so we are hoping that all can be forgiven!

We are looking forward to seeing Journey again, hopefully they are too!