Magnolia has been playing cat and mouse with the tides and temperatures, but it appears we have both on the run as of this writing. The picture below shows the scenery we have been looking at recently. We are definitely in Cypress Tree and Spanish Moss territory! 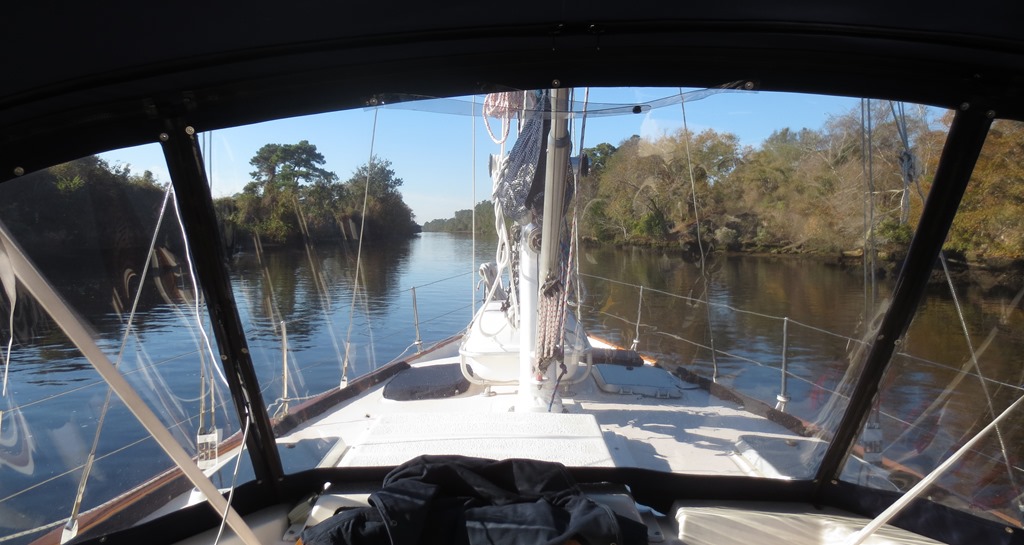 Under the category of things you see on the Intercostal Waterway (ICW) this is a pretty big one. There are golf courses on each side of the canal and the I think the cable cars carry you back and forth between “front half” and the “back half.” This might top the swimming sea monster deer! Nah nothing tops a swimming deer! 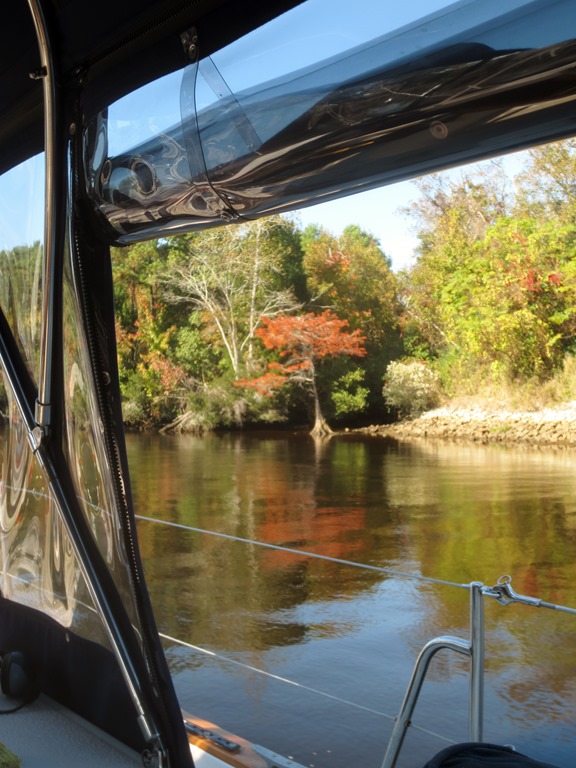 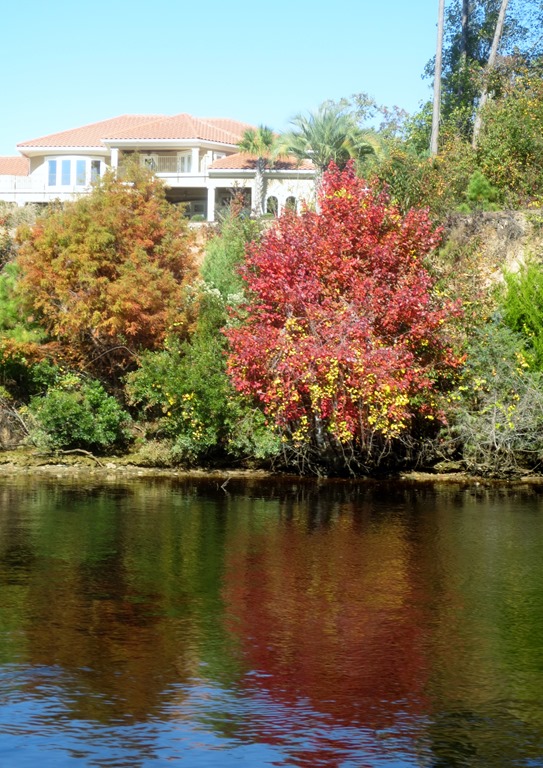 With the knowledge we were in for a spanking (high winds and low temperatures), we went to our go-to resources, Active Captain and On The Water Chart Guides. Both pointed us to Osprey Marina on the ICW just above the Waccamaw River.  We read that it was well protected, but we had no idea until we arrived. I had to grab a photo off of Google Earth.  Even in this protected area we saw gusts of over 30 knots.

Of course after the front passed and the temperatures dropped I had to “scrape the frost” before we departed. It was a little nuts but we quickly got underway and soon enough the sun warmed the boat nicely. 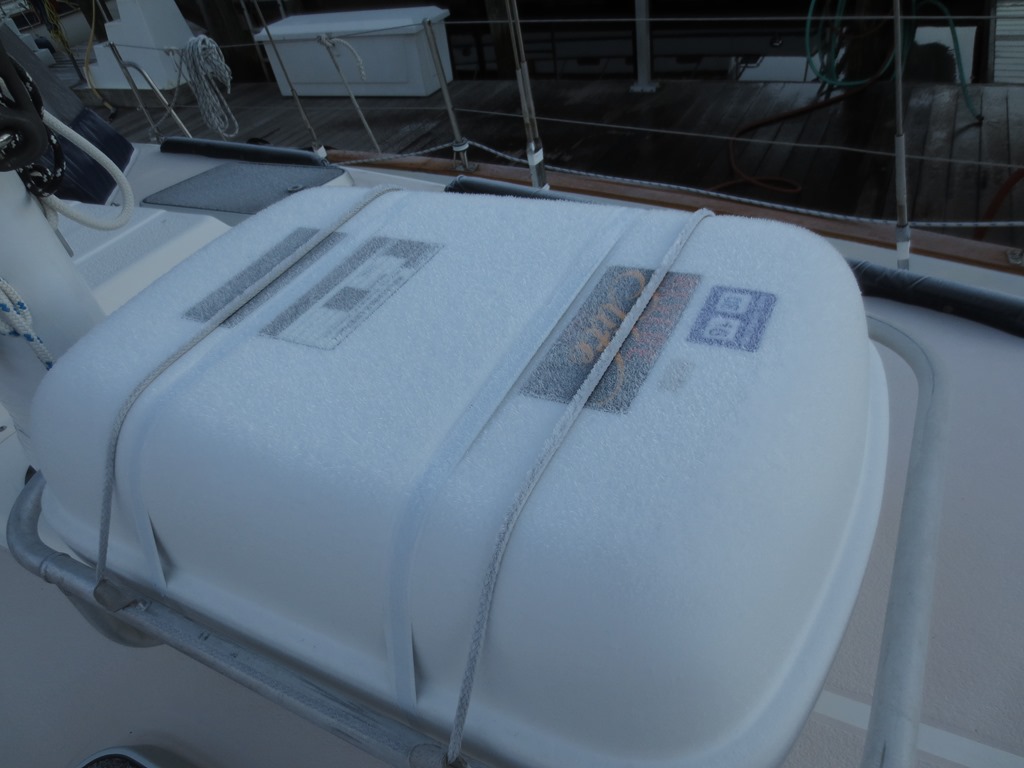 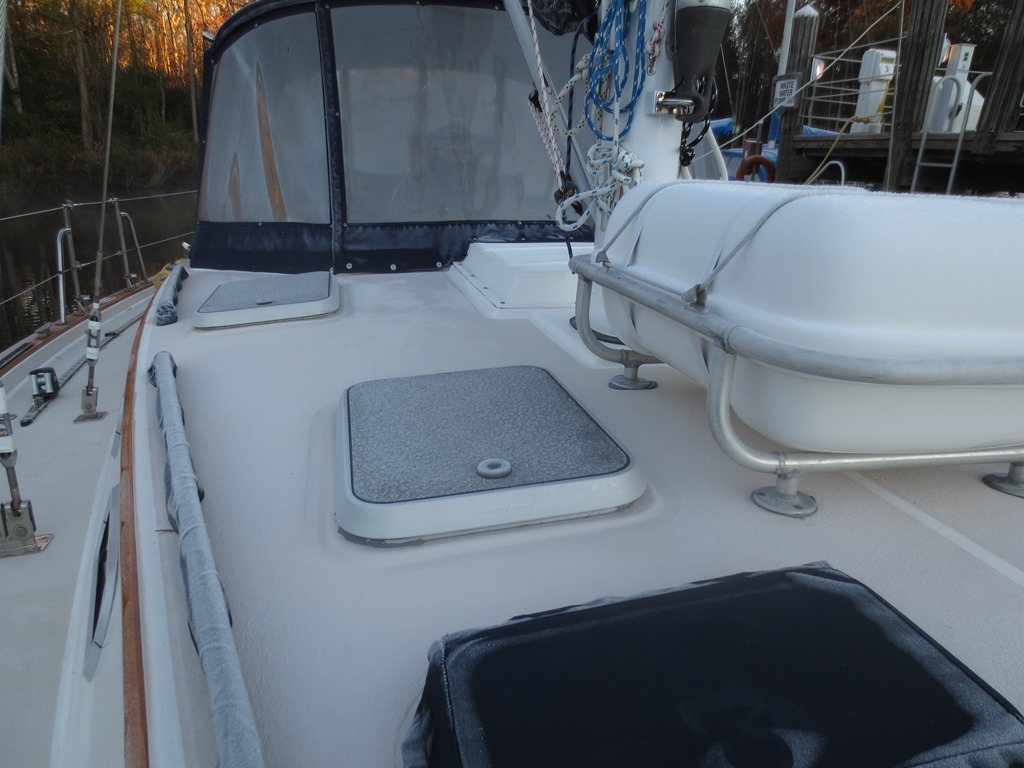 We actually had our highest mileage day of the trip, 55nm. As we had departed at a falling tide from Osprey we were able to ride the falling tide all the way down the Waccamaw until we reached the ICW and road the reversing tide down the ICW another 20 miles. It was what we call a “sleigh ride.”  It makes for a pretty easy day even if it was a long one. 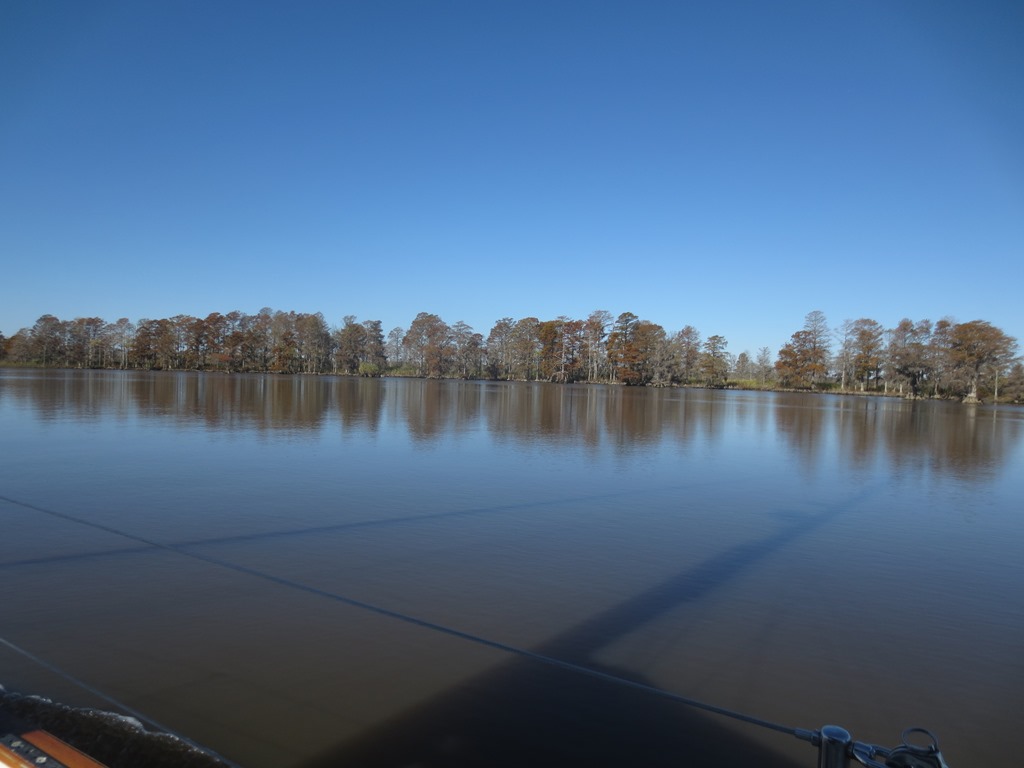 We met Eleanor Q in the anchorage and had a fine dinner of grilled hamburgers aboard Magnolia. 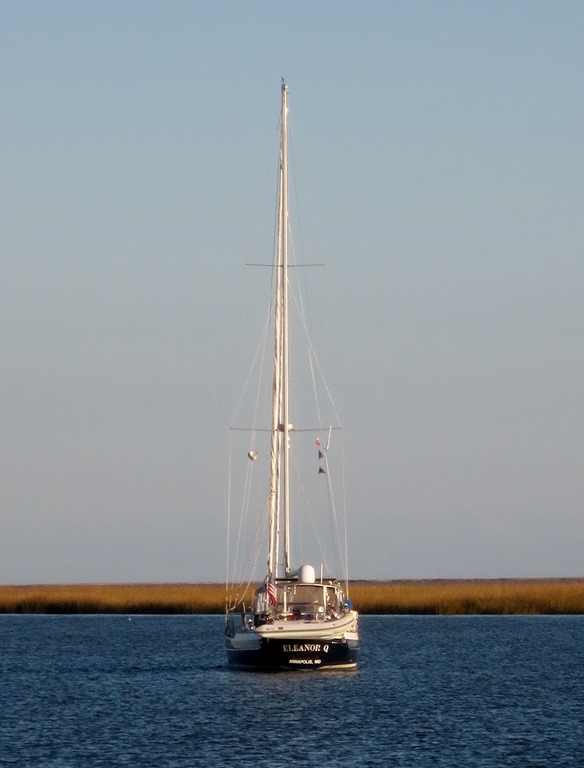 Magnolia is timing the tides against the areas that have become shoaled in, so today was a relatively short day of 16 miles. We positioned ourselves to take advantage of tomorrow’s morning tide to hopefully make it through one of the most heavily-shoaled areas of the ICW. We took advantage of a anchorage that we expected to have completely to ourselves. 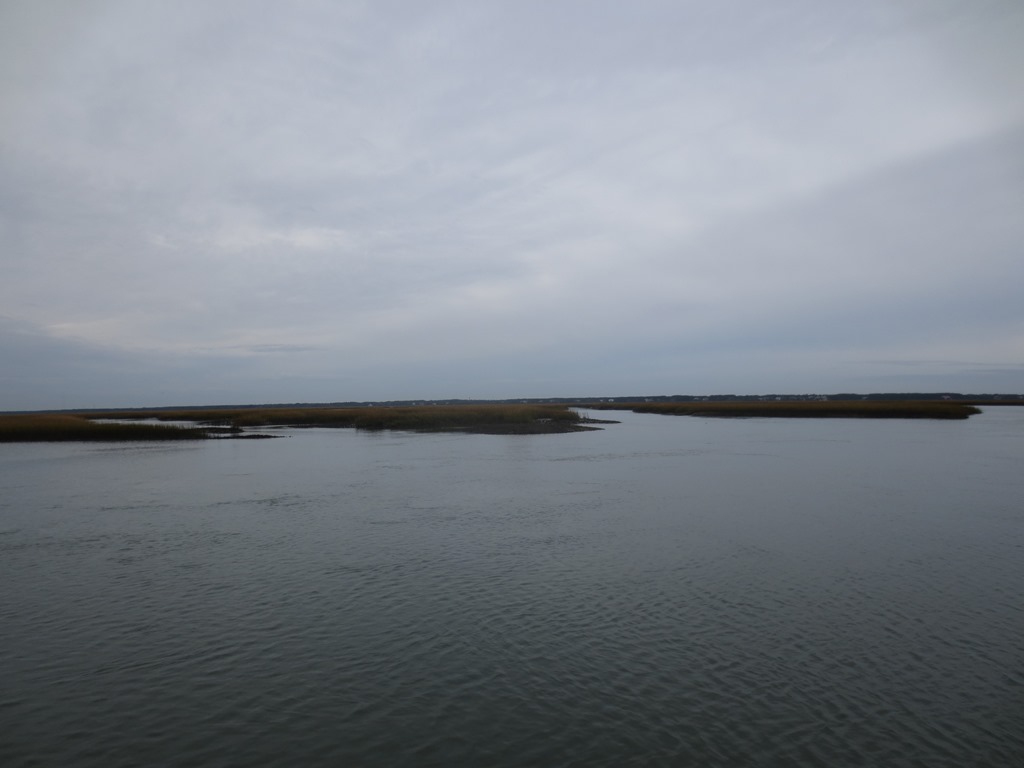 Midway into the anchorage we found out otherwise. The “landlord” came to check out and see who was coming in. 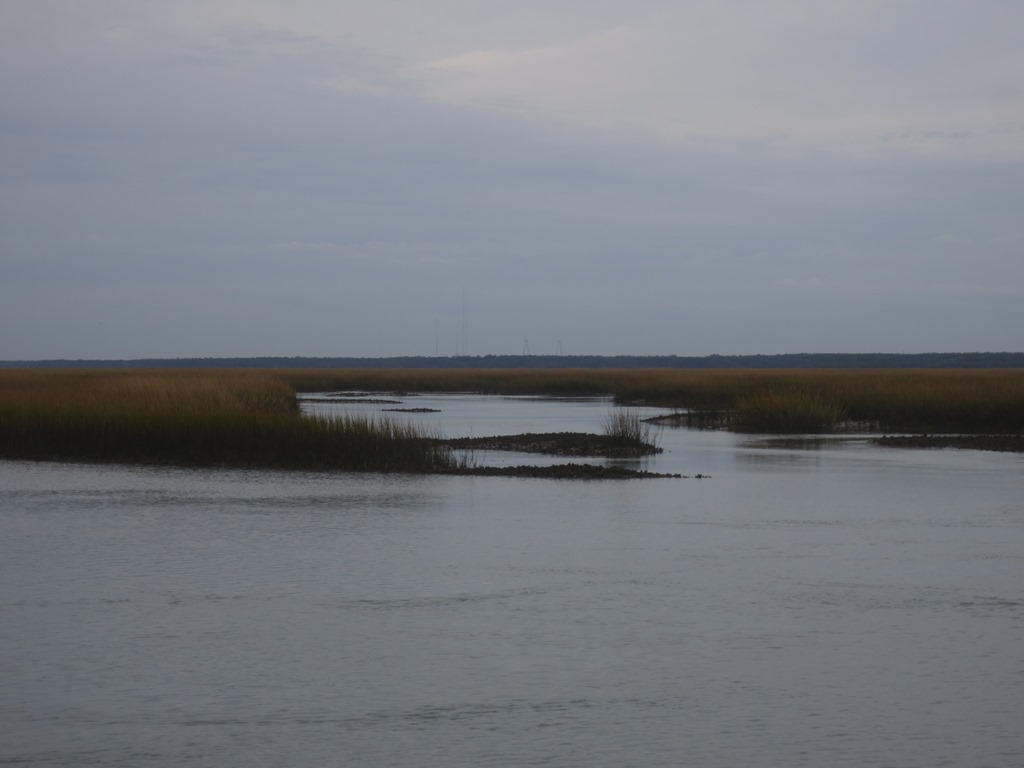 Yup it the landlord! The place belongs to him! 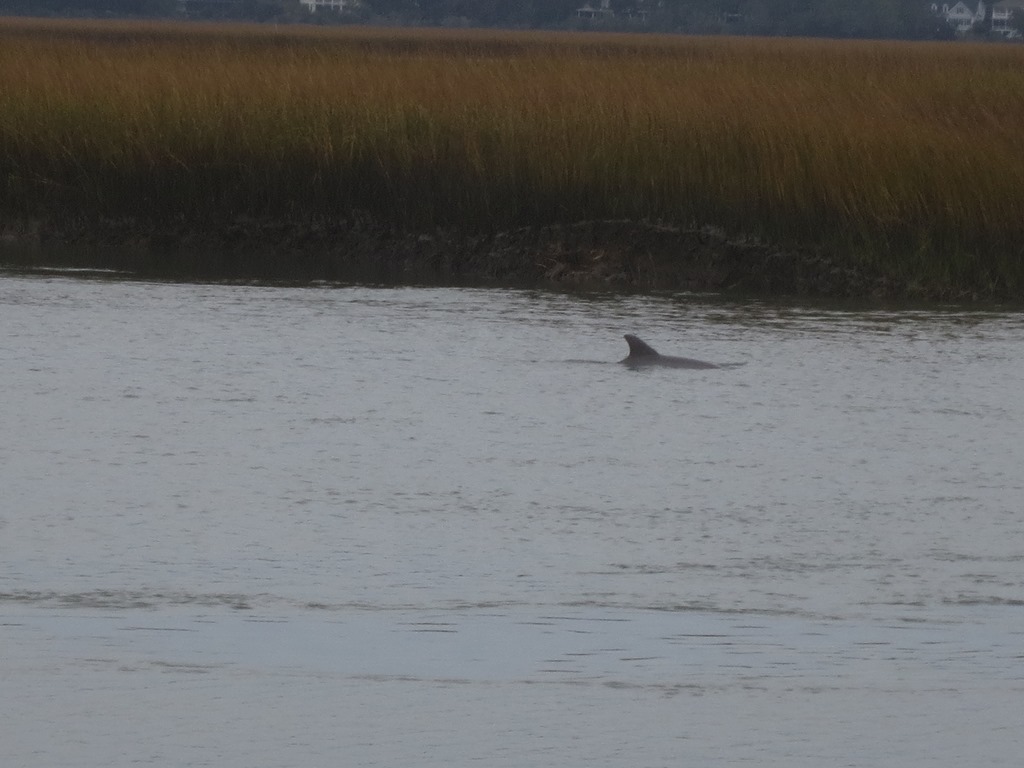 As I was preparing the anchor he came up to get a closer look to make sure we were on the up and up. I offered him a beer, he declined. 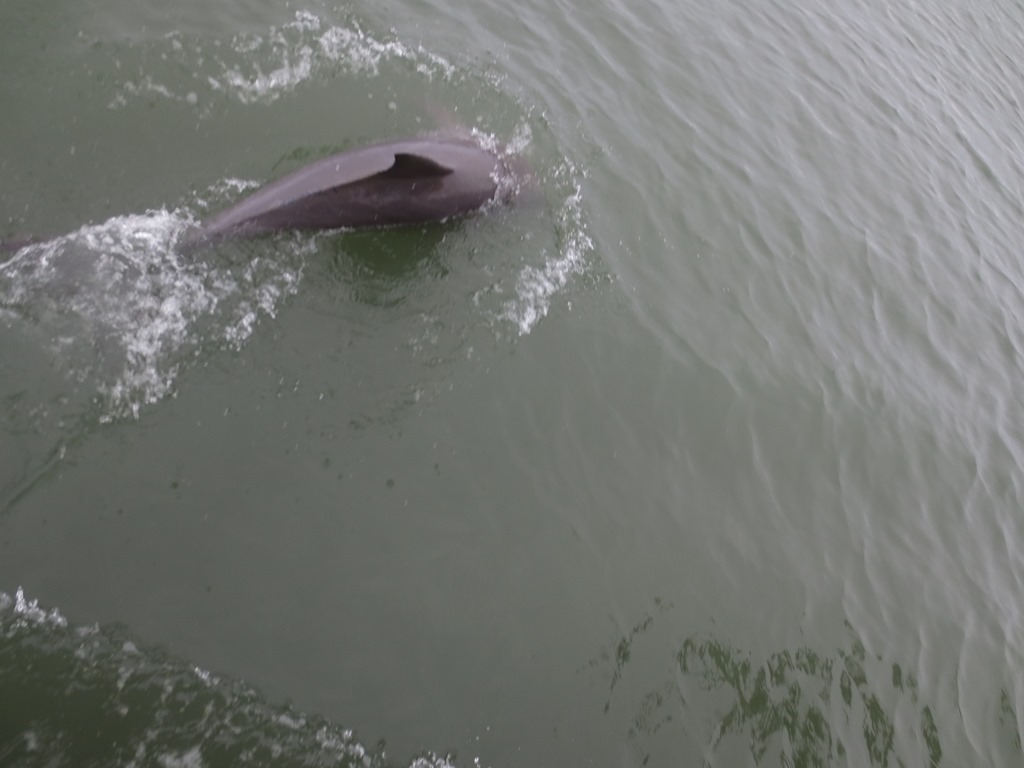 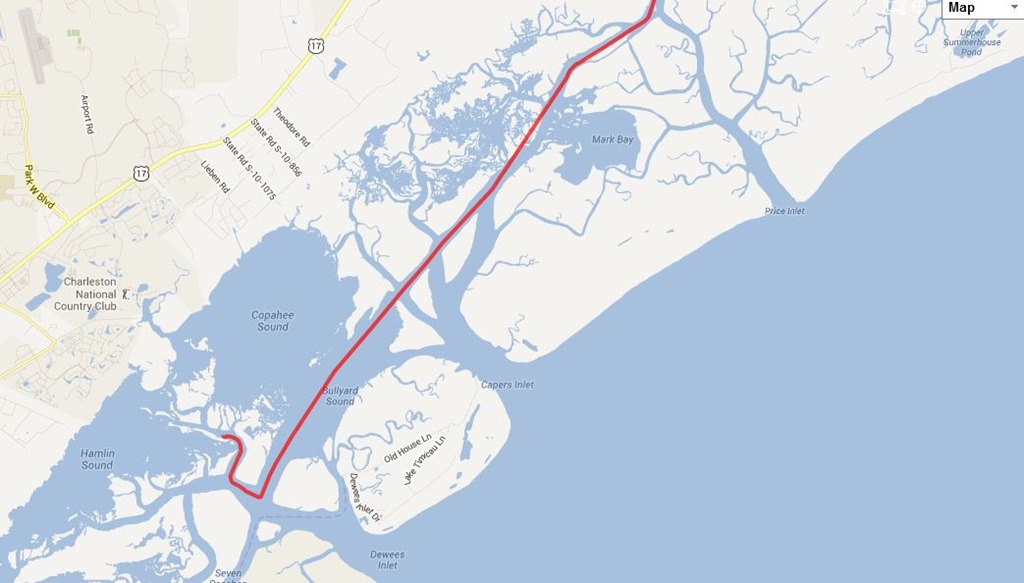 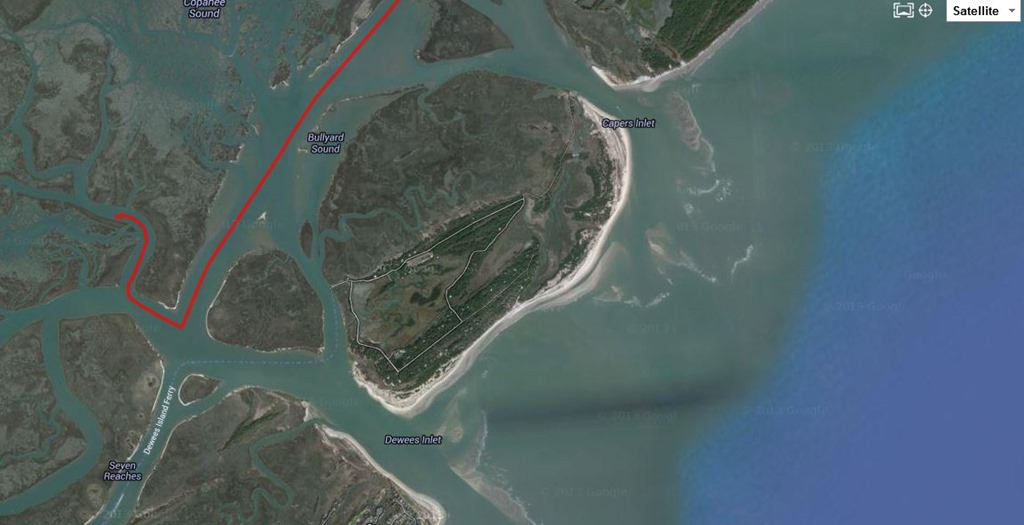 The Admiral maintained a vigilant watch for the landlord who paced along the anchorage a couple of times, but he declined a dinner invitation. 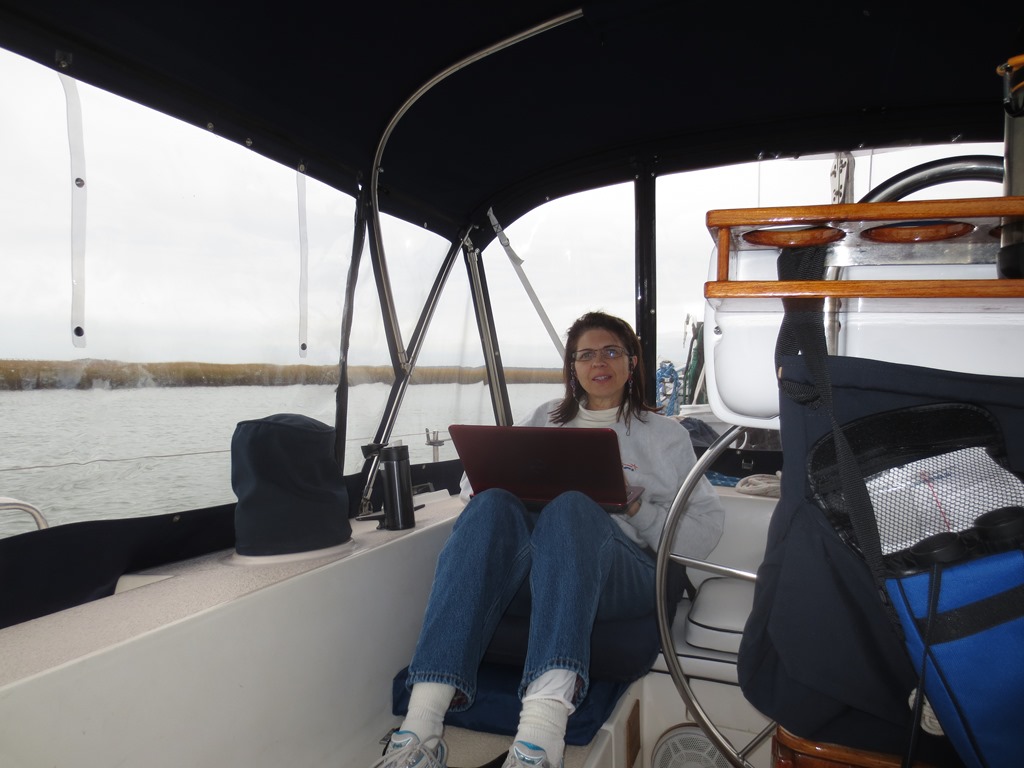 I figured he certainly would like to share a cigar and a scotch which was a recent gift from a friend. Still not a taker…oh well. Thank you Neptune and your residents for sharing the beauty of this place with us. We appreciate it more than you could ever know! 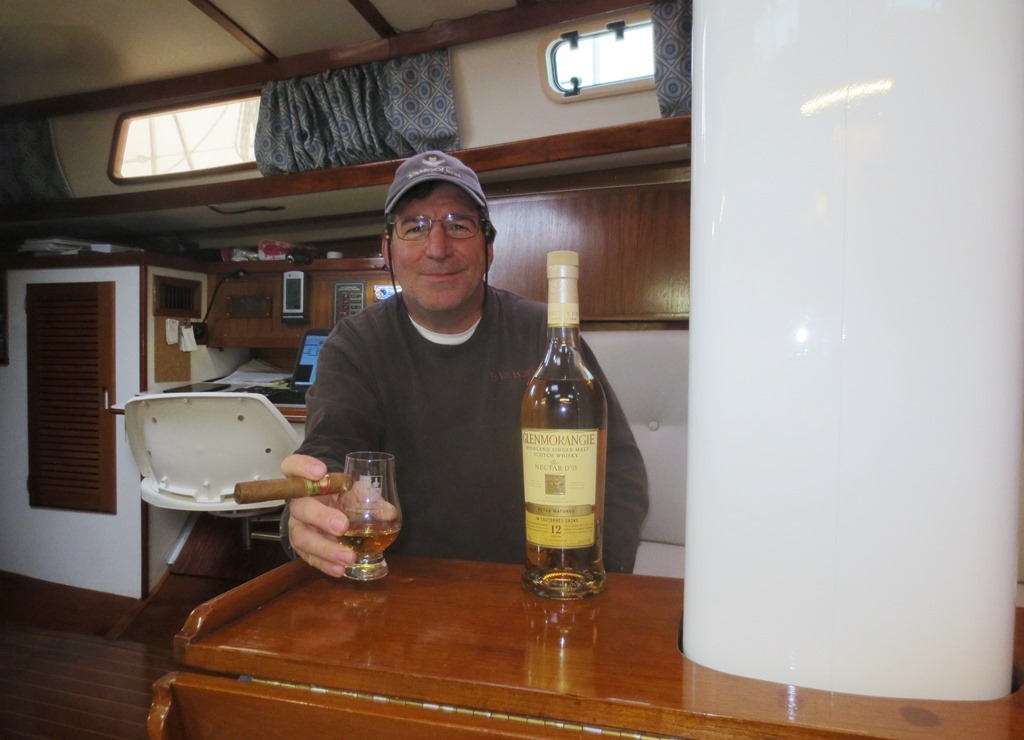 We will be arriving in Charleston tomorrow to hopefully reconnect with some friends we met years ago in the Bahamas and await the arrival of our friends Jack & Kathy from New Jersey. We suspect they are coming for a “health & welfare” inspection fearing we have completely off our rockers with this adventure! Wish us luck with the shoals tomorrow.