As you can tell from above I made it to Day 9 in my “Stop Work Countdown.” It is hard to believe it is nearly here. I remember 500, that we celebrated in the Bahamas on a sailboat. I remember 100, that was in BVI also on a sailboat. Lots of mixed emotions as time winds down. It has been a great experience and the opportunities unconceivable to a kid from Detroit. Going to sea on this countries First Aegis Cruiser, Ticonderoga to helping come up with a way and shoot down an errant US Satellite to now the most challenging job, Captain of Magnolia.  Thankfully I have the Admiral to share this one with! Enough history, the future looks bright and we are so very grateful for the opportunities!

The Hartge Yacht Harbor is scheduled to put Magnolia back in the water on the 24th of April so it has been a race against the calendar. We are certainly not winning but seem to be keeping up! The legendary hatches are expected to arrive this afternoon. We need to apply Butyl Tape (like caulk but a lot less messy) to the frames and then I will start installing them on Friday.

In the meantime there has been a bevy of activity onboard! 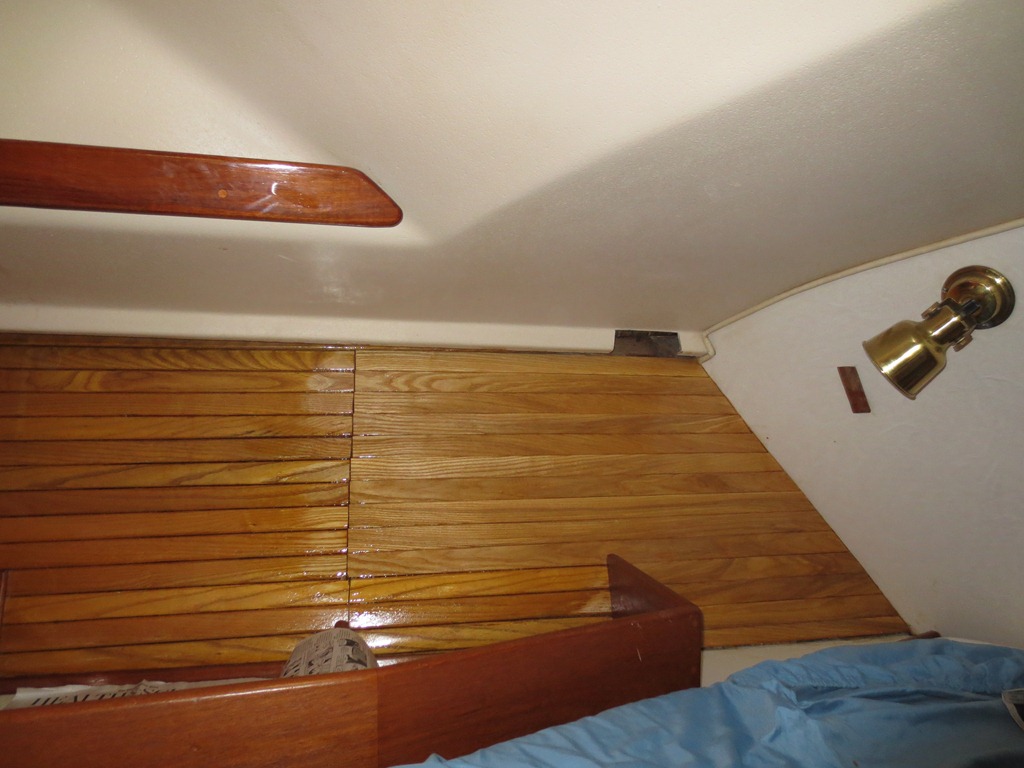 The “ceiling” has been fully installed and varnished. The match is better than I hoped and did not require tearing out the entire bulkhead so that was good. There is shelving to be re-installed that covers most of the bulkhead so I think in the end you won’t even notice the difference in the wood. 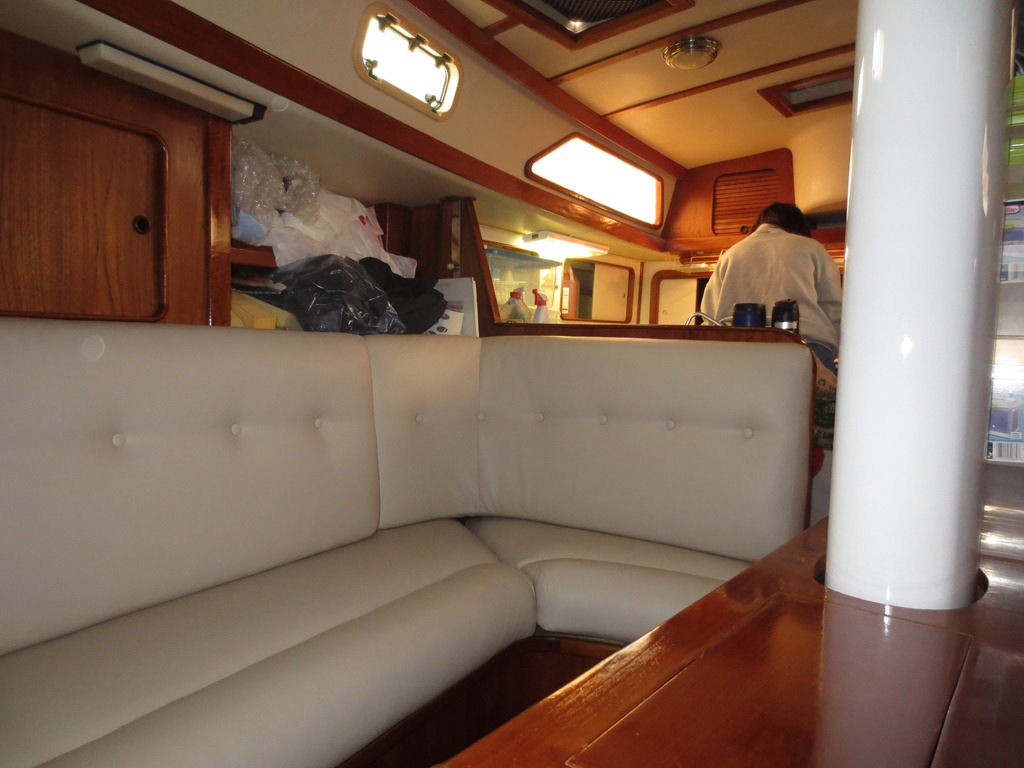 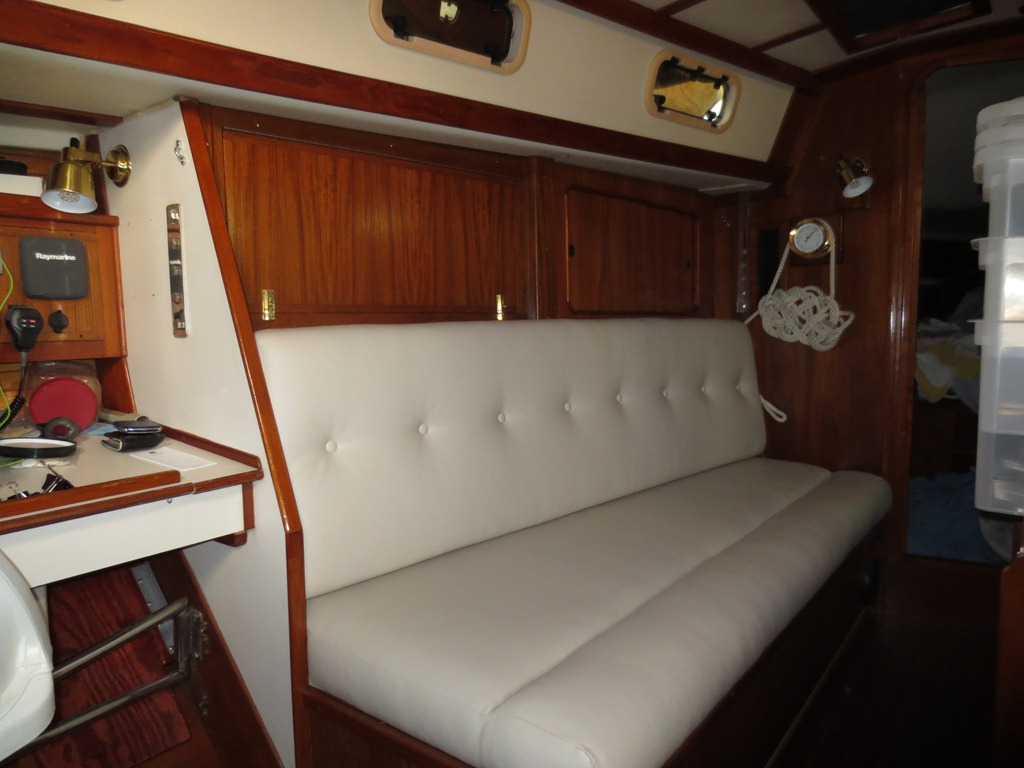 The settee cushion’s were back for a dry fit and George Whitehead of Captain Canvas did a fabulous job with the Ultra Leather. The Admiral tells me the stuff is bullet proof and nearly stain proof. If I ever come up missing, you can assume I spilled something on the settee and was “eliminated” by the Admiral! 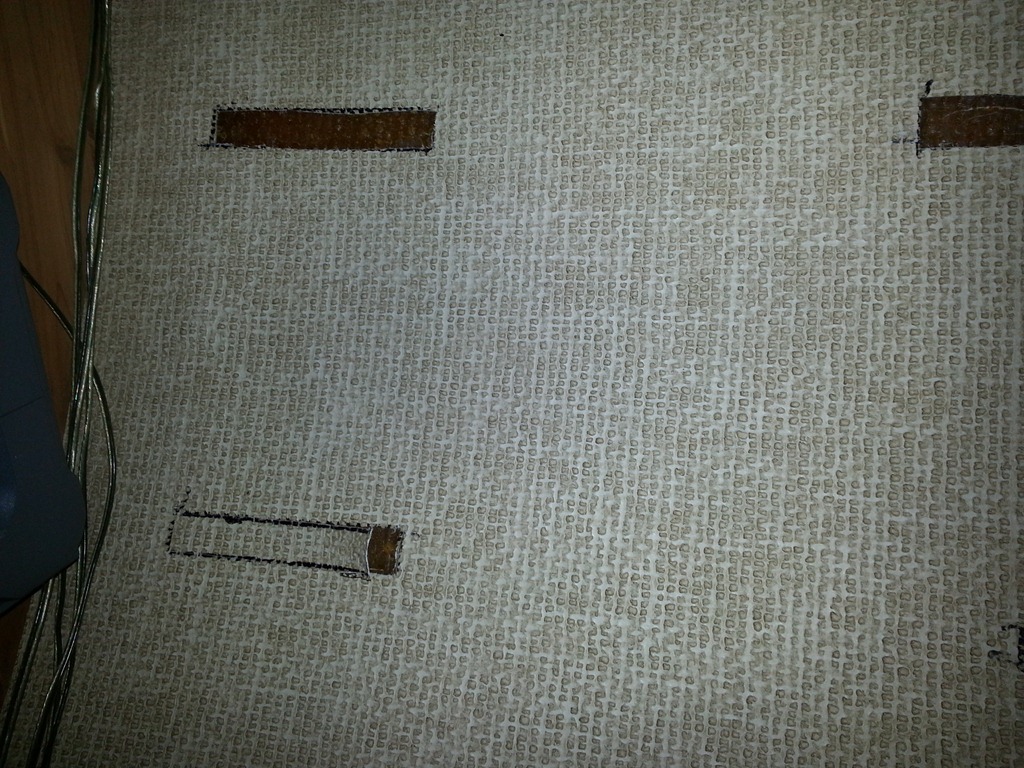 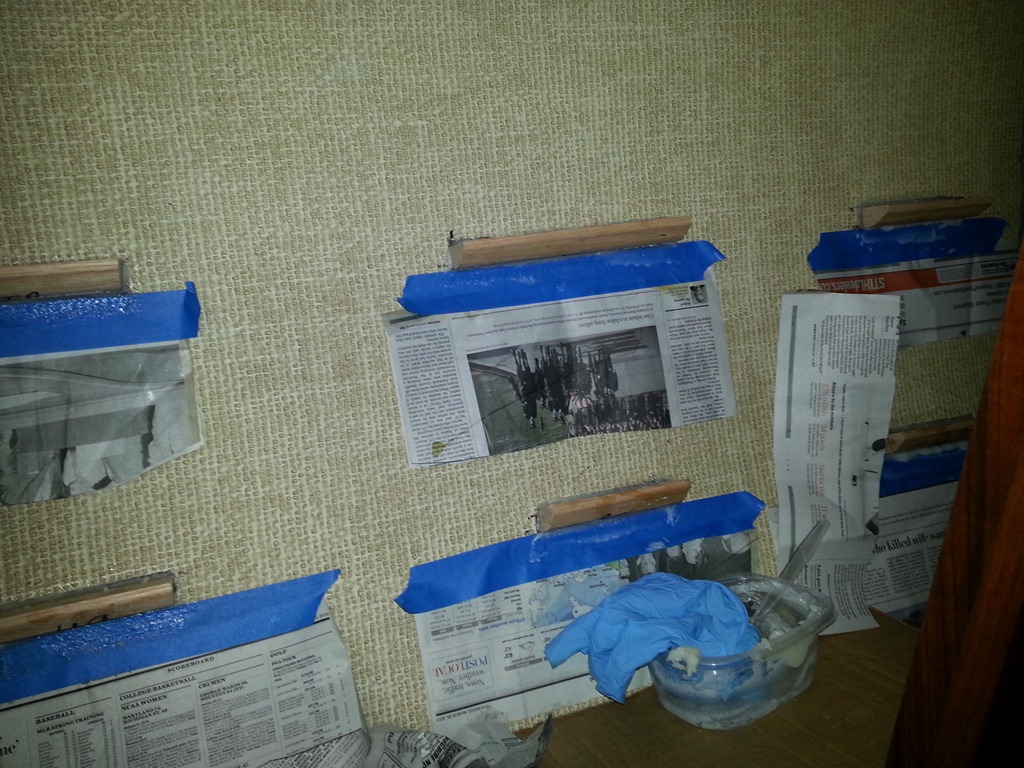 Not nearly as fun as Ultra Leather, but the aft cabin hanging locker is being converted to shelf friendly at the direction of the Admiral, Captain concurs of course! The Admiral suggested Wire Rack Shelves but I initially resisted because of  how to make them work with a curved which backs the cabinet. I will build some suspense with the answer cause I think it might be one of my best ever ideas! In the meantime I used some left over oak threshold material for supports. I used some thickened West epoxy to attach them to the exposed hull fiberglass. After some primer and paint they will be ready for that surprise shelf solution so standby!