The mooring field in Vero Beach FL is referred to as “Velcro Beach.” It is called that because it is so easy to be there. Every needed service is easily accessible. What we found along the way on the Western Erie Canal was exactly same thing…I have to say, the biggest..stet…only reason move on is that its going to get cold!!!! 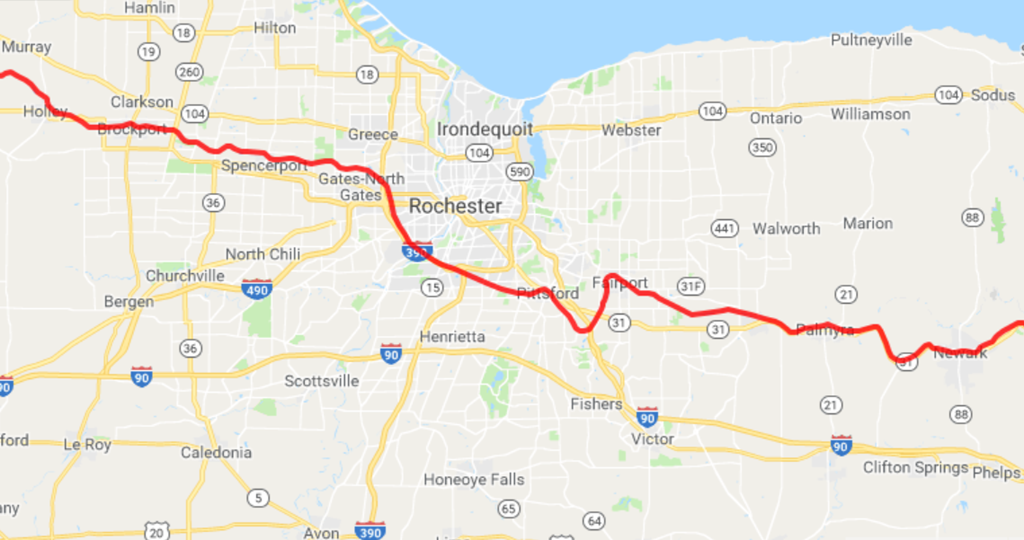 After departing Medina NY we made a short passage to Holly, NY 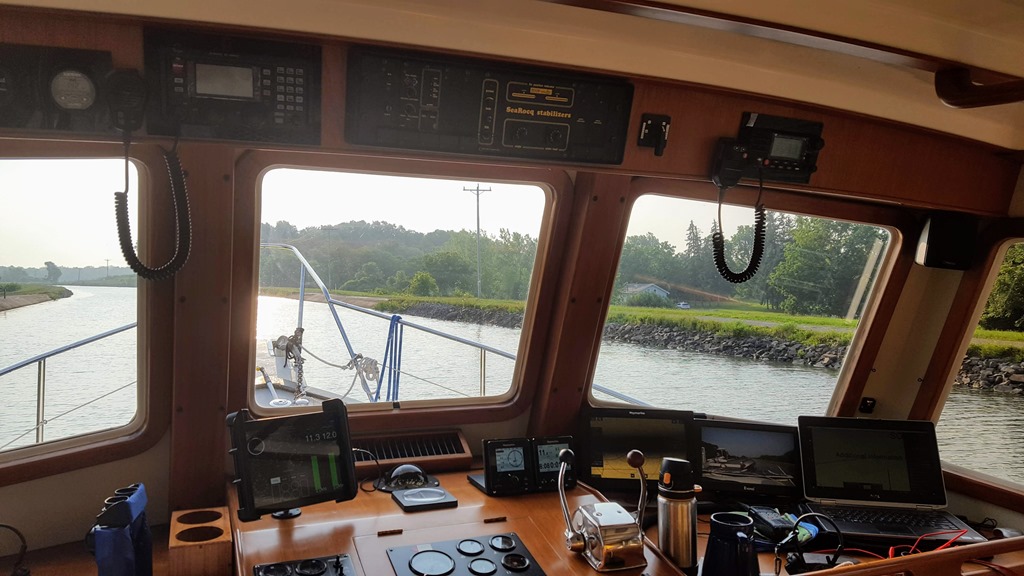 Along the way we moved back to aqueduct mode as we passed OVER a local road. 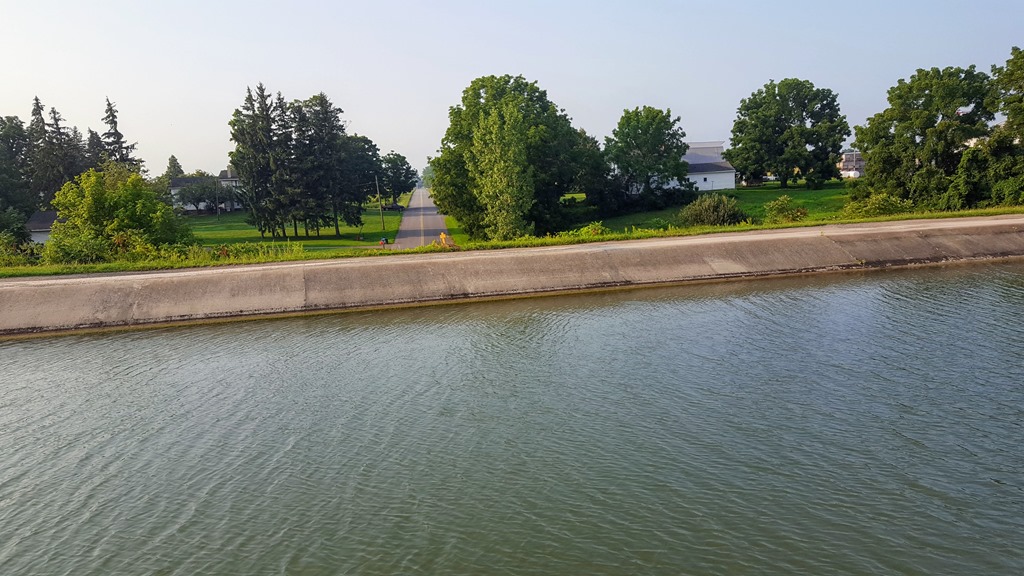 I was also struck by the HUGE amount of agriculture. Not sure why but felt more like Iowa than NY. In addition to field crops  there were a large number of Orchards as well. 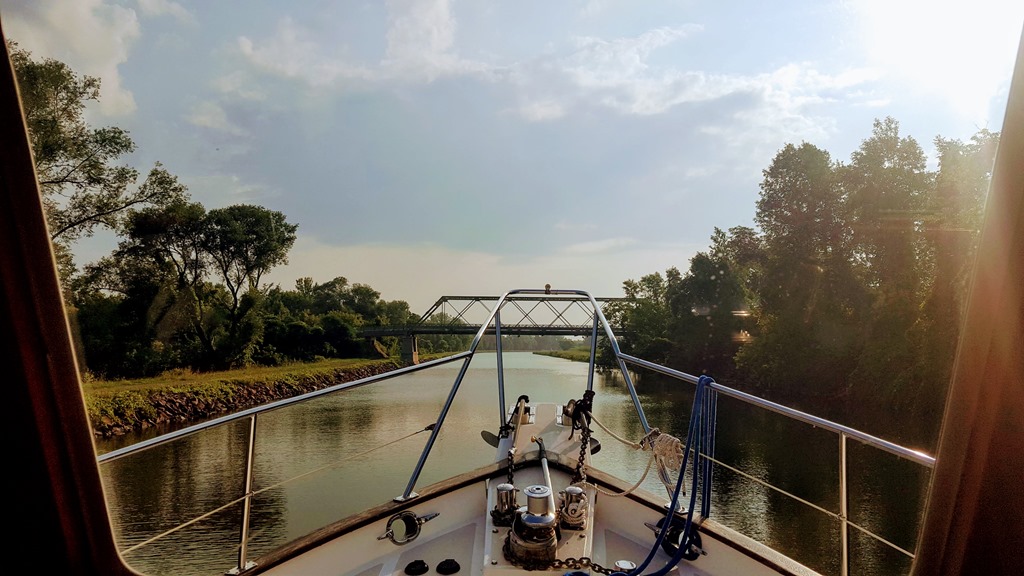 Arriving Holly we were welcomed to a lovely waterfront park. 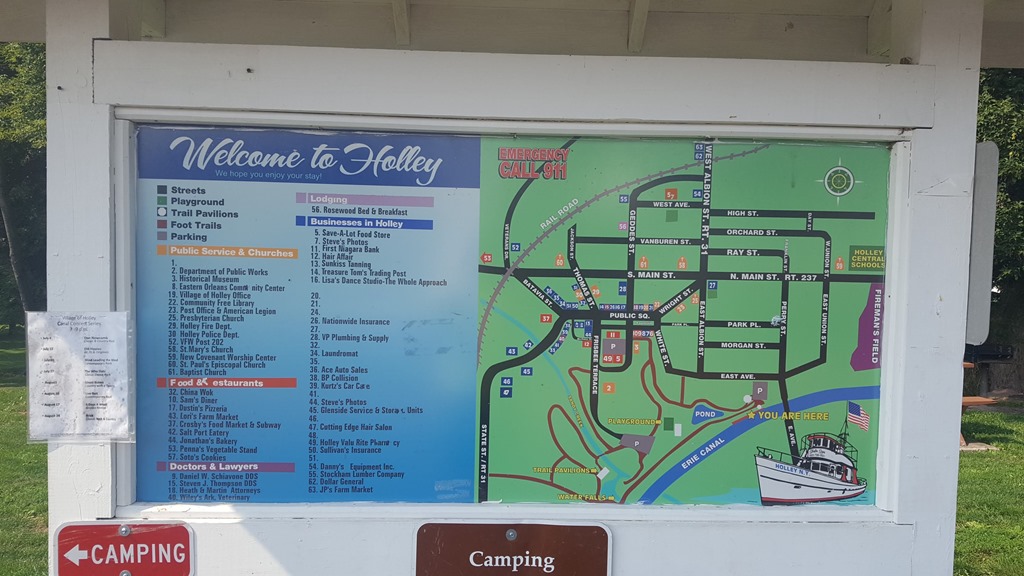 The primary purpose of our visit was the Admiral found another waterfall and as a vessel, this crew does not miss a waterfall. 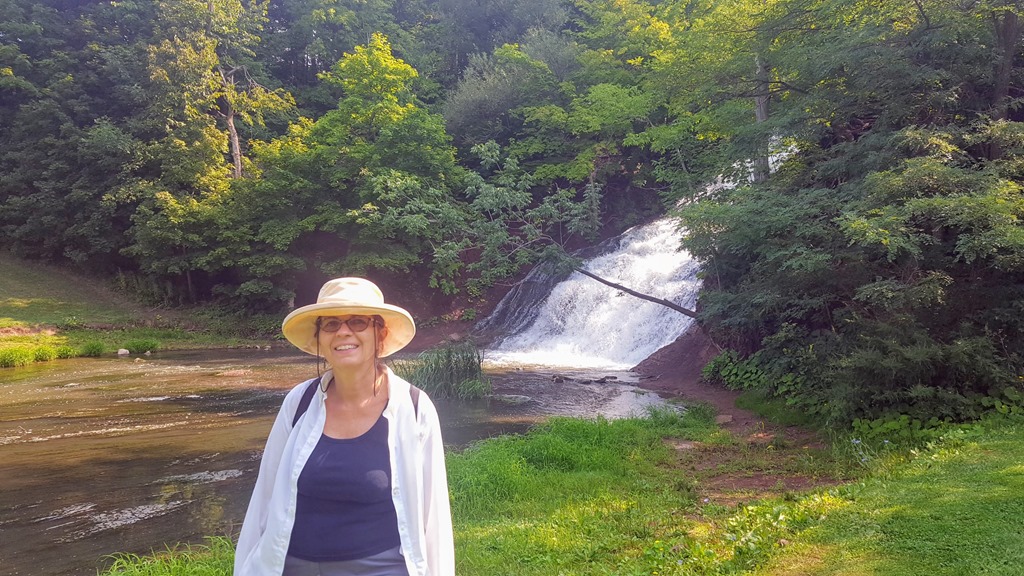 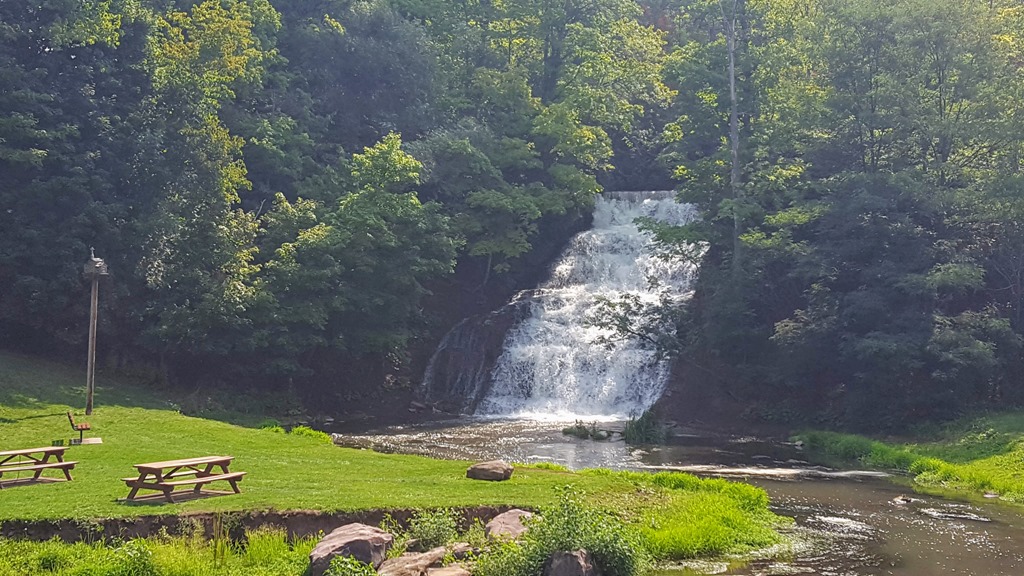 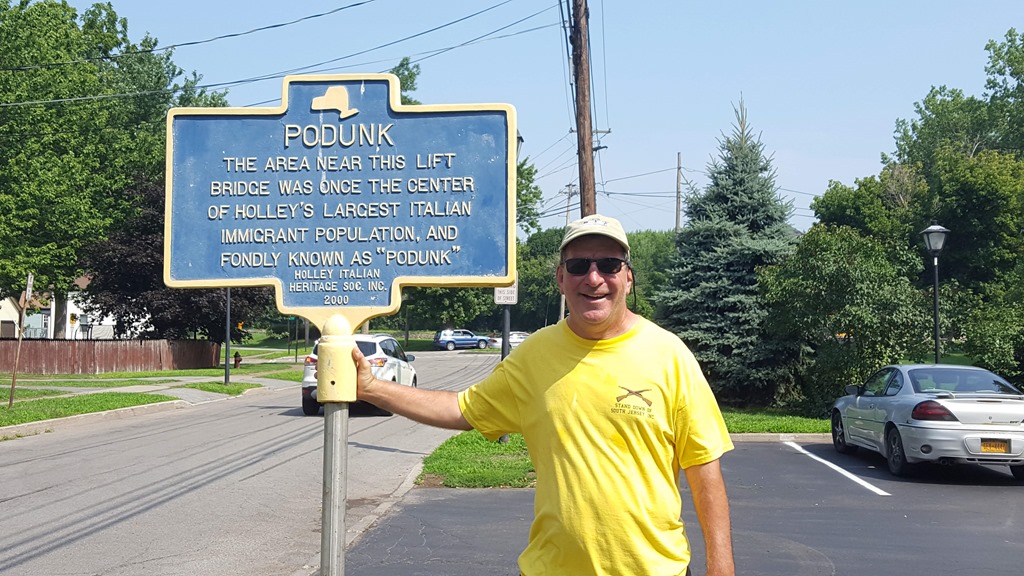 Arriving in Brockport NY, we found the Corning Glass Barge! This time we were tucked up as close as they could us! Not being a fan of crowds we vamoosed on before the crowds arrived. 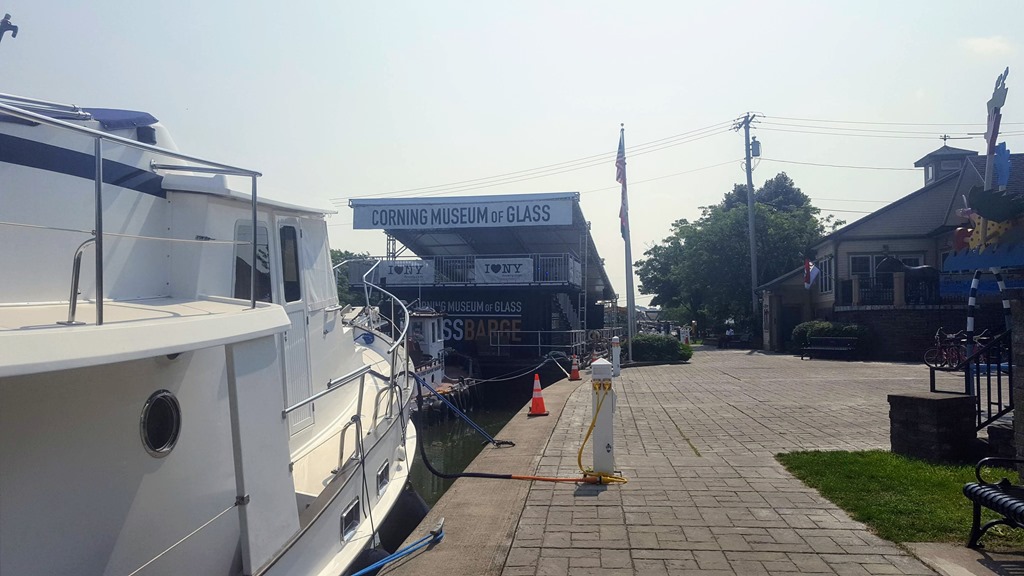 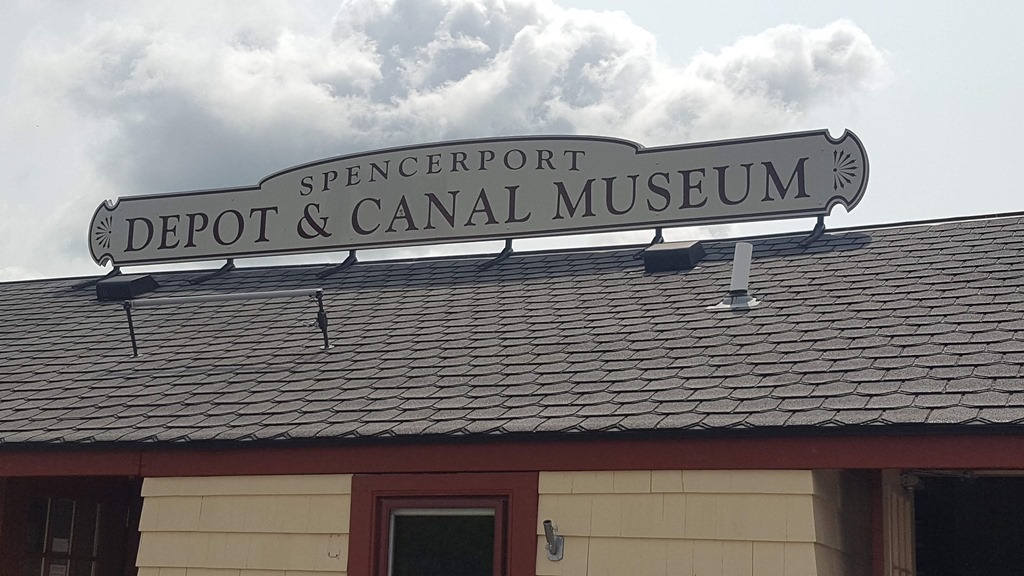 Fellow cruisers Paul and Debra of SV Kelly-Nicole (also a fellow Morgan 44)  were home to visit. We have not been together since we were in Long Island, Bahamas I guess its been 3 years? It worked out that we were able to make a quick stop in Pittsford, NY and pick up Paul and Debra along with their daughters family for a little boat ride onto Fairport, NY 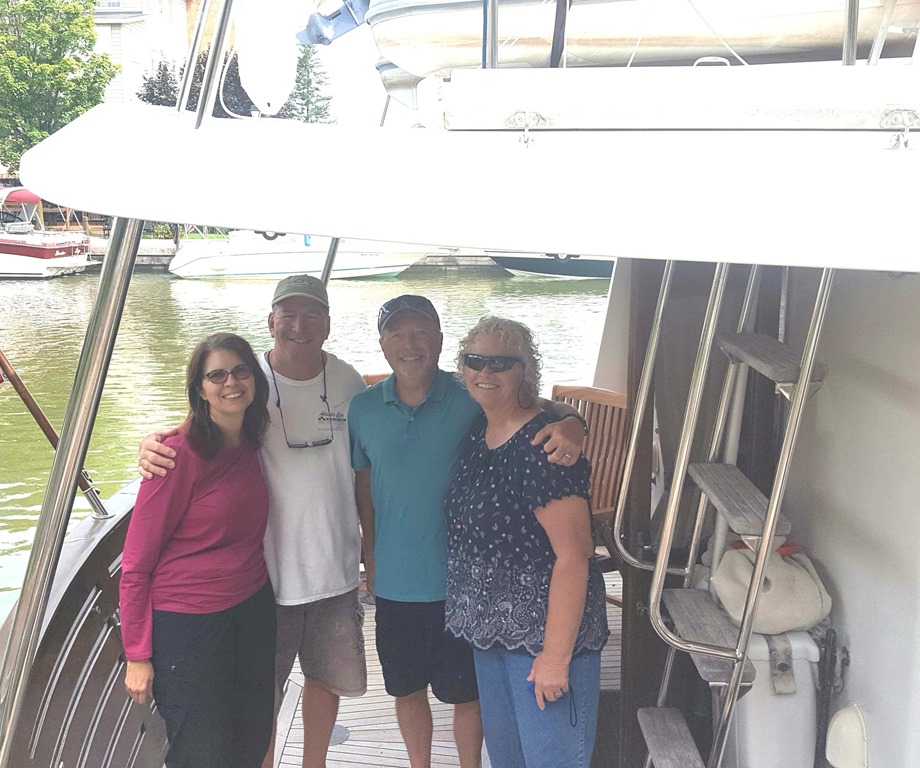 Watching this guy approaching the bridge in Fairport we were hopeful he would remember to turn!!!! 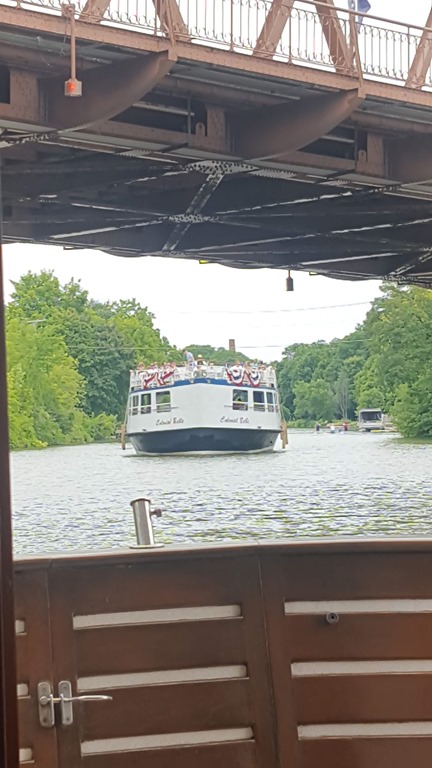 Magnolia moored along the wall in Fairport, NY 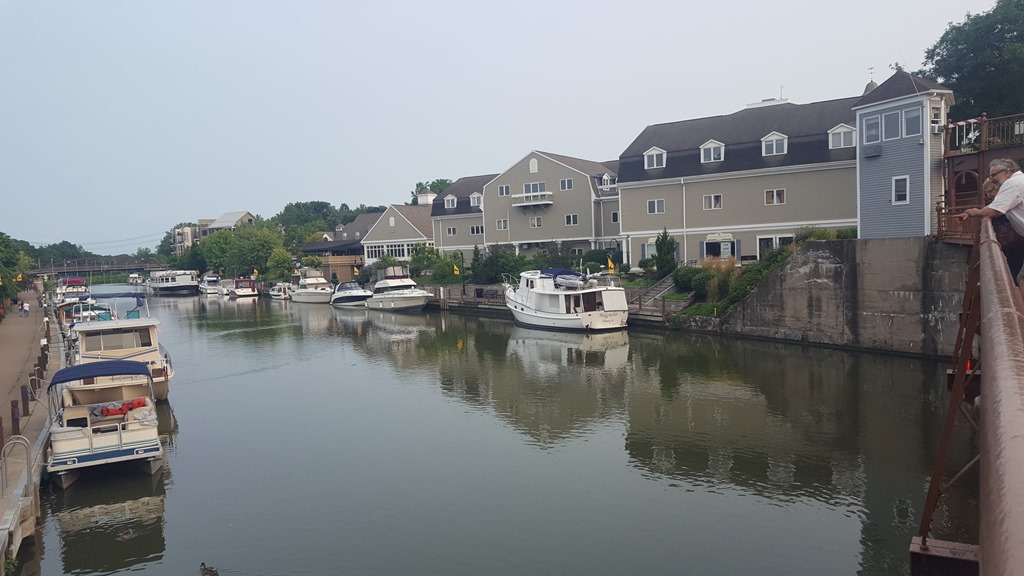 We had a wonderful evening hanging out and though there was a “liberty risk” of Paul and I being out together, there were no law enforcement interactions. 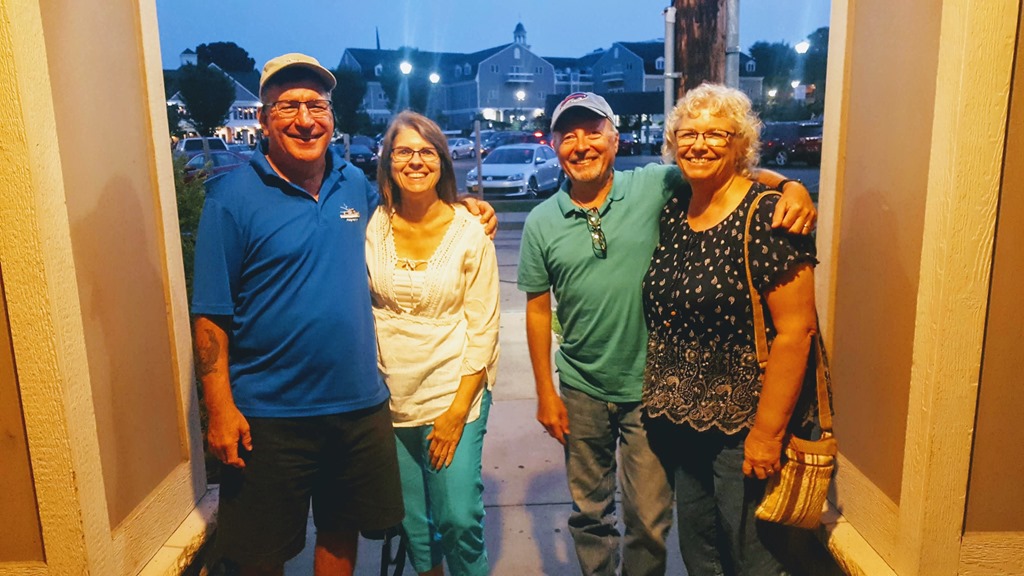 Newark was another one of those quiet little towns with Ice Cream…what is not too love! 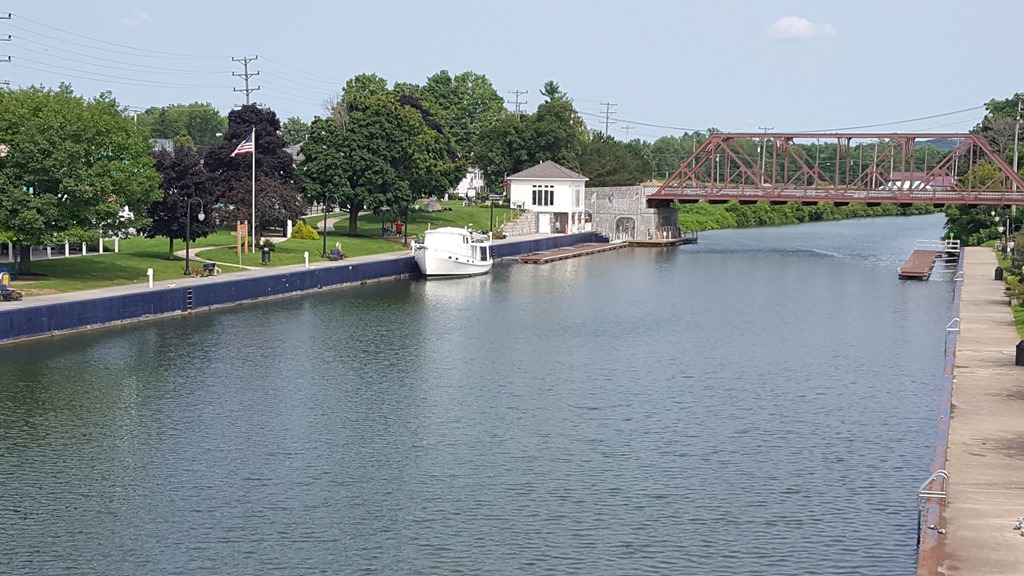 Ok, there was the Hoffman Clock Museum!!! 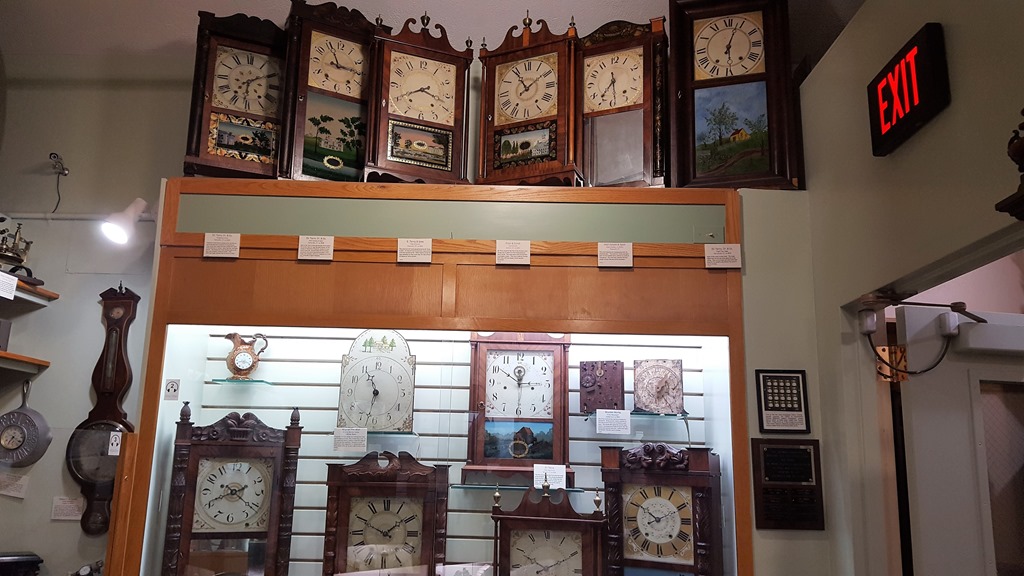 Geek Alert — A while back I got Signal-K server running on an RaspberryPi…I recently read an article by Jeff Siegal (ActiveCaptain) about a moisture sensor project he was working on. That inspired this…a micro controller based current sensor for our solar panels. Below is the initial configuration based a on Arduino microcontroller. There are current sensors (5) for each bank of our solar system along with a 12v-5v buck converter. So far I have current being measured and fed into the micro-controller. I have a Wifi module on the way so the current data can sent via MQTT to the the RaspberryPi and the Signal-K server. Once its in Signal-K the data will be available on the Magnolias whole network. Just a little something to keep the brain exercised and maybe something useful will come out!!! 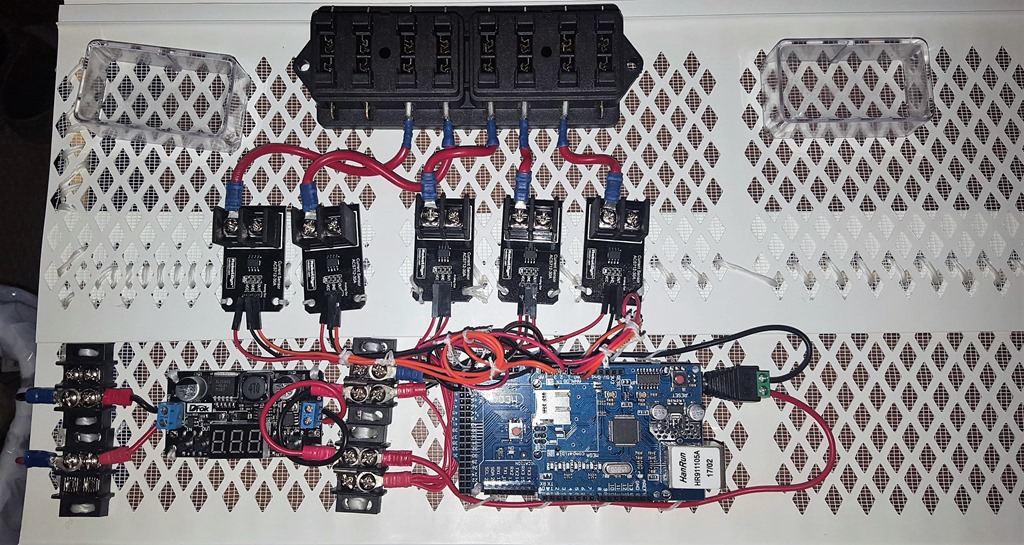