We were bold enough to pass through Bobcaygeon the day before Canada’s 4th which is actually on 1 July. Bobcaygeon is known for there houseboat RENTALS….yes RENTALS. Yes, we fear “credit card captains” We made it unscathed and found a kind of quiet corner of Sturgeon Lake to hide in for the actual holiday. It was a fine day and we did our part to help Canada celebrate. 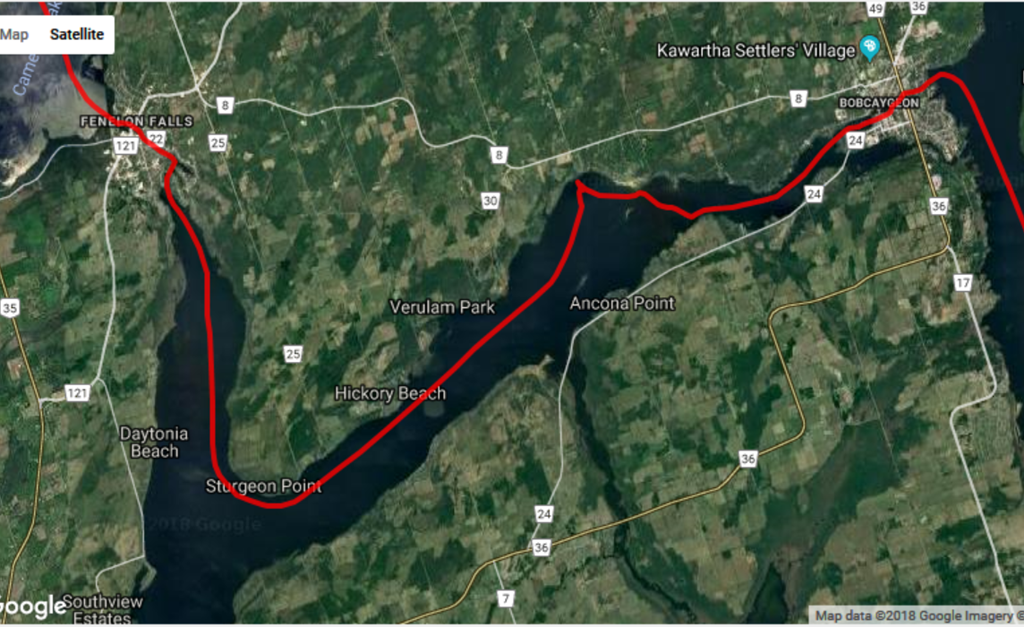 The next day we went to went down to Fenelon Falls site of the great boat flip….it seems on Independence Day someone went through the lock…ties there boat to the side and as the water departed the lock, the boat flipped right over. Thankfully no one was hurt and little fuel was spilled. Fenelon Falls turned out to be a real joy of a spot to visit. Many Canadians take vacations and cruise the Trent Severn on their small power boats. We were as interested in their stories of places to visit and how they did it. On hot days they swim right off the boat in in the canal right in the most urban of environments. Us Americans would tend not to do that but the water is so pure it is amazing.  Side note, we had not taken fresh water on Magnolia is a couple weeks and there was a hose so thought great opportunity. I have a mter to test the water before we put in the tanks. When Annette asked how it was, I said they should bottle this stull…60prts per million!! Crazy clean 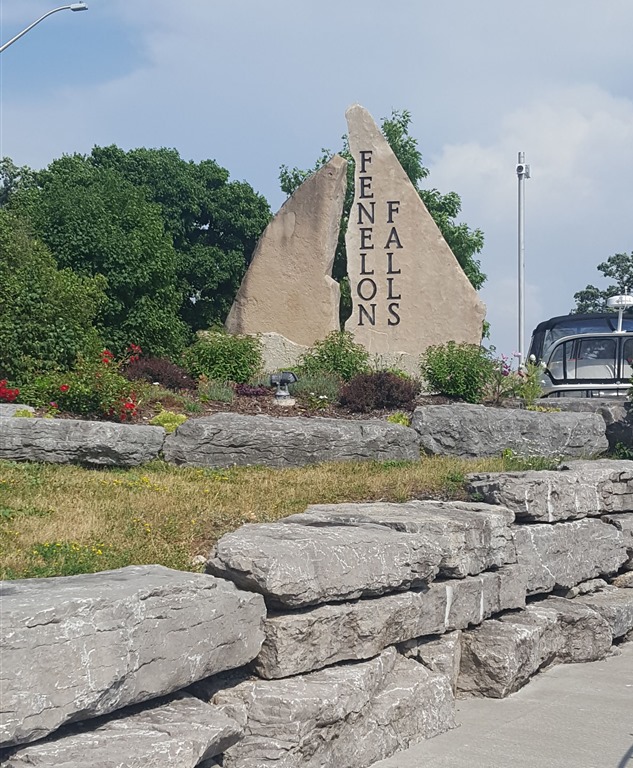 A spillway near near the lock. There is a lot of adjustments to be made in this system to keep the electricity generating, the locks working and the water at the right levels… 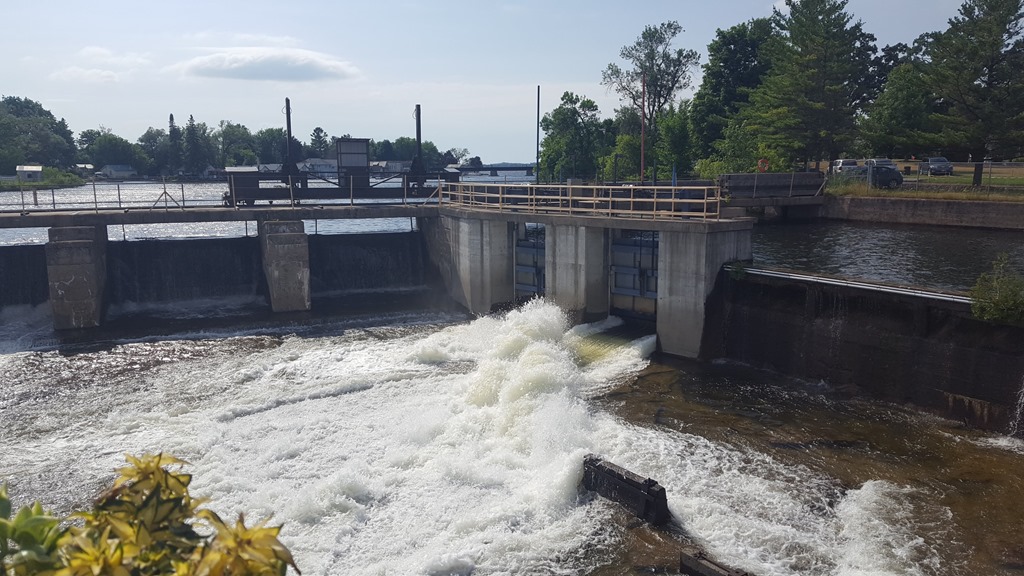 Note to self: this was a damn good beer 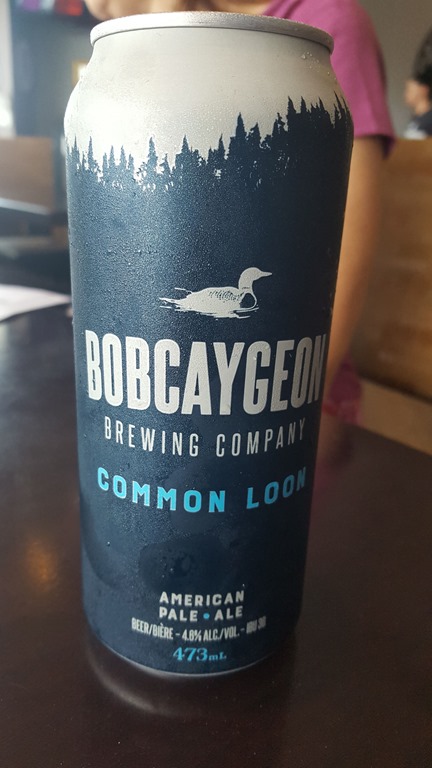 Kirkland like Peterborough is another lift lock…its a bathtub on a elevator. They open a side of the tub…you drive in…they close the side of the tub…they lower the tub, Magnolia inside down 65 feet. The only thing I am thinking is….please don’t leak! 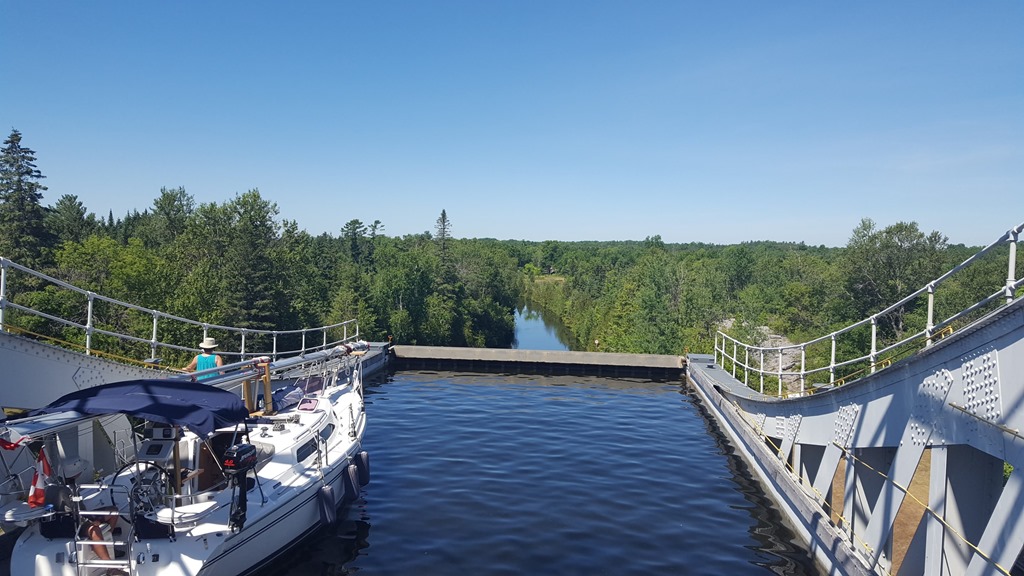 Many of the canal locks are around small towns and villages. There are others though out in the middle of no where. This lock was one of the nicest evenings we had. You might think that is Magnolia but no it is one of our sister ships named “Erben Renewel.” We had met them once before when we had the sailboat but no one could remember where. It took 2 days of VHF conversations to nail it down. It was like 3 years ago in Onnsett, MA. We live in a very small community… 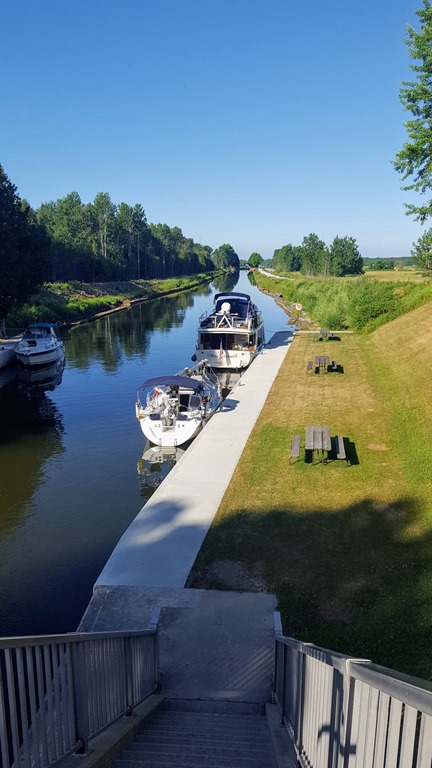 This hardware must be years and years old yet, they use it every time to fill and empty the locks. I have no idea but I would not be surprised to know it goes back to the early 1900s 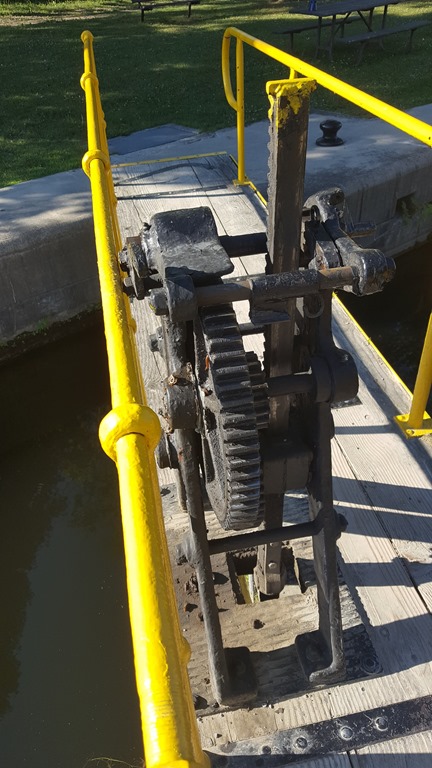 This is how they open and close the gates. It takes 13 laps around to open the a single gate. These interns end up with strong legs…its real work 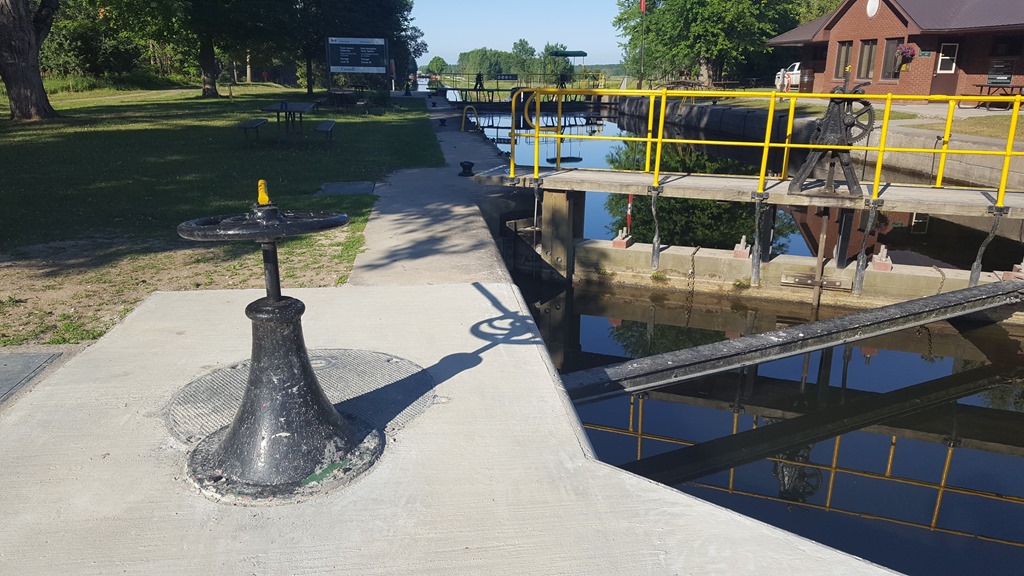 The second from last lock is the Big Chute…its actually a huge rail car that you drive your boat onto…they pull the car out of the water, up a hill and down the other side of the hill and back into the water. The boat in front waiting to go.

There he is loaded up and going up the hill.. 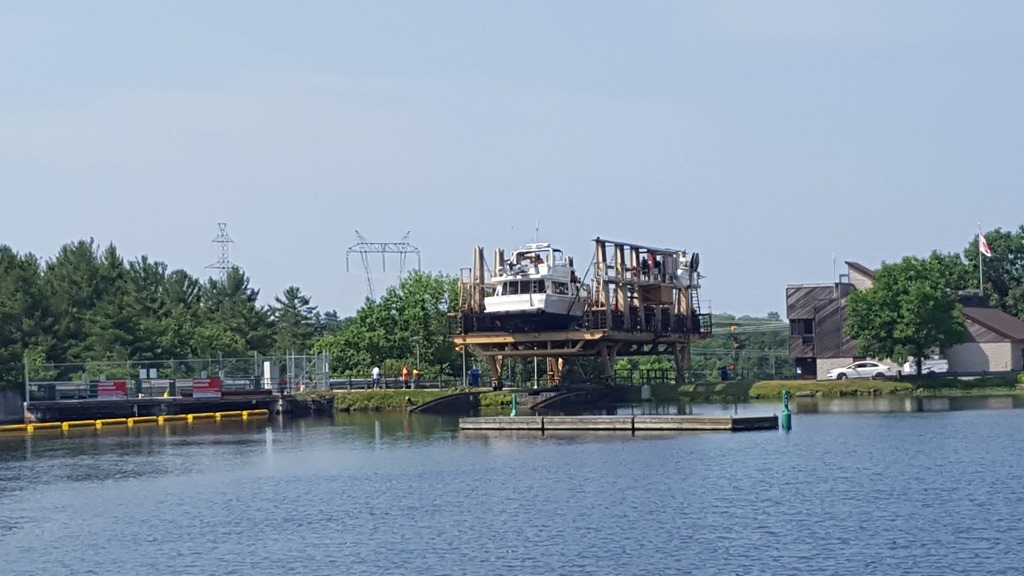 Here the front view from Magnolia as we are on the car and going down. Yes it felt like the top of a roller coaster and we were about to plunge down…no kidding 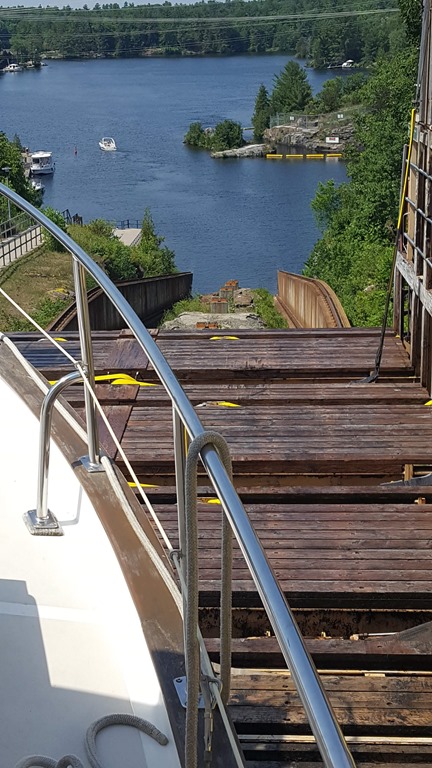 Here is a picture from the stern as we are going down the hill towards the water…. 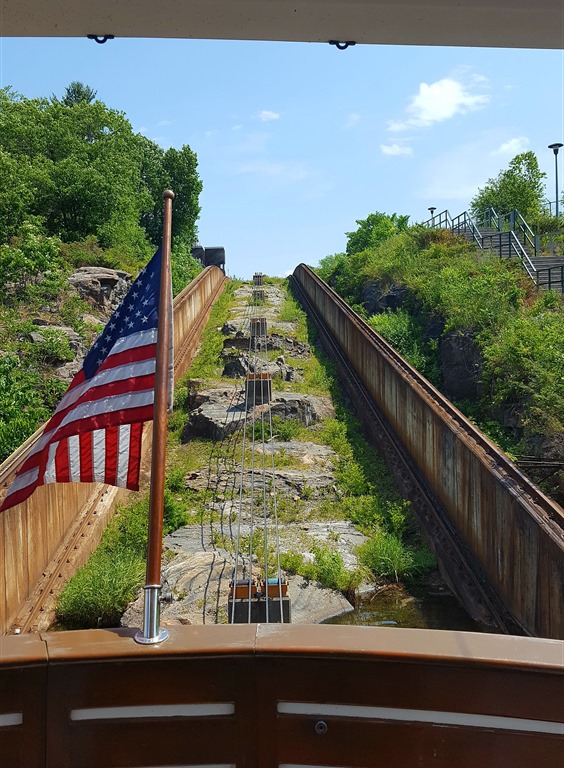 The route messed up a little…we exited the canal system at Severn Ontario and headed across the 19 mile bay to Pentatang. We were glad Magnolia is the boat she is. It was really the first time we had really poopy weather to travel in. We had wind on the nose and a solid chop had built up. We were happy to get in because it was our first meet up with cruising friends in Canada 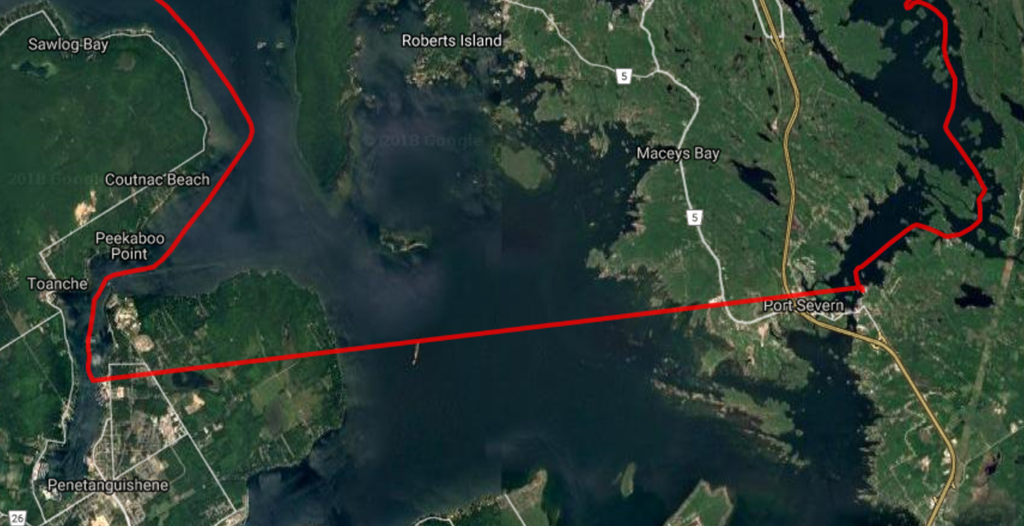 Copper Penny we had not seen since Georgetown, Exumas. They were anchored next to us the night of the 2015 Derecho..crazy night. Paul and Paula were sailors and recent came to the trawler world on a Defever 40. We visit with Paul and Paula in Stuart last winter. 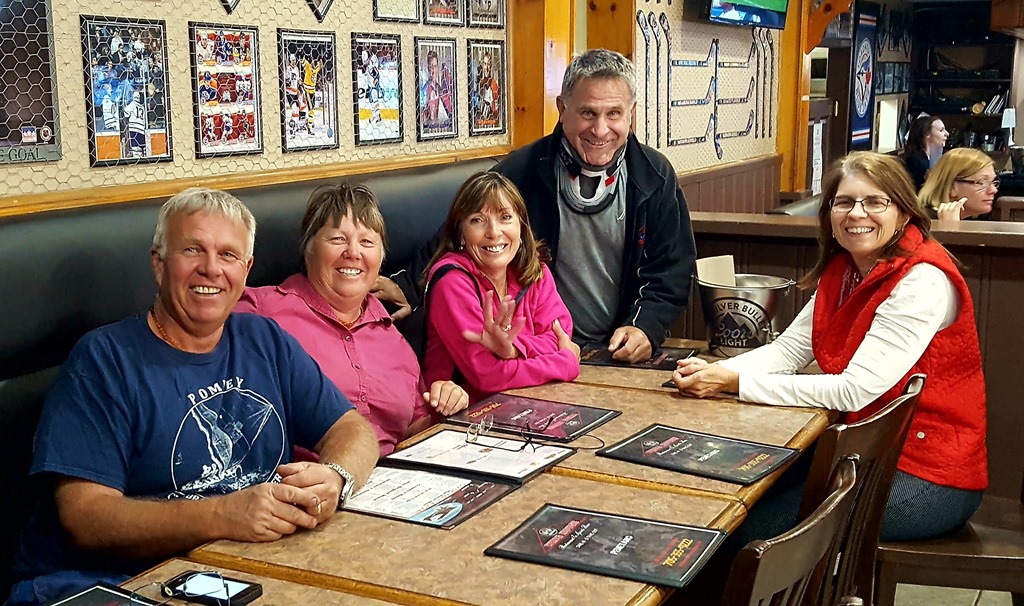 Magnolia was off the dock at first light since we had a very long passage…upwards of 70 miles. 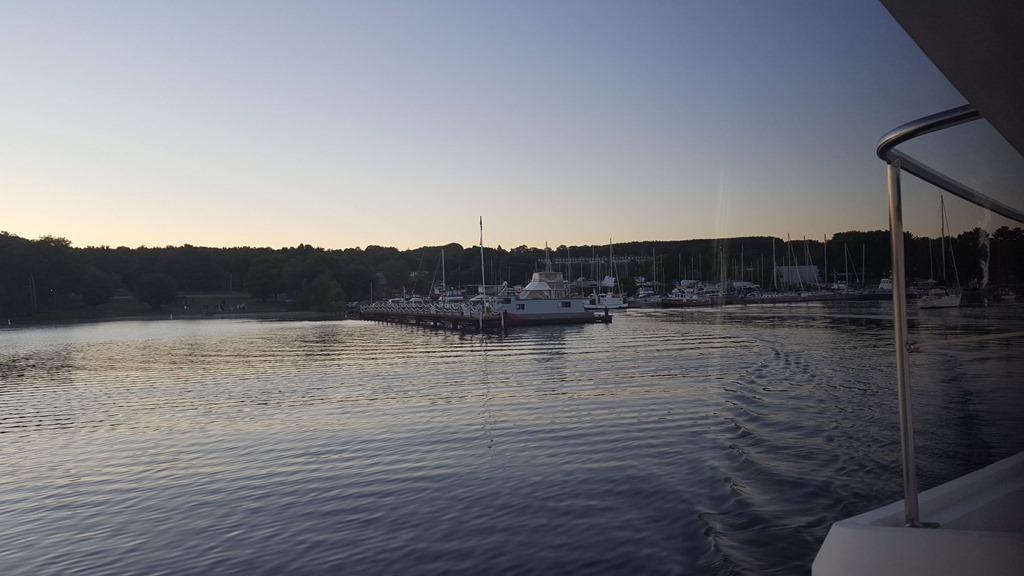 The passage worked out perfectly…it was a long day but the weather was perfect. We were headed to the top of Bruce Point on Georgian Bay. 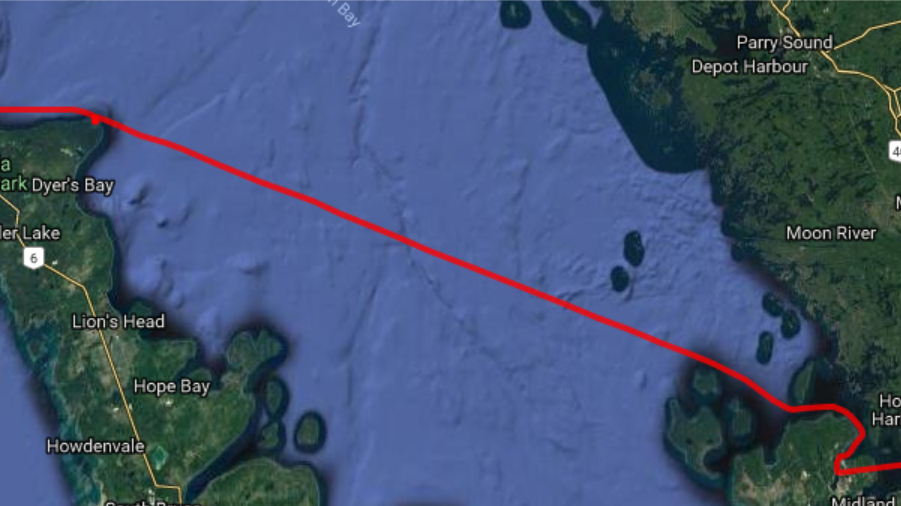 The area had a real feel of difference from our normal cruising grounds. It kind of felt like Maine but without the saltwater. The colors were so vivid and the water so clear it was amazing. 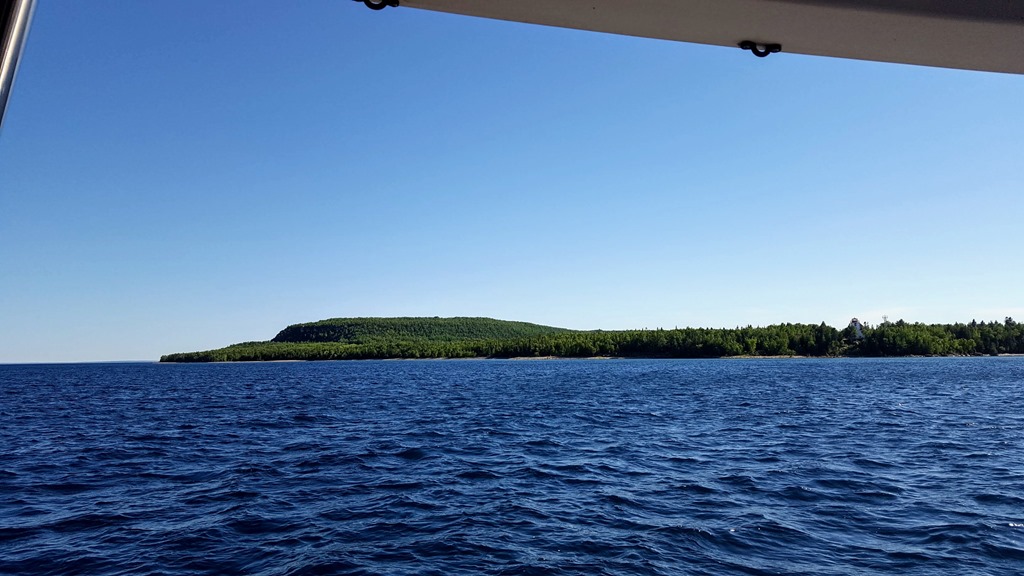 This lighthouse is abandoned now but you can see the replacement tower light next too it. We hiked to the lighthouse from our anchorage. 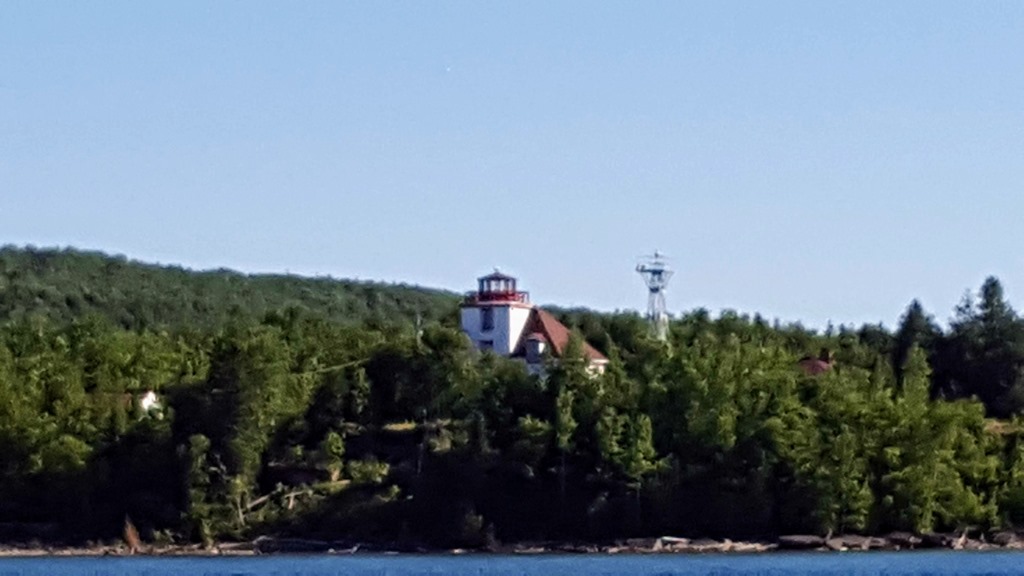 The top of Bruce Peninsula 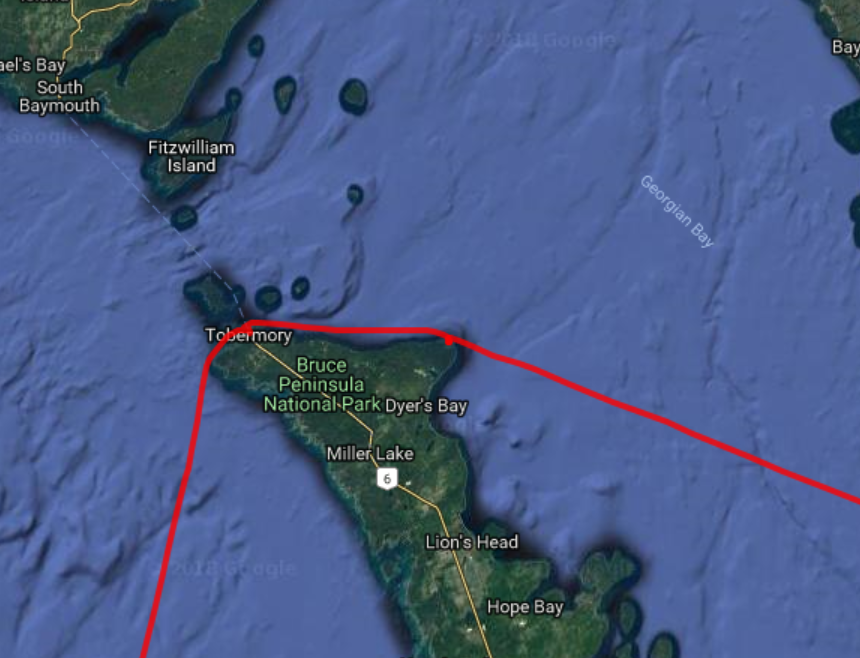 Wingfield Basin is an perfectly protected anchorage in the middle of NO-WHERE we could wait out an expected front for a couple days. 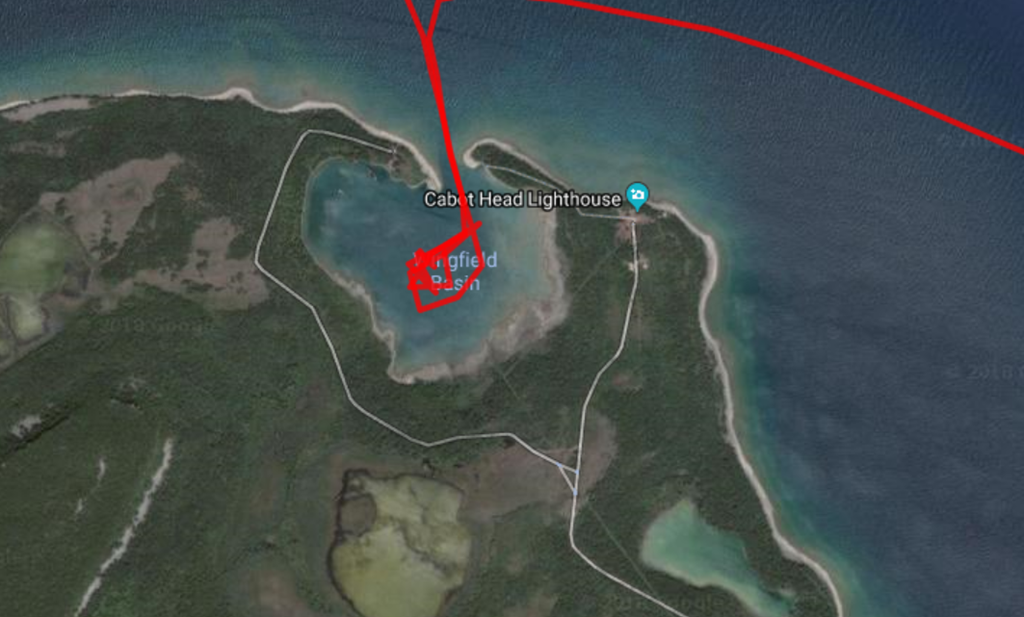 A few chores, some relaxation, a cigar and an empty scotch bottle marked a wonderful spot. A couple notes, that bottle was opened some time in ‘17 and yes there is a spare! 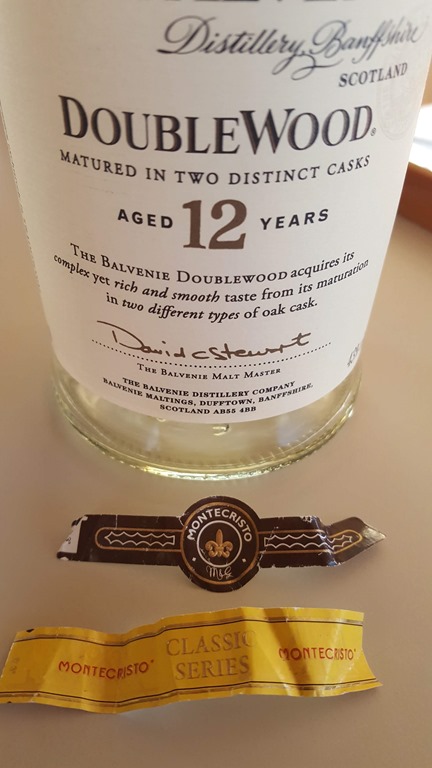 When it was time to depart…well lets just say there was about a bale of grass on the anchor. Took nearly a half hour to get the Rocna aboard but it was sad to go. 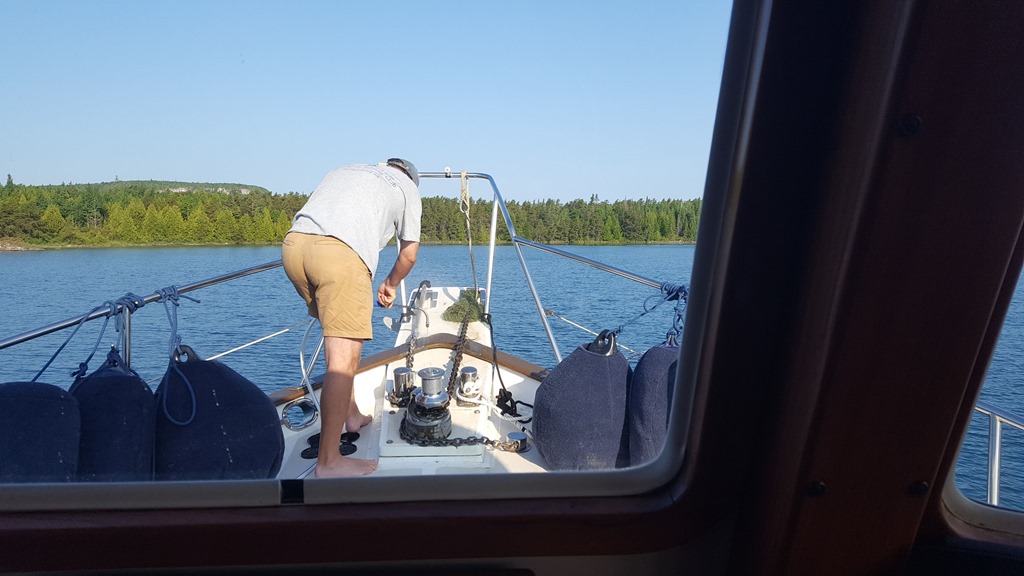 We really did enjoy these stops. The visit with Copper Penny and Change of Pace was wonderful. Coming up..Tobermory and Huron