We generally stay clear of religious questions on this blog and this post is the closest we will ever come. Anchors are one of the most hotly debated issues in boating.  Let me state first, I am only saying what WE do on Magnolia. I am not telling you what to do, only that this is what WE do…..First of all on Magnolia the sailboat we used a Rocna 33kg (55lbs) and loved it. It set quickly and ALWAYS stopped us from floating away. We did loose the anchor and all the chain once (http://a2baker.com/magnoliablog/?p=5679), but that’s another story. When we purchased Magnolia the trawler she came equipped with a 75lb CQR. We missed our Rocna though and at the last minute before leaving Stuart we dropped another “boat unit” for a Vulcan anchor. The Vulcan is made by Rocna specifically designed for the bow a of a power boat. When I purchased the Rocna I always regretted not getting the upsized 35kg (73lbs) model. Magnolia-M is equipped with a hydraulic windlass and as my friend Ron on Mandala says: “I want the bow of this boat to be underwater before that windlass quits.” Thankfully we have that windlass, and enough boat to handle the Vulcan 40 (88lbs). I confess, I considered a 50kg (121lbs) but even I thought that might be getting carried away! In the end we went for the biggest, best anchor we could carry. 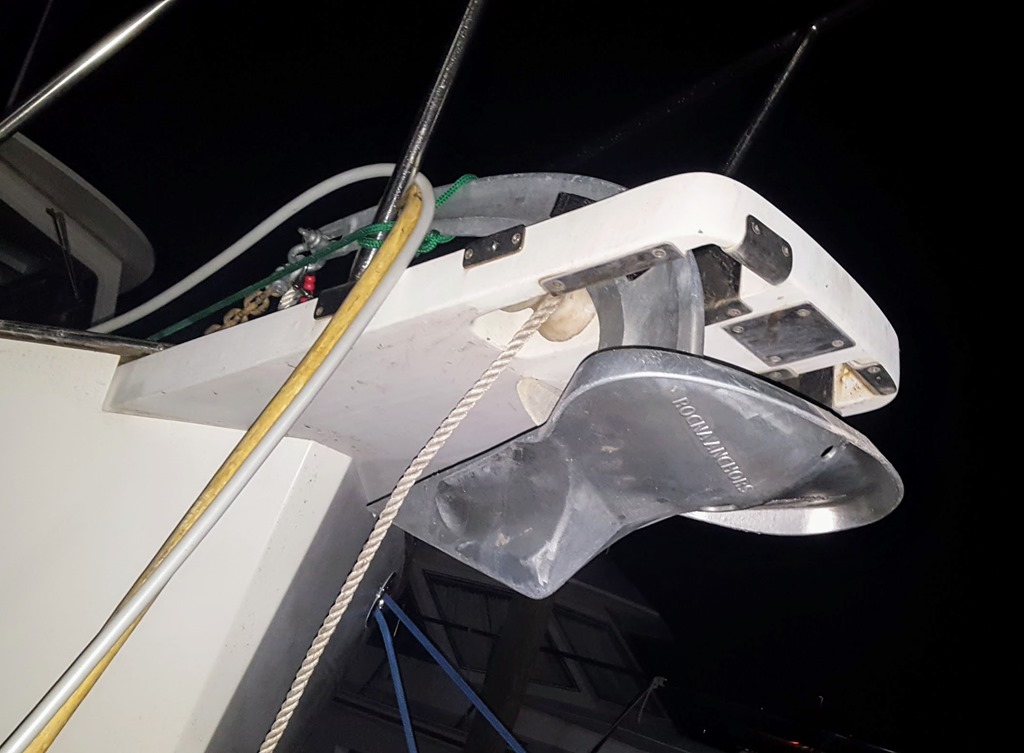 I purchased the anchor at West Marine and wanted to pick up some fresh shackles to install with our fresh anchor. I picked up the only ones West Marine had and off I went. After returning aboard and doing a little research I realized I essentially purchased junk and here is why. Magnolia-M is equipped with 3/8 inch G40 chain. This chain has a safe working load of 5400 lbs. To attach the anchor I use a shackle one size larger than the chain, 7/16 in this case and then a 1/2 to connect to the anchor. 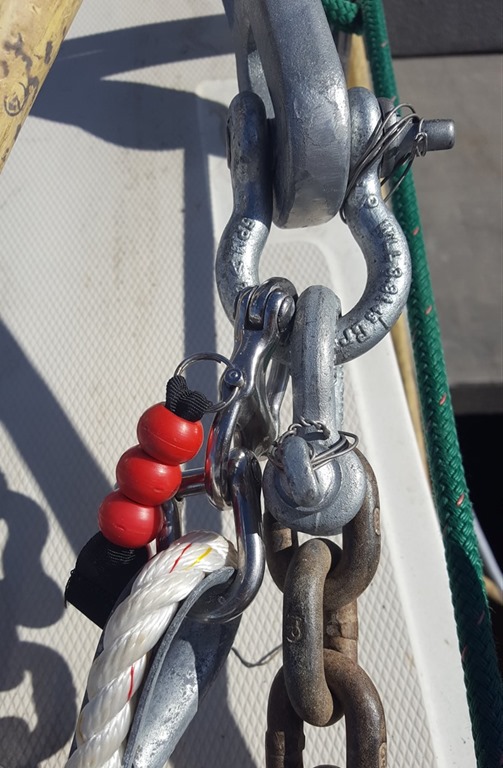 Sadly I discovered the West Marine 7/16 anchor chain shackle only had a safe working load of 3000lbs. Nearly 45% lower than the chain!!! That’s just nuts. It was not long before I got hooked into Crosby shackles which I learned is a highly regarded manufacturer. The Crosby 7/16 shackle has a safe working load of 5880 lbs which is more than the chain. That is what I consider success. 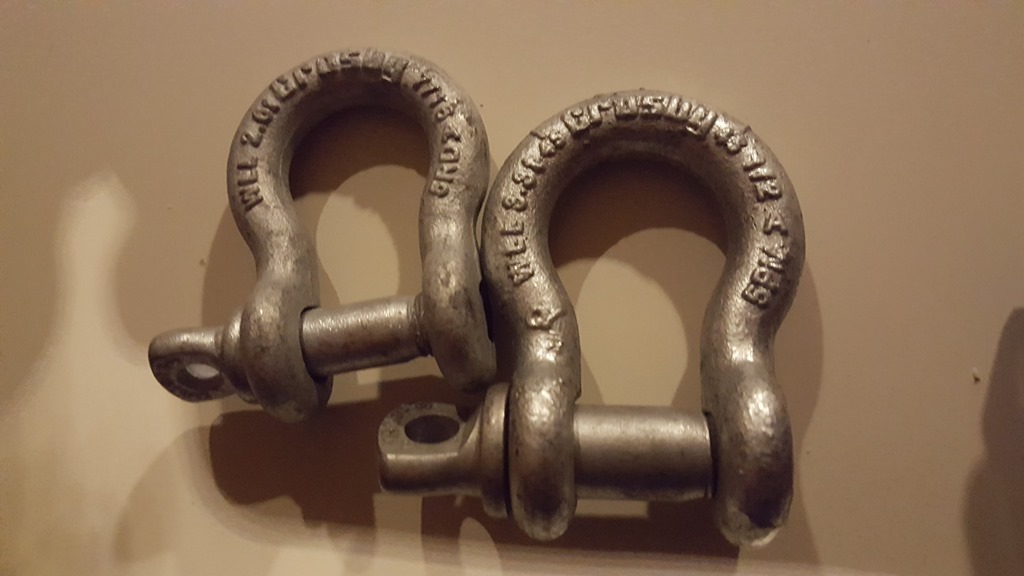 I almost missed this safer shackle which is why I wanted to share this brief update, hoping that you don’t either!!!