So for the last 6 weeks working in the engine room the floor boards have made we crazy with these big freaking holes in them. I went to our carpenter showed him and explained I wanted to make some caps to cover the holes. He immediately went over and dropped an empty Rotella Oil Pail….oops….yes the holes are there to hold and secure pails of oil. An oil change for the Main and Generator takes 9 GALLONS so storage is going to be a issue or at least a question. Thank you Ray for not laughing at me!!!

One of the small projects was replacing the fuel tank sight gauges. A couple of .98 cent yard sticks from Home Depot added a better assessment to amount aboard. Each tank hold over 300 gallons! 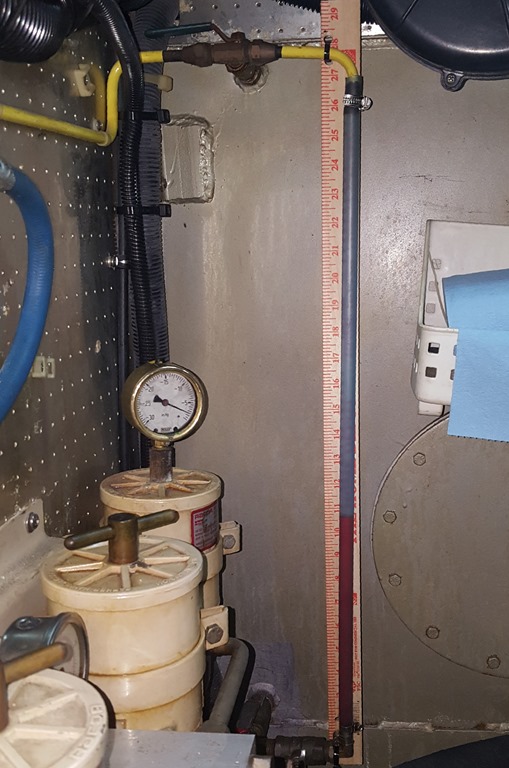 Mid week I made a quick trip to Annapolis for Magnolia-S survey. It was an in and out trip but on the way home to Florida. I suggest the lack of smile is simply the hour, 0630 on the plane after a 0330 alarm back on Magnolia. The survey went well so we will hopefully get this deal closed.

In the old days whenever I got an upgrade on the way home I ordered a Baily’s and Coffee for breakfast to celebrate. It seemed to be a tradition worth continuing! 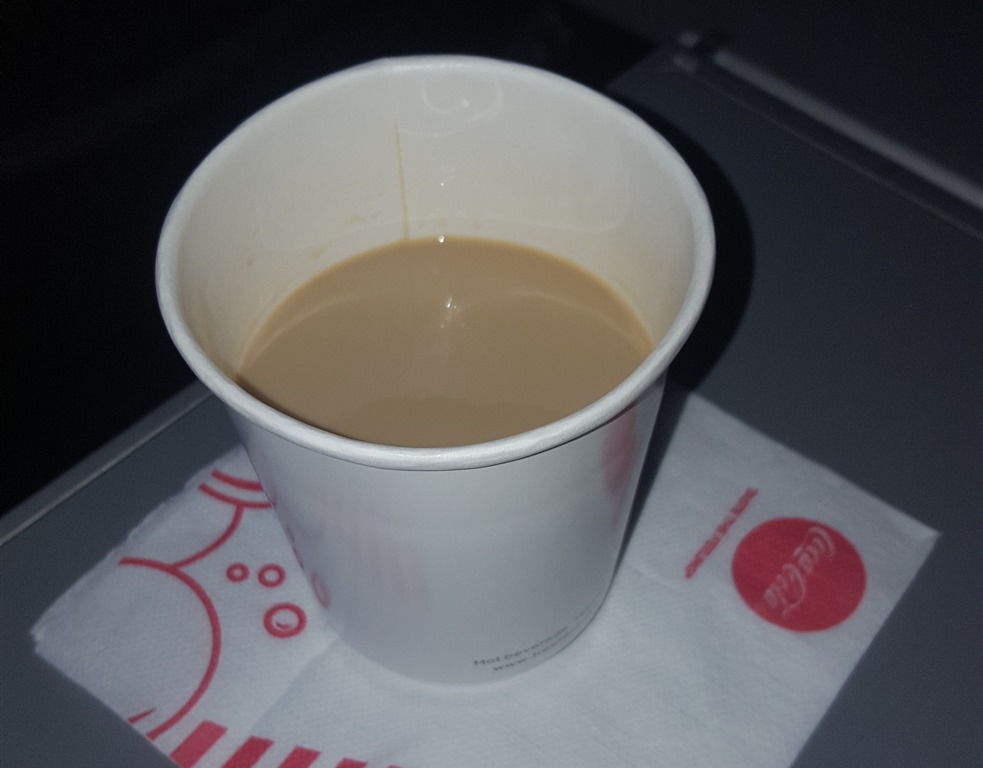 Pulling wire is like making sausage, neither process you really want to witness. After going at it with a pair of dikes in hand, the right things seem to still be working.  Next will start on pulling the new wire for the electronics we will be installing.

In my absence, the Admiral continued her sewing and finishing up the duvet for the bed. 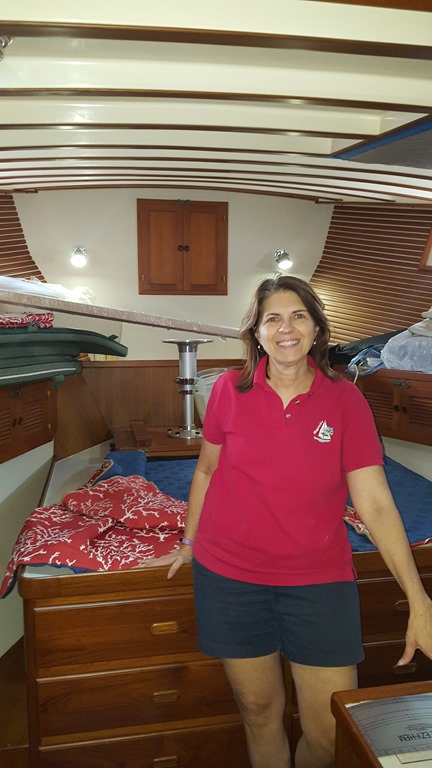 One side is dark blue, with a shell pattern

The other side is a coral pattern

These pictures did not come out well, but will give you an idea….. 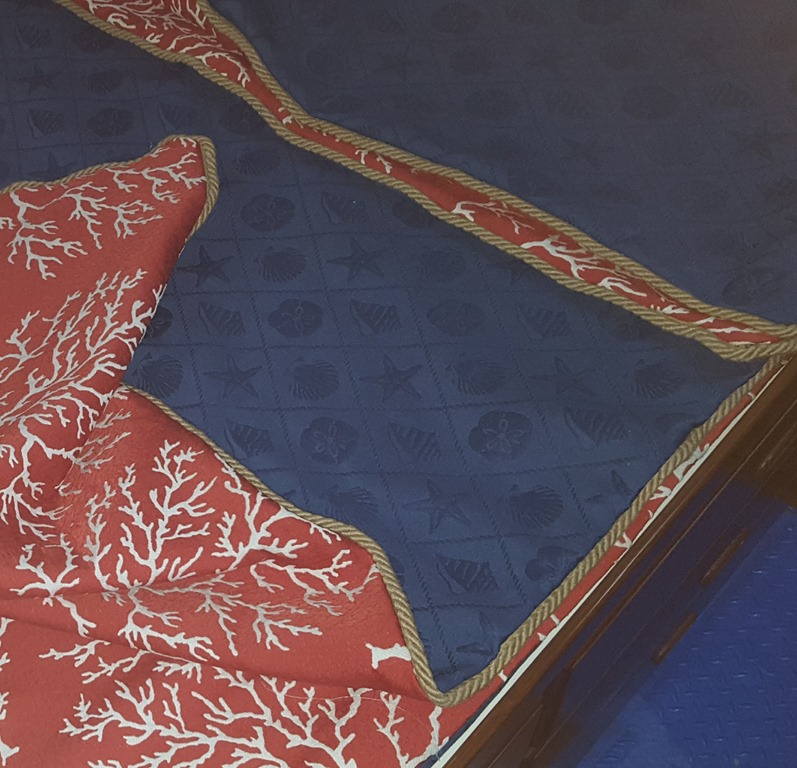 To finish the week up I got the head finished with the shower apparatus and the shower curtain rod installed. Obviously cleaning the port-light lens has not yet been accomplished! 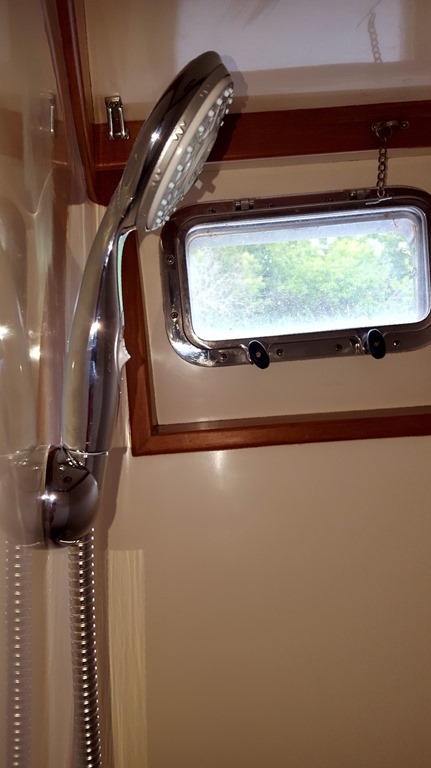 Hope you all have a good week! Be Safe!