These weeks in Florida are bringing back memories of summer spent in Pascagoula MS during Navy Days..pleasant early mornings, warm to hot morning followed by a passing shower. These showers alway render a very dramatic sky. 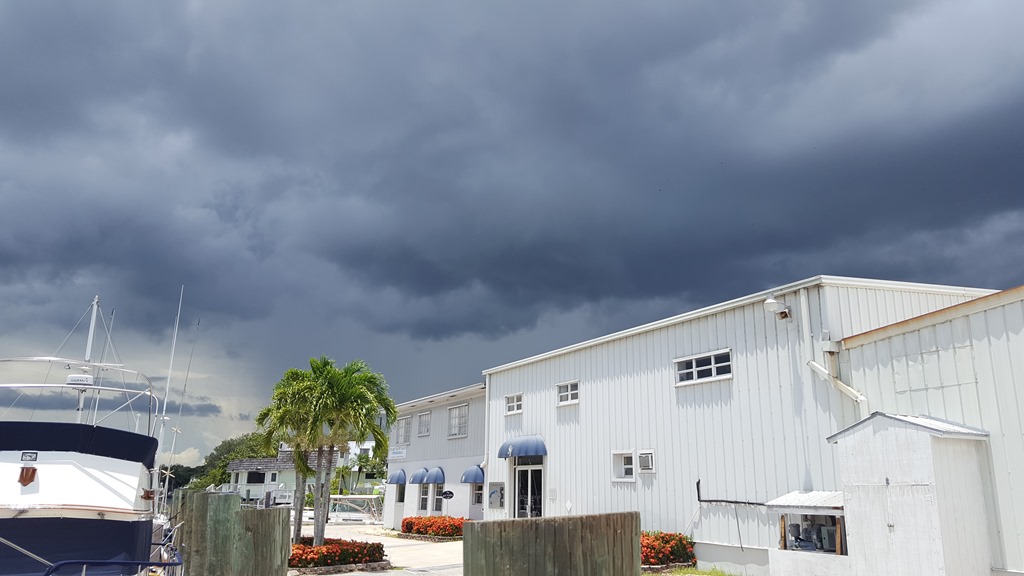 Big news this week is Annette knocked out sewing the first two curtains for the Pilothouse. We each have opinions about color and fabrics so we retained a local “arbitrator” who helps bring us together on color and fabrics.  We did the same thing on the condo, the sailboat and now the trawler. In this case we retained East Coast Home Staging (http://eastcoasthomestaging.com/). Robin Antonelli  has been great to work with and our marriage appreciates it. 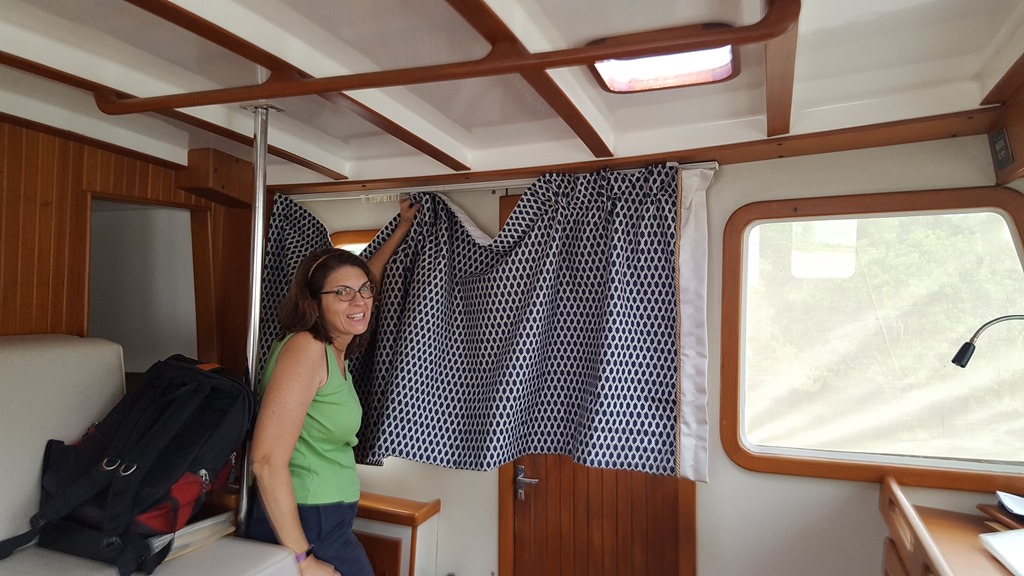 These are the first of many sewing projects Annette has ahead of her. As she has done before, she will make this our home. We are both excited about the color how Magnolia will end up. To that end I was warned there were 50lbs of fabric arriving on Tuesday this week…its going to be be beautiful…if we don’t sink!! Much more to come on this subject and hardy thanks to Robin Antonelli! PS Thats a temp tie back!

If you are looking for pictures of anything interesting you have already seen those…well except maybe our friend “Red” actually this guy is “Yellow” but that dang things are everywhere scampering around ALWAYS! They are always neat, polite and dang if they are eating bugs, I love them even more. Have not seen any bugs since we have been in FL…well except for the wasps that tried to build a nest. Thankfully to my experience with my friend Jack, made short order of that nest…ok now we are done with the interesting pictures… 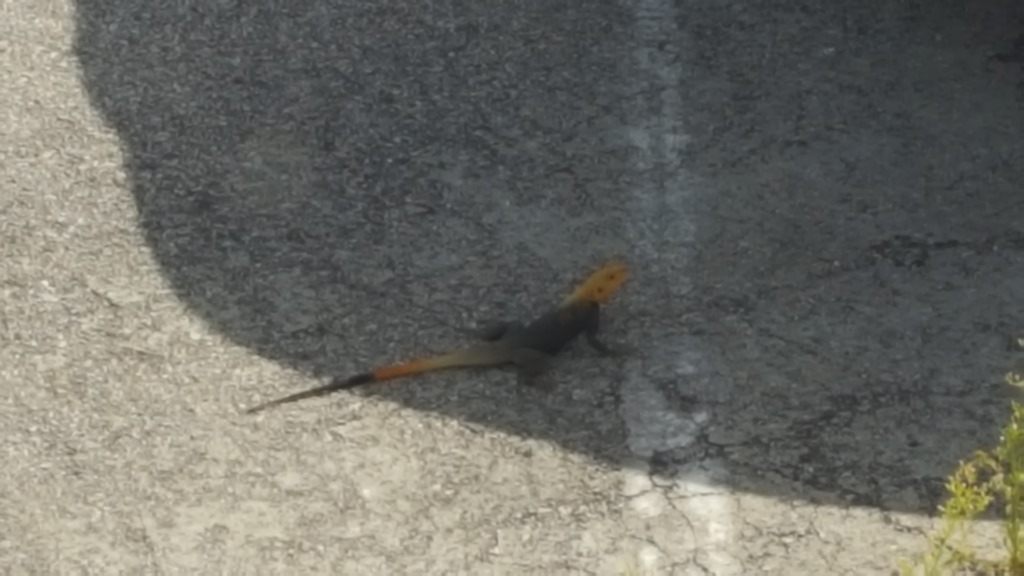 Like I said, not much to see but I did get the old head (commode) out of the boat and pulled up the base plate (no pictures…intentional). 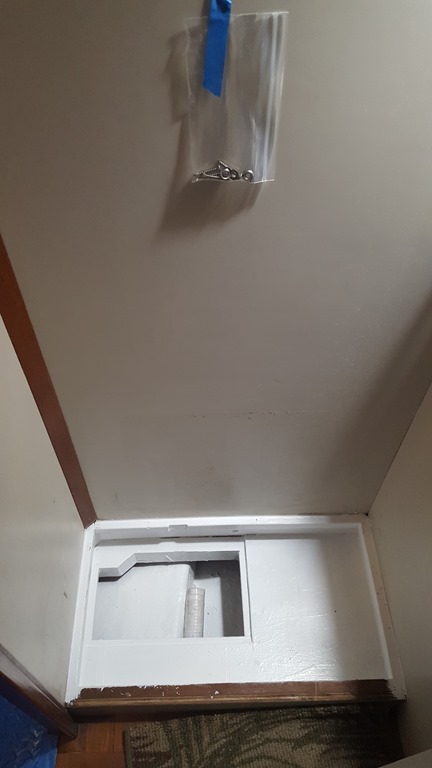 After a good cleaning, prime and paint things are looking presentable. 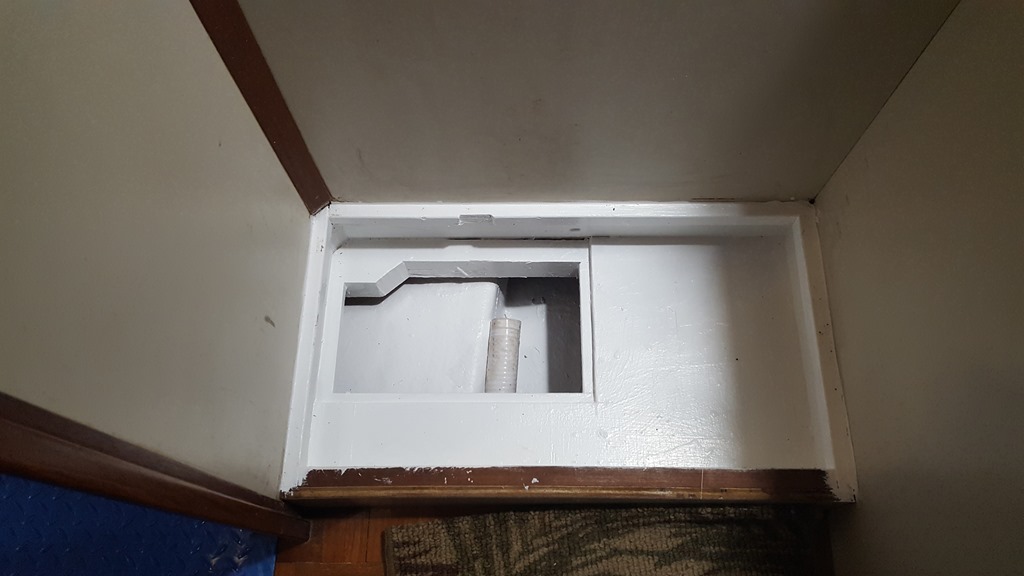 I patched up the existing cutouts and Ray here in the yard put a fresh piece of Formica on the plate. Ordered a new hose and as soon as that arrives will install the new head and get that plumbed up.

In addition we did get the tank monitoring system tested out this week as well.

We obviously are not allowed pump sewage (“black water”) over the side except in the ocean. There are also some bodies of water, such as Lake Champlain that do not allow “gray water”  (sinks/shower) discharge. Most boats are not equipped with a gray water tank so we were lucky M/V Magnolia is all ready set up.

Tested out that system as well. 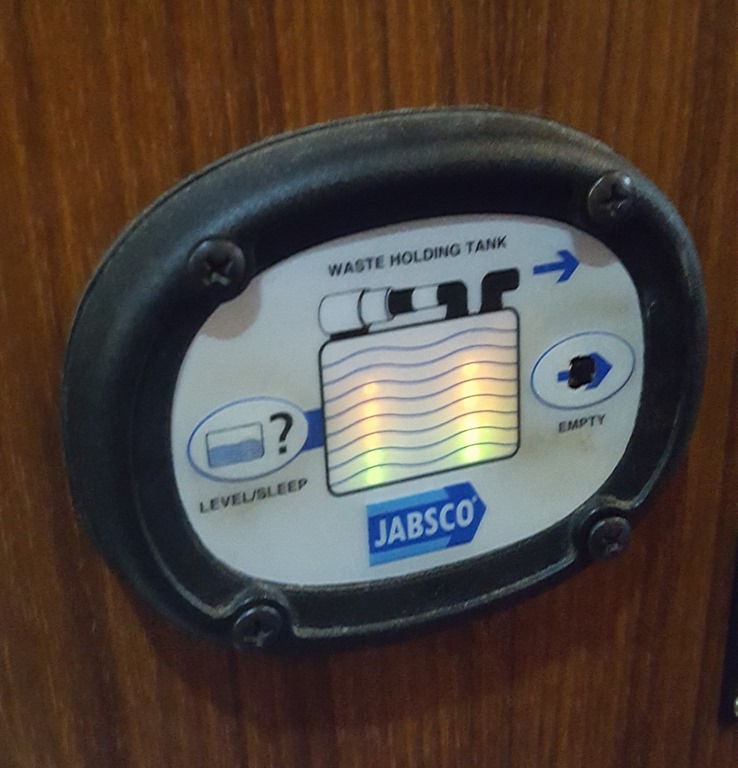 We have our electrician Steve coming back this week to help me get the Battery Topography right. The existing system very heavy duty but way to complicated. It took me a couple hours jsuts to build the chart below to try and understand all the various configurations. 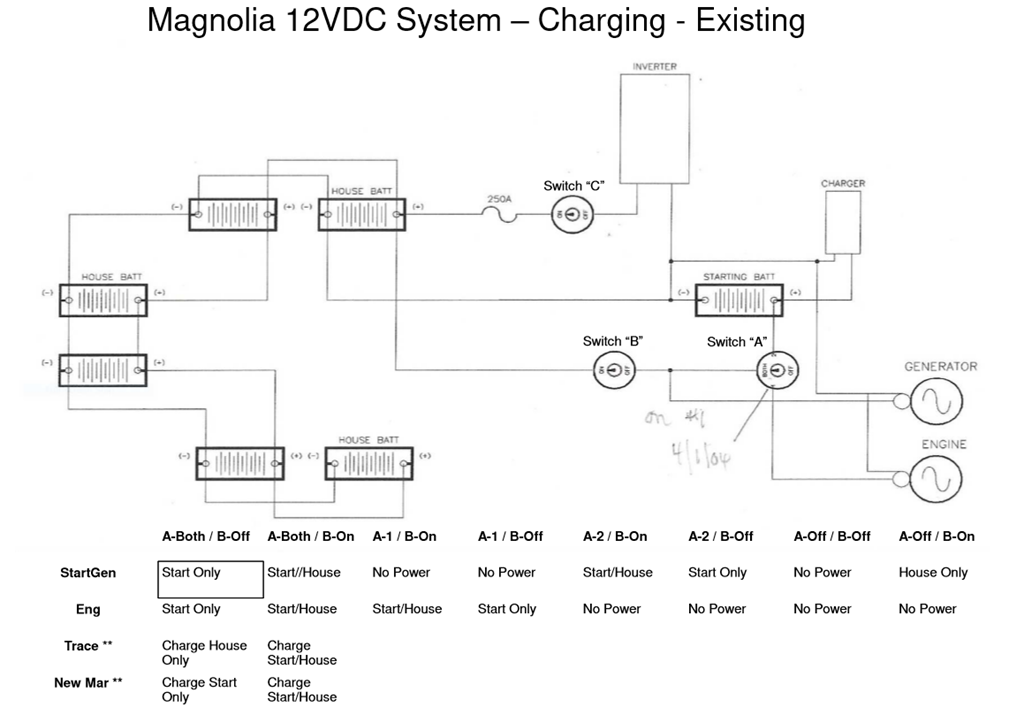 Below is scaled up version of what I installed on the Magnolia-S. Though we might reuse a switch or two, the below has no switch requirement which makes the system instantly less complicated. We are also adding a little redundancy by providing a separate start battery for each the GenSet and the MainEngine. On top of that, we are actually REDUCING the size of our battery bank from 1785ah to 1475ah. As with Magnolia-S we will make MV Magnolia as comfortable on the “hook” as she is at a dock.

Part of my job this week will to be to remove the ancient battery monitoring system. I started pulling an tracing wires 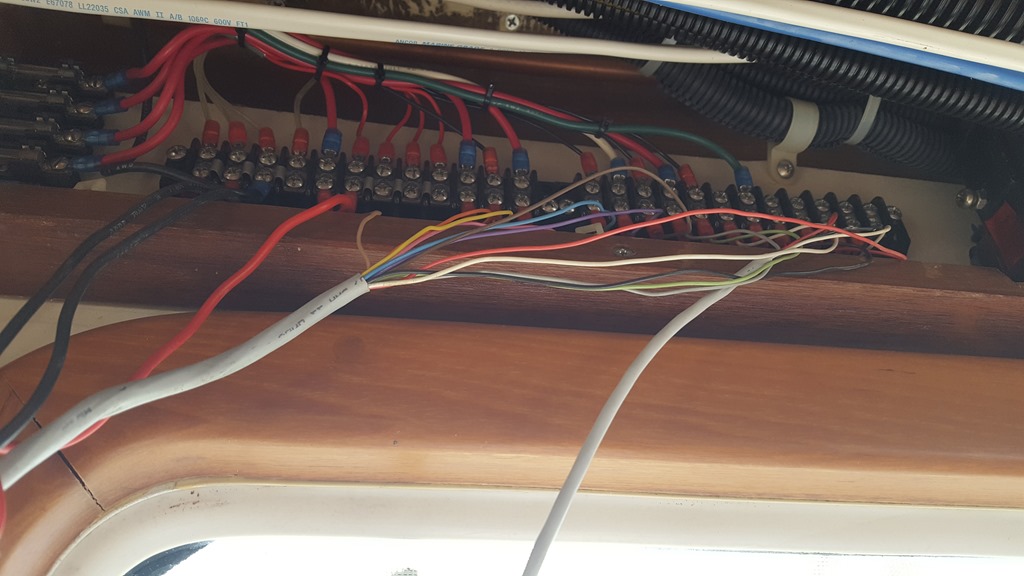 and look what I found…the last known DB-25 serial connector in use anywhere in the world (Fake News). 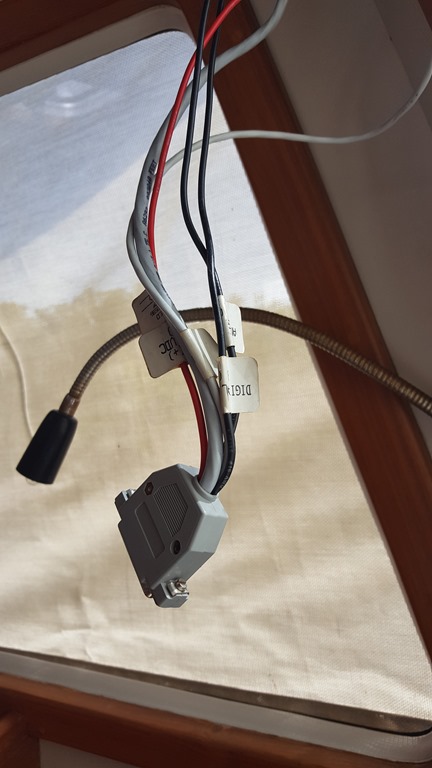 In addition to the above Matt the refrigeration man came out and checked all three of our A/C units. Had to replace 1 pump but everything is working perfectly now..particularly in the all important sewing room. Sam & John the mechanics also put the Northern Light Generator back together. She fired right up and running smoothly. The main engine is giving us some trouble…a neglected water pump leaked on to the Power Take Off (PTO) Pump / John Deere-Lugger mating collar. The darn thing rusted together and the machine show is gingerly working to separate.  Hopefully this can be resolved shortly to the Main Engine too can get operational!!

That is pretty much it from here…if you are still driving..PLEASE be careful…its scary out there on those roads!