As the strong Christmas Winds began to wane Magnolia was ready to move west 80 miles towards Fort Jefferson on the Dry Tortugas. 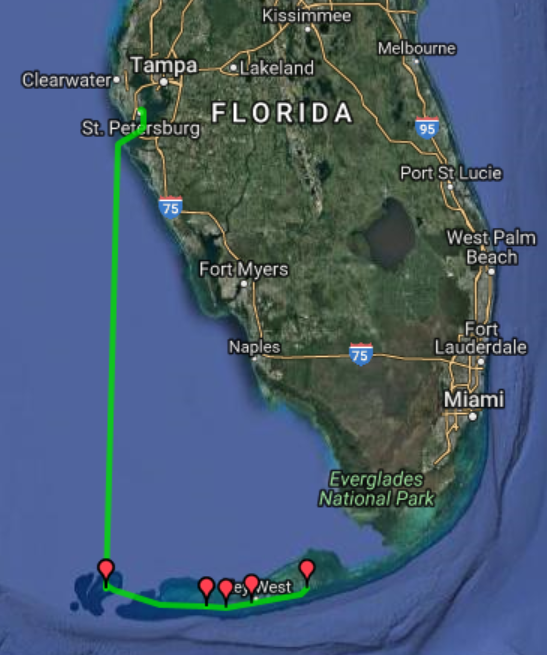 After departing Newfound Harbor we had a very fast sail passing nearby Key West. 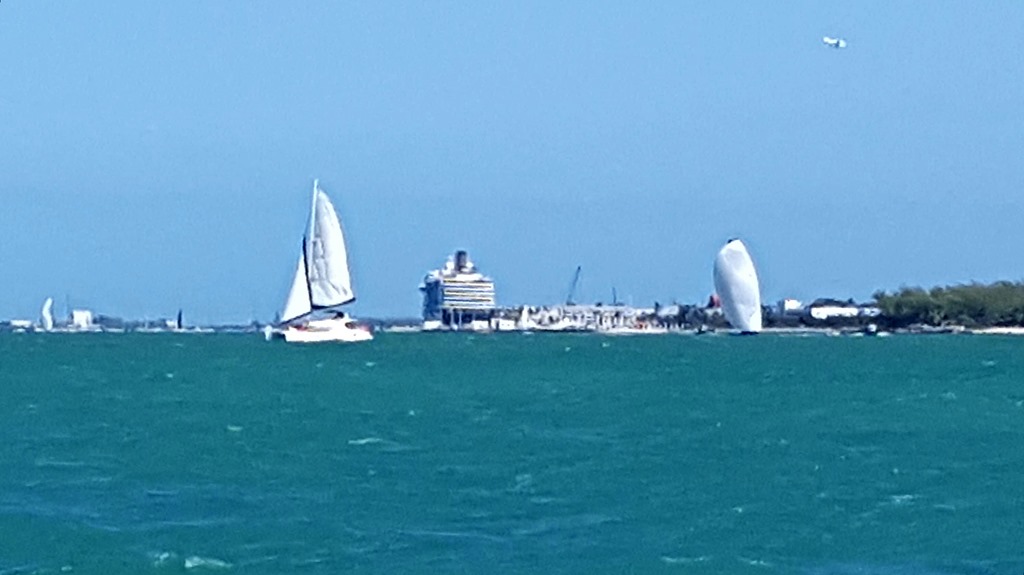 As it turned out it was Sailing Regatta Week in Key West hence the significant number of racing sailboats practicing. 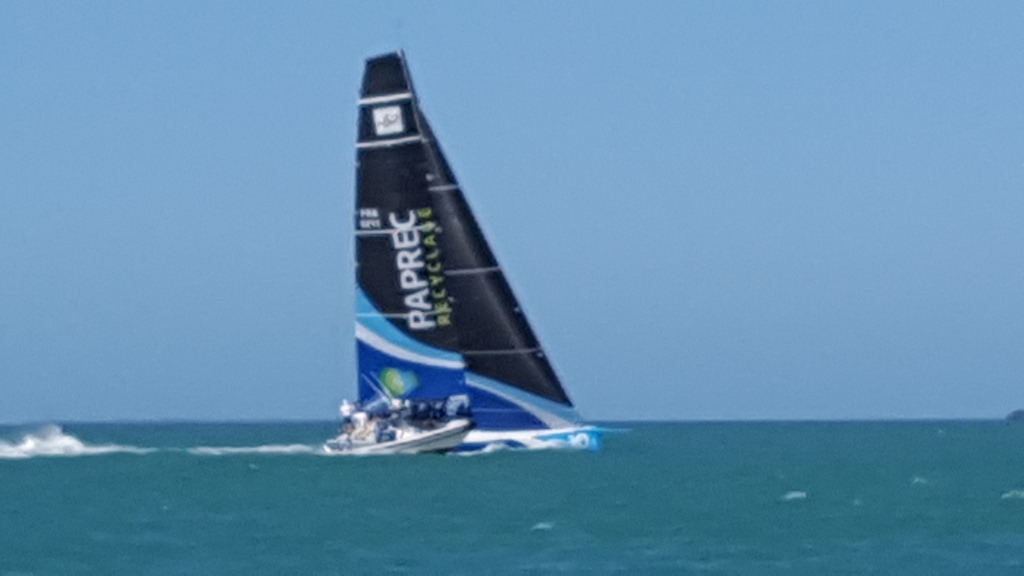 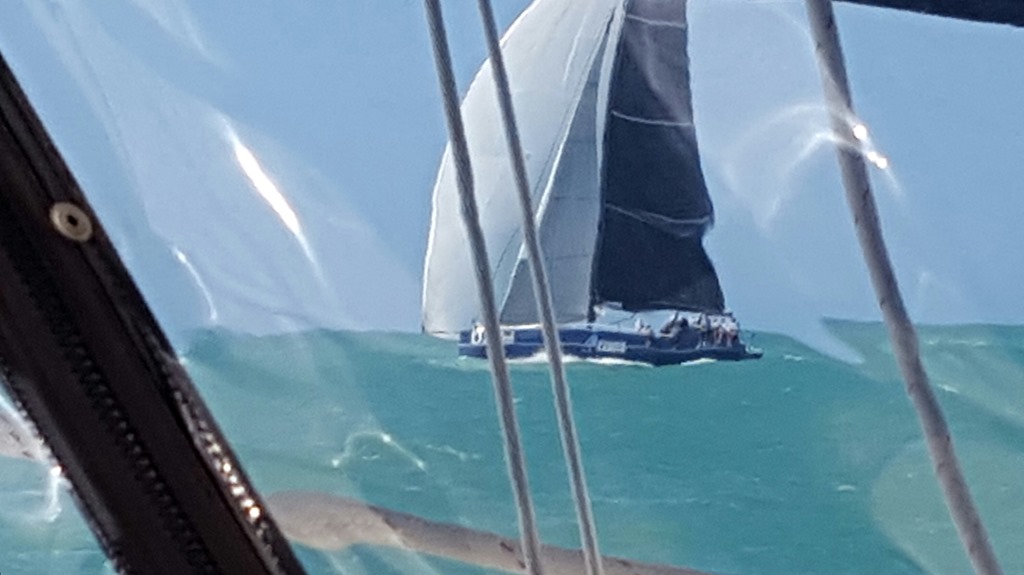 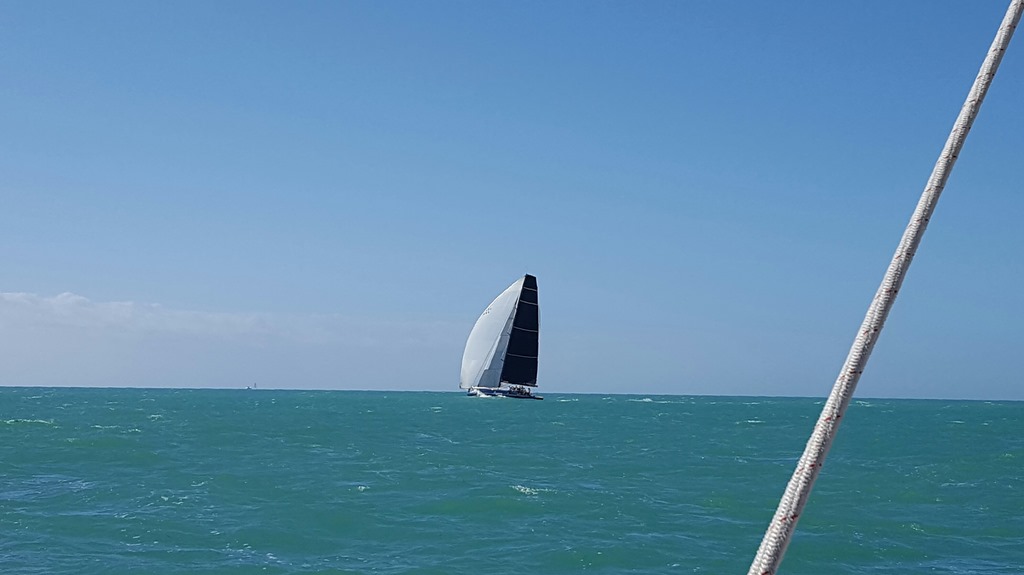 After a fast sail but a long day we arrived at the Marquesas Cays. We had an unusually difficult getting a good set from our Rocna Anchor. There appears to be very loose sand covered in grass. We finally moved well offshore got the anchor set and spent a VERY rolly night! 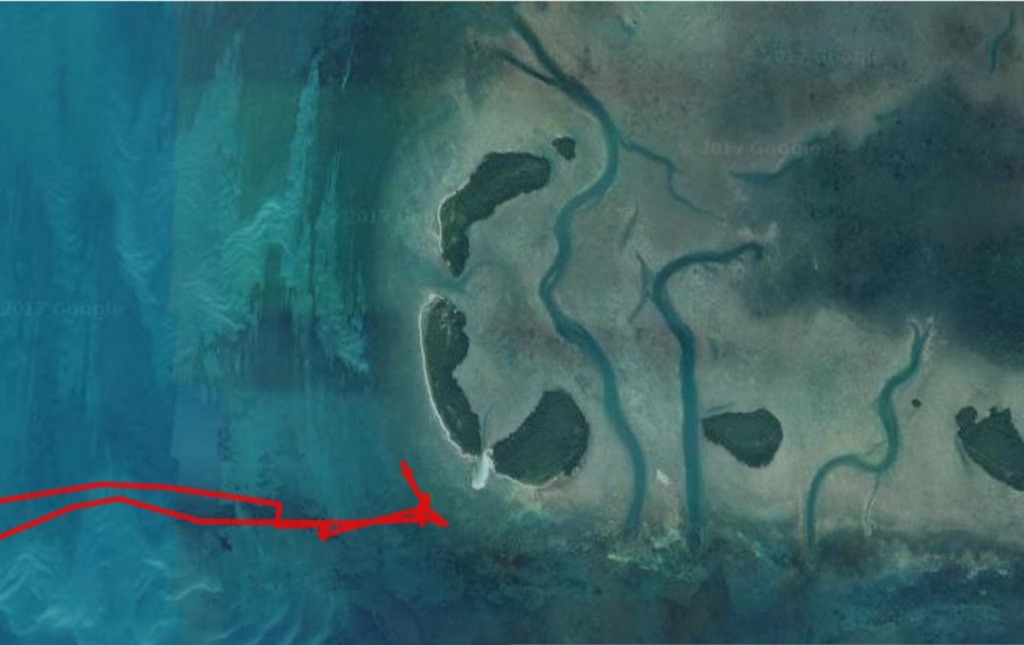 The following morning we quickly got underway bound for Fort Jefferson. 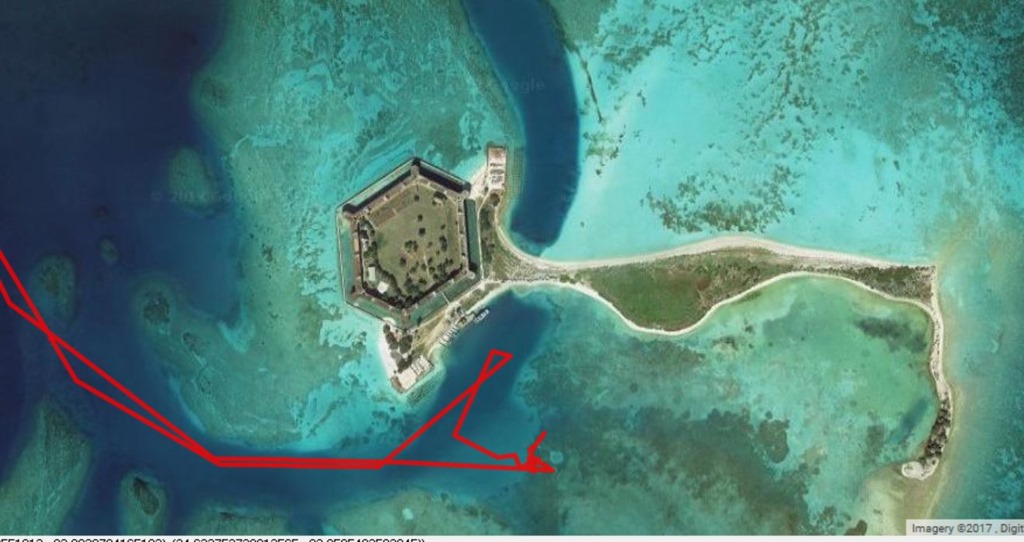 Magnolia has taken us to many very cool and amazing place but for me, well Fort Jefferson is it! As the structure began to reveal itself on the horizon I could not help but wonder what our forbearers thought about the first time they saw the massive structure as they approached. I cannot emphasize enough how far in the middle of no-where this massive fort is.  It is very isolated even by standards of our modern cruising boat, to travel there two centuries ago is incomprehensible to me! 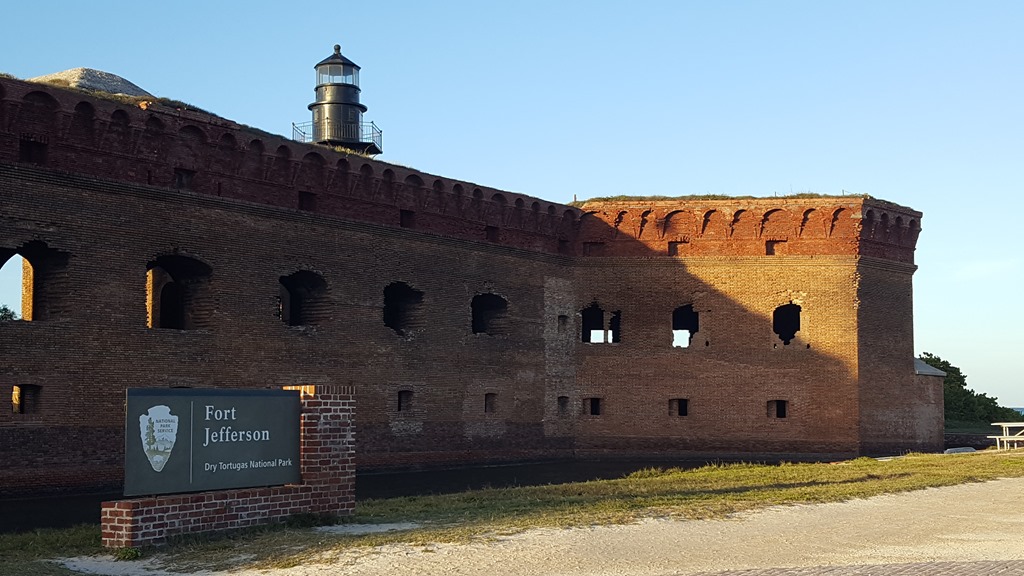 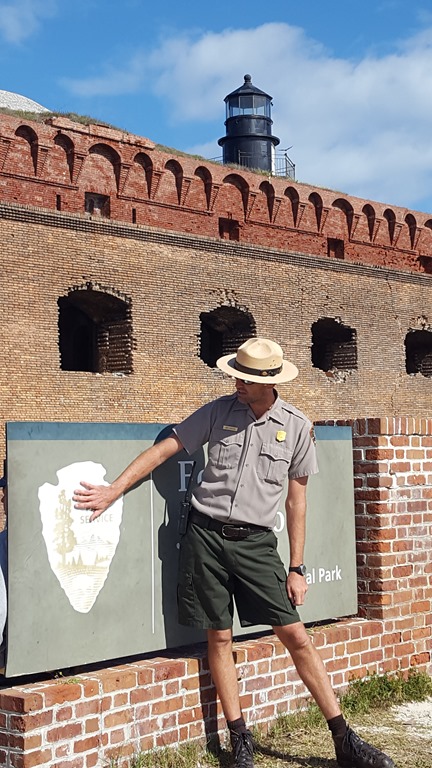 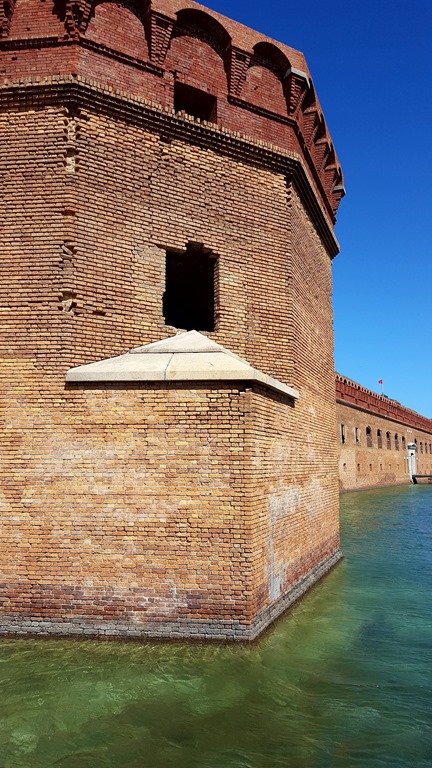 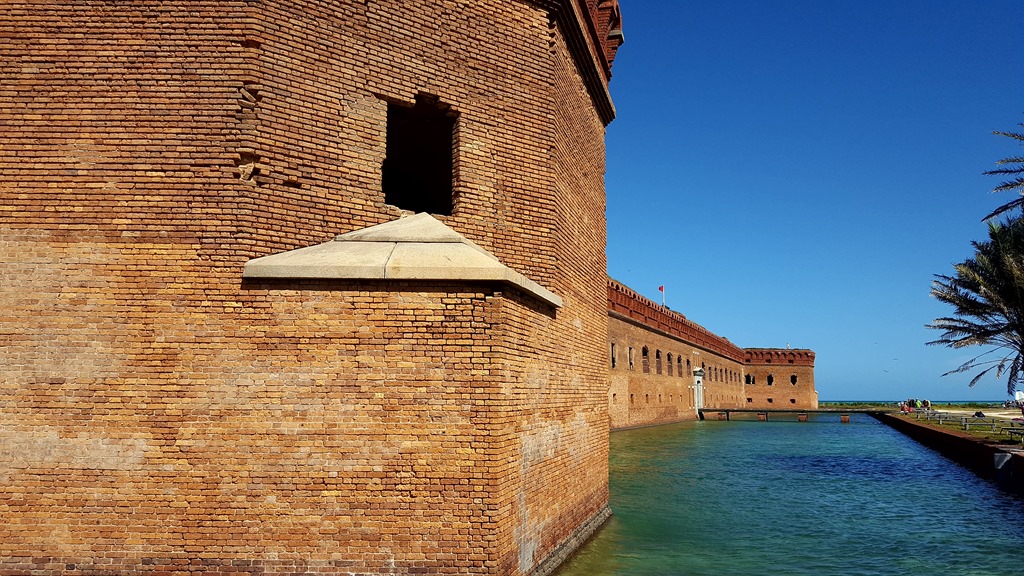 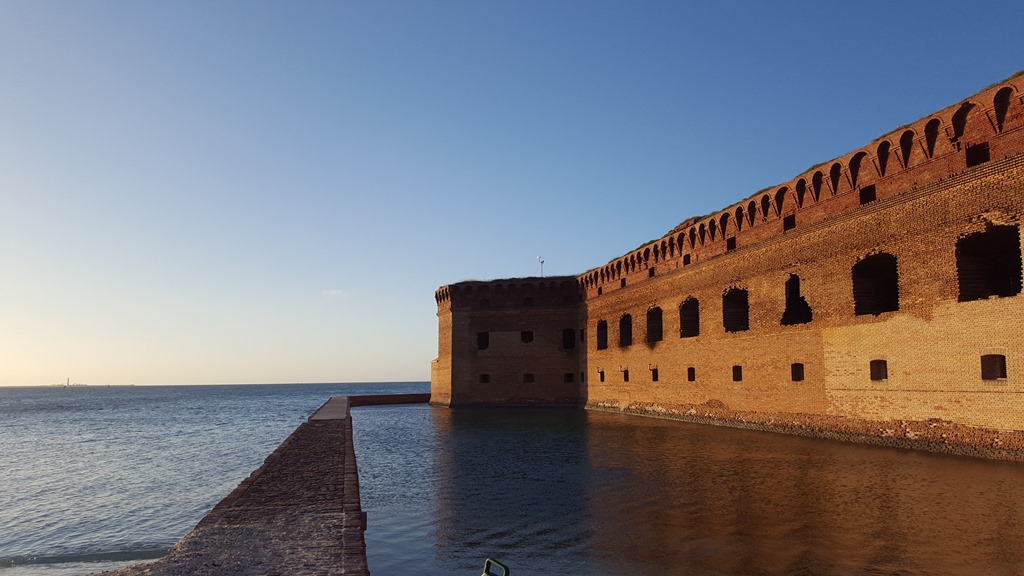 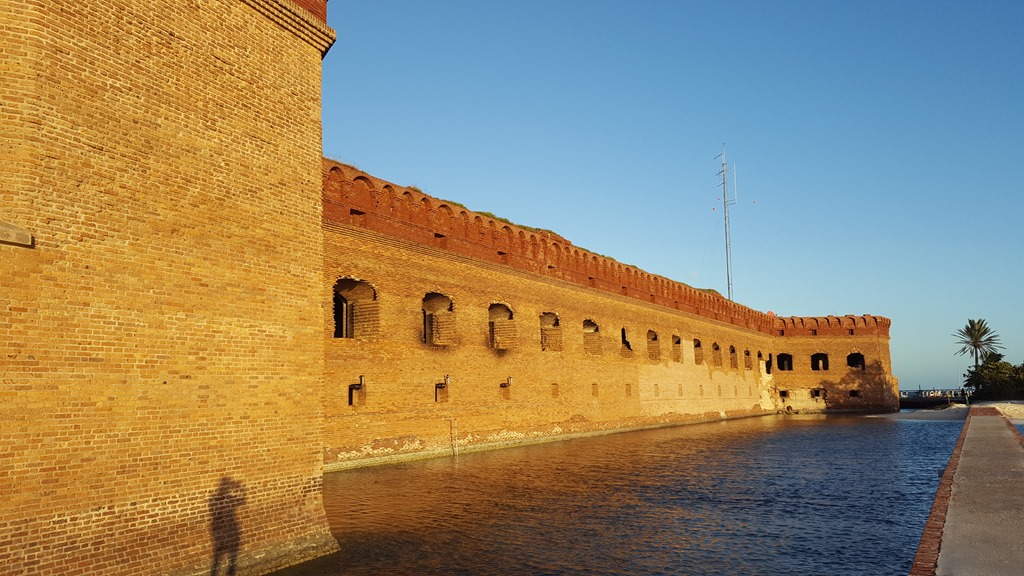 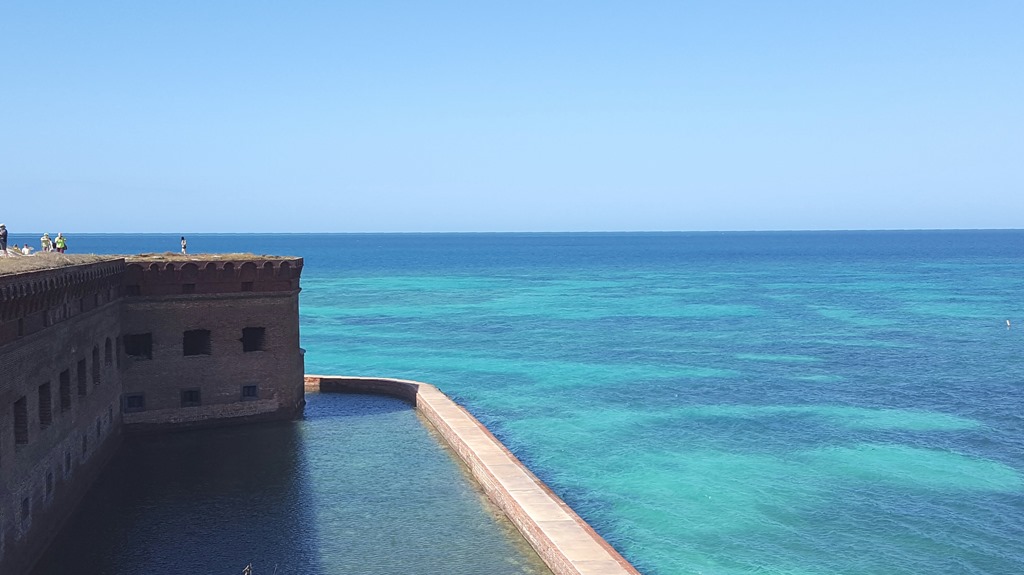 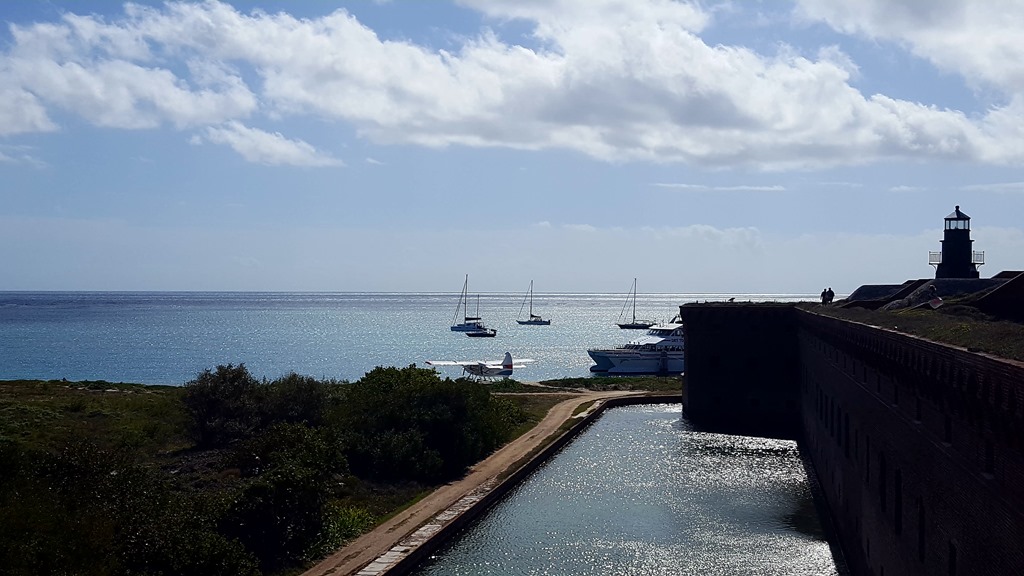 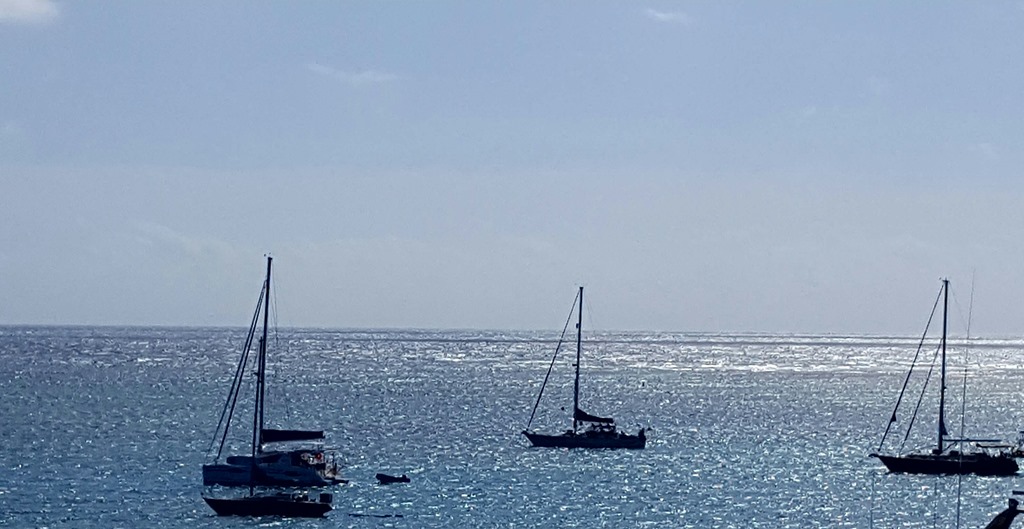 One amazing things is the gate is the ONLY entrance in and out of the fort. Just think of all the people, soldiers, prisoners and slaves that have passed through those gates. It find the though rather humbling. 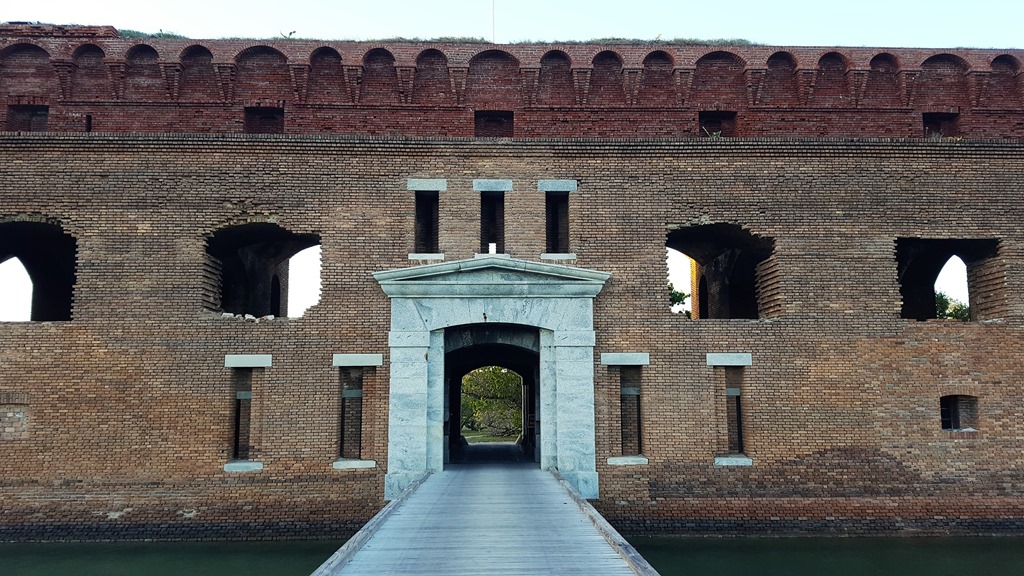 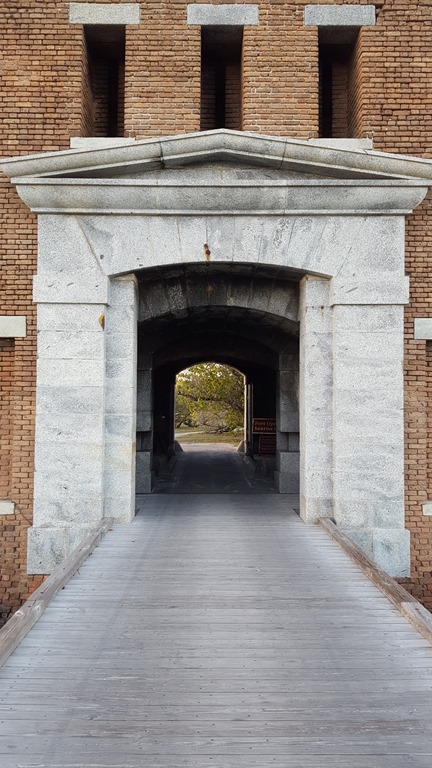 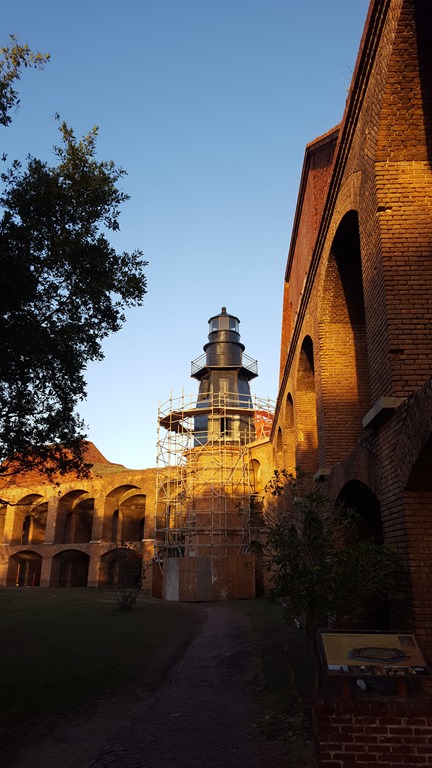 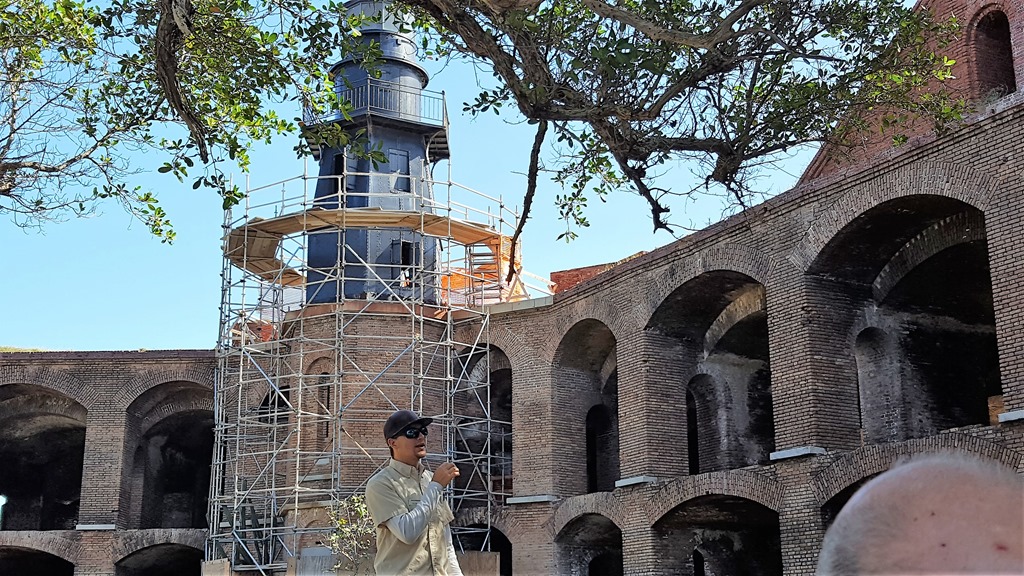 The courtyard in inside the walls felt and is surprisingly large. 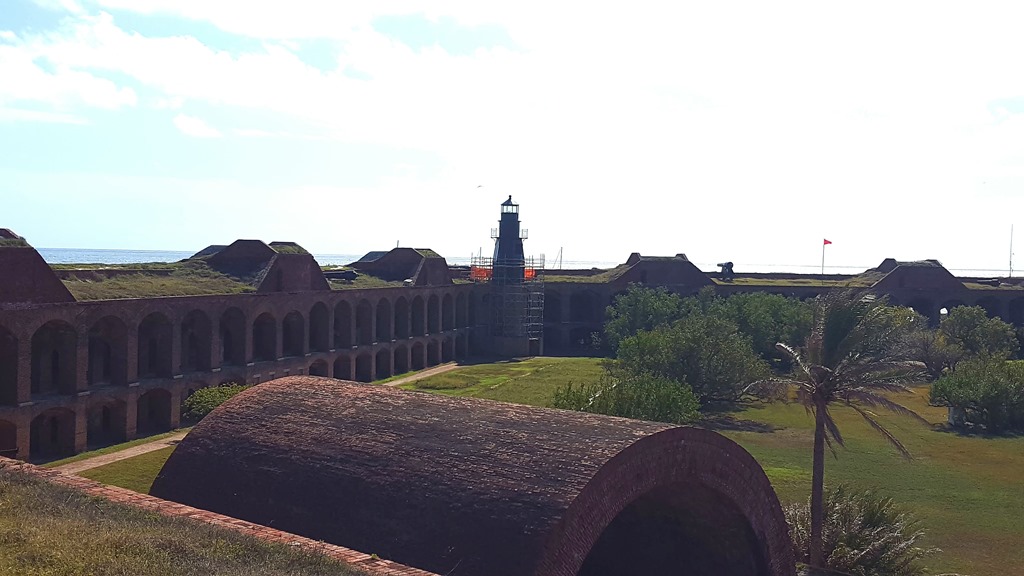 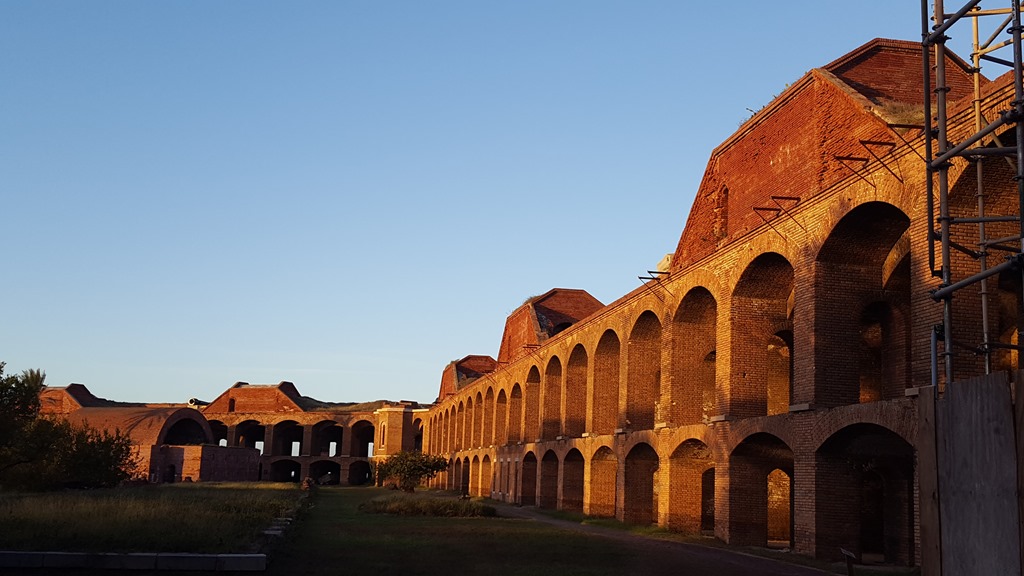 It amazes me that the original rock decking is still in place. 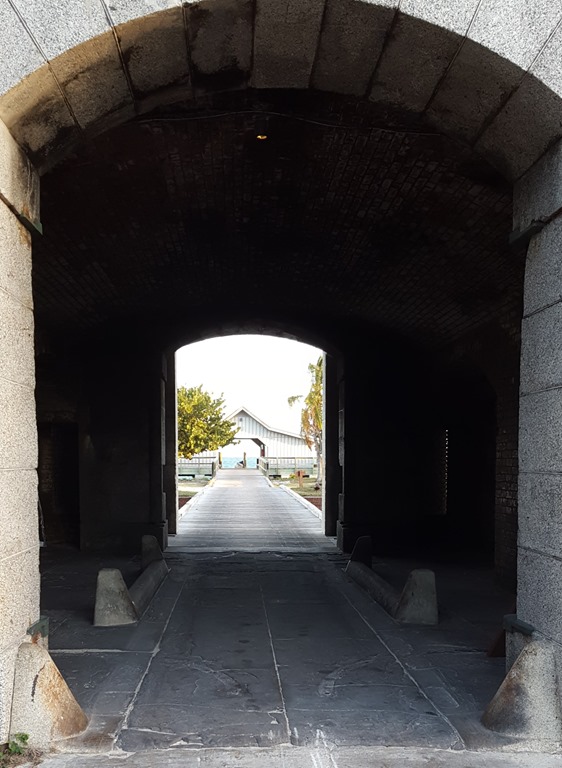 We had an amazing visit but too soon it was time to head for St Petersburg. 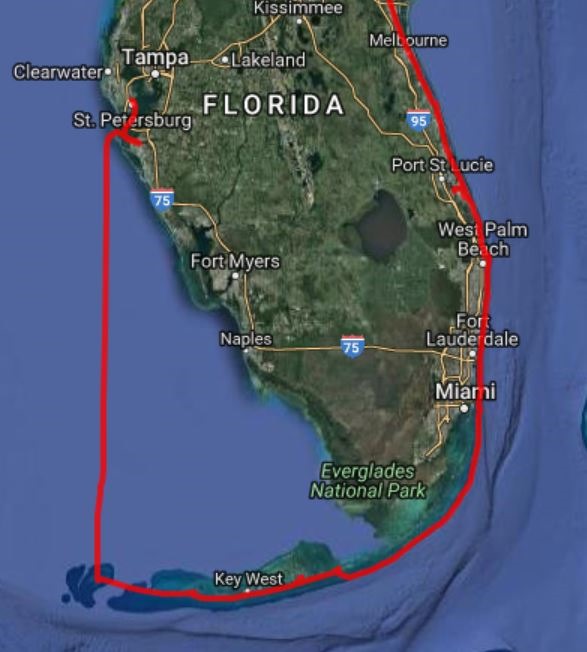